When I heard that a Need for Speed game was getting a remaster, I was quite excited. As a Need for Speed aficionado, I’ve played every entry in the series from the original on Floppy disk, the less than stellar mobile versions, and every modern iteration. EA decided to remaster the 2010 reboot of the Hot Pursuit series, one of the worst Need for Speeds to grace gaming consoles until NFS: Payback was released in 2017.

Hot Pursuit Remastered offers around a dozen graphical fidelity options that are standard for PC. I’m quite disappointed that raytracing was not implemented as Need for Speed is a game that would benefit greatly in the graphic’s department from raytraced reflections, shadows, and global illumination. While the remaster supports widescreen resolutions, it caps the framerate at 60 fps which is quite annoying when running high refresh rate monitors and graphics cards that can support high frame rates.

Even with the limited settings, Hot Pursuit is not the greatest visual game. The higher resolution textures help it look more modern; however, lighting and shadow detail still appear as though they are from the PS3/360 era. The color palette and bland setting do not help in the art department, as players race around drab brownish-green mountains with no real sense of course. 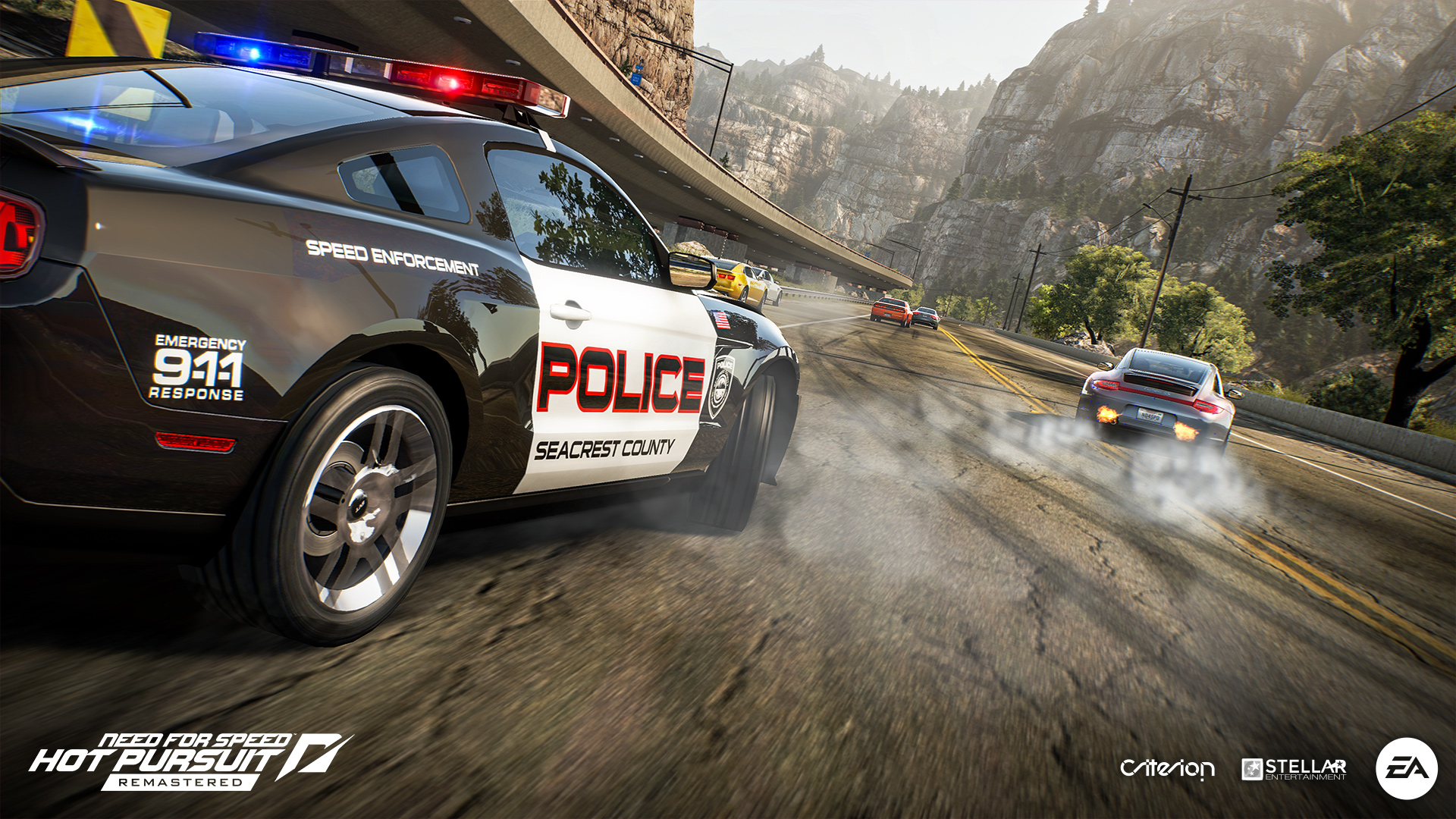 Gameplay can be broken down into two major areas as players can race against the cops or join the local police force and take down street racers. When street racing, players have a few different race styles such as circuit and sprint racing while avoiding the cops and gaining notoriety. As players gain notoriety with the police, higher-end cars are unlocked as well as more difficult races.

In Hot Pursuit, when players commit to the police races, they have two major options, sprint, and take-down. In sprint, the player must race to and complete a roadblock in a set amount of time, while in take-down players must disable the other racers before they can finish their street race.

As both cops and street racers, players have an arsenal of gadgets they can use to take out opponents, such as spike strips, emp blast, and a roadblock. While this seems like Hot Pursuit Remastered is primed as a recipe for success, the game is inexorably uninteresting. While racing, I never truly felt tension or any sort of excitement which is supposed to be a hallmark of racing games. Even the free roam mode which is supposed to be calming and allow players to learn the map is uninteresting due to the setting and lack of collectibles and explorable areas. 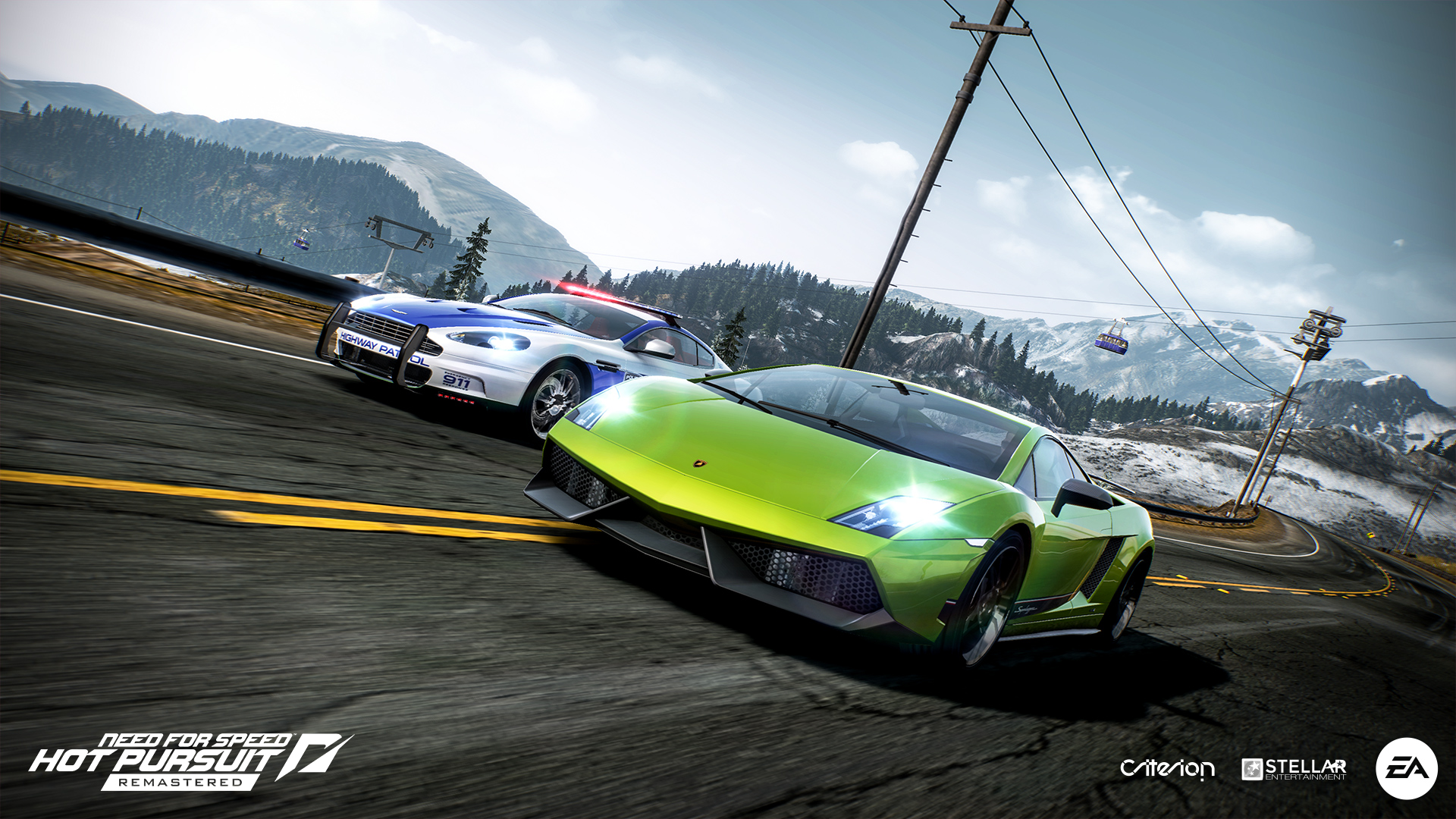 Controls for Hot Pursuit are not very good to put it politely. I experimented with multiple controllers for testing the steering and handling, but all felt horrible. Cars feel like they are sliding on glass and brakes feel as though they are made of sponge, no matter the vehicle is chosen. Controls, at times, would fight against me as I would use the analog stick to turn but, instead of headed straight on or slammed on the brakes for a corner, the car would fail to slow or stop.

The handbrake button is completely useless as it causes the car to spin out of control as opposed to its function of helping players power slide into corners. I found a solution to the drift problem by modulating the brake while flooring the accelerator, which is fine, but why have a dedicated button for power sliding that doesn’t function properly?

When going off-road to discover and take shortcuts, the screen would violently shake, while I rarely get motion sickness, the intensity of the shaking would make me feel somewhat nauseous. I gravitated to the main roads, which as stated before, leads to the race experience feeling tedious when I should have been having a fun time breaking speed limits and chasing racers. 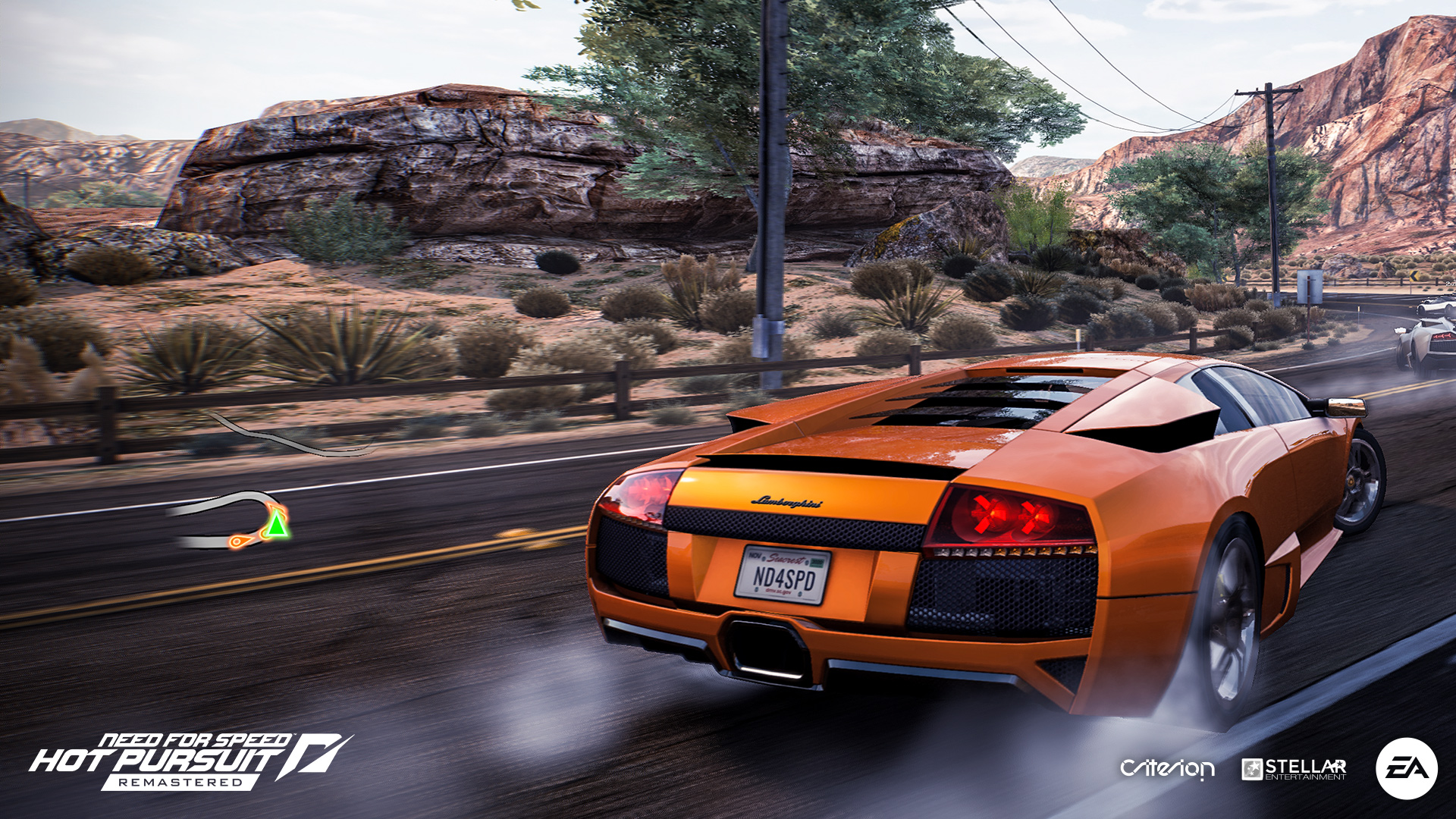 The engine sound effects of the cars in Hot Pursuit Remastered were actually very accurate which helps a racing game, whether arcade or sim, feel more immersive. Tire squeal and crashing were well enough not to discourage the experience, unfortunately, the soundtrack leaves much to be desired. This was the era in which the music in Need for Speed started to take a downturn as it rarely fits with driving; sappy rock music and overly bombastic bass beats tend to distract players from the task at hand.

Need for Speed Hot Pursuit Remastered doesn’t have a story of any type. This was the first game that EA introduced the Autolog which was supposed to make it easier for players to play online together in public and private lobbies. While a racing game clearly doesn’t need a story, the stories of NFS Heat and NFS 2015 were, not the deepest, but entertaining making those iterations more enjoyable. 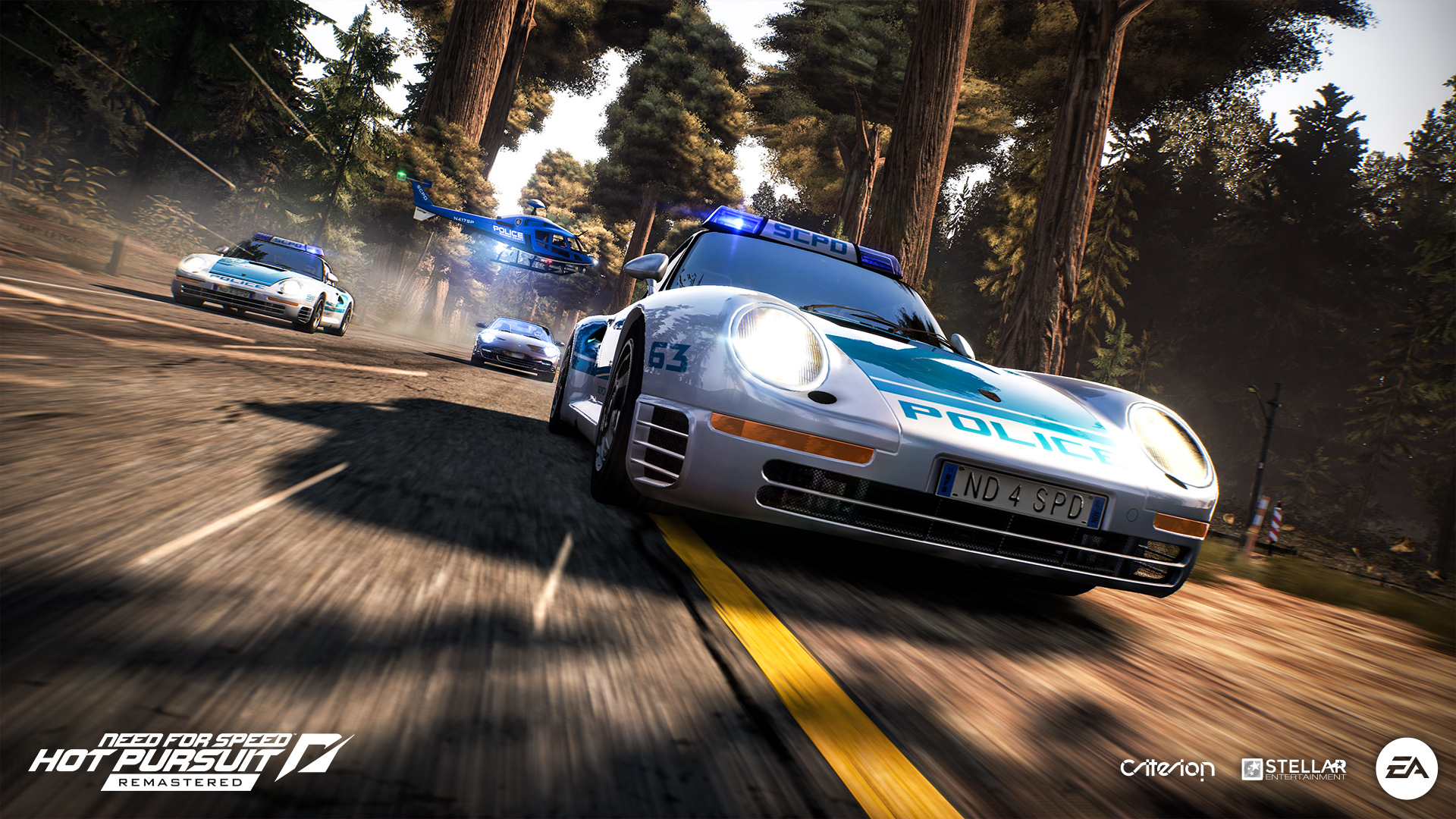 Overall EA could have remastered the original Hot Pursuit which released for the original PlayStation or Hot Pursuit 2 which was released during the PS2 and Xbox era. Both of the original Hot Pursuit games have amazing handling, car selections, soundtracks, and overall enjoyment that the latest iteration severely lacks. If players want a decent Need for Speed with cops and action, then the 2015 reboot or NFS Heat can probably be picked up on sale. If EA really wants to remaster a Need for Speed, then we’re all waiting for Underground 2.