Roxxom Rhino is stronger and immune to Miles’ Venom strikes but he’s not immortal. Here’s not to defeat Roxxom Rhino. 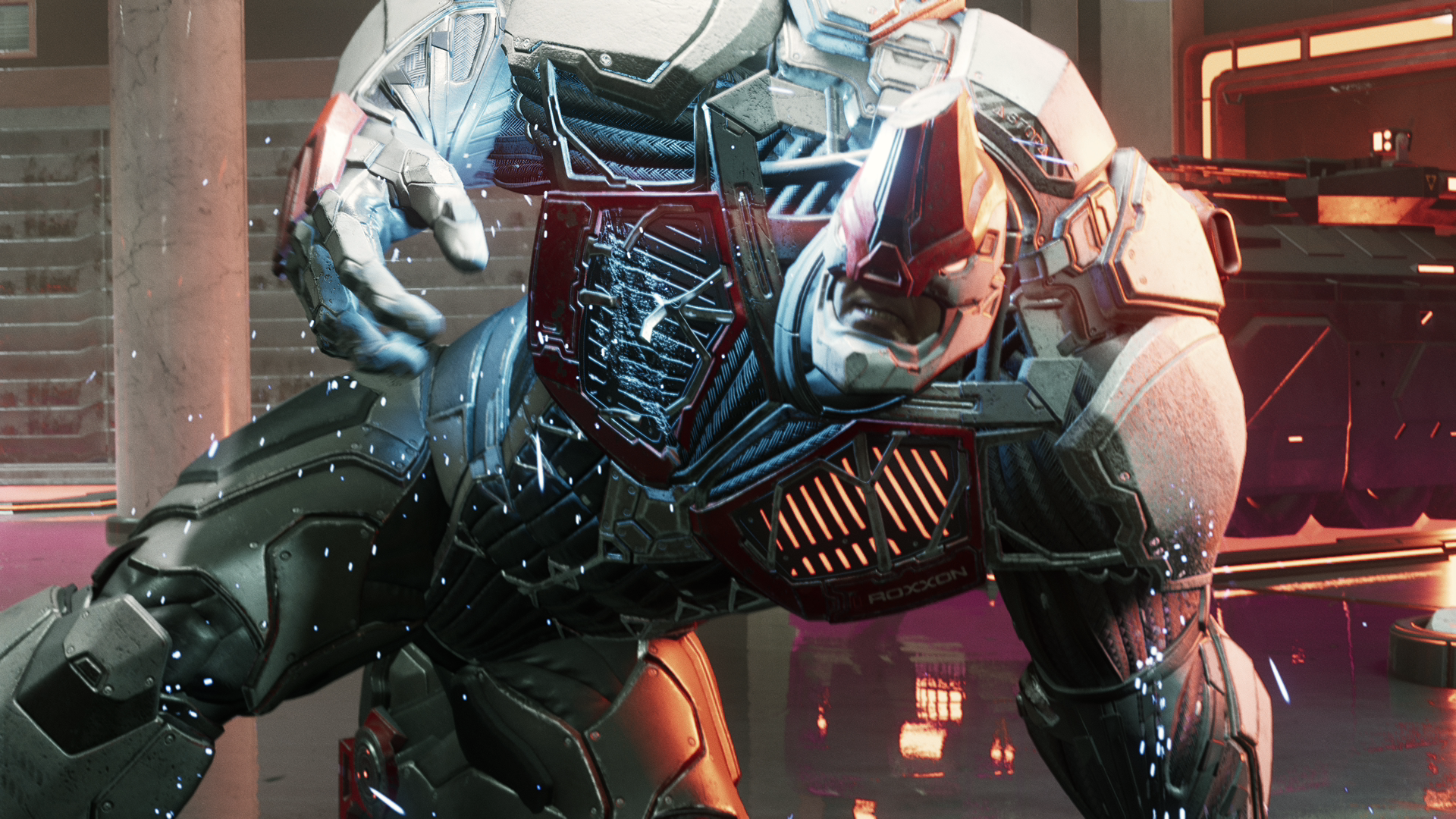 You’ll have Phin on your side here but she’s worthless in this fight. Instead, you’ll have to deal with both the Roxxom soldiers and Rhino. When Rhino charges are ready to dodge and mount Rhino, charge him into a wall, and start hitting him. The key here is to maximize strikes and use your Venom strikes for crowd-control against the Roxxom soldiers.

In Phase 2 Rhino will start tossing tanks. When they’re destroyed they’ll leave a battery behind, use your Venom strike to charge the battery, and toss them back at Rhino. This will open him up to another beating. Make sure to avoid his star-pattern strikes which will drain Miles’ Venom meter.

During the third phase, you can start using Venom strikes. Like the first fight against Rhino, avoid being hit, charge your Venom meter, and strike.

Check out our review of Marvel’s Spider-Man Miles Morales.