It is hard to describe how excited everyone here is at Gaming Access Weekly because of the new Gaming Generation that is coming! For those of you that may have forgotten, the release dates are just around the corner, November 10th for Xbox Series X and PlayStation 5 on November 12th. So, because it’s almost time for the changeover, we continued to ask your favorite GAW staff what some of their favorites were during this console gen.

This time we asked them, “What was your favorite FPS game of the Generation?”

Here is what they all had to say:

As my title dictates, I’m a panic shooter. Especially, when it comes to games like Apex Legends and PUBG, so Battle Royales are straight-up not any of my choices. I struggled with this because, for this generation, everything inside me wanted to say Overwatch because I truly loved that game. I loved the characters (Mei is Bae for life!), My buddies and I would play every night and we got better and better. The esports scene exploded with Overwatch and probably helped me get into it way more, however, now, the veneer shine has faded for me and while I still watch the esports form, I very rarely ever play. What remains of my FPS pick is only Star Wars Battlefront II. I know that hurts a lot of people.

EA completely messed up this game’s launch, so much so that the thought of this game still turns off so many people. However, EA fixed many, MANY of its own issues. Now, SWBF2 is one of the only FPS games I even play anymore. Playing as a Storm or Clone trooper, all of the Battle Droids, and even your favorite Jedis/Sith characters are just so much fun to me. Still! The game can be played first OR third-person depending on who you are playing as and the need to survive. There are a few different modes that players can have their choice of fast matches on 6v6 or giant ones that are 20v20.

Even the Story mode of Iden Versio made me very much want a movie with her in it. While short the story mode gives you a good handle on how to play and is a well-written Star Wars short. Overall, Star Wars Battlefront II wins because of its lasting value for me. I even bought it multiple times. So much fun. 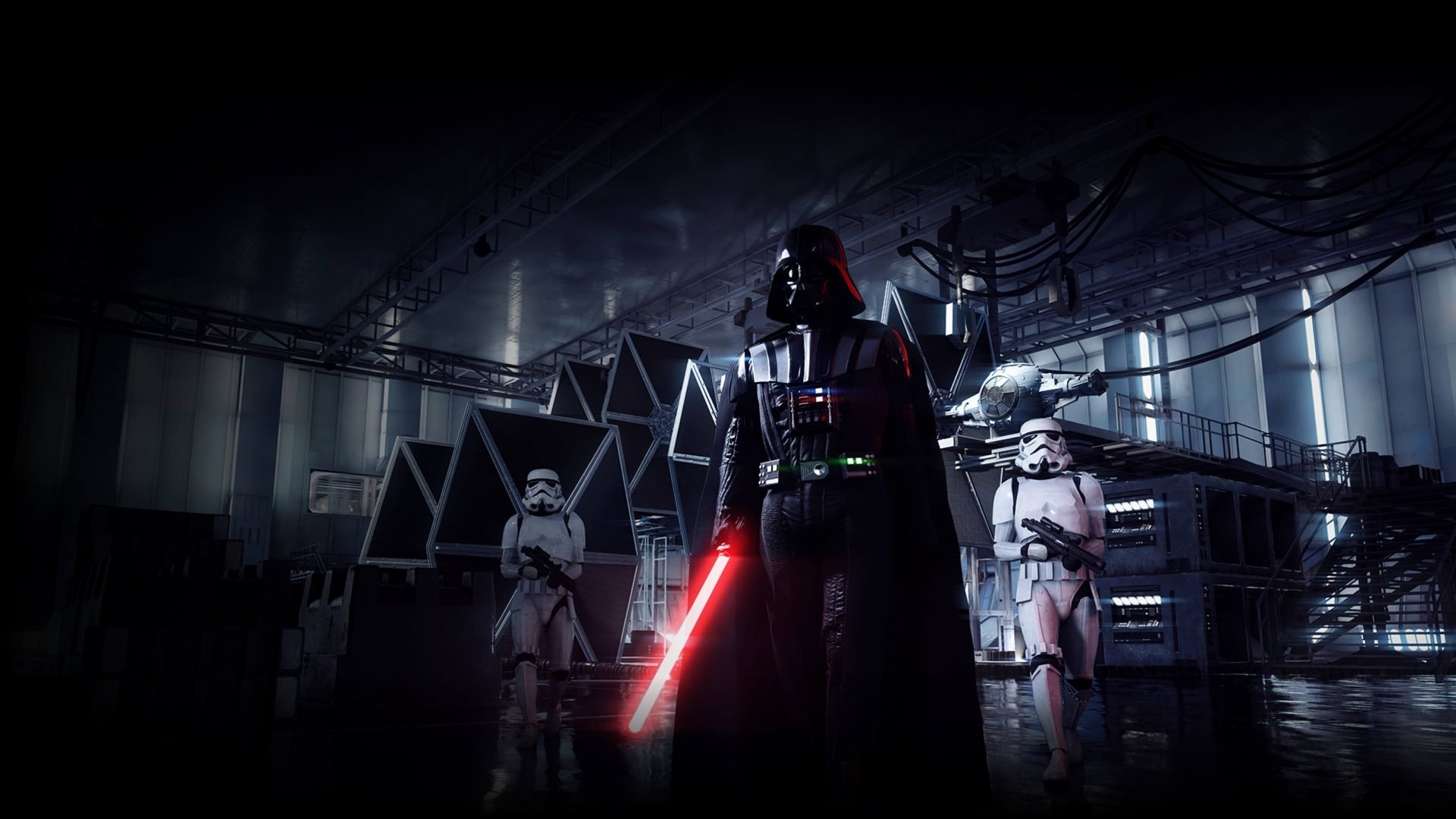 There have been so many fantastic shooters this generation. While it isn’t first-person Gears 5 is phenomenal, the Modern Warfare reboot was outstanding and made me question what I would do in certain scenarios with its’ superb story. Doom was once again at the forefront with its fast-paced demon-slaying antics and Overwatch was the talk of the gaming world for a while. We also can’t forget what Rainbow Six: Siege brought to the table with top shelf 5v5 multiplayer.

For me, though the best damn shooter to show up this past generation is moving with us into the next. Apex Legends has the best gunplay of any battle royal on the market. The characters and lore that accompanies them are so well written and I look forward to each new trailer and video that comes out. It is the quintessential shooter for me. If this game didn’t exist I wouldn’t have had the chance to compete against some of the best players in the world and surprisingly hold my own. Even on the days where I am beyond frustrated with the game and feel like I can’t do anything right I still want to play the game and see it succeed. Not to mention I haven’t related to a character as much as I do with Mirage in so long.  I really look forward to what Season 7 brings.

I even have talked to one of the contracted companies that do the artwork for some of the skins and am working on going back to school to learn character art or graphic design. 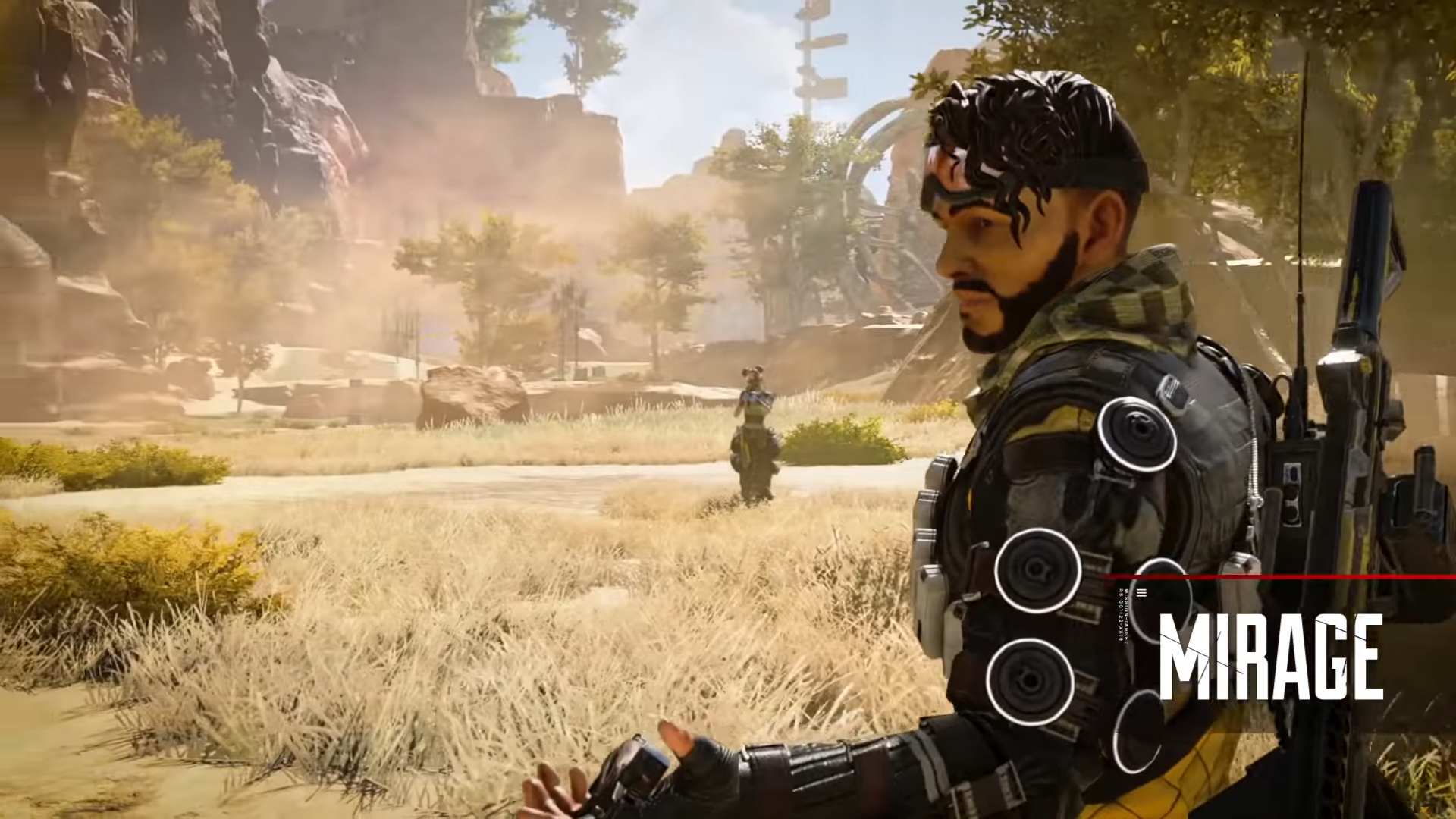 When Jason West and Vince Zampella unceremoniously left Infinity Ward, speculation was abounding for what was to come next from the creators of Call of Duty. Turns out, what they had in mind was genre-shifting. The first time Titanfall (the first title from new studio Respawn) was shown off blew people away. There were massive multiplayer maps. There were giant robots fighting each other alongside players. Here was-gasp-double jumping and wall running in an FPS. The movement brought forth by Titanfall was immediately copied across the spectrum and became the standard for years. Missing though, was a robust campaign. While Titanfall 1 did have a story, it was told through voice-overs and dialog between characters during multiplayer rounds; it was hard to figure out what was going on.

Enter EA, who bought Respawn in the interim after Titanfall. Now, I know what you’re thinking, “OOOOOO EA BAD,” and yeah, they’ve made some pretty dastard business decisions (rip Visceral ;-;). But Respawn Ent assured us, they had full control, and boy did they. Titanfall 2 came complete with one of, if not, THE best story campaign for an FPS in a decade and revamped multiplayer that built and expanded upon everything from the first game. The biggest drawback to Titanfall 2 was its burial-on-arrival between perennial powerhouse shooters Call of Duty and EA’s own Battlefield 1. Release date woes notwithstanding, Titanfall 2 was a critical darling, garnering rave reviews from across the industry. But it’s hard to break out the shadow of your ex, luckily with everything established by Titanfall 1 and 2, Respawn has finally been able to break out and create the mega-popular Apex Legends (which has lore implications for the Titanfall franchise and takes place in its world too but I’ll spare you the deets of that for now-it’s dope though).

Most of the time you can find Titanfall 2 for cheap, and you owe it to yourself if you haven’t played it yet. Prepare for Titanfall. 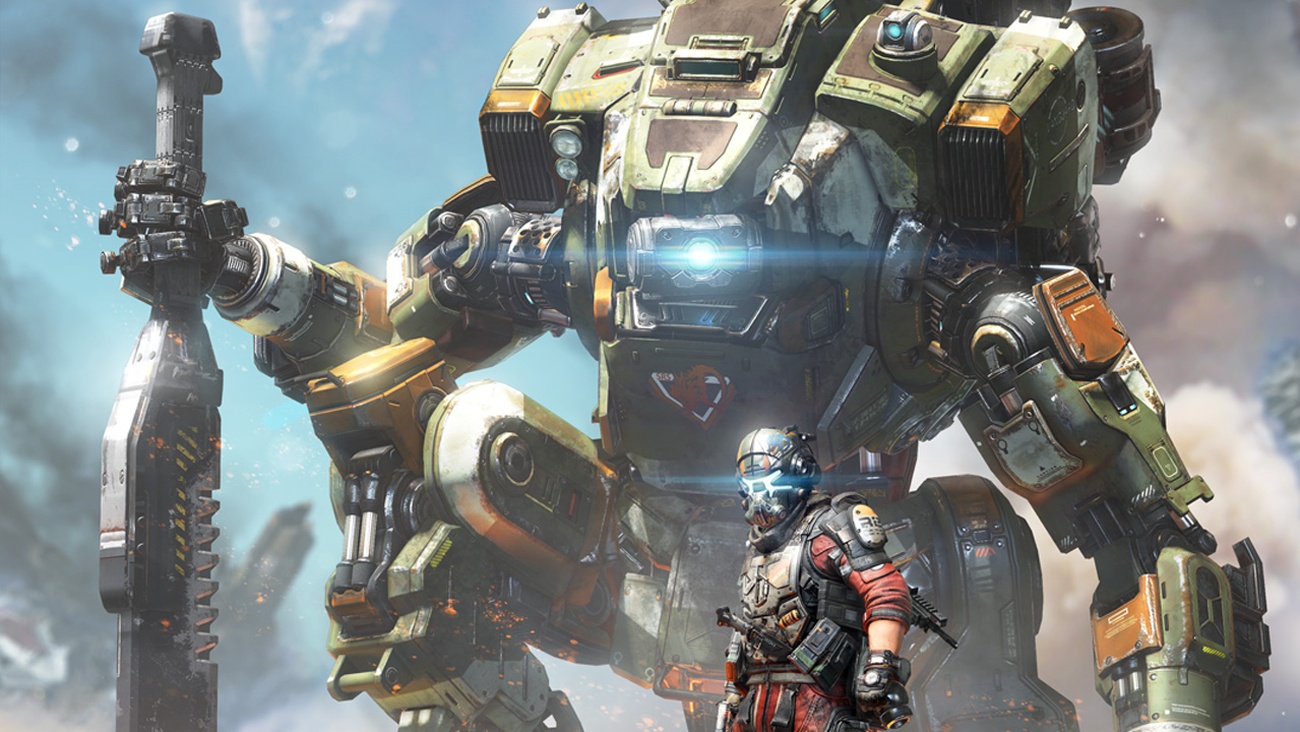 Robin H.
Senior Editorial Writer/The Only Thing They Fear is You, Especially You (waves at Doom Guy)

This past generation has given birth to many excellent titles across many genres, but the first person genre especially has thrived in both your typical multi-player fashion and especially in well-told, immersive single-player campaigns. We’ve had games like Rainbow Six: Siege, three entries in the Far Cry series, many (many) Call of Duty’s, your not-so-typical shooters in the form of Dishonoured 2 and Prey, the fantastic ending to the Metro series: the list really does go on. But it was this year that gave us the greatest first-person shooter of the generation, and funnily enough, it’s an old-timer reclaiming the crown as the greatest shooter experience I have played in a decade. The game I am talking about is Doom Eternal.

What can I say about Doom Eternal that I haven’t said in my lengthy review that was gushing with praise for its expertly crafted world-building, level design, and combat loop? Or the fact it has some of the best music I have heard in a game or the fact that each dash, punch, shotgun blast has meaning and purpose for a game so ripe with brutal conflict? Doom Eternal is a very special game that combines many incredible design decisions and a refinement of what its predecessor did when it released. id software has always been the masters of first-person shooters, but Doom Eternal truly went above and beyond anything I could have ever imagined. It somehow made the previous Doom feel slow and archaic in comparison.

While its campaign is no Shakespearean display of writing, it tells its story more so through the game’s actions and movement as you delve through its surprisingly large campaign. Finishing Doom Eternal in ultra-nightmare was one of the most difficult, rewarding things I have ever experienced in gaming as a medium. Now, I’m currently going through it’s first DLC The Ancient Gods Part 1 which is somehow just as satisfying and even more difficult than the main game: id software have created a beautiful monster with this reinvention of a classic tale of man v.s. hell.

Christopher T.
Staff Writer/Had to spend the weekend with some demonic entities…wow were they annoying

It is hard to believe that a game released back in 1993, Doom, would evolve the first-person shooter into the fun and prominent genre that it is today. While Doom was not the original first-person shooter, it spawned many great games that were simply referred to as Doom clones, such as the original Half-Life, Quake, Halo, Timesplitters, and the list is nearly endless. As first-person shooters became more popular during the early and mid-2000s, a great dulling of the genre started to occur. Doom and the many ‘clones’ that came after were very fast-paced and somewhat difficult games, the slower, cover-based, health regenerating, story-driven military shooter started to rear its ugly head.

In the modern military shooter, as the player character takes damage players must hide behind cover, wait for their health to regenerate before popping out to take potshots and bland, idiotic NPC’s. If players run out of ammunition they can just pick up another boring enemy gun which has basically the same stats like all the other weapons in the game. Doom 2016, my FPS of the generation (haven’t played Doom Eternal…yet) rectifies the misdeed’s of the modern military shooter by going back to its old-school roots. Doom incentivizes aggression, if the player is low on health they don’t hide behind some wall like an Arkadian from the Peloponnesian Wars, Doom forces players to run out, like a Spartan, and get health by murdering satans horde.

In Doom 2016 enemies don’t patrol a small area and shield themselves behind cover, demons run all around the map attempting to outflank the player because let’s face it Doom Guy is terrifying. In Doom, players don’t have safe spaces or any reprieve from battle until they’ve ripped the gullet out of the last demon of the level. Doom 2016 is a non-stop adrenaline rush in no small part to the violence, excitement, and the overall glory of ripping off a demon’s arm then beating them to death with said appendage. Level design, the soundtrack, enemy design, and the weapons are all legendary, while the modern FPS wants players to have an ‘experience’ Doom just throws players into the frying-pan but gives them all the tools needed to survive assuming they have the skill. Doom rewards the player’s exploration efforts with more fighting, a perk modern games have forgone. 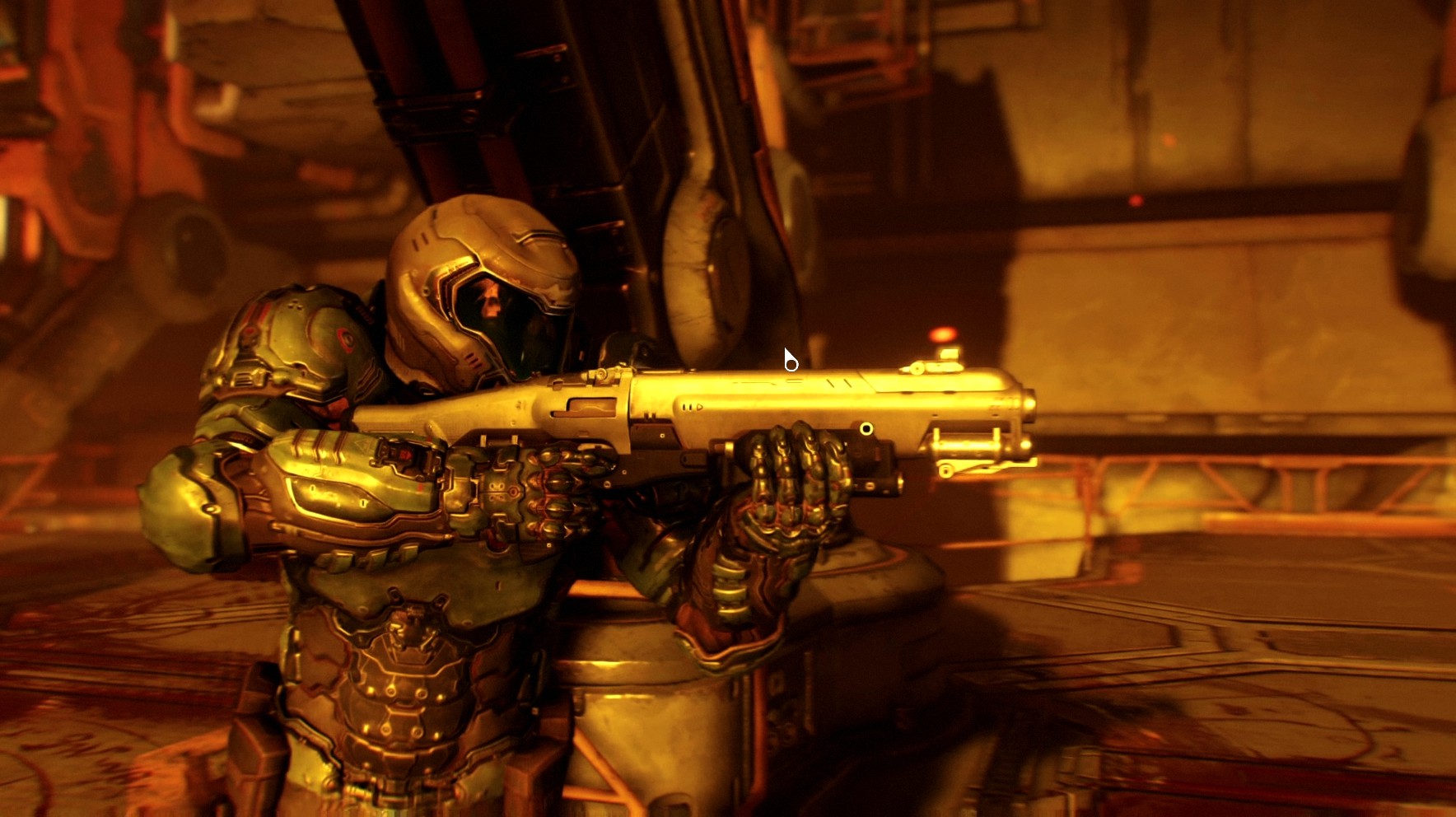 There you have it folks…maybe not the FPS list you thought would happen? Tell us in the comments below what YOUR favorite FPS was this generation! STay Tuned to Gaming Access Weekly for more on the passing of this generation.