Treyarch’s turn is up again and they developed the next iteration of the Call of Duty Black Ops Series, Cold War. As the name might suggest, it takes place during the late Cold War when distrust and Espionage was at its height. Call of Duty Cold War offers several gameplay events from a single-player cinematic experience, a zombie horde mode, and the multiplayer familiarity that players should all know and love or possibly hate.

Call of Duty Cold War has quite a significant number of graphical fidelity options, which is quite typical of the series as of late. Ultra-widescreen and ray tracing are supported for Cold War, however, there was a rendering problem when attempting lower resolution borderless window mode. I attempted to run the game at 1080p borderless window to test how much performance is gained from reducing resolution from ultra-wide 1440p.

Unfortunately, the game would still output ultra-wide but limit the gameplay area in the window to 1080p, increasing the size of the black bars on the side, so the situation was less than ideal. Hopefully, this rendering resolution conundrum can be patched out.

Cold War has a litany of gameplay tweaks for players to peruse, including standard options such as mouse smoothing, mouse acceleration, and Xbox controller support that should be expected in a multi-million-dollar triple-A title. Activision and Treyarch have added a very nice feature for players who decide to live-stream the game.

Players activate special streaming options where names will be hidden from viewers and matchmaking is given a slight delay to prevent players from stream sniping, essentially watching a streamer, jumping into their game which can lead to unfair advantage and potential harassment. More games should implement such policy options in the future. 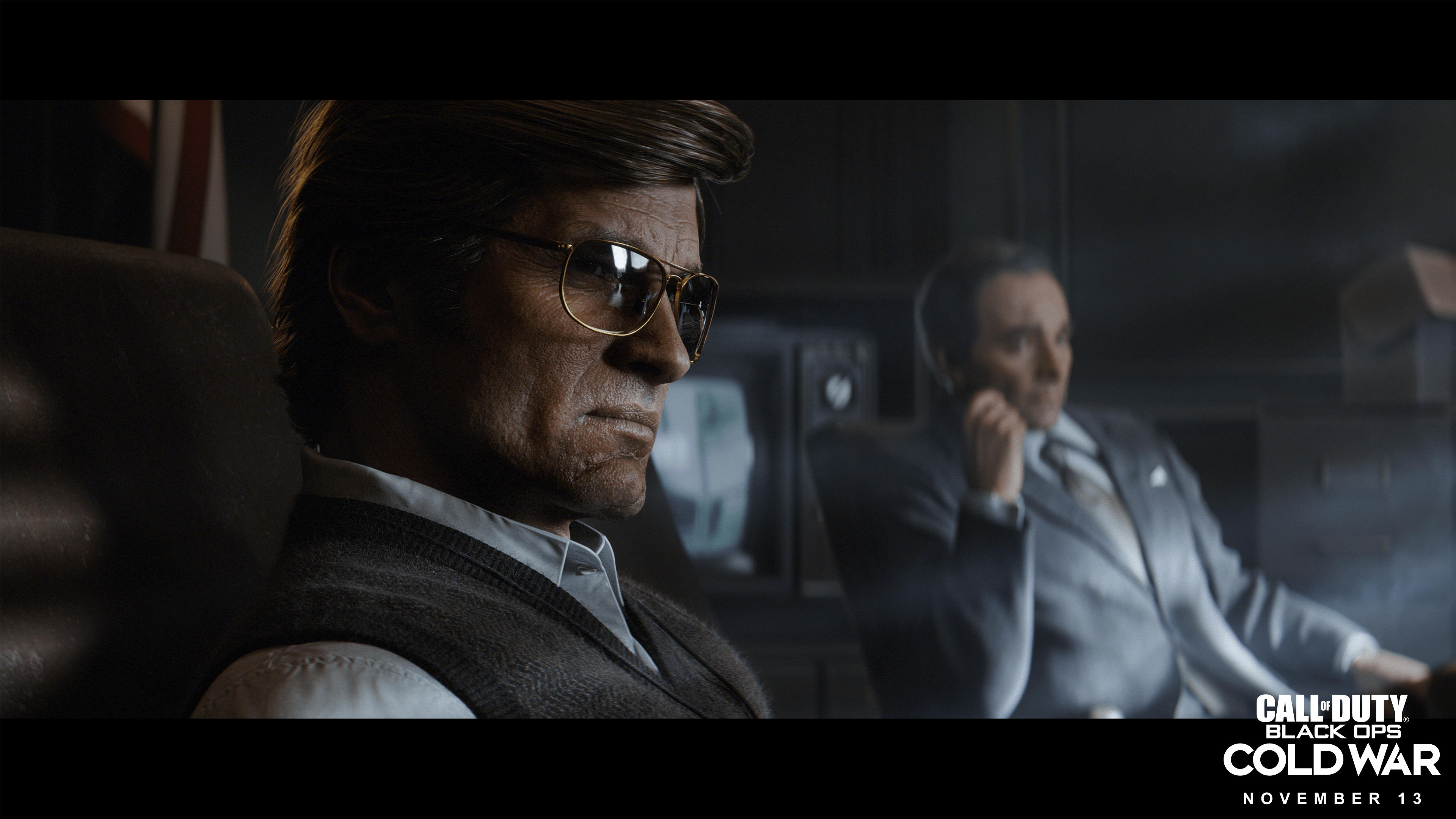 The single-player campaign for Cold War is standard Call of Duty fare which makes each scenario very predictable. The main character is being transported via helicopter which gets shot down, survives, and must fight their way out of the ambush. Players must infiltrate this off the beaten path bunker silently, but alarms get tripped, and then they must Rambo their way to safety. The story, while interesting, is just a series of checkboxes of familiar content for players of any previous Call of Duty since Modern Warfare 2.

Cold War has three different endings with plot twists, which I called a mile away before they happened. I feel as though Activision should remove the story element, drop the price by twenty dollars, and stop selling the same rehashed narrative.

Despite these faults, one area that Treyarch improved the campaign is with enemy artificial intelligence. While enemies still bunker down behind cover, they also attempted to outflank the player character during several missions which was a nice touch. The campaign missions of old were drawn-out and boring. Players would have to sit behind cover and occasionally surface to take a few potshots at enemy combatants, which made the single-player tedious. It was refreshing to have a campaign that was a bit more fast-paced and after playing Doom, BPM, and Ghostrunner, Call of Duty is really showing its age and needs to innovate. 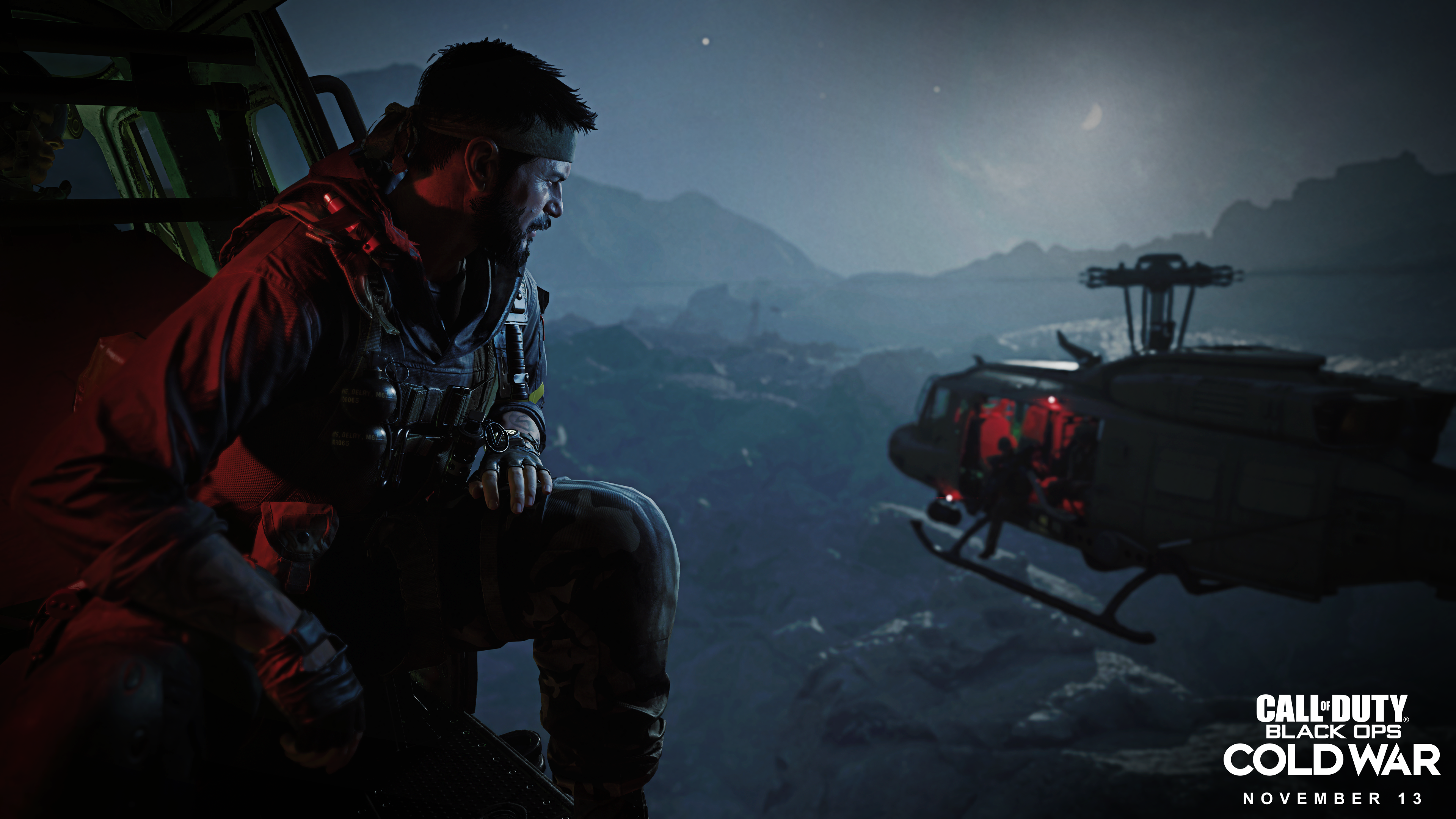 Cold War, being in the Black Ops series of Call of Duty, graces players with the now long-running zombie mode. In Cold War, players can choose from three presets, unlimited, twenty-rounds, and a dead-ops arcade, which determine when a victory can be declared. In zombie’s mode as players defeat the undead, they gain money which can be used to upgrade weapons and defensive items to help make the horde easier to deal with. Zombies will also drop temporary power-ups that give players speed boost, money boost, or an item that immediately destroys all enemies on screen.

Cold War zombies is a fun mode to play with friends, however, much more annoying when playing with random people. I find myself getting bored with zombies after two to three hours of playing, as the gameplay is very repetitive. There are not any interesting zombie maps in Cold War such as the Titanic or the Pentagon which were featured in previous Black Ops games. Zombies could be improved by adding more interesting arenas and some multiplayer elements to make the gameplay feel fresh and less static. 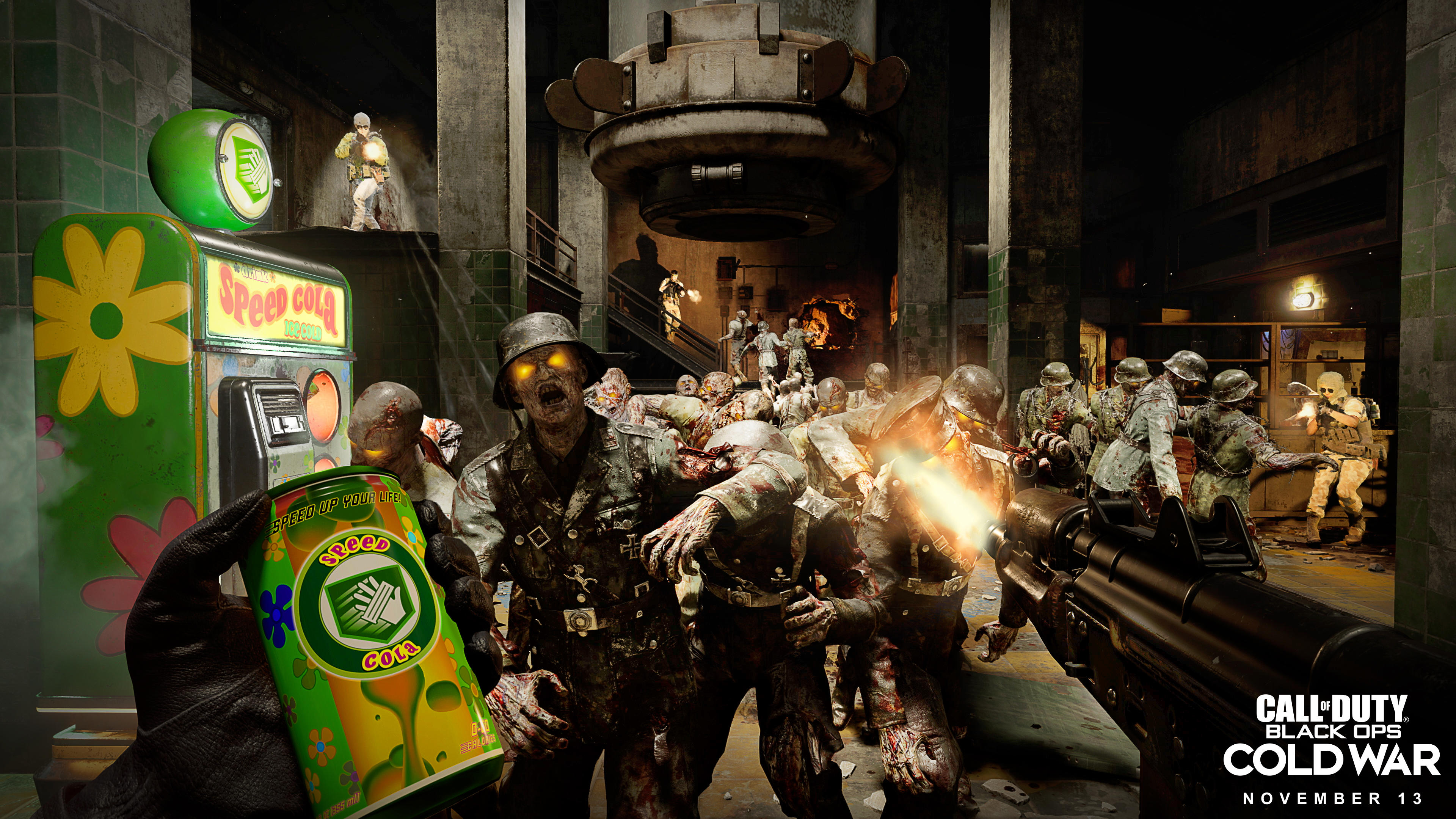 The mode that most players will be spending the majority of their time is Multiplayer. Cold War offers eight multiplayer modes. Team Deathmatch will be one of the most recognizable as ten to twelve players are put on teams that must eliminate players on the other team, and whichever team has the highest score at the end of a ten-minute time limit, wins. Hardpoint is a mode I had quite a lot of fun playing as players must attempt to occupy a ‘point’ or ‘zone’ that moves across the map until a score or time limit is reached. Kill confirm mode is a team deathmatch, and after eliminating an enemy player the dog tag must be collected off the enemy corpse for the kill to count. Kill confirm is great because it totally screws campers out of winning.

VIP Escort is a relatively new mode in which teams alternate in their attempt to extract the ‘VIP’ which is randomly chosen from the player pool each round. It is surprisingly more fun than I would have expected and urge players to give it a shot. Control is a mode in which teams alternate in attacking and defending zones on the map, which is similar to Domination and Hardpoint, however, respawns are limited. Free for all is basically what it sounds like, every player for themselves, high score wins. In Search and Destroy players must defend and destroy objectives as the name might imply, however, to give it an extra challenge, respawning is disabled.

The final mode for multiplayer in Cold War is by far the most fun and my all-time favorite, Domination. In Domination, players must fight for control of per-determined capture zones and the first team to hit the score limit wins. I love Domination as it is more fun with teamwork, but solo players can shine as well. Domination doesn’t have a time limit and thus games continue until the score is reached. The teams can tie, and a sudden-death overtime match is competed to determine a winner. Domination is a well-rounded mode that is great for e-sport’s pro’s or beginners.

Players can choose different operators which are pre-canned characters to play as in the multiplayer section which only alters the players appearance. Players get to the heart of customization with their custom weapon classes and loadouts. Players can have up to ten loadouts in which players pick their desired weapons for each class as well as perks and score streaks. Perks give players aid in the form of taking less damage, lessening weapon sway and many more that I still must unlock. Score streaks occur when a player hits a target score and range from calling in fighter bombers, helicopter gunships and care packages to aid in the fight. This level of customization adds fun and excitement to an already fun multiplayer experience. 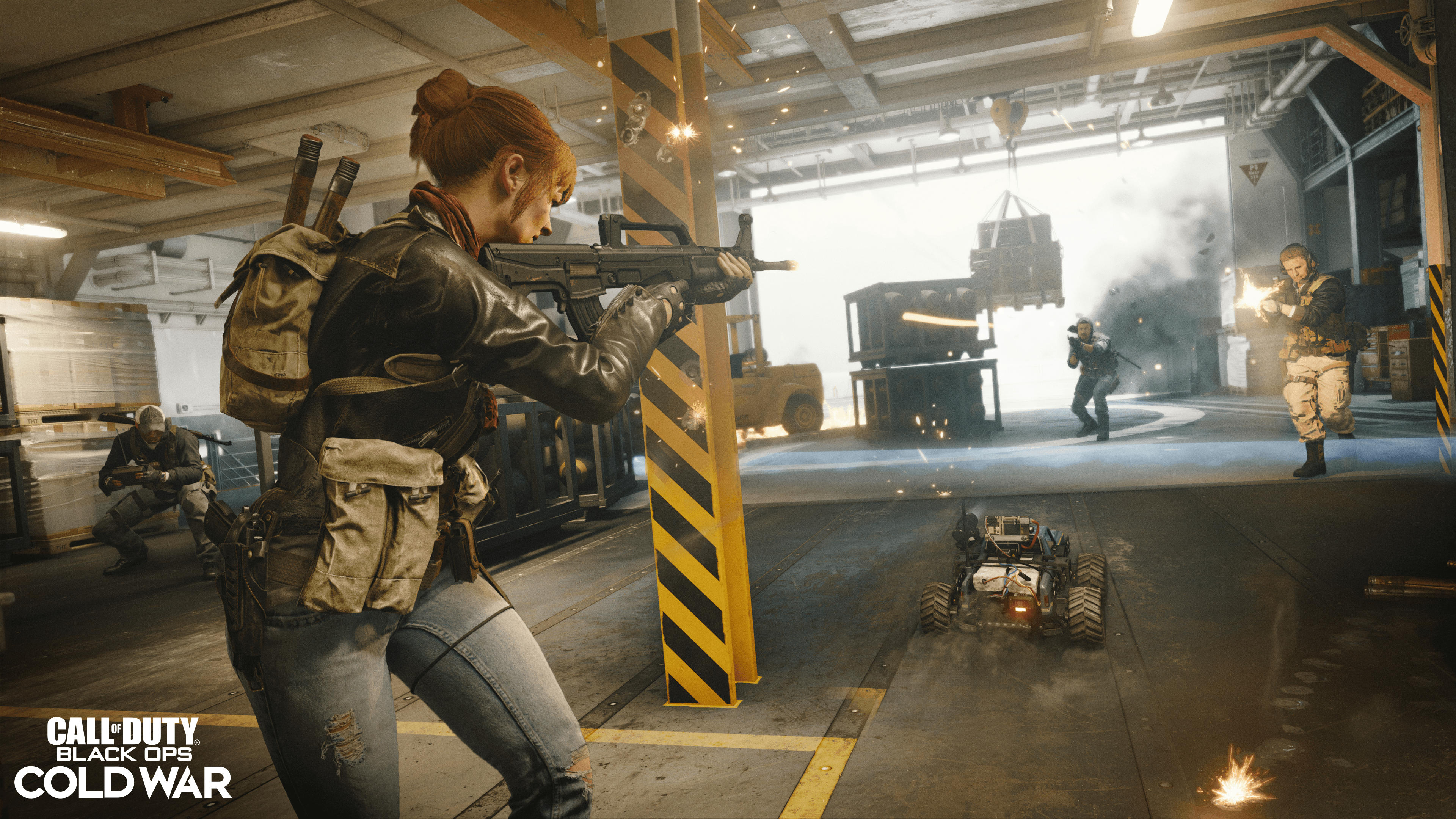 Call of Duty, starting with the original Modern Warfare, has always had an epic score and Cold War does not disappoint. Other than a Jimmy Hendrix rendition during a Vietnam scene tributing Apocalypse Now and Full Metal Jacket, Cold War has the best orchestral score of any Call of Duty to date. The developers at Treyarch have quite the talent for syncing the epic music with the action in the game and cinematics. 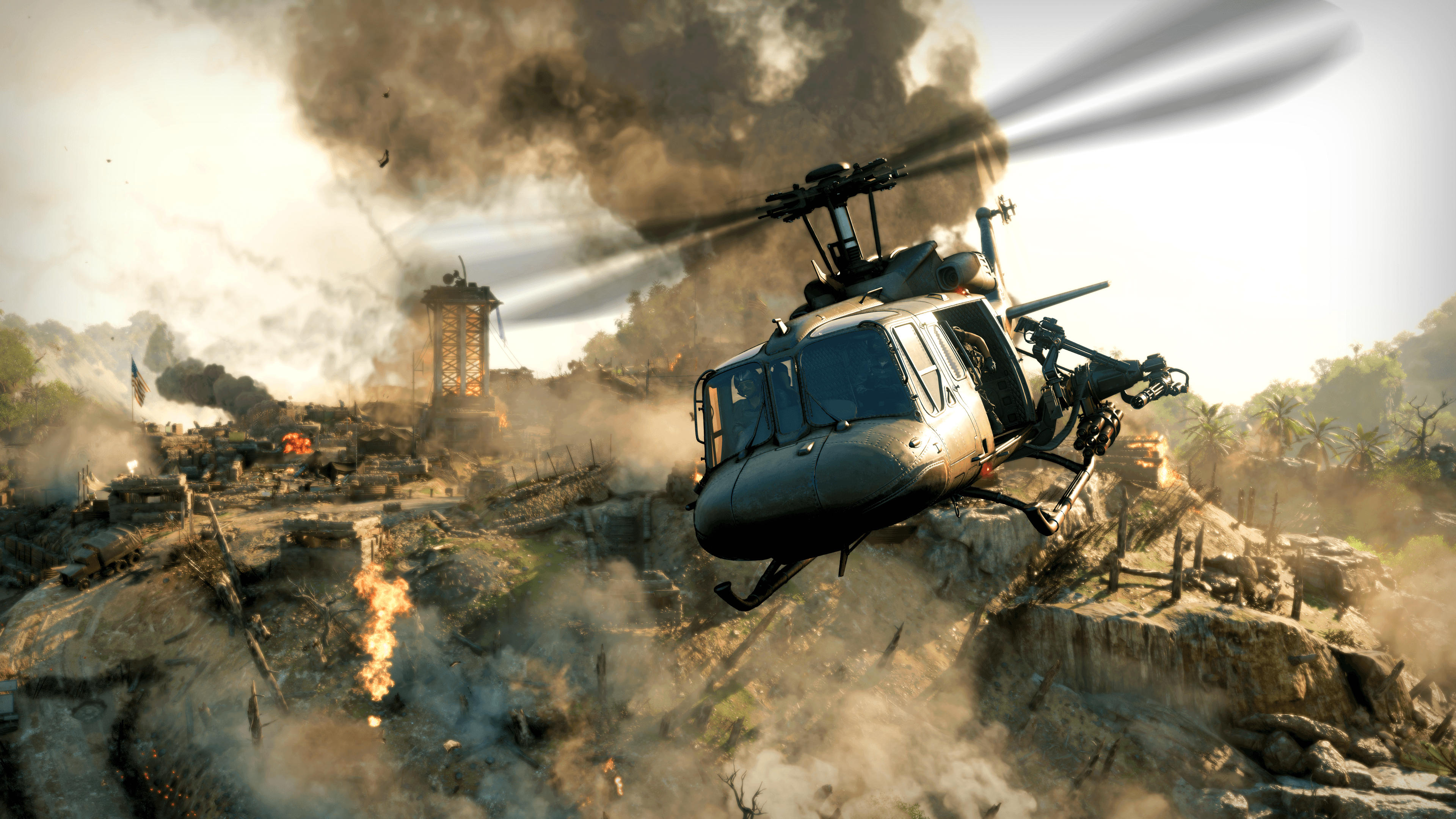 Overall Call of Duty Cold War has a solid multiplayer with various modes to fit almost any type of playstyle. Domination is still by far one of the best multiplayer types that are fantastically fun. However, the zombies’ section of gameplay can be fun with friends but grows tiring after only a few short hours. The single-player experience is entertaining and has an epic musical score but is held back by its predictability. Let us hope the story becomes a bit less formulaic and more spontaneous for future releases.