It’s that time again, grab your balloons and get ready. Don’t touch the red ones though, it summons this weird clown thing some writer made a book about. Halloween is usually one of the best times of the year. Kids usually go out and get candy from neighbors while wearing costumes. College kids go to parties, adults do… something? I don’t really know what adults are meant to do during normal Halloweens. This year though with the pandemic going on I sincerely hope people find a safer way to enjoy the holiday. Such as setting up some cars with friends who follow social distancing and still letting kids trick or treat between the cars for a bit. I personally think a better thing to do is to just stay home, which is what I normally do. Below are a few games you can enjoy with kids, or if you’re fortunate enough to not have the little buggers there’s one to run through solo as well.

Slayaway Camp and the console variant, Slayaway Camp: Butcher’s Cut are puzzle games with a nice slasher film aesthetic.  The puzzles to each level require the player to successfully murder each camper/amusement park patron/ etc then get to the marker at the end. It starts up super simple at the beginning of each “film” but by the end, they can get super challenging. Fall hazards, cops, limited moves, and more are thrown at the player in an effort to stump them.

Each slasher comes with their own movie set, some collectibles in the shop, and some gruesome finishers. Most of them are homages to classic slashers from the 80s and even some newer killers. Jason was the original killer inspiration for the game and that is shown off by the hockey-masked killer. At one point even his mother is a playable killer. There’s a Hannibal Lector inspired one, as well as a knock off of Ghostface called Spiritface. There’s even more than that to fit whatever slashy mood you may be in. If all else fails you can even run around as Mark Meer.

The gore options can be scaled up or down to fill your wants as well. Want the game mostly safe for work and children? Slide the option to the left and change the end totem from a pentagram to a kitty. Want to bathe in the blood of your victims and then leave soaked in gore through a pentagram go right ahead. Slayaway Camp or its collection Slayaway Camp: Butcher’s Cut will only run you $8.99 or $16.99 respectively. Stealth horror can feel overdone at times, since the release of Amnesia and Outlast there seems to be a new one every month. Throw in a cult trying to hunt you down and Maid of Sker should be giving you Outlast II vibes. So why doesn’t it?

Arguably it is because the setting is heavily influenced by British Folklore and the tight focus on sound design. Players will have to wander around with just their trusty sound device the game grants to let players stealth around enemies a little easier while keeping tabs on them.

Maid of Sker seems like a wonderful display of the macabre. It has a story written by a team that has worked on games like SOMA which was a divisive horror game from a few years back as well as people who worked on Battlefield 1. I can’t wait to dive into it this Halloween, the best part is I got it for free with Xbox Games With Gold and you can too. If you don’t have that and still want to play the game it will run you about $25. 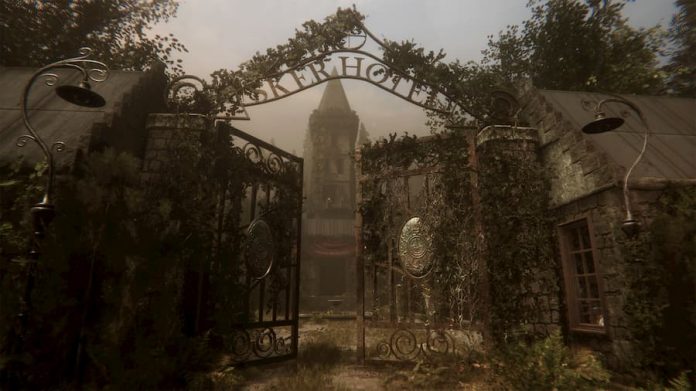 It’s hard to take a concept like farmers and build a competitive shooter around the concept but it works surprisingly well. Not to mention it has a pretty solid stream of updates, including it’s most recent Halloween themed updates. What sets Shotgun Farmers apart, aside from the visual aesthetic, is how the guns and ammo work.

Guns grow from the ground just like crops, players can shoot the ground and over time new guns will grow. The sniper is asparagus-based, the shotgun is corn-based there is even an LMG that is watermelon based there is so much creativity and originality in this game, it’s no surprise it spent almost two weeks on the top of the Xbox Store charts.

Shotgun Farmers features unique takes on classic modes. There is, of course, the standard team deathmatch but outside of that their spin on capture the flag has players try to steal the enemy team’s pig three times. Oddball is replaced with Chicken Run, the same premise but with a chicken. There is King of The Crow, the crow flies to random rings on the match, hold the ring to win.

Classic free for all, then a spin-off called Jug-or-Not where one person has just their melee weapon (all are also farm-themed) and the goal is to be the Juggernaut the longest. There is even a horde mode that is pretty well done and can feel really stressful at times. The game goes on sale pretty regularly but will only cost you about ten dollars.

Wanting a nostalgia trip instead of some scares? For forty dollars you can grab full remasters of the first two Tony Hawk’s Pro Skater games. It was a little surreal booting up The Hangar map and opening up the hidden room for the first time in nearly fifteen years. The flow of tricks the insane combos that can be pulled off all feel just as good as they did back in the day. Building your character up as you master each map all over again is still fun.

This may be my new depression game for the time being. I can jump in for a few rounds trying to clear a map after a long day at work or if life gets too much and being greeted with that top tier soundtrack just brings some needed dopamine. Tell me you don’t smile hearing Papa Roach or Anthrax as you grind that helicopter in The Hangar to open the outside door for that secret tape. It will cost you a bit more being about forty dollars but two games for that price is pretty good considering they have been completely rebuilt. There you have it, whether you want to be scared this Halloween or you just want to spend the night on a nostalgia trip this month’s list had something for you on it. Let us know down below what you are playing this Halloween and if you’re like me let us know what horror movies you’ll be watching as well. I plan to eat a family-sized bag of peanut M&Ms (the superior M&Ms don’t question me) and rewatching 2004’s Dawn of The Dead.