In modern pop culture, the Vampire genre has been in a bit of decline over the past decade. We continue to see the rise of Zombie games however the undead doesn’t belong to them exclusively.  While players are spending more time at home due to current events, it is a perfect opportunity to look back at some of the greatest vampire styled games. Hopefully, the blood-suckers will make a comeback but for now here are the Top Five Vampire games out right now.

Vampyr is a relatively new game, released in 2018, taking place in London in 1918. Doctor Jonathan Reid, having returned to England after the Great War, awakens in a cemetery as a vampire. Vampyr is a third-person action role-playing game, that uses choice-based conversations with Londoners to drive the story and allow players to unlock one of four endings.

Players can choose whether or not to indulge in their vampiric nature by feeding on any unsuspecting citizen of the town, however, if players choose not to feed they won’t be able to increase their abilities and will be significantly underpowered for combat. Luckily, players can complete Vampyr, minus a few boss battles, without ever killing an innocent. 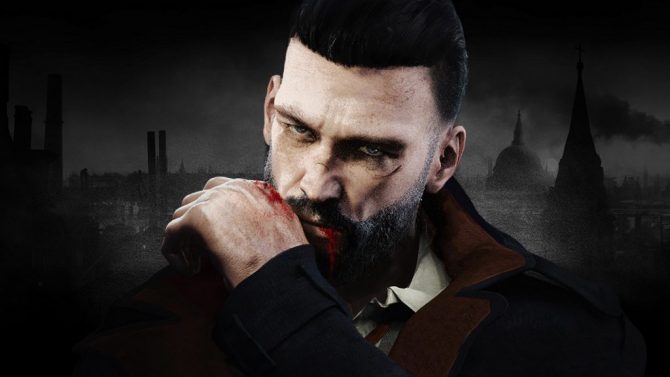 BloodRayne, an action-adventure hack and slash game, released in 2002, has players taking control of Rayne, a vampire that hunts high-ranking Nazi officers. Players can use Rayne’s blades to slice-and-dice enemy soldiers to death or pick up an array of various guns to rocket launchers that take out large groups of Nazis.

While running-n-gunning Nazis are super fun, the epitome of enjoyment in BloodRayne comes from pouncing on and drinking the blood of the enemy while draining them dry. By taking place during the 1930s, BloodRayne also has an Indiana Jones vibe but is also surprisingly violent for the era in which it was released. 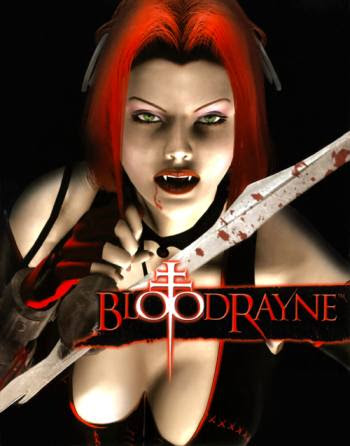 3. Castlevania Symphony of the Night

The Castlevania series tended to focus on the Belmont clan of vampire hunters raiding Dracula’s castle to defeat Dracula and his minions. Symphony of the Night is often referred to as Metroidvania due to its non-linear gameplay experience. Symphony of the Night also changed the standard Castlevania familiarity by swapping out a Belmont with Alucard, the son of Dracula, as the main protagonist.

Alucard, a vampire, has several transformative powers such as mist, wolf, and bat. Developers were able to make more unique and interesting levels due to the mist and bat powers allowing players to traverse anywhere, thus a lot of verticalities were built into the level design. Players can also find various weapons and armor to make traversal easier or to negate negative static effects. 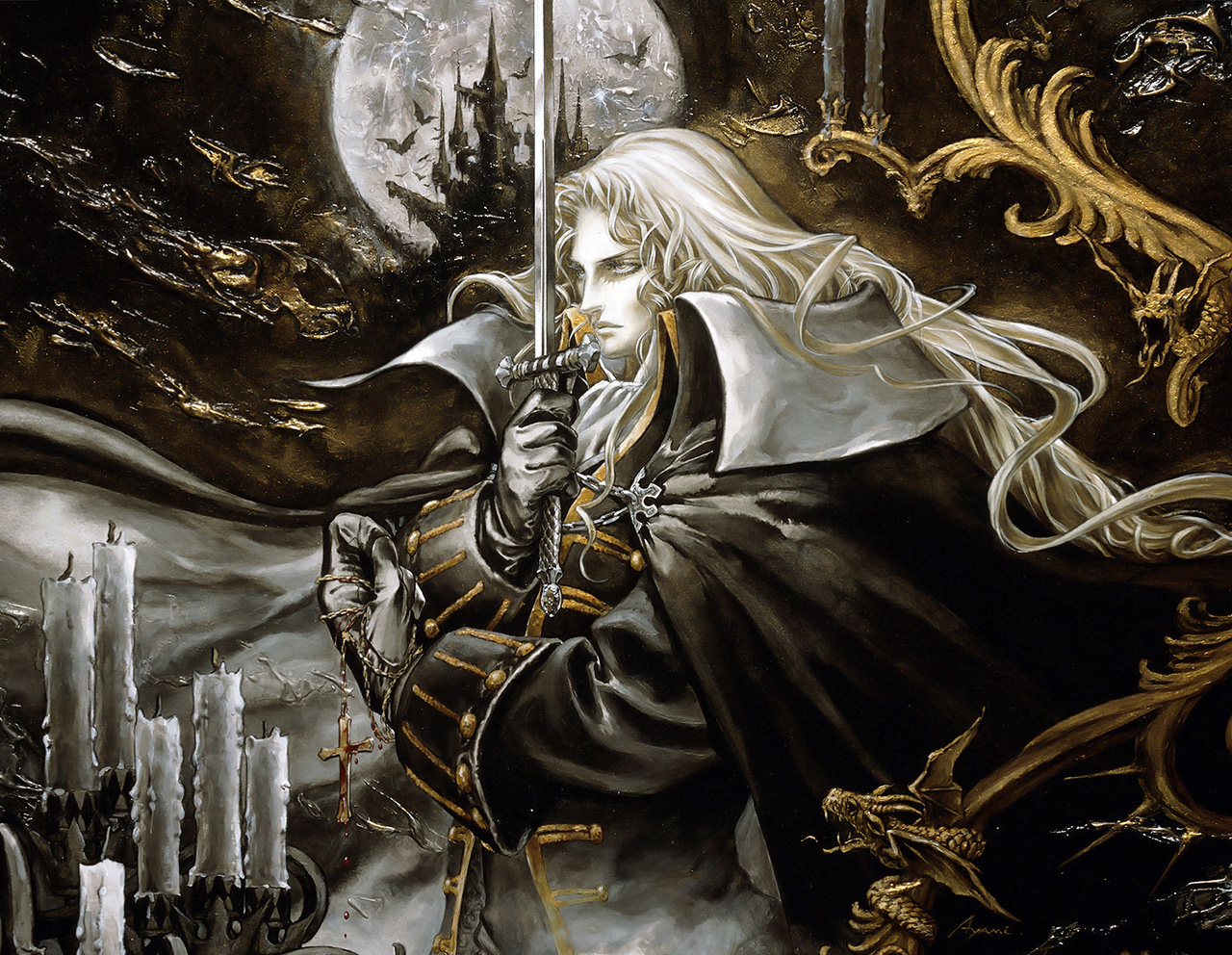 Vampires have been deeply immersed in the Elderscrolls games since Morrowind where players could choose between two vampire factions to enlist. Unfortunately, vampires were not as fun or exciting to play as in Oblivion and Skyrim, at least until Bethesda released the Dawnguard expansion for Skyrim. While not a stand-alone game, Dawnguard is expansive enough that it can hold its own against some of the top vampire-themed entertainment.

In Dawnguard, players who become a vampire have access to some unique skills that considerably enrich the story and gameplay of Skyrim. Secondly, Players can transform into a vampire lord that lets them hover above the ground and across water and traps. While players are hovering, they can access blood magic such as turning invisible, a swarm of bats, and raising the dead. While in the vampire lord form, players must feed on their enemies to gain new abilities and spells.

Being a vampire in Dawnguard only has two major downsides, the first problem is players can be very overpowered once they completely level up their vampire lord aptitudes. Players who like to use followers have a much smaller pool to choose from as many will attack a vampire lord upon transformation. Despite the flaws, running around Skyrim as a monster of the night is fun, rewarding and a great evolution of the vampire gameplay from the base game. 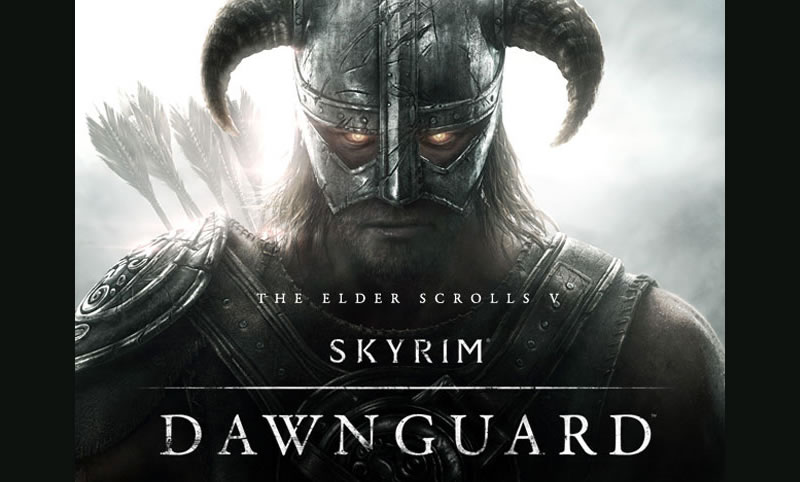 It suffices to say the best vampire game is Vampire the Masquerade Bloodlines. In Bloodlines players pick a gender, then a vampire class which hinders and helps, depending on the playstyle of the player. Bloodlines take place during the early 2000s and must keep up the ‘Masquerade’ by seamlessly blending into human society. Players must also manage their ‘humanity’ by not killing people when they feed by fully draining the victim’s blood. As players progress, they can choose how best to manage the mechanics and deal with the consequences of their choices as they arise.

During the main story of Vampire the Masquerade Bloodlines, players will get to explore Santa Monica, Downtown LA, Hollywood, and several smaller locations around the metropolitan area. The animations for Bloodlines are quite wonky, however the graphics, sound design, level design, and gameplay hold up quite well for a nearly twenty-year-old game. The story is intriguing and depending on choices the player makes and who the player allies with determines one of seven different endings.

Vampire the Masquerade Bloodlines has by far some of the best writing, and character design and development giving modern games a high bar to aspire. Bloodlines is quite the political commentary of the time and one of the funniest games for the era. Unfortunately, the pop-cultural comedy could be lost on someone who was born well past that age. Those of us who have stood the test of time can appreciate the analysis of Bloodlines while looking forward to its sequel that will hopefully deliver the same level of entertainment. 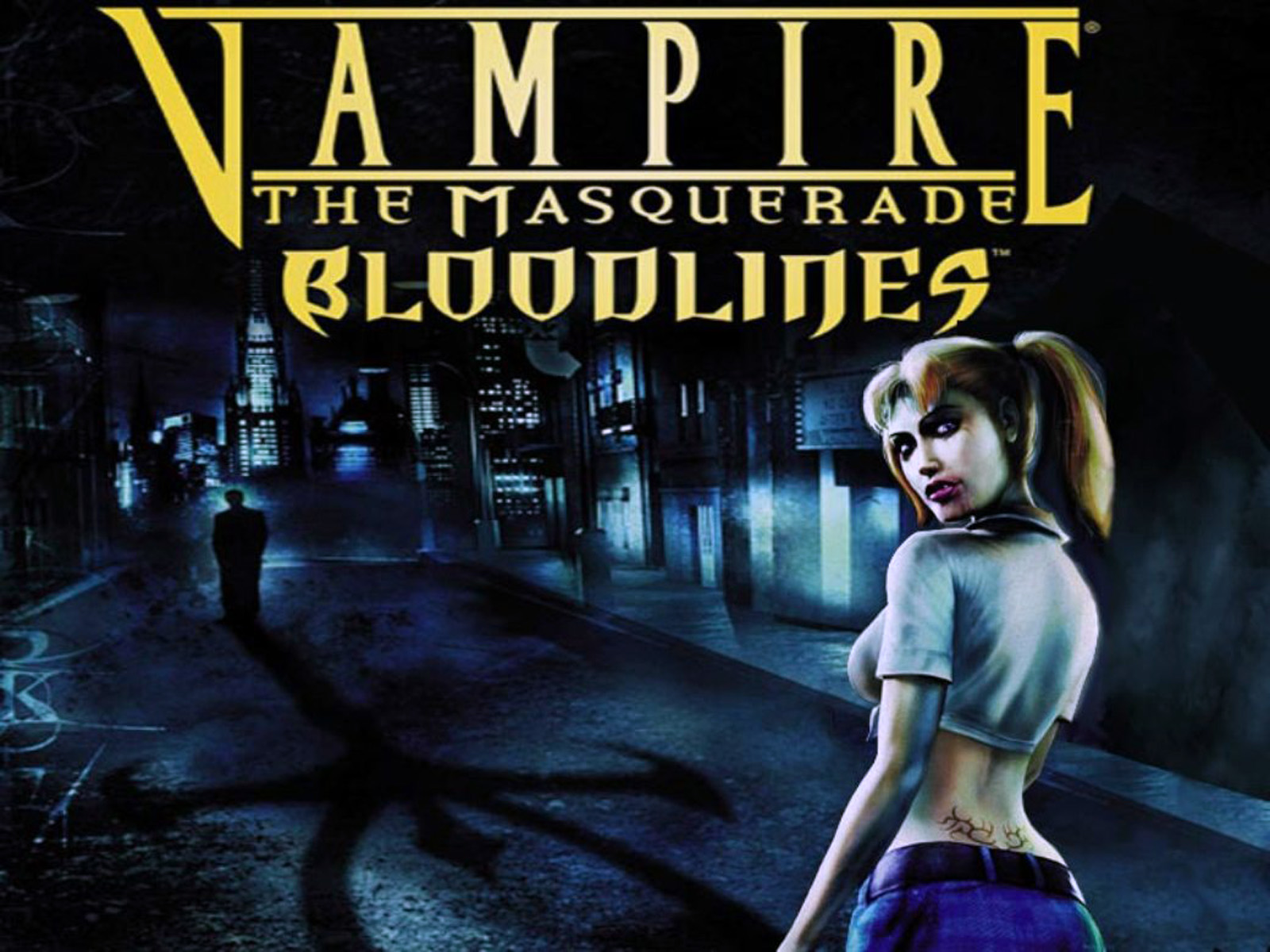 While vampire games have not faded into obscurity like some genres of theater, they have had a significant decline over the past decade and a half. With the recent delay of Vampire the Masquerade Bloodlines 2, that decline will most likely continue. However, players have numerous vampire-themed games that can keep us entertained until Bloodlines 2, to be released sometime in 2021, delivers a level of excitement and refinement that the industry needs.

What were your favorite Vampire games? Tell us in the comment section below.