Super Mario 3D-All Stars brings together Super Mario 64, Super Mario Sunshine, and Super Mario Galaxy to modern audiences. 3 acclaimed games well-worth the asking price but don’t deliver any new improvements. The visual presentation and gameplay have been left untouched to maintain the classic feel but at the cost of modern expectations for re-releases. Super Mario 3D All-Stars contains some of the best games in history but as a celebration for Mario’s 35th birthday it falls short. 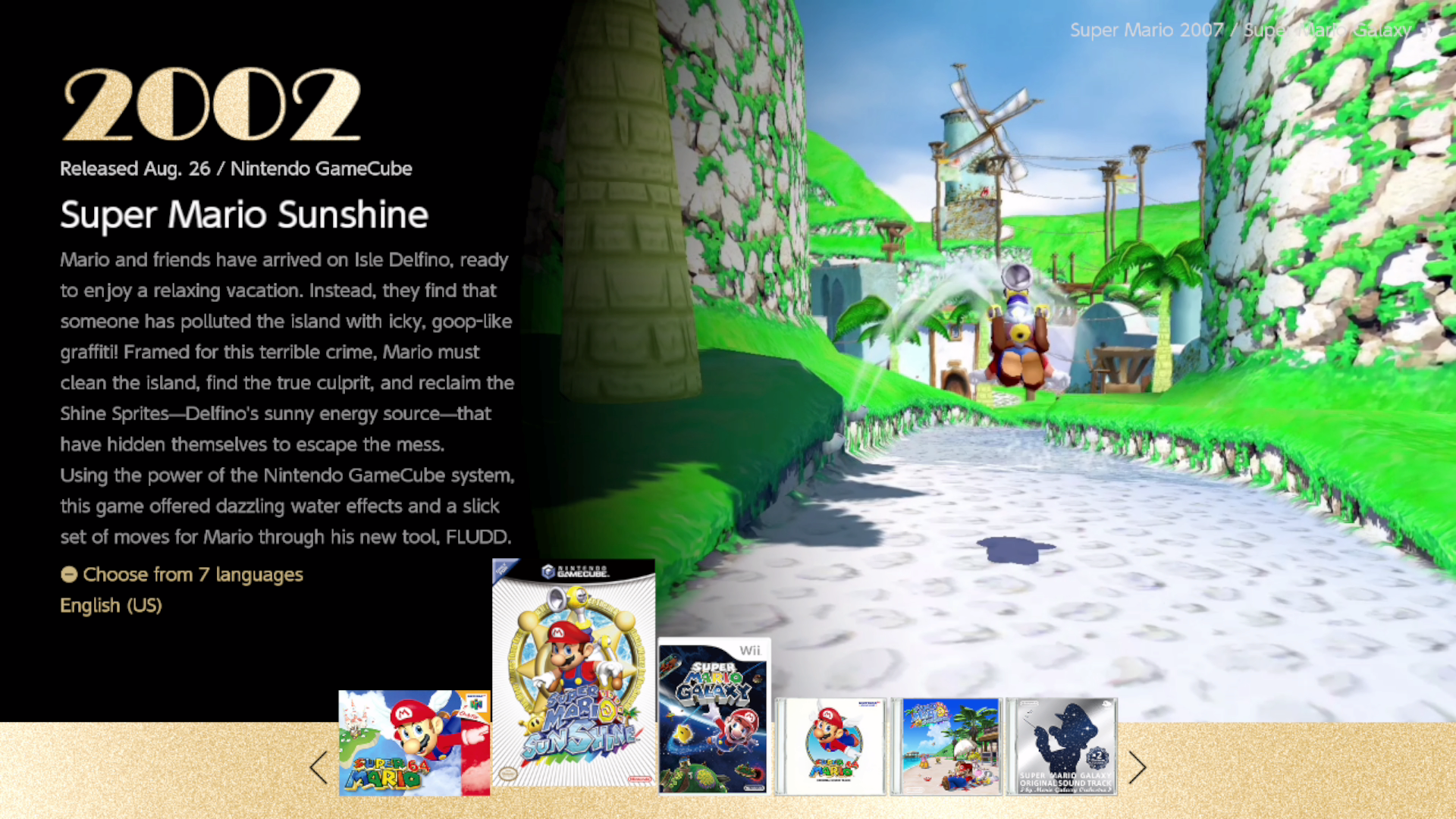 Games That Defined a Generation

Super Mario 3D All-Stars brings together Super Mario 64, Super Mario Sunshine, and Super Mario Galaxy in one package. All 3 come with a short summary of the narrative, a small demo, and their release year. Along with the games you can listen to the complete soundtrack for all 3 games that also play randomly in the title selection.

Players will likely start with Super Mario 64, a ground breaking title that set the standard for 3D platforming to this day. Mario is called to Peach’s castle for cake but when arriving learns the castle along with Power Stars have been taken control by Bowser. Mario must save Peach and recover the Power Stars from Bowser.

The gameplay is still as strong as ever. With a myraid of locations for Mario to travel to. Each location has several Power Stars with the player given a general hint of its location. It’s the same game that came out for the N64 which is both great and problematic.

Since Nintendo remained loyal to the original game no improvements have been made. The N64 camera, which was revolutionary for its time, is a relic compared to modern games. So expect to struggle with it.

Another major issue is that game has no widescreen support. Despite modders successfully creating a Super Mario 64 widescreen option Nintendo has not included such an option here. It’s not a game breaking decision but considering this is a limited-time release and suppose to be this huge anniversary celebration you would expect more effort went into features such as widescreen support.

Another thing players will notice is the same pop-in from the N64 version. Back then it made sense due to cartridge space and ensuring fluid gameplay but the N64 came out decades ago. Surely the Nintendo Switch could handle the increase draw distance for these stages. 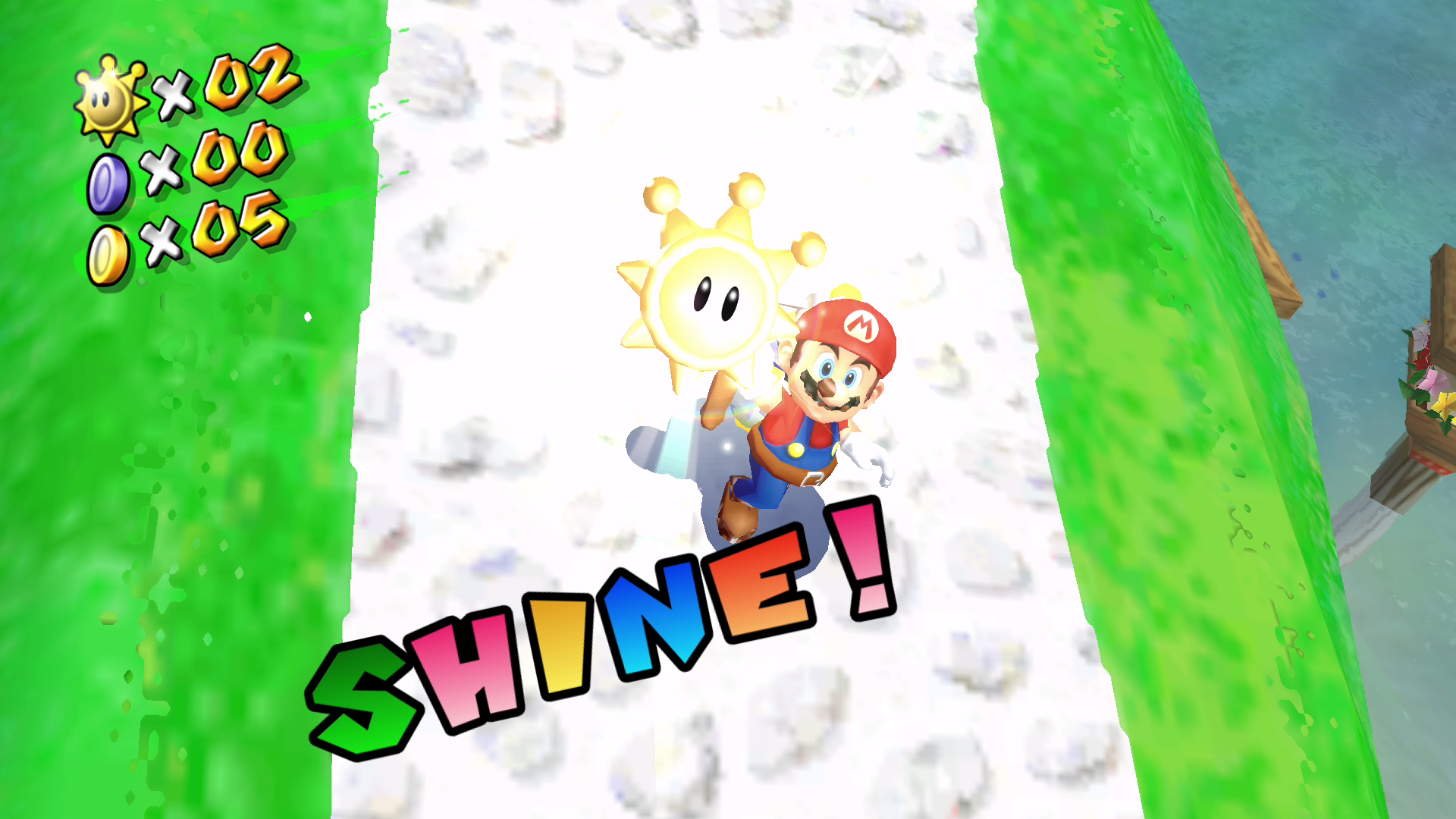 Time To Clean Up

Super Mario Sunshine is the next game in the collection. Launched on the Gamecube this title has Mario, Peach, and the Toads heading to Isle Delfino for vacation. While arriving they find the island has been polluted by an imposter Mario. The island’s guardians, The Shine Sprites, have been scattered and the person causing the pollution has disguised himself as Mario. Fortunately, Mario has a new robotic ally called FLUDD to aid in the island’s cleanup. Mario must clean the island, secure the Shine Sprites, and capture the imposter.

Like Super Mario 64 this game has been left untouched. Much of the game’s mechanics, visuals, and overall technical quality still holding strong to this day. The only real problem comes with the game’s Blue Coins.

These infamous collectables are required to get a 100% completion but locating them is vexing. Since Super Mario Sunshine alters the stages based on what Shine you have selected this also changes the locations of the Blue Coins. Some chapters do not include Blue Coins and without an indicator, you won’t have any idea of this. Worst is that while locating these coins can be a challenge you have no radar to aid in locating them. If you’re missing 1 be prepared to search everywhere for these elusive items. There are guides, thankfully, that resolve this issue but Nintendo should’ve included a radar or chart. 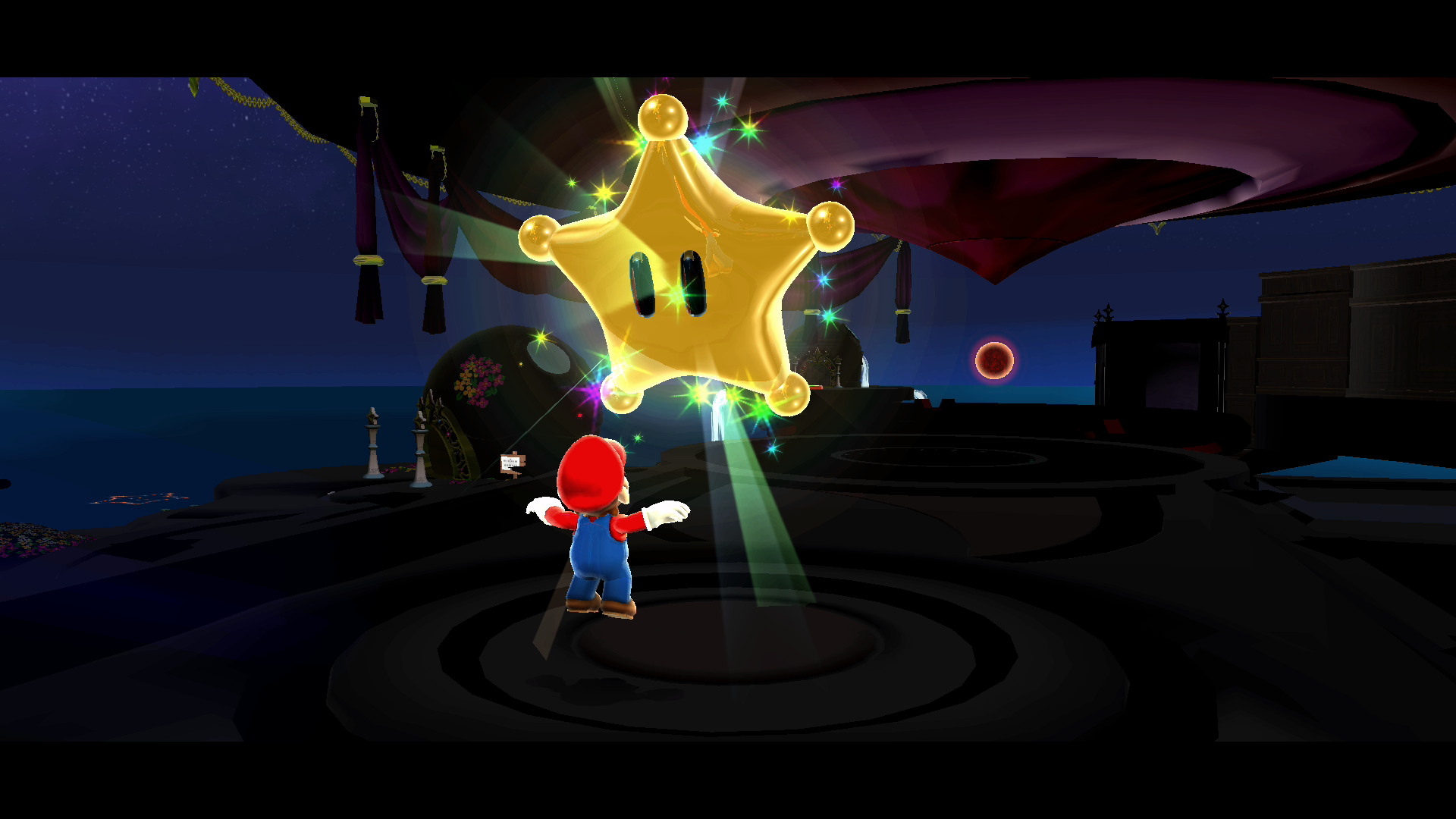 The final game in the collection is Super Mario Galaxy. Mario has been invited by Peach to watch the Star Festival but Bowser is back. He has kidnapped Peach and taken over the galaxy. A star child named Luma saves Mario and is met by a mysterious woman in blue who agrees to aid Mario. Mario must travel the stars to defeat Bowser and save the Galaxy.

Considering this title required the Wii remote to collect star bits I was worried how Nintendo would translate that function to the Switch. In short, they did it even better here than the Wii. Whereas in the Wii calibration was a major problem here Nintendo somehow was able to use the Joy-Cons and Pro Controller’s motion controllers to create the same system. You can reset the Star Icon at any time, making calibration easy. Controlling Mario while collecting star bits is very easy.

Super Mario Galaxy still holds up visually compared to modern games. The visual presentation, character models, and audio can match and sometimes even surpass modern AAA titles. Unlike Super Mario 64 or Super Mario Sunshine, Super Mario Galaxy didn’t need any new improvements as gathering all the collectables and the controls worked well on the Wii and they’re still fantastic on the Switch.

Great Games With No Changes

Super Mario 3D All-Stars is incredible for the games it offers but as a 35th-anniversary celebration for Mario it falls short. Each one of these games is amazing and well-worth experiencing but Nintendo should’ve gone further. Adding more technical improvements for Super Mario 64 or gameplay improvements for Super Mario Sunshine. As a re-release anniversary celebration of one of the most iconic characters in history Super Mario 3D All-Stars should’ve been more than a simple re-release of these beloved titles.