After months of anticipation, Sony revealed the PlayStation 5 price and release date. The PlayStation 5 will launch this November 12th in the US, JP, Canada, Mexico, AUS, New Zealand, and South Korea, and the rest of the world on November 19th. 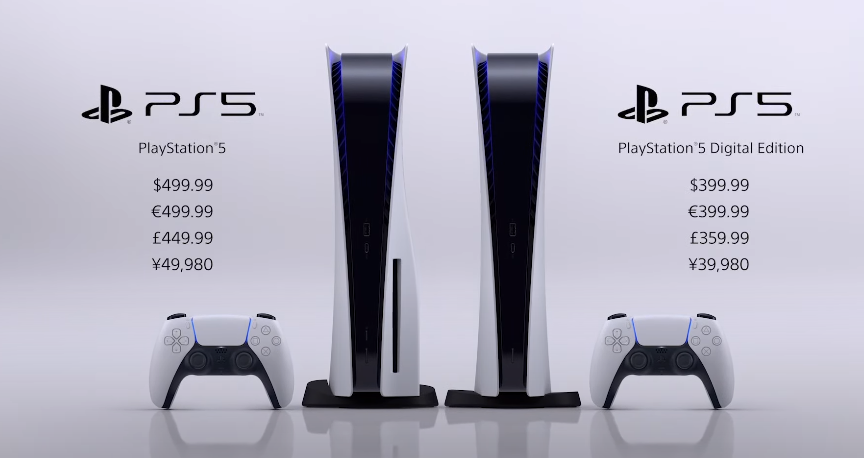 The system will cost $499.99 for the standard console and $399.99 for the digital-only. This puts the PS5 cheapest model $100 more than the Xbox Series S. However, unlike the Xbox Series S the PS5 has a lot of exclusive titles. We know that the Xbox Series S won’t feature Xbox 360 backward enhancements provided by the Xbox One X. And with PlayStation Collection Microsoft’s only heavy hitter is Xbox Game Pass which can be played on mobile devices and PCs.

As of now, the PlayStation 5 has a lot more appealing games than the Xbox Series X.