After months of speculation, leaks, and rumors Nvidia finally held a special GeForce event on September 1, 2020, a date which signifies 21 years since Nvidia launched the original GeForce GPU. Over the course of the presentation, Nvidia CEO Jensen Huang, discussed the advancements of DLSS, ray tracing as well as the prices and release dates of the next-generation GeForce RTX graphics cards for consumer PCs.

Jensen opened the presentation by mentioning how over one million users have used their graphics cards to create the largest distributed computer, helping to find a cure for Covid-19. The amount of data being produced was nearly 2.8 exaflops or five times the processing power of the world’s largest supercomputer, which scientists believe have discovered a weakness to the virus.

During 2020’s GeForce special event, it was revealed that Fortnite will be getting an update and adding raytraced shadows, reflections, ambient occlusion along with DLSS 2.0. A new trailer was released to show off some of the intended graphical fidelity effects in action.

Coming in September via a game ready driver, Nvidia Reflex is a proprietary technology that optimizes the rendering pipeline of the CPU and GPU to reduce latency. This technology will be available to all GeForce users that install the latest driver upon release. Nvidia will also be releasing, via display manufacturers, a new 360Hz display in tandem with the Reflex technology to give esports players a competitive edge. 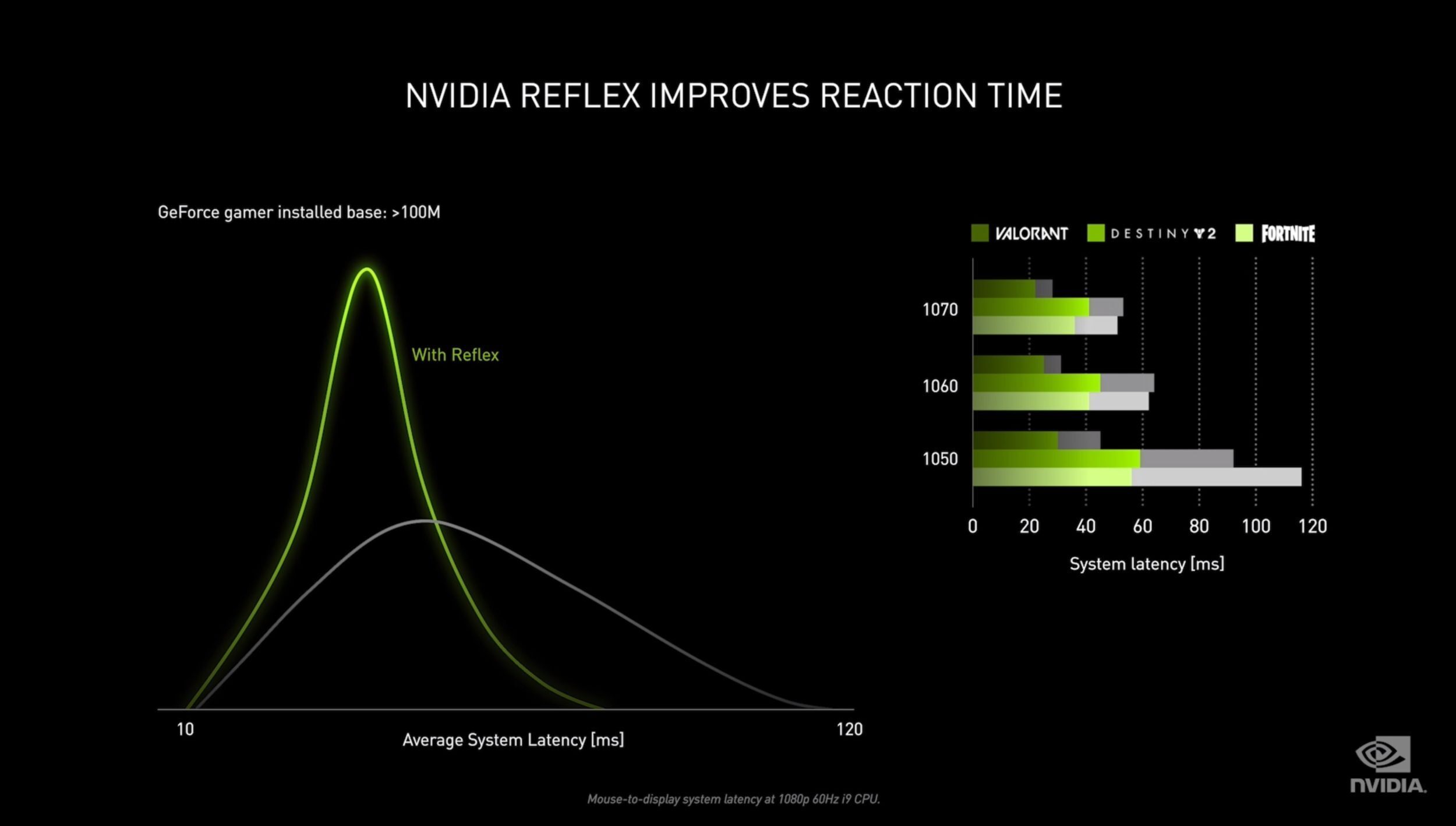 A feature that I am very excited about is Nvidia Broadcast, a more in-depth software suite that incorporates RTX voice (cancels all background noise for clear microphone audio) with AI inferring technology that will automatically detect the background of the scene. Users can blur the background, change the background, or hide it all together when playing games. Nvidia Broadcast also has an auto-frame function that follows and keeps the user in the center of the frame as if they had a professional camera crew working for them.

About midway through the broadcast, Jensen discussed new technologies being created through Deep Learning AI. Some of the technologies that were examined were character concepting from 2D to 3D, audio to facial animation, character locomotion, video to 3D, physics simulation, and RT Denoising of images and video. 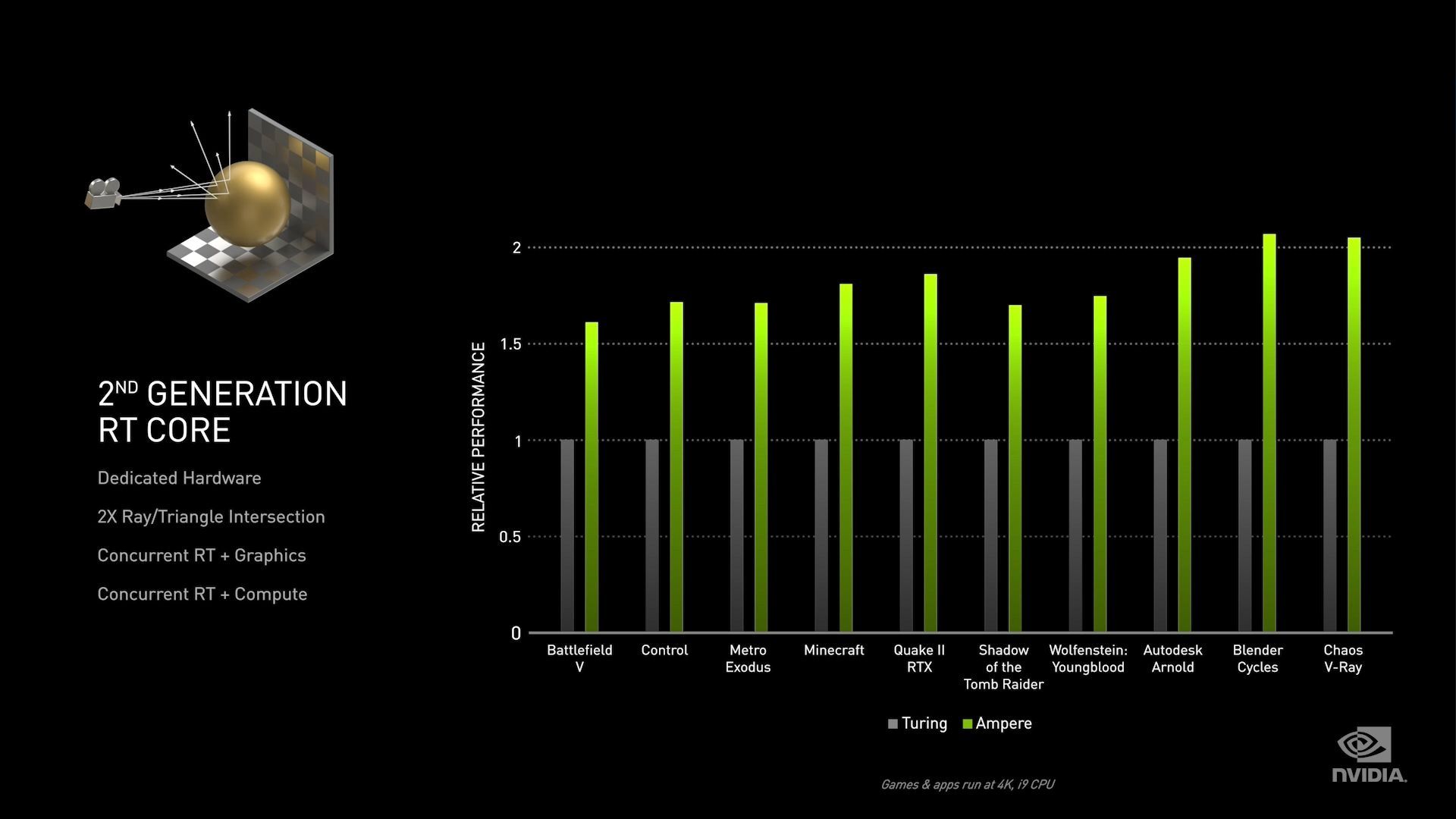 DLSS is a technique Nvidia created using AI to upscale a lower resolution image to a higher resolution to increase performance while not decreasing graphic fidelity. DLSS 1.0 was not very good but after extensive AI training, the second rendition of the software has improved dramatically. As Jensen stated during the event, real-time ray tracing is magnificent to look at but requires enormous computational resources to render natively. DLSS was invented to solve the performance loss.

Nvidia was able to achieve this by building a computer to ‘train’ a network of video and images rendered from the Tensor cores located on the RTX GPU. Once the network has been ‘trained’ Nvidia can download the upscaled data directly to a video driver. Jensen described it best during the GeForce Special Event, “DLSS 2.0 works by taking an aliased low-resolution image of the current frame as well as a high-resolution previous frame to then generate a high-resolution current frame.” When looking at super-sampled images and native 4K images, the super-sampled images appear cleaner and less blurry. DLSS is by far some of the most amazing techs to come out of RTX.

A bit more technical analysis according to Jensen during the GeForce Event, “adding ray tracing to games dramatically increases the computation workload. Using shaders to do rate traversal and object intersection reduces the frame rate.” RT Cores are added to the GPU to reduce the shader workload. Shaders are offloaded from the RT Core by calculating the intersection of the ray triangle and ray bounding box. Jenson also stated, “Using the same methodology as Microsoft Xbox, the RT Cores effectively, a 34 teraflops shader, and Turing has an equivalent of 45 teraflops while ray tracing.”

Unfortunately, if the RT Core and shades are not running in parallel, users will see significant performance drops. Nvidia solves this problem by adding a Tensor Core which handles DLSS and rendering to a lower resolution. AI upscaling is then used to render a sharper than native image while maintaining high performance. To quote Jensen “Now you can get ray tracing, high resolution and high frame rate at the same time. That’s the magic of the three processors of RTX.”

The Marbles demo shown during GTC had baked/pre-rendered lighting and ray tracing running at 720p 25 frames-per-second. The updated Marbles demo revealed during the GeForce Event that all light sources are illuminated and ray-traced in real-time while running at 1440p 30 frames-per-second. As much as I could explain it, the video even has me beat.

Similar to the PlayStation 5 according to Mark Cerny’s GDC talk, the new Ampere cards from Nvidia will use the GPU to decompress game data then copy the data to the much faster VRAM as opposed to the CPU’s RAM. With PCIe Gen 4, the Ampere cards will be able to match the SSD’s read-speed of 7000 megabytes-per-second and decompress and load assets instantly.

Towards the end of the event, Jensen unveiled three Ampere cards, the RTX 3090, RTX 3080, and the RTX 3070. Based on Turing’s launch back in 2018, I and many others were concerned about the price-to-performance of the Ampere cards. The reveal of Ampere has set my mind at ease as even the 3070 at $500 is set to outperform the $1200 2080Ti in most circumstances. The RTX 3080 at $700 will definitely be a decent step up for users who are still running with 1080s and 1080Ti’s. While the top of the line 3090 will best be reserved for users who are focused more on building a home workstation over gaming.

While Nvidia launched the founder’s cards, I am more excited to see what the Add-in-Board partners, ASUS, MSI, EVGA, are going to design and produce. It will also be exciting to see how AMD responds to Ampere as they are scheduled to launch Big Navi around the time the launch of the next-gen consoles.

Overall, the Nvidia GeForce Special Event was decent, but much needed showing of the Ampere graphics cards. With rumors and speculation running amok among the tech scene, it was reassuring to discover facts from fiction. With Big Navi and the Console coming up, it is a good time to be a player as fierce competition will only benefit the consumer. 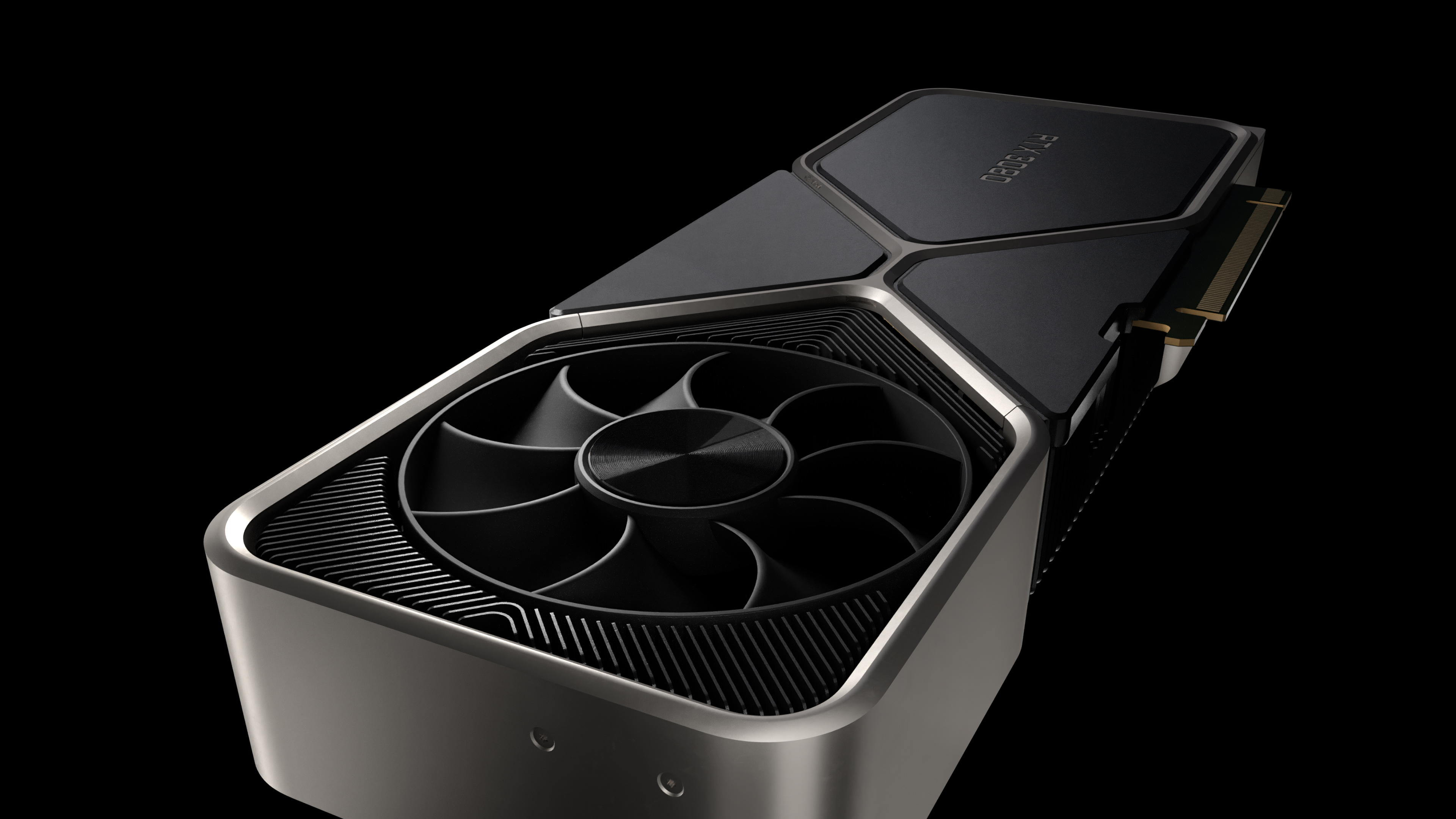