Among the biggest items in the update, there are millions of new planets to explore that haven’t been in the game before. The new worlds have new environments – “mountains and vistas are on a colossal new scale.”

Brand new plant and animal life are also waiting to be discovered, but at the same time, there are going to be meteors, gravitational anomalies, tornadoes, and lightning to deal with. It seems like Hello Games are big fans of Horizon Zero Dawn, as some planets are going to be home to synthetic creatures. 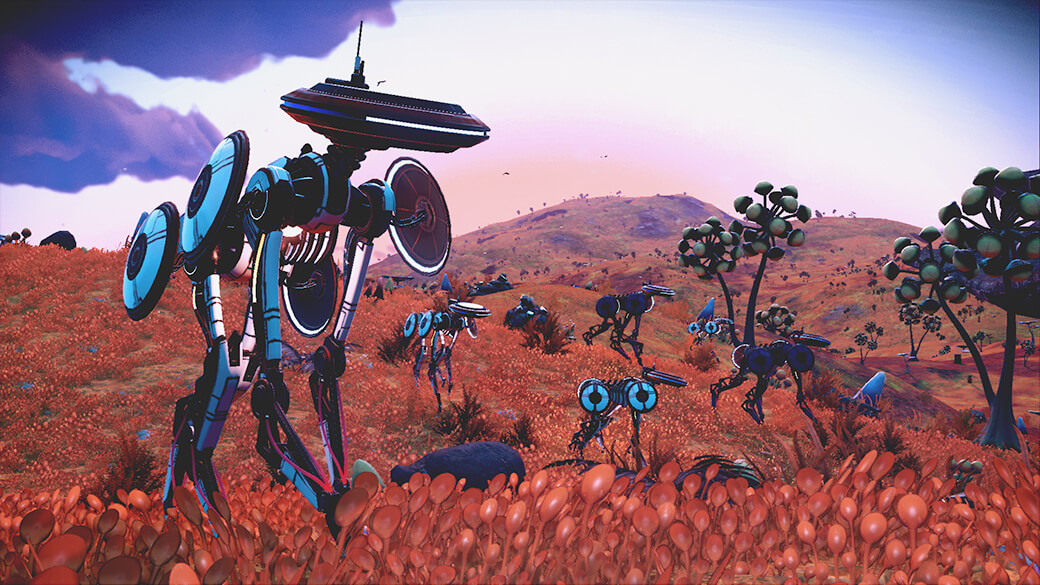 More buildings will appear on planets, even those that were previously empty. Colossal planetary archives will appear, and, among other things, will contain NPC’s and shops, as well as mapping stations that reveal ancient ruins.

Also, Sandworms. Hello Games didn’t have much to say about those, other than to “Watch your step.” GULP.

This is just the tip of the iceberg for details in No Man’s Sky: Origins. The full patch notes are on the official No Man’s Sky website, so take a peek and let us know what you think!