With the Xbox Series S and X pre-orders going live Microsoft needed a hook to get gamers to pre-order. Well, they have their hook, and its a enormousone, with Microsoft buying ZeniMax Media for 7.5 billion dollars.

Xbox and @Bethesda have worked together for years. We share similar passions and beliefs. Proud to welcome them to Team @Xbox. Excited how we’ll advance gaming together for players everywhere https://t.co/0BcLULyFYF pic.twitter.com/2aectsejsk

This took everyone by shock as Microsoft now owns the follow:

As one of the largest, most critically acclaimed, privately held game developers and publishers in the world, Bethesda is an incredibly talented group of 2,300 people worldwide who make up some of the most accomplished creative studios in our industry across Bethesda Softworks, Bethesda Game Studios, id Software, ZeniMax Online Studios, Arkane, MachineGames, Tango Gameworks, Alpha Dog, and Roundhouse Studios. These are the teams responsible for franchises like The Elder Scrolls, Fallout, Wolfenstein, DOOM, Dishonored, Prey, Quake, Starfield and many more.

Bethesda’s games have always had a special place on Xbox and in the hearts of millions of gamers around the world. Our teams have a close and storied history working together, from the amazing first DOOM, and its id Tech engine, innovating games on PCs to Bethesda bringing their first console game to the original Xbox, the groundbreaking The Elder Scrolls III: Morrowind. Over the years I’ve had many deep conversations with the creative leaders at Bethesda on the future of gaming and we’ve long shared similar visions for the opportunities for creators and their games to reach more players in more ways. 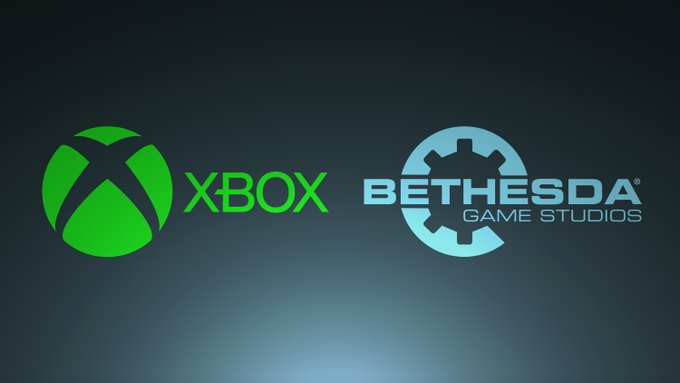 Those wondering about the future of Bethesda titles wondered if all future games would be exclusive to Xbox and PC. Especially with Ghostwire: Tokyo and Deathloop being timed exclusives for the PS5. Microsoft elaborated on this, stating those deals are still in effect. Like Mojang with their recent Minecraft: Dungeons that came to PS4 and Switch Microsoft will be releasing their titles on a console to console basis as stated on Bloomberg.

Recently however, Bethesda has been working more tightly with Sony. Bethesda had previously agreed to debut two of its upcoming games, Deathloop and Ghostwire: Tokyo, on Sony’s new PlayStation rather than Xbox. Both games were announced as “timed console exclusives,” meaning that they would be restricted to the PlayStation 5 for a fixed period of time before coming to Xbox.

Microsoft will keep that commitment, Spencer said in an interview. Future games, like Starfield, will be available for Xbox, PC and Microsoft’s Game Pass video-game service. “We’ll take other consoles on a case-by-case basis,” Spencer said.

Bethesda offered their own statement on the deal as well:

At Bethesda, we’ve been lucky enough to create games we love, and have an audience who loves them as much as we do. I have personally been humbled by the many industry honors I have received, as they belong to the entire studio. But one has always stood out to me for a special reason. When I received the Lifetime Achievement Award at GDC, I joked in my acceptance “I wonder how many achievement points this one is worth?” At the end of the ceremony, some good friends from Microsoft congratulated me and said they’d find out. A few months later I was given a code to a game they had created, named after me and locked to my account. When ran, it unlocks a single achievement – “Lifetime – 1000pts.” It still sits in my list when I check, and I smile every time.

Many fans are already asking for a Fallout New Vegas 2, which is possible since Obsidian Entertainment, who made the game, is under the Microsoft umbrella. However, many will remember that Bethesda denied the company bonuses for making the title in just 1 year because it missed the targeted Metacritic score by 1 point. So we’ll have to see if Obsidian is interested in a sequel but they did provide a “I don’t know” emoji.

This has made Xbox Game Pass even more appealing. Microsoft does release all newly published games on the service on Day-1. And you don’t need an Xbox console to use the service. It’s also available on PC and mobile devices. Giving players many ways to use the service and Microsoft a constant stream of revenue.