Last week, Ubisoft announced that Gods and Monsters has a new name; that name being Immortals Fenyx Rising. More about the game has potentially changed, as Ubisoft is promising a “Full Reveal” at the next Ubisoft Forward event on September 10th.

GODS AND MONSTERS is no more
Introducing 🥁🥁🥁🥁

We may see a release date at the event, but if a now-deleted Xbox listing is correct, Immortals Fenyx Rising will drop on December 3rd this year. In screenshots from Twitter user Wario64, it calls out how big the game will be, the December 3rd release date, and even a preorder bonus. 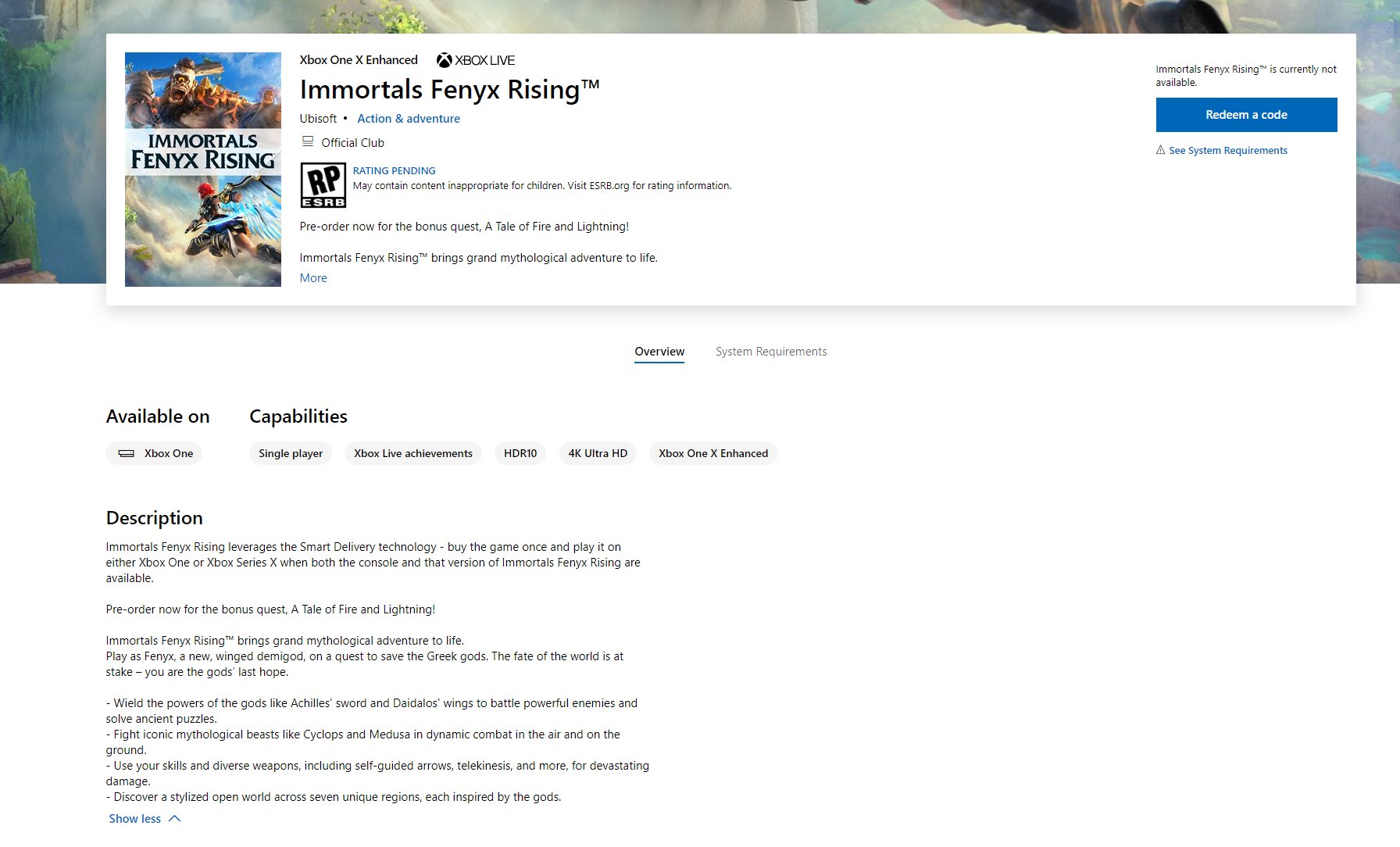 Screenshot of the deleted listing from Twitter user Wario64

The Xbox listing also mentions Smart Delivery; the new Xbox technology that’s promising that if you buy the game on the Xbox One, you’ll be able to play it on the Series X when it’s available.

We’ll have to wait and see how much the game has during the next Ubisoft Forward event! Do you think it’ll be a drastic change? Let us know!