If you’ve been waiting to experience the World of Darkness and vampire society in Seattle in Vampire: The Masquerade – Bloodlines 2, you’ll be waiting a bit longer.

In a statement on Twitter early Tuesday morning, Andy Kiping (from Hardsuit Labs) and Jakob Munthe (from Paradox Interactive) announced the unfortunate news. 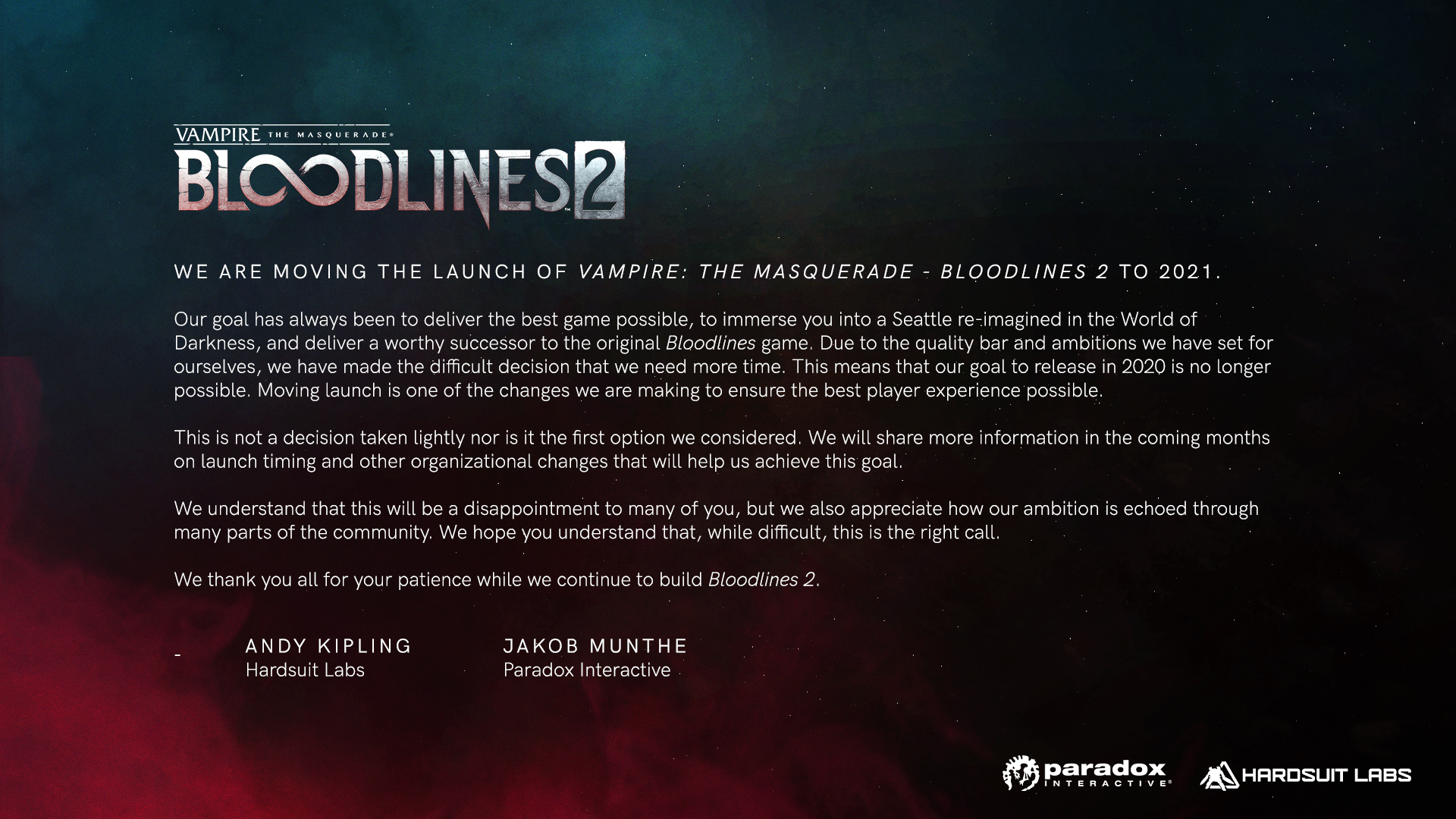 A new release date isn’t mentioned, but an update is being promised about “launch timing and other organizational changes that will help us achieve this goal.”

Vampire: The Masquerade – Bloodlines 2 was first scheduled to release in the first quarter of 2020, but was delayed from that in October 2019. They made a big splash in May, where the game was featured by Xbox as part of the launch lineup for the Xbox Series X.

When the game does launch in 2021, it will be for the PC, PlayStation 4, PlayStation 5, Xbox One, and Xbox Series X.