Containing a physical version of the Ragdoll that’s been seen in a few of the trailers for the game, it also comes with a SteelBook case with disc slots for each chapter of the series, and a physical copy of The Dark Pictures Anthology: Little Hope. The Special Bundle will only be available for the PlayStation 4 and Xbox One. 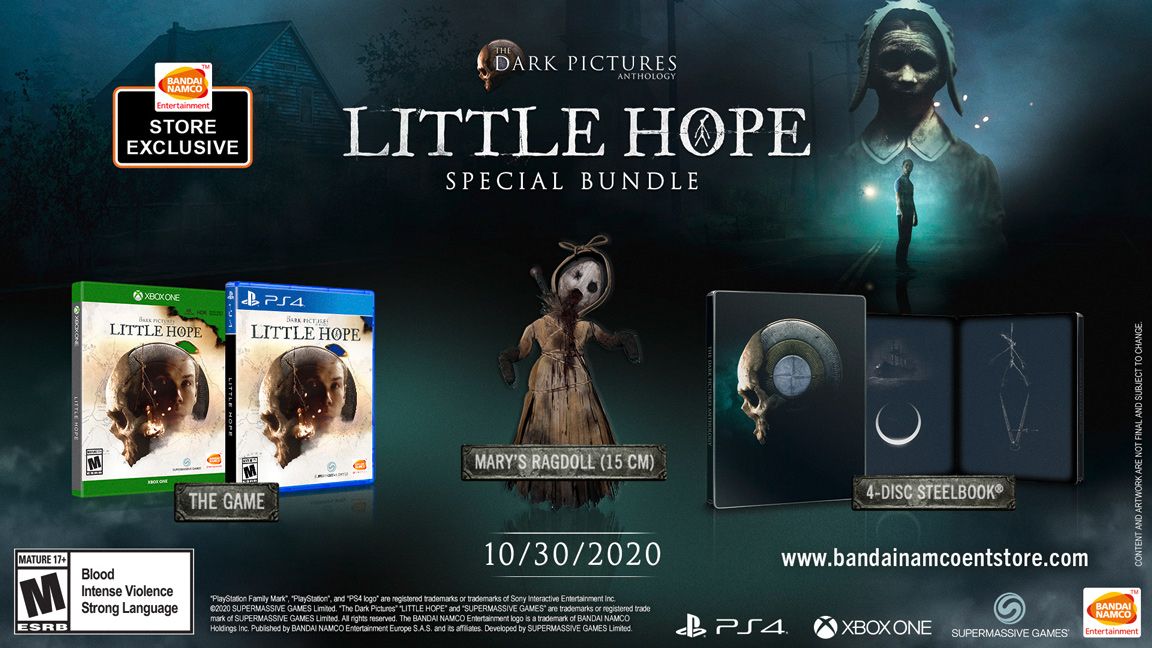 The Special Bundle will run $59.99, and you can reserve your copy for the Xbox One / PlayStation 4 on BANDAI NAMCO’s online store today. Quantities are limited.

Digital pre-orders have also begun for the game, and as a bonus, you’ll receive the Curator’s Cut. Like Man of Medan’s Curator’s Cut, you’ll have access to new scenes playable from the perspective of other characters with brand new choices and decisions to make.

After a slight delay earlier this year, The Dark Pictures Anthology: Little Hope will release on October 30th.