Today marks the release of Setsuka for SoulCalibur VI. To get players ready for the new DLC character a patch is available that also adds new content along with fixing some issues. 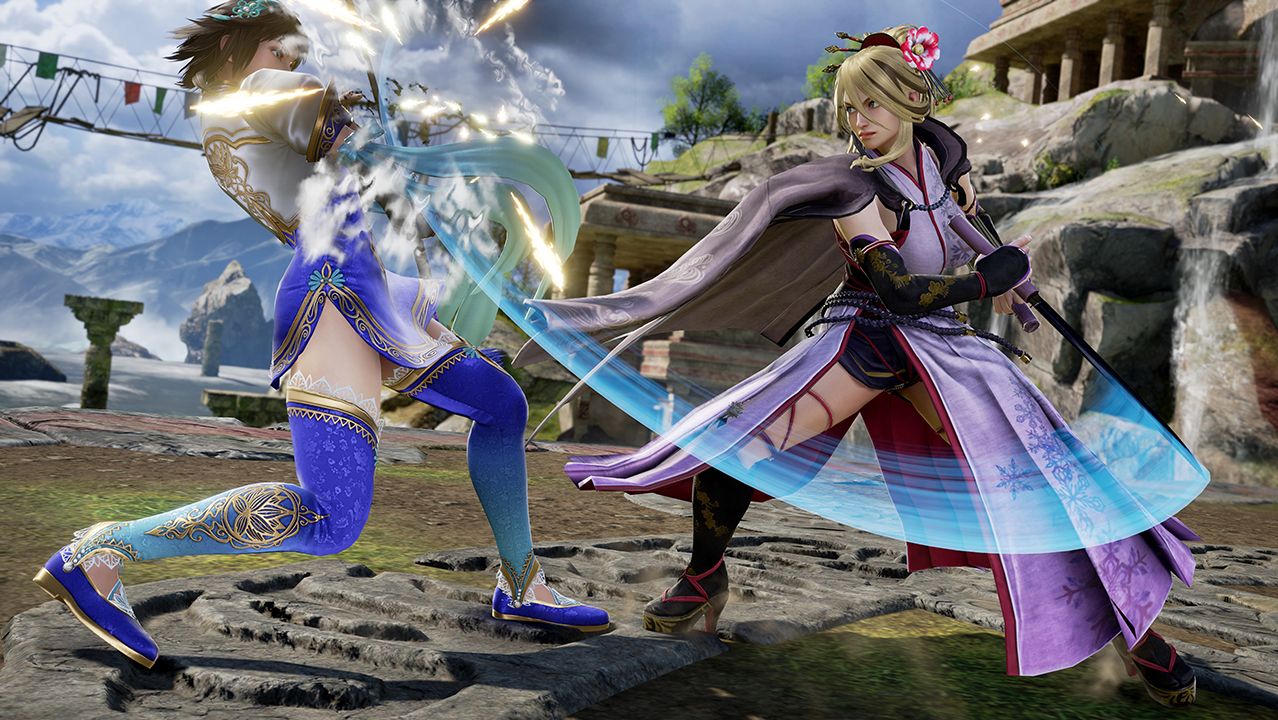 The new content is cosmetic stickers and equipment for the custom character tools. You can read the entire patch below.

Setsuka will be available on 8/4.

Setsuka is included in Season Pass 2. Please be careful not to purchase the same content more than once.

Character Creation Set E will be available on 8/4.

Character Creation Set E is included in Season Pass 2. Please be careful not to purchase the same content more than once.

The following equipment and stickers will be added and available to all players.

The following stage will be added and available to all players.

– Performance fixes and balance adjustments will be made for certain actions in battle.

– The “Fighting Style Handbook” in the Museum will be updated to reflect various balance adjustments.

You can view more information HERE.

– A new side story for Grøh will be added to Soul Chronicle that will be unlocked after finishing Grøh’s main story.

– A setting in the Character Creation mode will be added that toggles whether the character’s equipment will be destroyed during battle.

– Quick Character Selection will be added to Training mode.

– A feature to the options menu will be added that toggles whether or not actions performed after a match has ended will be displayed on screen.

This feature only applies to online battles.

– Some text errors have been fixed.

– Stability has been improved for certain actions, etc.

In order to prevent an error in which body parts become transparent, certain pieces of equipment can no longer be equipped together at the same time.

– “Destiny Lower Body Garment” and “Boxing Trunks” can no longer be equipped at the same time.

– “Crown Princess Attire” and “Raven Leather Leggings” can no longer be equipped at the same time.

– “Baihu Coat” and “Sword Demon Costume” can no longer be equipped at the same time.

While we try our hardest to avoid limiting possible customization options, we feel such a change is necessary to prevent character models from displaying incorrectly. We kindly ask for your understanding.

– “Rubber Mask” and “Oval Glasses” can no longer be equipped at the same time.

One of these items would not have displayed when equipped with the other anyway, so this change has no effect on visual customization options.

– “YoRHa Unit Number Two Standard Armor (White)” can no longer be equipped at the same time as “Nakoruru’s Dogi (Top)”.

This is due to an issue in which these parts would significantly clip through each other.

The black version of this equipment was already incompatible with “Nakoruru’s Dogi (Top)”, so the white version was adjusted to match.

Changes have been made to certain stickers.

– An issue in which stickers placed on “Padded Headgear” are visible on the opposite side they were placed has been fixed.

– An issue in which stickers cannot be placed near the backside of “Chinese Hat (Brimmed)” has been fixed.

(Other changes have been made as well.)

– An issue in which hair with the “Braided Half-Up Style” disappears when certain head equipment is equipped has been fixed.

– An issue in which Astaroth’s and Haohmaru’s abdomens become transparent if they are equipped with “Enlightened One’s Armor” has been fixed.

– The color palette for the 4th color-customizable place on “War Maiden’s Costume” has been changed, increasing customization options.

– “Kuroko’s Hood” was designed after stagehands in kabuki theater (called “kuroko”) who would never show their faces, and in consideration of that fact, the item was intentionally designed so it could not be broken. However, in version 2.20, players are now able to turn equipment breaking on or off, so “Kuroko’s Hood” is now treated as breakable equipment.

– An issue in which the angle of movement for “Seeker’s Earrings” and “Aristocrat Earrings” differs between Extra 1 and Extras 2 & 3 has been fixed.

The following changes and improvements will be part of the Version 2.21 update available on 8/3 for the PS4®, Xbox One, and Steam® versions of the game.

– Starting Chapter 2 “The Burden of Fate” in Libra of Soul results in an endless loading screen.

– Choosing the set phrase “Would you mind using Hilde?” in the chat in Casual Match Mode causes numbers to show up in the chat window.