Sony is offering an option for gamers to get the first chance to pre-order a PlayStation 5. With a new registration site now open. 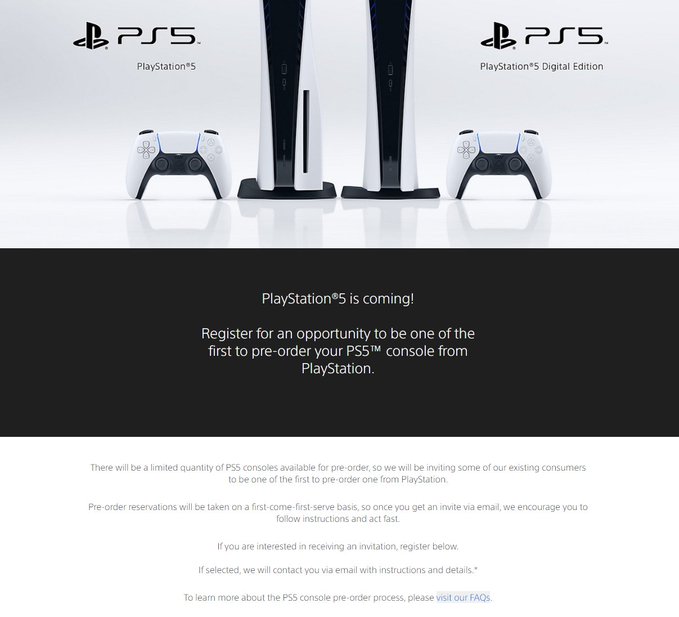 The site asks for the user’s PlayStation username and that’s it. No email or any other option is available. This is likely to give longterm PlayStation fans the chance to upgrade easier since they’re likely to spend more on the online store. It’s unclear if their PlayStation history will be taken into account but it’s a good way to reward longterm fans.

In addition, this will provide another option for lessening the chance of resellers getting consoles. Back when the PS4 launched most people would resell the console at 200% the asking price. This happened with the Xbox 360 as well where resellers would take advantage of people by selling the console’s box or more insidious placing a brick in the box to create the illusion of buying a console. It also happened recently with the Switch, where short supplies had resellers selling the consoles at 200% the original price.

No doubt this will happen again with the next generation of systems.