Skateboarding games have such an interesting history. For every high, that is Tony Hawk’s Underground or Skate 2 there is an extreme low like Tony Hawk’s Ride. Skater XL falls somewhere in the middle, this odd gray area where the overall product is enjoyable, but the longer you have exposure to it, the facade of fun falters. 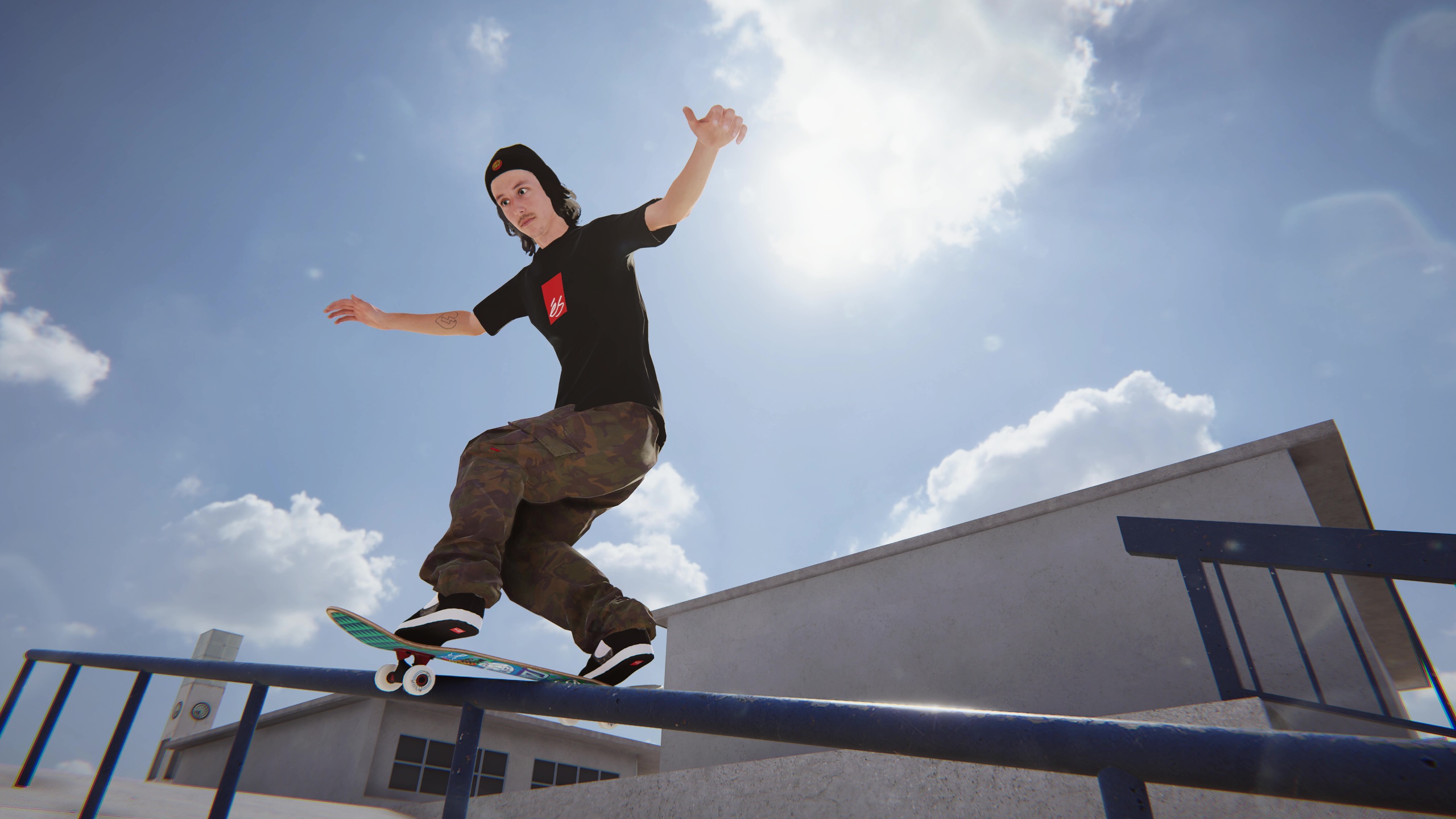 Straight out of the gate the biggest problem plaguing Skater XL is the insurmountable amount of glitches in the game. As of the time of this writing, a patch came out yesterday that fixed a small amount of these issues. Issues such as the character’s foot hovering over the board after landing tricks at certain angles have been fixed. Be that as it is there are still a plethora of others that still show up. Issues such as the board reacting the wrong way to ledges and walls, causing it to turn on its side but keeping the character model stuck to it. So the character is still upright but is able to skate around with a board that isn’t underneath them. Meanwhile, the character model’s ankle looks broken as it guides the board.

Some other huge bugs and glitches happen when the player sets their line marker to start the session at a new spawn point. There are certain areas where you can set the spawn point and just fall through the skateable area. Great for glitching some achievements, such as the bail 1,000 times achievements, not for actively trying to set a new spot. This gets even more problematic on maps like the LA map.

The two buildings on either side of the original spawn point can be entered via this method. Hit the button to move your spawn and you can move the marker up the sides of the buildings. The one on the right-hand side of spawn has a small flat area the player can spawn on inside, but once you start to move around you will fall through the map. The left-hand side allows players to skate as if the whole floor is there despite seeing nothing but the outside world for the player. You can ride through the wall and land back into the streets.

I believe this glitch was fixed but on the school level (as well as several other rails) the player would attempt to grind the rail and would get stuck. This would cause the board to angle and make the characters’ legs freak out and loop. The patch notes were a little vague on what aspects of grinding they fixed so this may still be an issue. I also noticed an issue in the character creation menu where if I scrolled too fast they music would stop and everything would freeze for a bit. 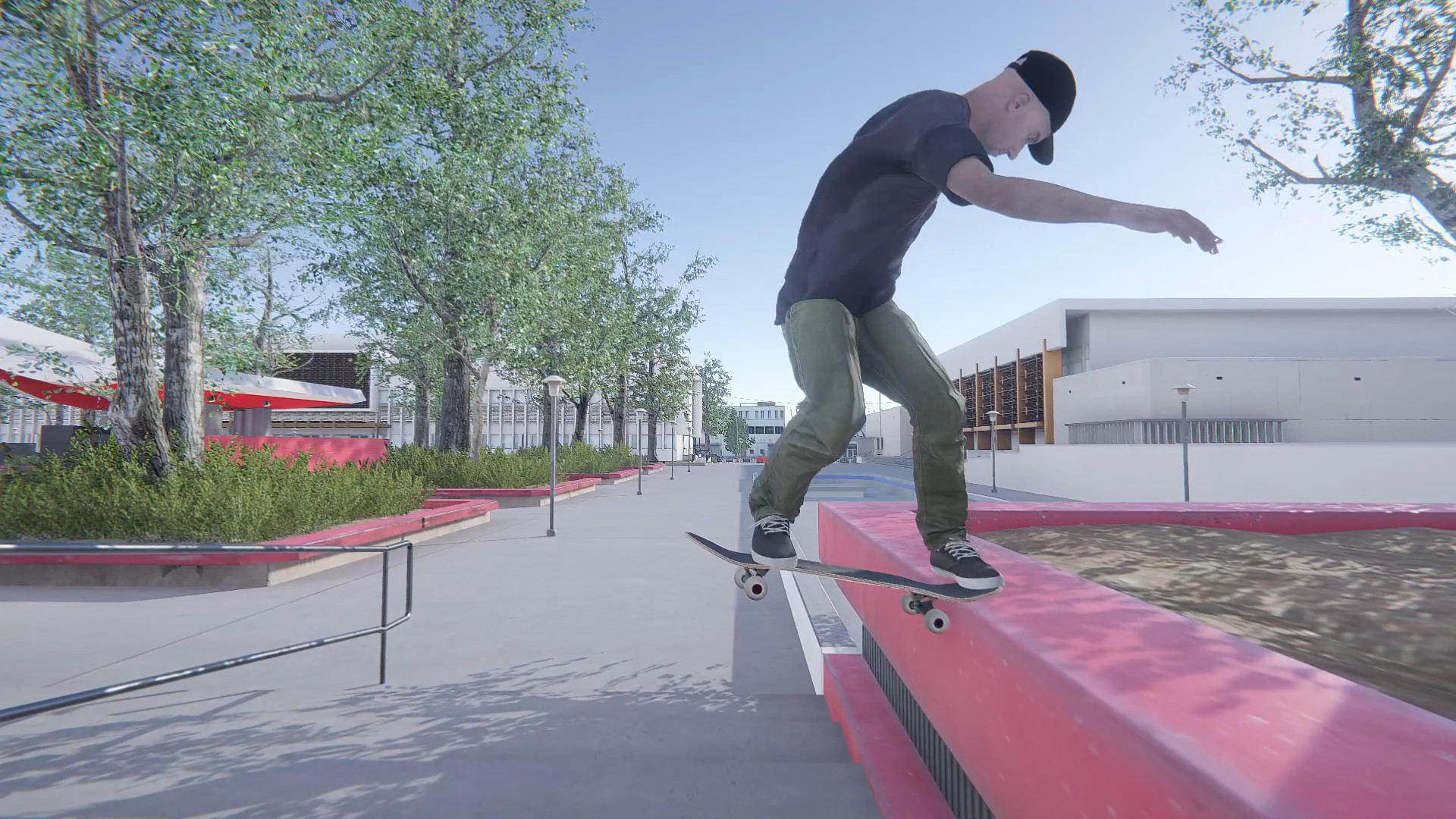 New Kid on The Block

For all the glitches in the game, Skater XL does bring some new things to the skateboarding genre. While it takes some getting used to the controls to the game are pretty solid. Each thumbstick controls an individual foot, right, and left respectively. Left trigger leans left, right leans right, the bumpers perform grab actions in the air, it is all wonderfully simplistic but takes a while to grasp. Because of the normality of using thumbsticks to maneuver characters you really have to unlearn that to enjoy Skater XL. I still catch myself trying to use the left thumbstick to try to control the character as if I am playing Skate or a Tony Hawk game.

The PC version of this game is arguable the best version as it has a park creator mode that brings extra things to do and new maps to try outside of the original fistful of maps. On console, there are only eight maps to play, five created by the developer team as well as three pulled from the community catalog. On PC there is also a far superior amount of cosmetics created by the community. While the main game has some fantastic brands that are well established in the world of skateboarding I never really felt like I had enough there to create a skater I could connect with while I played on the Xbox One. 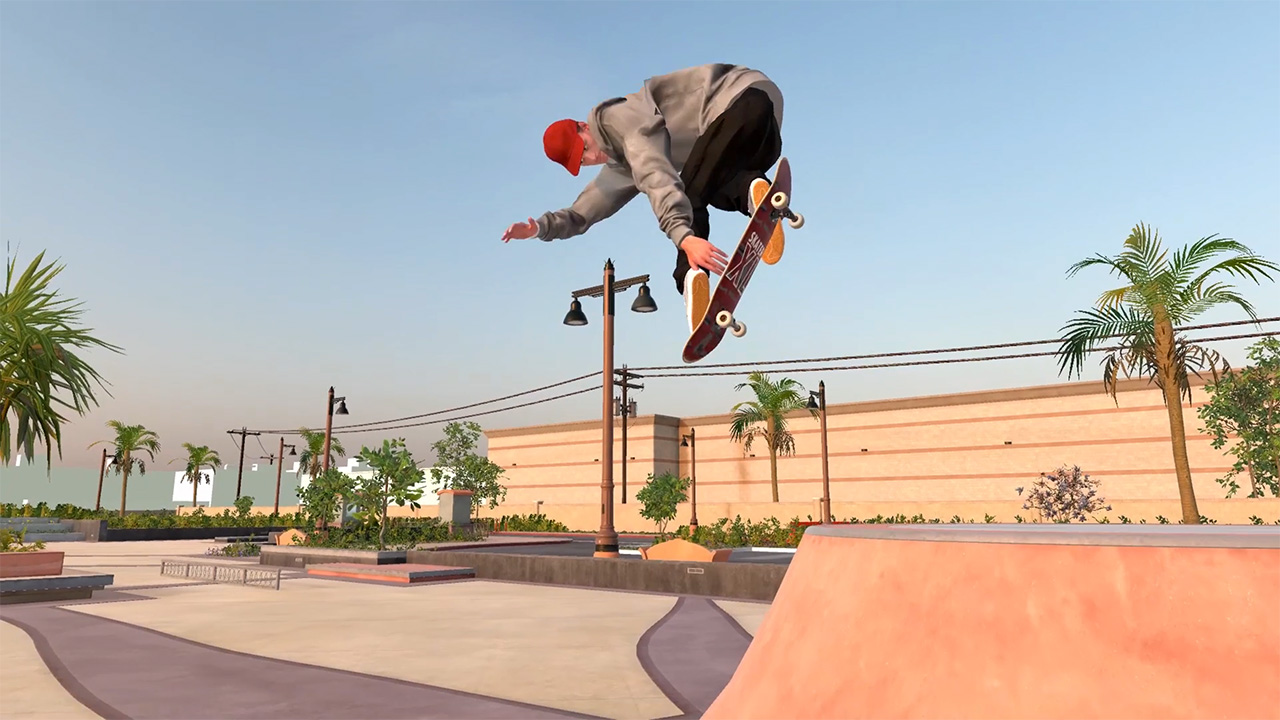 Is There Any One Out There?

The locals of Skater XL are wonderfully crafted but they feel, off. Maps like the Big Ramp, Grant Park, and Hudland all make sense to be isolated while playing. They’re essentially all skate parks that are all a blast to skate around in. Maps like Downtown LA and Easy Day High are constructed nice and skating them feels great, but they feel void of life. The streets of LA are full of cars and businesses yet no one is walking around and it gives this odd sense of nothingness to these levels. Stuff like that made sense in the early Tony Hawk games with both graphic limitations and the fact that locals in that game were locations like an air hanger. Seeing this in Skater XL just makes the game feel glaringly empty.

Not just talking about the trick itself there is a bunch of grinding for achievements in Skater XL. While none of them are particularly difficult they do take some time to get. Achievements like bailing over one thousand times, and grinding 1km in total, not to mention manualing for an hour. All of them are doable but the worst offender on this list and the reason I have not 100% this game is for riding a total of 40,075 km or the literal circumference of the world.

Naturally, the achievement hunting community is trying to find ways to get this other than sinking hundreds of hours into riding the virtual board. It is quite a ridiculous task to ask of even hardcore players to do something like that, it kind of rivals the earlier Seriously achievements in Gears of War in terms of commitment time. 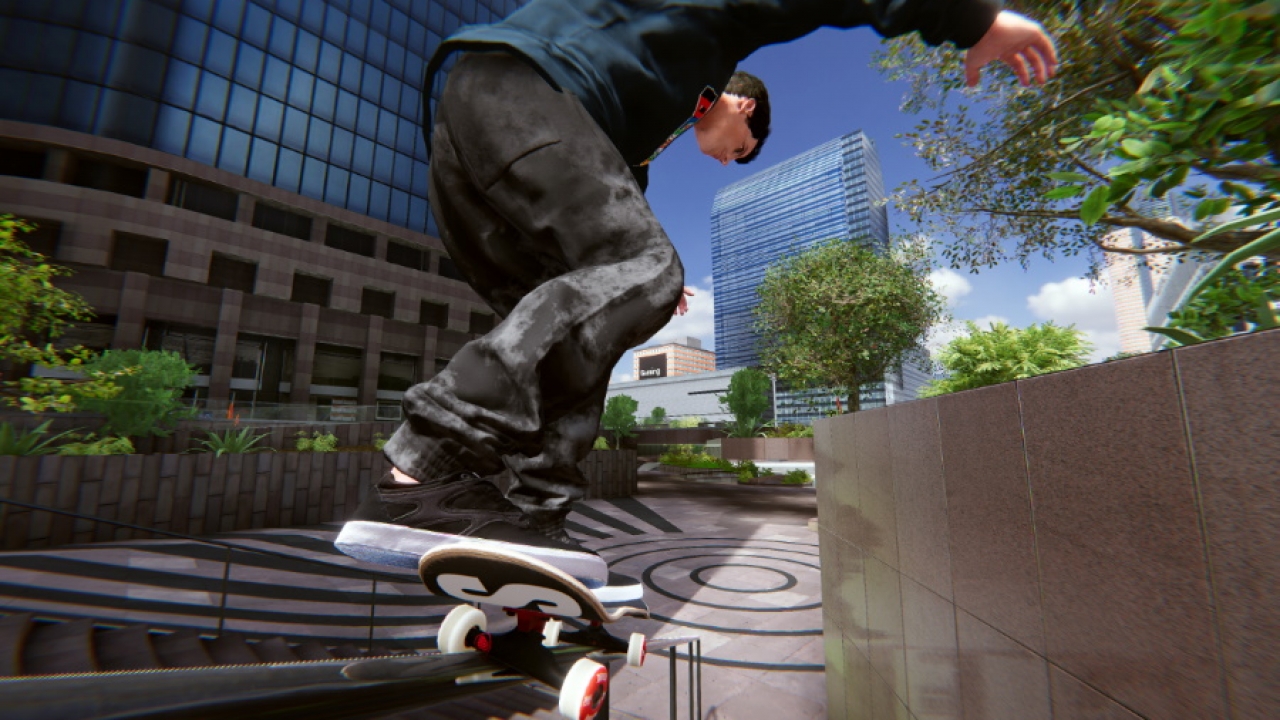 There were some other things that brought the overall experience down but they can be easily adjusted. For instance, the soundtrack gets really repetitive as it plays the same set of songs on a loop. It is never randomized and it loses its’ initial charm fast. Easy to deal with though, just shut off the music and skate in silence or throw on your own tunes.  Overall Skater XL is an enjoyable romp that breathes life into the decaying genre.

It has its flaws, some of them glaring. Getting to the point though, can I recommend paying the full forty dollars to purchase Skater XL? Not really, most of the content can be absorbed in just under three hours on console versions. The PC version definitely feels almost worth the money as it has such a huge and supportive mod/creative community. Either way, I look forward to seeing Skater XL grow and change around its wonderfully crafted core mechanics and gameplay.