Apex Legends Season 6 is here and brings a laundry list of changes to the game. From new locals to drop, the divisive Volt SMG, and the unfortunate news of the Devotion has been released from the drop packages. That has just reignited my hatred for the weapon. The most important addition though is Rampart.

Rampart is the modder of the outlands, and she has come to the Apex games, and with her she brings the devastating Shiela. You’ll find out more about that Gatling gun later. 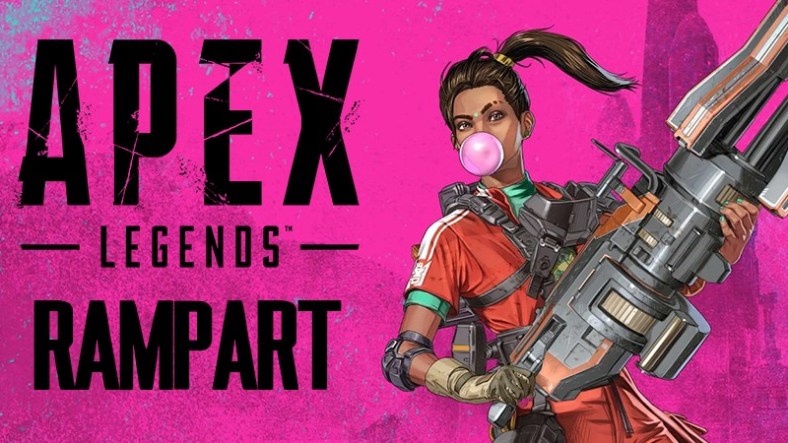 Got Some Plonkers over There

Rampart has a huge personality that brings some laughs when paired with the likes of Mirage. It also just oozes out naturally in gameplay, like when she laughs maniacally as she shoots her mounted turret through her amped cover. Fans of Titanfall are familiar with Amped Ammo which is a special upgrade that lets players use ammo that deals more damage for a short amount of time. Part of that has been transferred into Rampart’s Amped Cover.

Rampart can throw a total of five walls down, each wall takes a few seconds to pop up an additional section. That section will amplify bullets from allies making them hit harder while blocking a little damage that comes in. The walls are pretty easy to destroy so they aren’t game-breaking. They are most effective if Rampart can think ahead or set up early enough into a fight for them to fully deploy. Rampart carries three walls in her inventory and they recharge every thirty seconds. Be mindful though, like Caustic and Wattson she can only throw a set limit of walls down, five in total.

An effective strategy for her is to put extra shields in front of doors or windows. They can be placed right up against them. The walls can be easily jumped over but it’s up to you to keep the enemy from getting that close.

The most rewarding use of Rampart’s cover system is when it is paired with Shiela, her devastating mounted gun. I was worried at first that she would be able to walk around and just melt people like some sort of walking tank. Thankfully overall it feels pretty balanced. The gun hits insanely hard and gets more accurate the longer it fires. Countering the weapon can be pretty easy to do. When setting your turret down try to be aware of any teams having a kraber or of possible rotations to your back if it is unprotected. 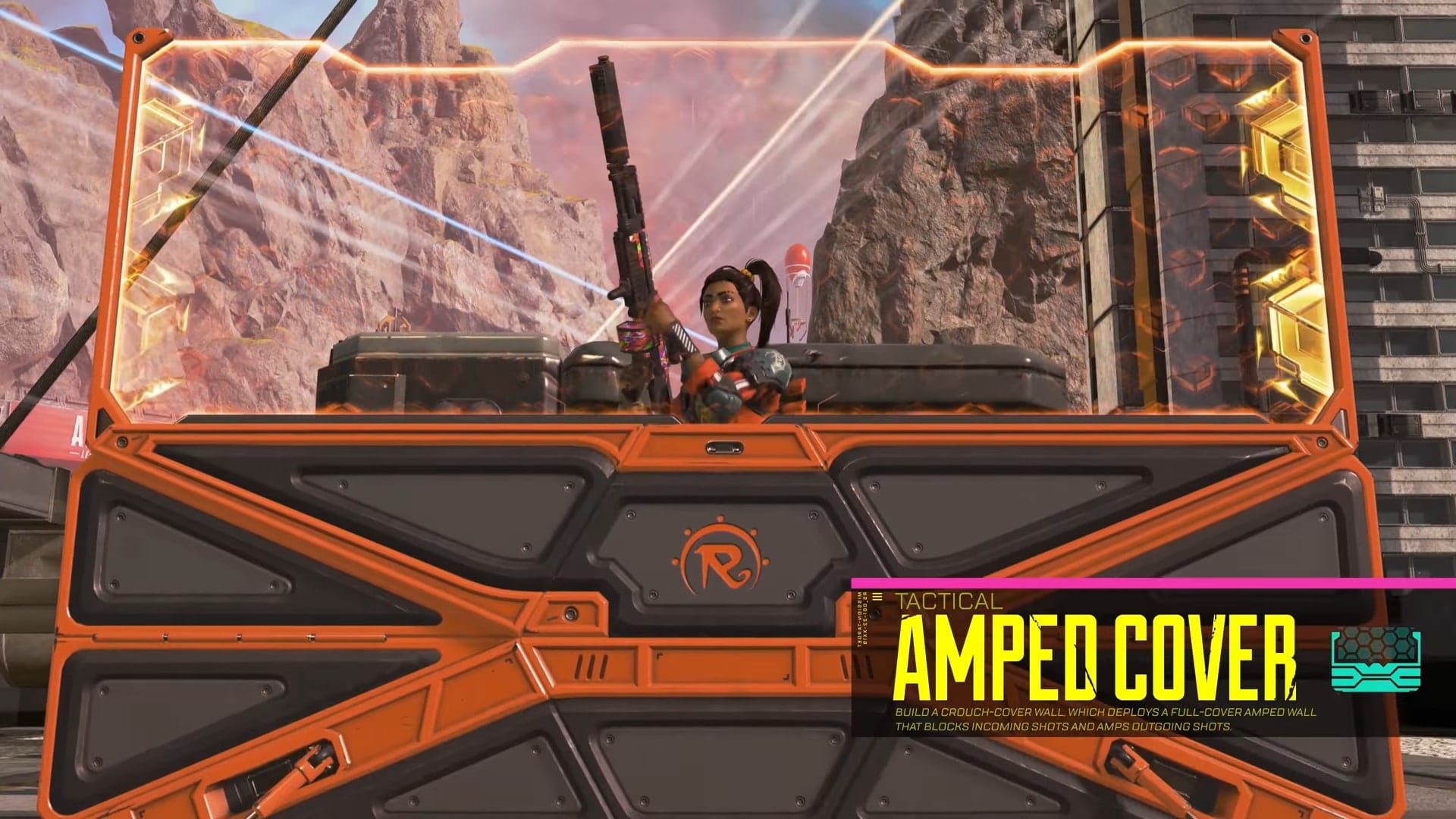 Rampart has an affinity for LMGs. In fact, her passive ability buffs her usage of LMGs, giving them more ammo, faster reload/cooldown when she uses them. For me, it really didn’t make a difference as I don’t really use LMGs. If you share that same loathing of that weapon class then there are a plethora of alternatives. Getting more acquainted with the Volt is also helpful as energy weapons dominate most of this season.

I prefer to stick to some of my staples. The Prowler is still a powerhouse in firefights. The Hemlok had a buff so firing two bursts into someone’s head can be an instant knock. The Triple Take has the choke built in now so from the moment it is picked up it is maddeningly destructive. The Wingman is always a good secondary and pairs well with the R-301.

Normally I would recommend running an R-99, but that was moved into the care package rotation. I still recommend seeking it out, it has a small damage increase and with it being a special weapon it has all the gold attachments on it. It absolutely decimates, it will likely one clip an enemy.

However, if you are still want to take advantage of that LMG bonus that Rampart brings to the table then grab the Devotion. The Turbocharger is now back in rotation for hop-ups so go nuts, hold the trigger down until the gun clicks empty your flesh drips with try hard sweat and the tears of your enemies. The Spitfire also had a small buff so the spread isn’t as wide, Rampart buffs this, even more, when it is coupled with her passive to quickly reload and reenter a fight.

Rampart brings a solid amount of change to Apex Legends. Clicking her walls down in the right ways and chaining them together is imperative to using her effectively in combat. Her ultimate ability Shiela is devastating when used effectively but leaves the user pretty vulnerable to headshots from methodical snipers.

The LMGs of the outlands are even more powerful in her hands and she will laugh as she mows down her foes. If you have any extra tips for jumping into the Apex Legends arena as Rampart let us know in the comments below.

Have you tried out Rampart yet? Tell us in the comments below!

APEX Legends is a free to play game for PC, PS4, and Xbox One