Today Mojang confirmed the introduction of a new mob. This one is in the Nether and unlike the other creatures, this one is passive. Meet the Strider. 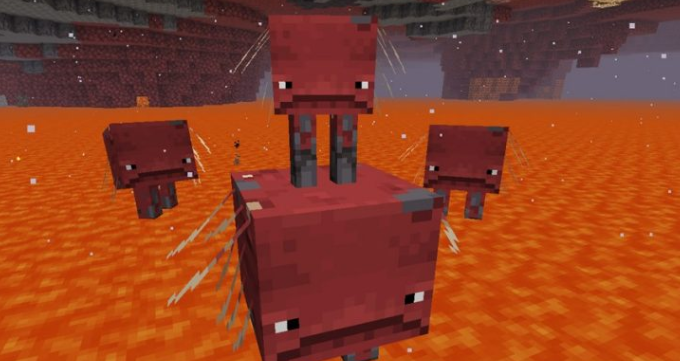 According to the official Minecraft blog:

“The Strider is unique in the sense that it is the only non-aggressive mob in the Nether,” says Brandon Pearce, developer on the gameplay team who’s been heavily involved in the Striders design. “Some players were scared of it, because that’s what they’d expect from something in the Nether, and because it was seen as somewhat ugly – only to realize ‘Oh wow, it’s actually peaceful!’”

You can ride the creature to avoid the lava but remember, this mob is the only thing standing between you and a lava bath.