Marvel’s Avengers is getting a beta and recently Square Enix confirmed the dates. With PlayStation 4 owners getting first access. 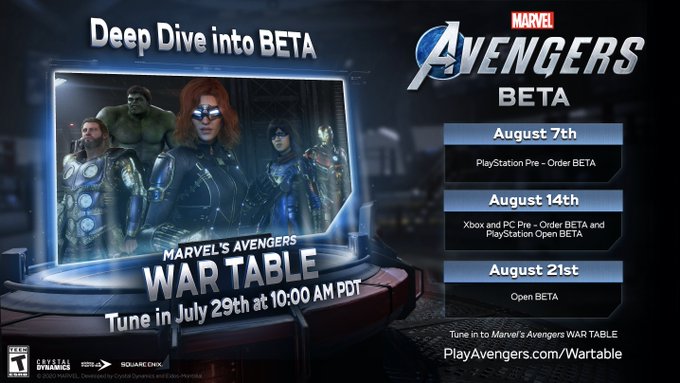 A presentation is set for July 29th at 10 AM PST to discuss what players can expect from the open beta.