Fourth of July has come and gone and with everything going on maybe you forgot what today was! July 8th is one of two very special days for gamers all around the world. National Video Game Day! A holiday so nice, we have it twice. July 8th is apparently the cousin holiday to National Video Games Day on September 12th. So, we thought it would be a good idea for the team to go around and talk about some of their ultimate favorite video games.

When I think of what my favorite video games are the first one that comes to mind is the Gears of War franchise. The original game came into my life when I was a young teenager and has been around during some important moments in my life. When my parents separated I played through the original trilogy and prequel with my mom. When I was younger I bonded with some of my best friends in high school over its visceral story and intense gunplay. The story of Delta Squad had insane twists and turns that I love to revisit on a semi-regular basis.

The new trilogy has been an equally loved experience by myself. I have loved seeing Kait’s story unfold in such a gripping way. Seeing these kids go from peaceful outsiders to being right on the frontlines trying to find Kait’s connection to the Locust. The segments where Kait is experiencing her connections first hand are some of the best of the new trilogy. In Gears 5 controlling the Locust attacking your Uncle’s Town was such a great and heart-pounding fight. I loved being able to make the Locust turn against each other. There were moments in the original game that felt straight out of a survival horror game and I just really love it. Gears 5 is definitely my favorite game for National Video Game Day. 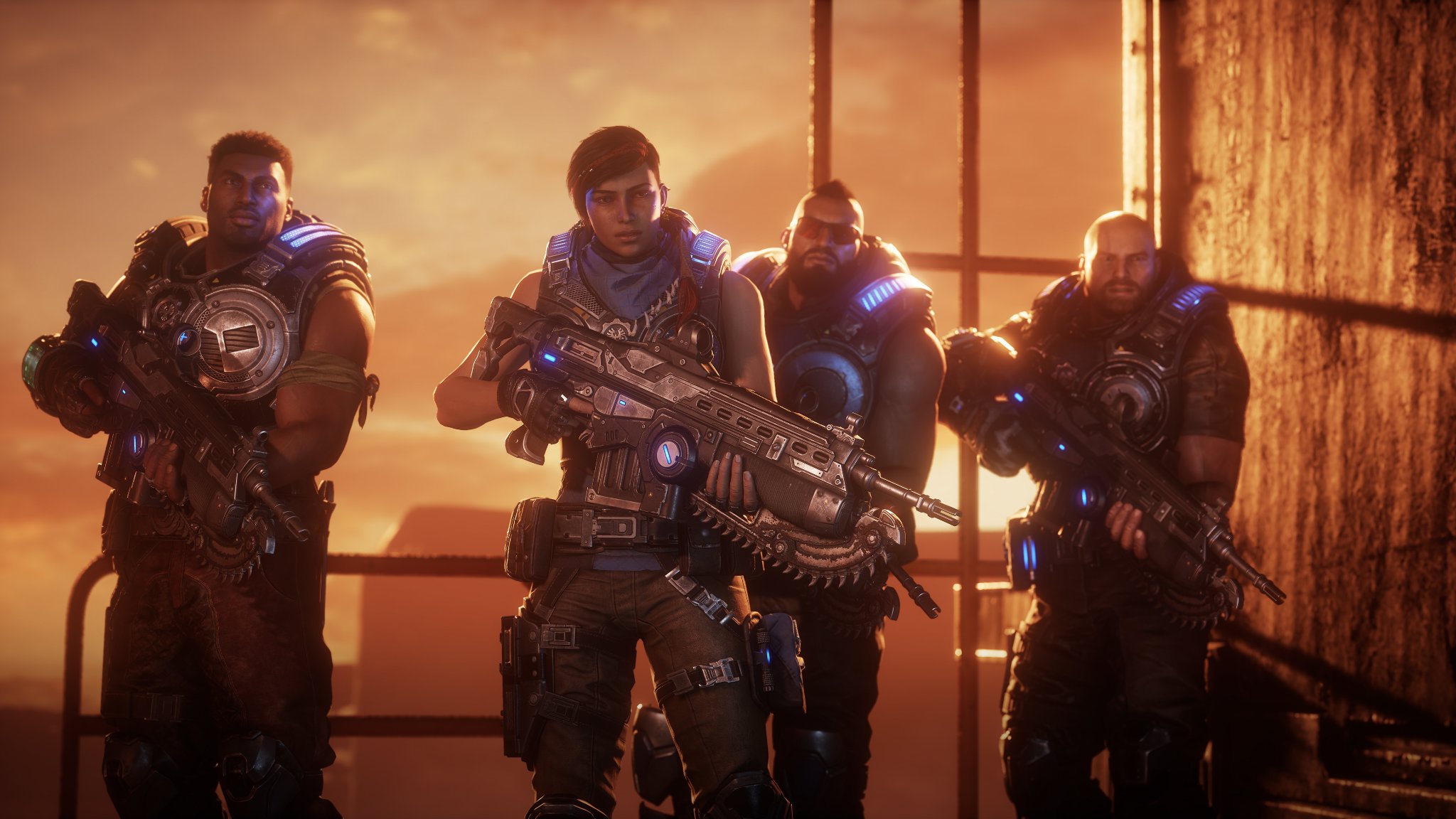 So this one was kind of hard for me because there are a lot of games I played in my youth that I would consider being some of my favorites of all time. Super Mario 3, Super Metroid, Castlevania: Symphony of the Night; I could go on and on. However, there are plenty of new games too that make love the industry right now, Super Smash Bros., Overwatch, Spider-Man, Dragon Ball FighterZ; Again, I could go on and on. So I decided to pick two games from the same series, as Allen did, that really has had a huge hold on my life for years.

Both Elder Scrolls IV: Oblivion and Elder Scrolls V: Skyrim has had control of my life for these past 14 years. One of my best friends introduced me to Oblivion and I was hooked from day one. I know the games need some help as far as guards repeating the same thing over and over, and the facial details on many of the NPCs might as well just be classified as “generic af” yet still roaming the countryside and looting caves and villages and all the different side quests have put me about the 1k hour mark in BOTH games.

I have spent hours roaming the countryside, scaling mountains, swimming in rivers (and off that giant waterfall once by accident), ridden horses, killed vampires, dragons, giant spiders, Mammoths, and trolls. I’ve hunted down thieves and stole everything they owned. I’ve helped the gods and goddesses themselves. I’ve done stuff in Skyrim (and Oblivion) that I would never do (or get to do) in real life. It has brought me hours and hours of adventure and happiness. So that is why for National Video Game Day I am Picking the Elder Scrolls V: Skyrim. I couldn’t be more excited for Elder Scrolls VI. 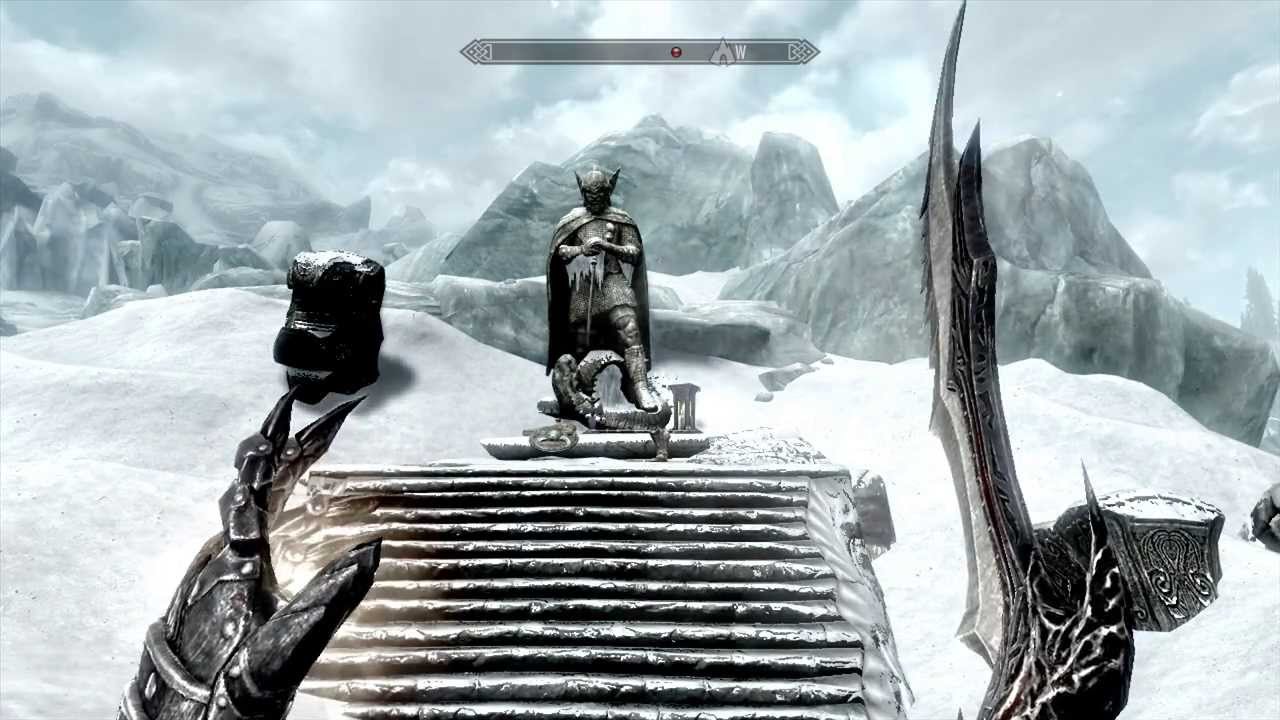 Trying to pick your favorite game can be tricky, but there is one that stands out to me that I recommend to my friends all the time. It’s not a big blockbuster AAA title either, I find that there are so many gems found in AA and indie games and for me, that game is Layers of Fear. For those who know me know I’m a fan of the spooky and the macabre, and Layers of Fear offers that in a grand way.

The game is a psychological horror game with few jump scares but it isn’t dependent on the jump scares to really make for an eerie experience. The game has incredible audio design that set the way for a truly chilling experience. The anticipation that is built up is accompanied by a deeply emotional storyline as you follow a deeply depressed painter trying to finish his Magnum Opus. With multiple endings, procedurally generated levels that change before your eyes, a creepy Victorian setting, and an emotional story this game really hits on so many emotional aspects that will keep you on the edge of your seat, trying to solve the mystery. It’s currently on sale on Steam for only $4.99 and will provide hours of gameplay with a new experience with each play-through. 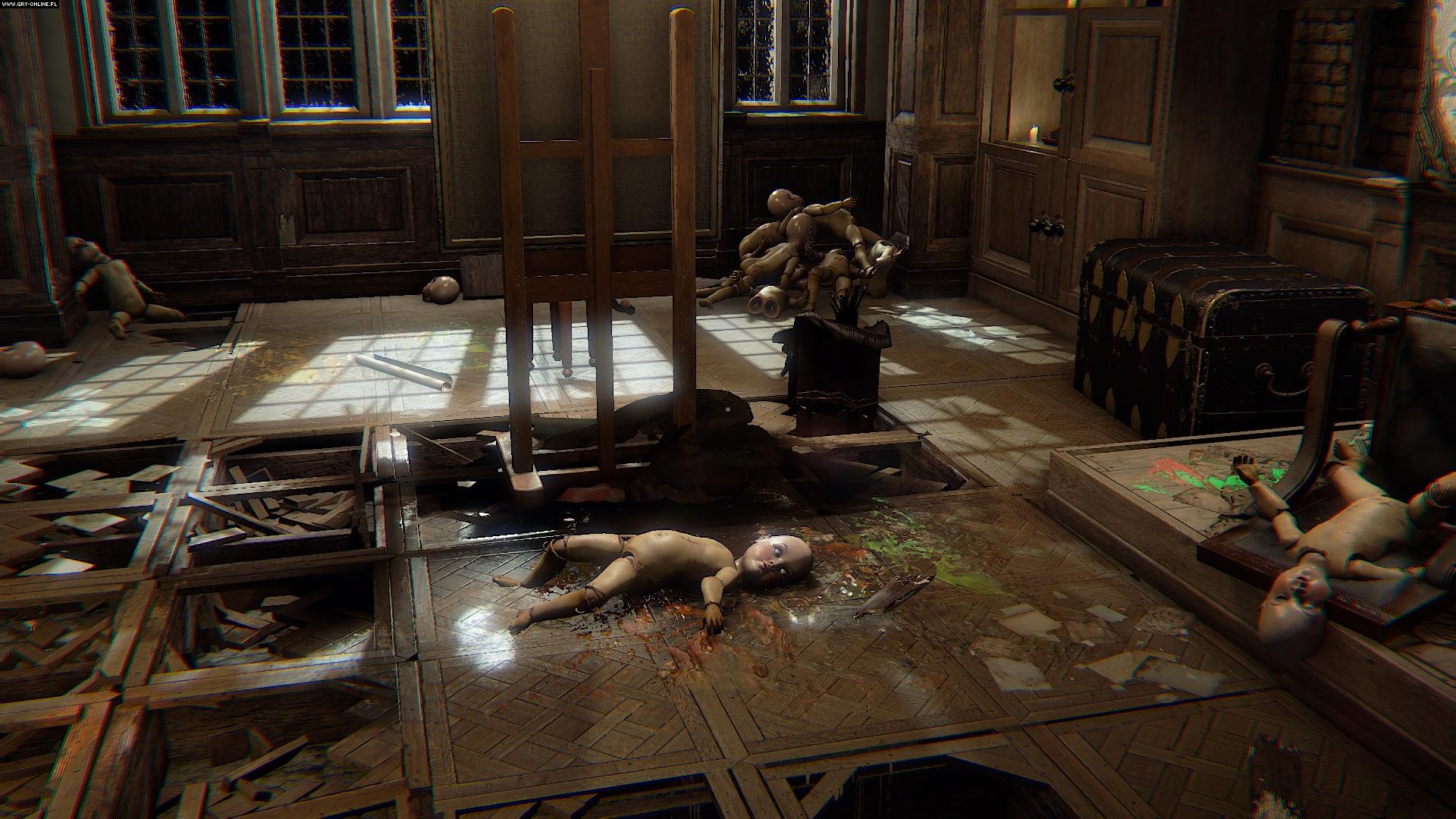 I feel like trying to choose your favorite video-game for National Video Game Day is like trying to decide which cuisine do you love the most: the answer being I want them all in a buffet-style setting. The past few years alone I’ve experienced some of my favorite games of all time including Prey (2017), Fallout 4, Control, The Last of Us Part II, No Mans Sky, Deus Ex: Mankind Divided, Doom Eternal, DayZ and god knows the list goes on-and-on. But over the past decade, there is one game that made me fall in love in a way I didn’t know was possible. This game is an epic, sprawling adventure that gives players a wealth of choice and possibilities to tackle the world in any way they see fit. If you know me or have read any of my work, then you’ll know that I’m talking about The Elder Scrolls V: Skyrim.

Calling Skyrim “special” is actually a disservice to the game: it’s far more than just merely special. It is one of the most unique landscapes you will ever traverse, teeming with unique characters, locations, and lore so rich that you can easily mistake it for a real place in the world. Originally launched in 2011, the game has for sure aged. NPC’s do feel a bit dumb and even when you’re running 100+ mods like I am, the engine has cracks in the form of a mammoth flying into space. Despite all of its blemishes, I have never in my life played an open-world so inviting and lived in as Skyrim. No, seriously, not even Witcher 3, Assassins Creed: Odyssey, Zelda Breathe of the Wild comes close in its world-building and sense of place. Skyrim is what made me fall deeply in love with video-games, and I can confidently say when Elder Scrolls VI comes out, I will be taking two weeks off to play the game and get lost in Bethesda’s superb fantasy world. 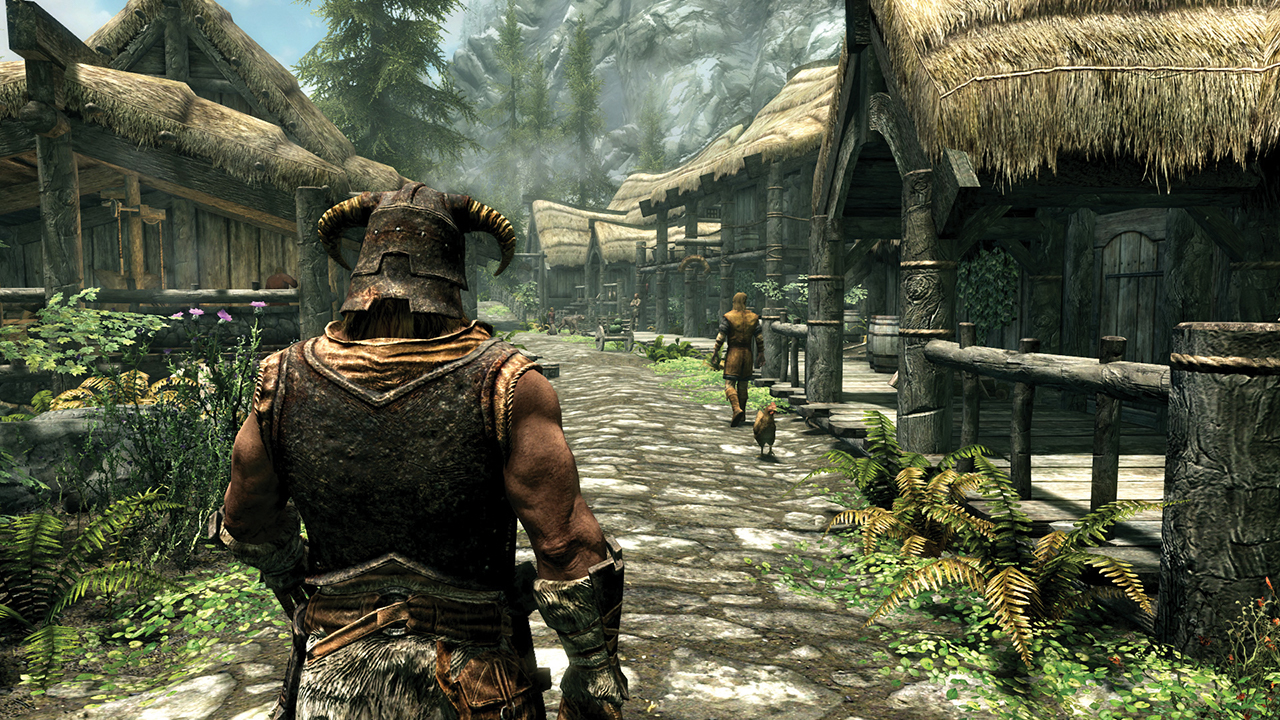 The obvious choice for gaming on National Video Game Day would be Mass Effect 2, as it is by far one of the greatest games to date. Mass Effect 2 has by far the best cast of characters for any game, as well as fun and innovative gameplay that has stood the test of time. Unfortunately what hasn’t aged well about Mass Effect 2 would be in the graphical department. I’ve attempted to remedy the graphical imperfections via modding but even after installing the ‘ALOT’ (A Lot of Textures) mod, the game still shows its age. The Mass Effect series needs a full remaster to bring it up to modern graphical fidelity by improving not only the textures but lighting and maybe add some ray-traced reflections. As much as I love Mass Effect 2, the game that I will be enjoying all day for National Video Game day was recently remastered. 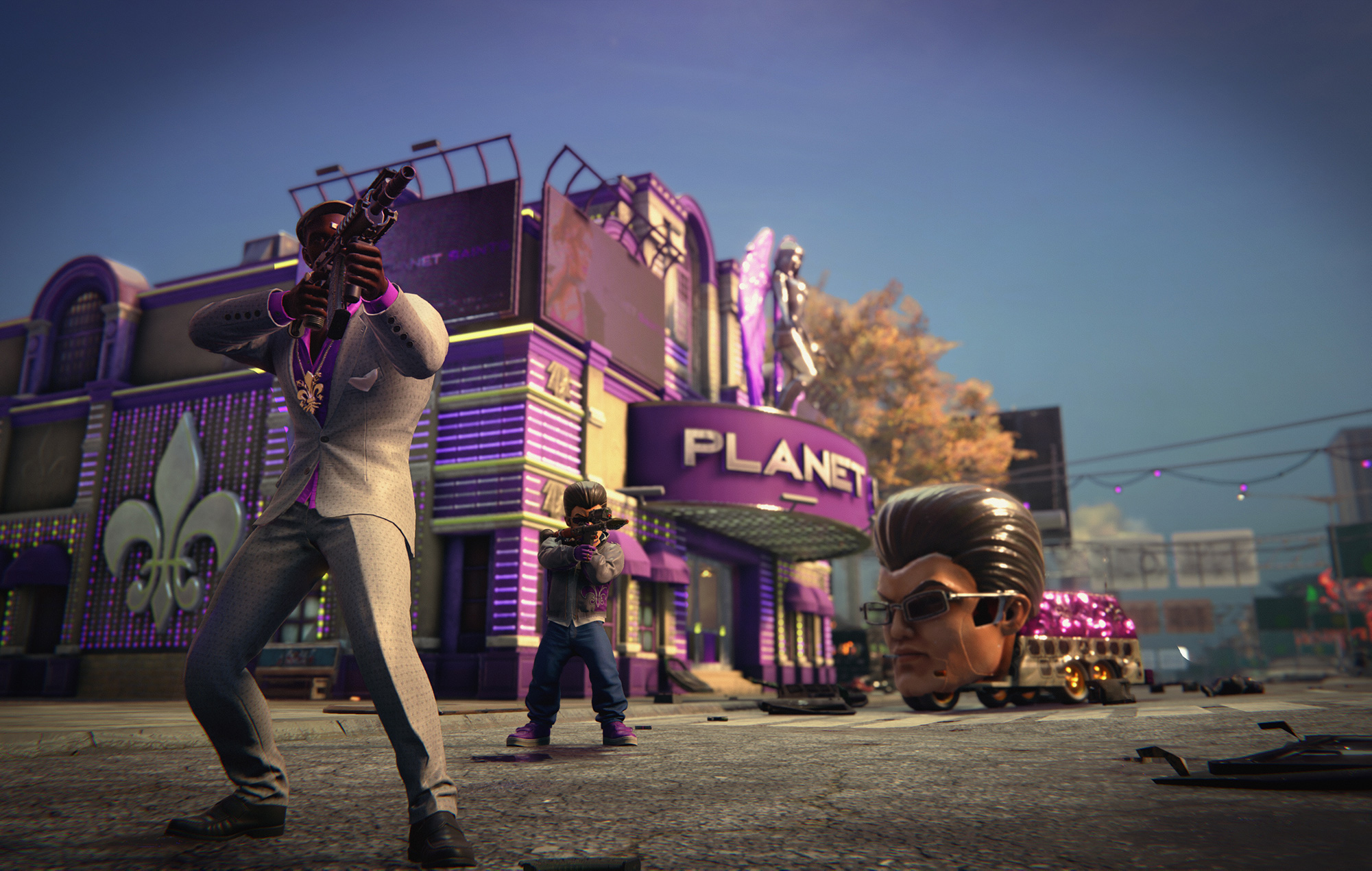 Across three decades I have had the opportunity to experience many amazing games from different genres across different platforms, PC, console, and mobile. There are those titles that I have held deep in my heart since I can remember and still love to this day like The Legend of Zelda, Pokemon, and Resident Evil. With so many games to choose from as favorite, right now I would say Destiny is the one for me.

I find Destiny like comfort food for gaming. I love the lore, the characters, and how you connect with others to play around. Through this game, I have had the opportunity to connect further with my brother and make new, awesome friends. With great hope, I would love to team up and battle the darkness in Destiny with my daughter when she is old enough to play. For me, it’s easy to come back to Destiny, get on my sparrow, and jump to a crazy adventure. This is why I choose Destiny as my favorite game for National Video Game Day. “Eyes up Guardian”. 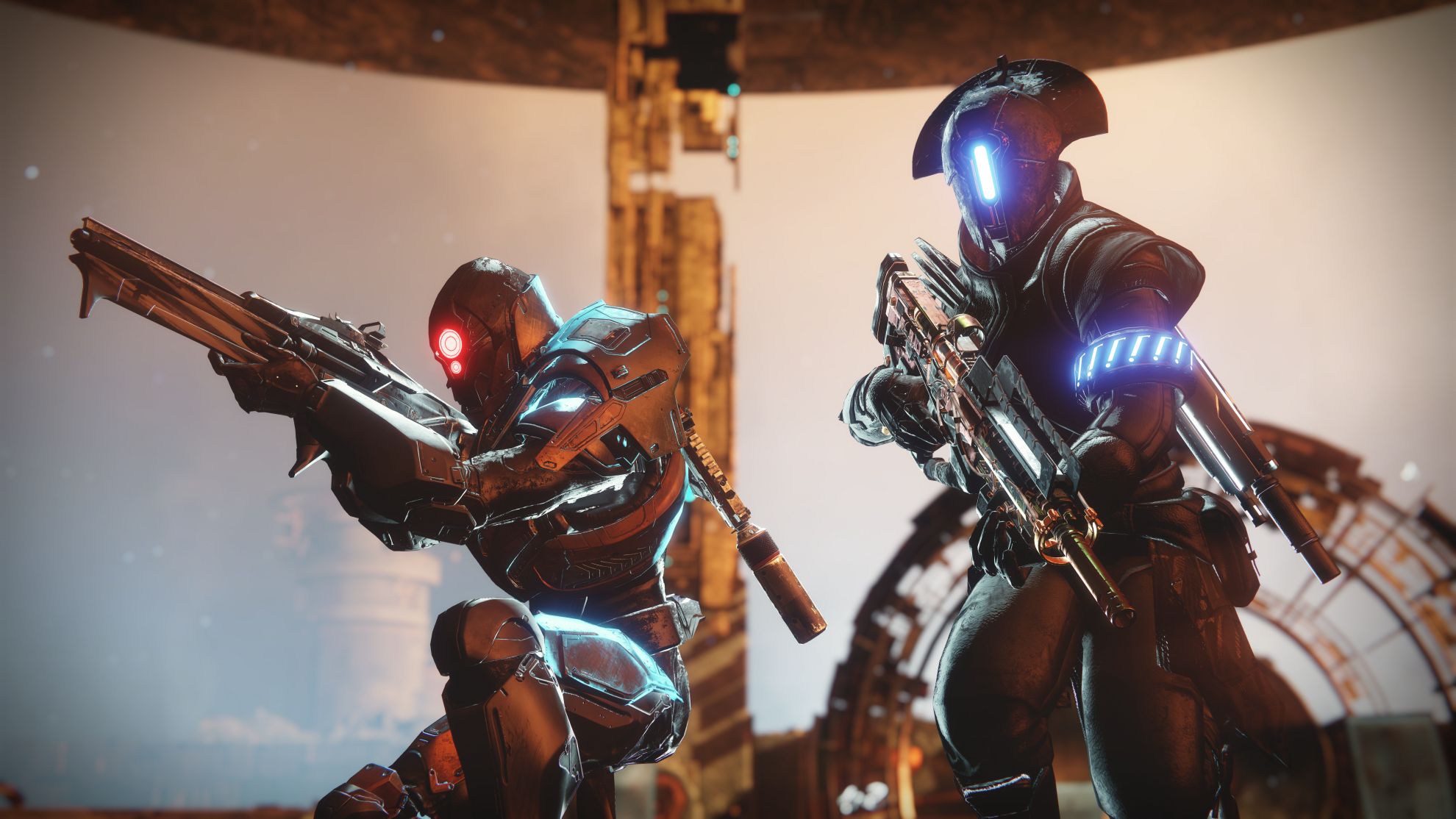 HAPPY NATIONAL VIDEO GAME DAY FROM ALL OF US AT GAMING ACCESS WEEKLY!