Epic Games have updated their store with new free games. Offering 3 free games until August 6th for everyone. 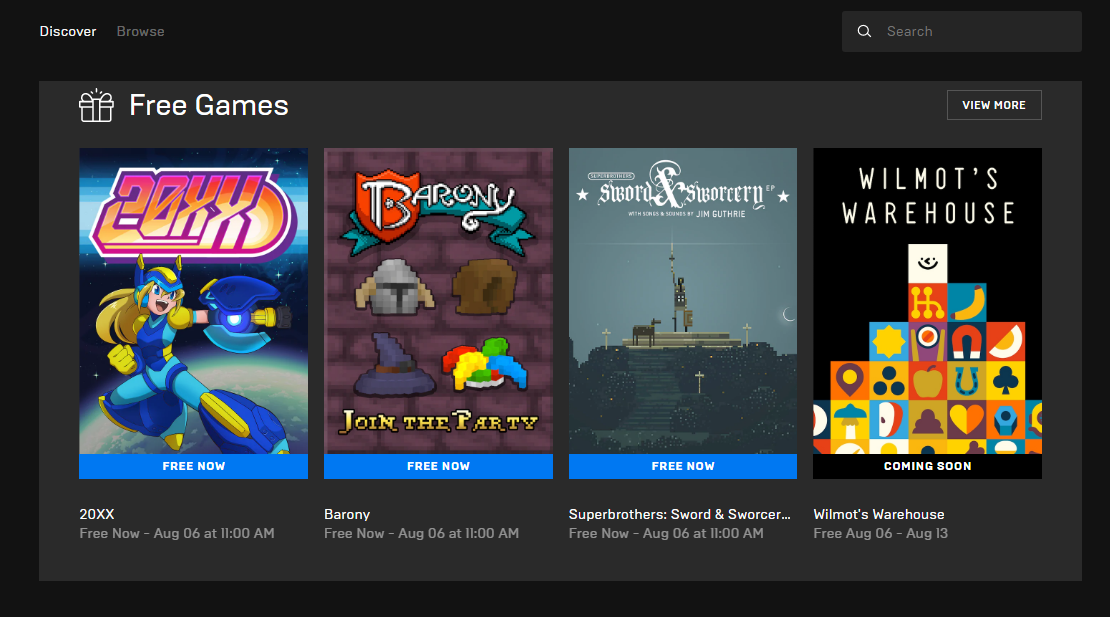 20XX is a roguelike action platformer that you can play with a friend. Jump and shoot your way through ever-changing levels, collect awesome new powers, and battle mighty bosses in the name of saving the human race maybe!

Barony is the premier first-person roguelike with co-op. Cryptic items, brutal traps and devious monsters, like those found in classic roguelikes and CRPGs, await you. Conquer the dungeons alone, or gather a party in co-op with iconic and exotic RPG classes.