Deathgarden: Bloodharvest is coming to an end. With the developers alerting players that servers will shut down this August 12th.

Last November, we said that we would keep the Deathgarden servers up for an undetermined period of time.

Today we are announcing the sunsetting of the game. The servers will be closing on the 12 of August 2020. Deathgarden will no longer be playable at this point. (1/2) 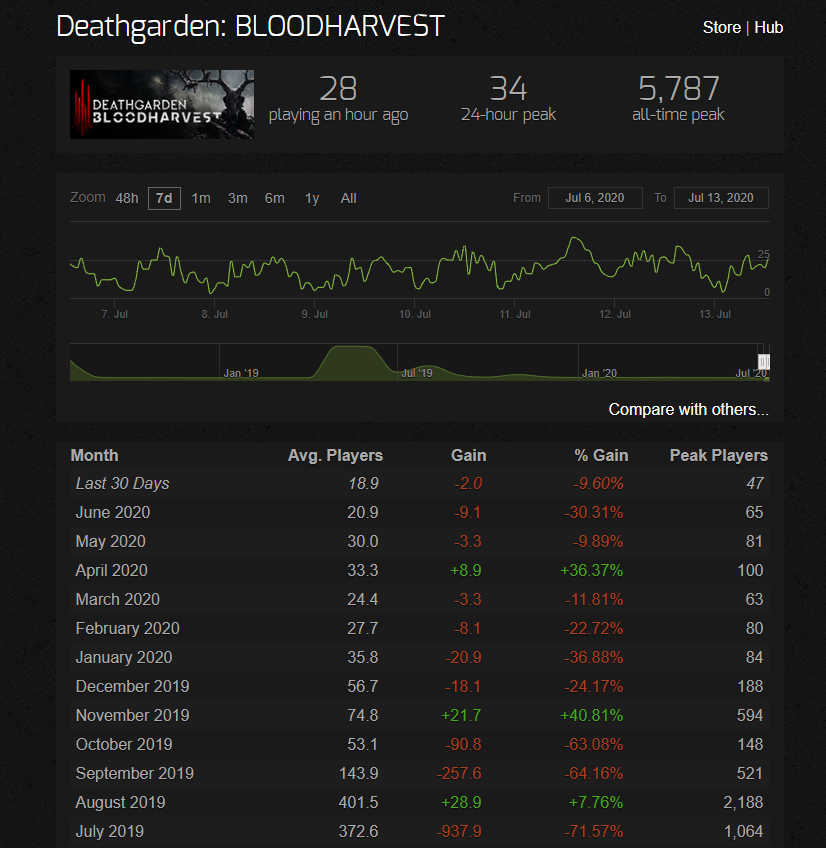 It’s never pleasant to see a game die like this but its probably for the best.