Since Ubisoft revived the Far Cry franchise with Far Cry 3 the series has been extremely popular. With each new installment introducing a new charismatic yet violent antagonist and different area. According to a new rumor from TweakTown, Ubisoft is planning the set Far Cry 6 is an exotic new area outside the US. 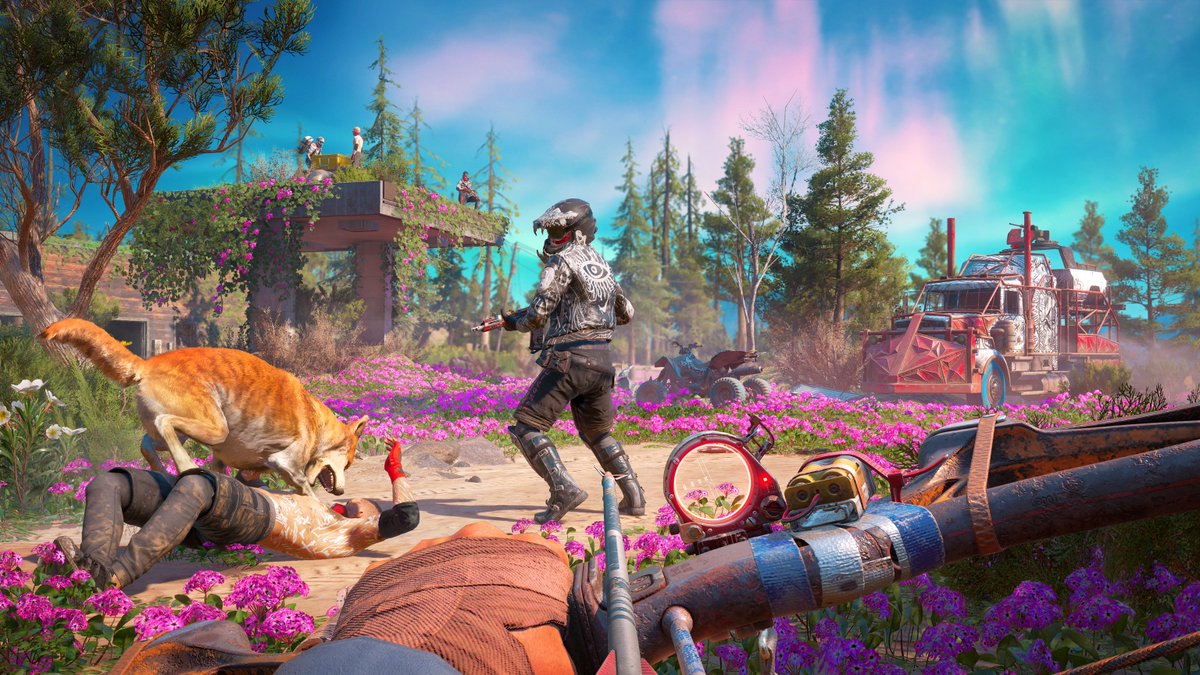 The information comes from Gamereactor.dk:

“The last [Ubisoft] game scheduled to be released before April (unless Ubisoft decides it’s this game that should be postponed due to COVID-19 or that there are too many AAA releases in a fairly short window) is set to be a Far Cry”. It continues: “I don’t want to ruin Ubisoft’s plans by giving you all the information, but I can say with certainty that those of you who didn’t like Far Cry 5’s North American setting are likely to find this game more interesting when it’s officially unveiled during Ubisoft Forward on July 12”.

The game is expected for a 2021 release and will likely be a next-gen title.

Far Cry 5 had players traveling to Hope County Montana to stop Joseph Seed. A dangerous cult leader who has taken over the region using a powerful drug called Bliss. Far Cry: New Dawn takes place after Far Cry 5’s ending, with the player surviving the fallout of the first game. Taking on a new threat, the twin’s Mickey and Lou.

Far Cry 5 and its sequel Far Cry: New Dawn is now available for PC, Xbox One, and PS4.