Apex Legends still has its’ neat little claws deep in my back, so I haven’t really wanted to play anything else. The release of the fifth season of the game has only made it harder for me to break away. Be that as it may, I still managed to squeeze in some time with other games, even trying a game or two outside of my comfort zone. I even managed to get back into a series I fell out of love with.

The Diablo series was never really on my radar. It didn’t feel like it would sit well with me in the same way World of Warcraft never did. My girlfriend had told me a story about how she played it growing up so I decided to try it when she came back to town from school. Diablo 3: Reaper of Souls cost me just under 20 bucks and it feels well worth it so far. Crawling through the dungeons and various enemy riddled areas brought me back to running through Gauntlet: Seven Sorrows on my PS2.

I chose to play a ranged character called a Demon Hunter. She uses her crossbow to deal out damage to enemies at a distance while the Barbarian (or whoever else) deals heavier amounts of damage. Your character levels up as the bodies pile up and the story progresses. Skill points and new upgrades are found in a pretty standard menu system. It surprisingly didn’t take long for me to find legendary armor pieces and ultimately make me even more impervious to damage. I already had a buff that let me heal per second as I dished damage out. Overall hunting down the devil has been done in a worse manner than Diablo 3 does it. Having a co-op partner makes the game all the more fun given the current state of the world. 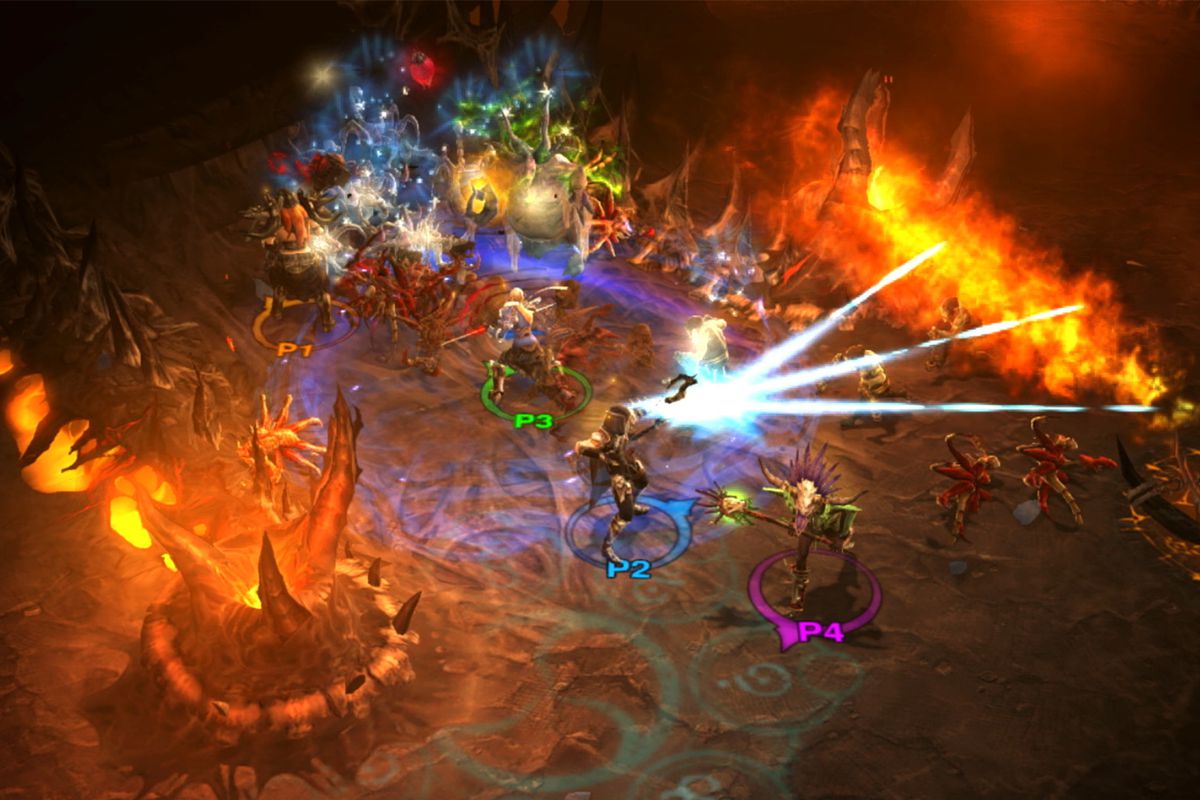 I know I have mentioned Resident Evil: Revelations 2 before but having finished the whole game recently I feel like I have a new appreciation for it. Yes it has the trademark campy writing and structure of the Resident Evil series but this game also felt pretty good in both single-player and co-op. The two sides of the story follow Moira Burton and Claire Redfield as they get kidnapped and subjected to an island of horrors as an experiment. Then the second segment follows Barry Burton six months later as he tries to find his daughter Moira and Claire.

During both segments of the game, it is imperative that both characters get used. Since Moira refuses to use a gun she runs with a crowbar and flashlight, both of which help Claire as she is fighting and solving puzzles respectively. When playing as dear old Barry, he has a little girl named Natalia with him. She is a surprisingly useful companion for a number of reasons. She can see monsters that are invisible, she can hit them with bricks to slow them, and is often needed to get through small holes to open up doors for Barry.

The overarching story introduces a new member of the Wesker family. She is forcing people on the island to test out some new strain of Euroburos as I understood it. This one triggers based on fear levels in the test subject which leads to some plot holes in the story but nothing too major. The game will run you about twenty dollars which isn’t bad for every episode and the DLC plus some unlockable costumes. 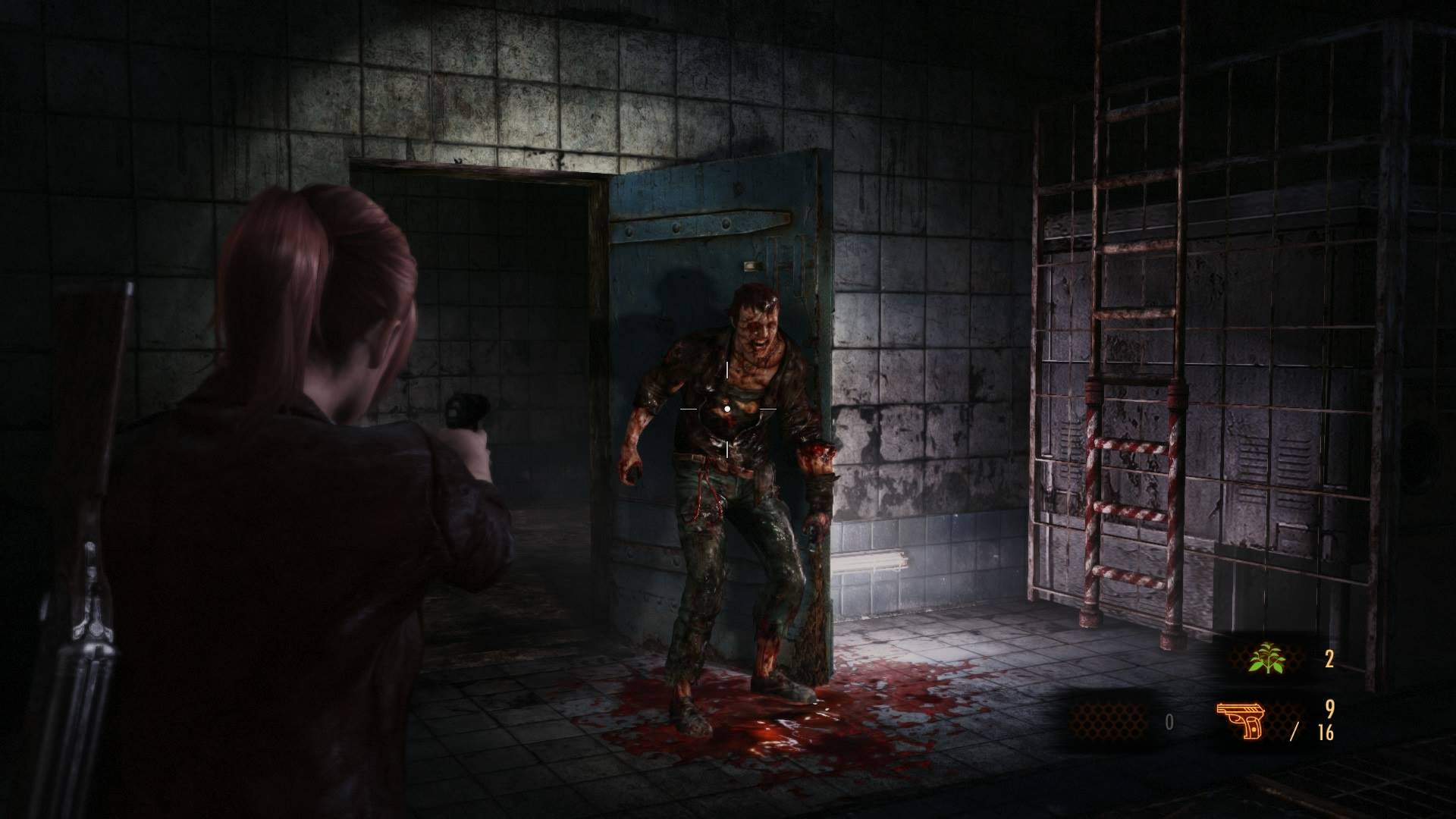 Elder Scrolls Blades looked moderately entertaining when it was announced. Unfortunately for me though my phone is a prepaid piece of garbage so I had to wait until it moved platforms. Right now it is available on the Nintendo Switch and more or less is a great port of the original. The movement of the joy-con is pretty fitting to hack and slash your way through enemies. Exploring different little areas is also enjoyable. I noticed though that the game feels a little clunky when you leave the joy-cons attached to the switch. Then you just need to lit the appropriate face buttons and the character should respond but it feels off. It’s hard to explain why but the hits just don’t seem to land properly. Still though for a price point of absolutely free there really isn’t a downside to installing it. 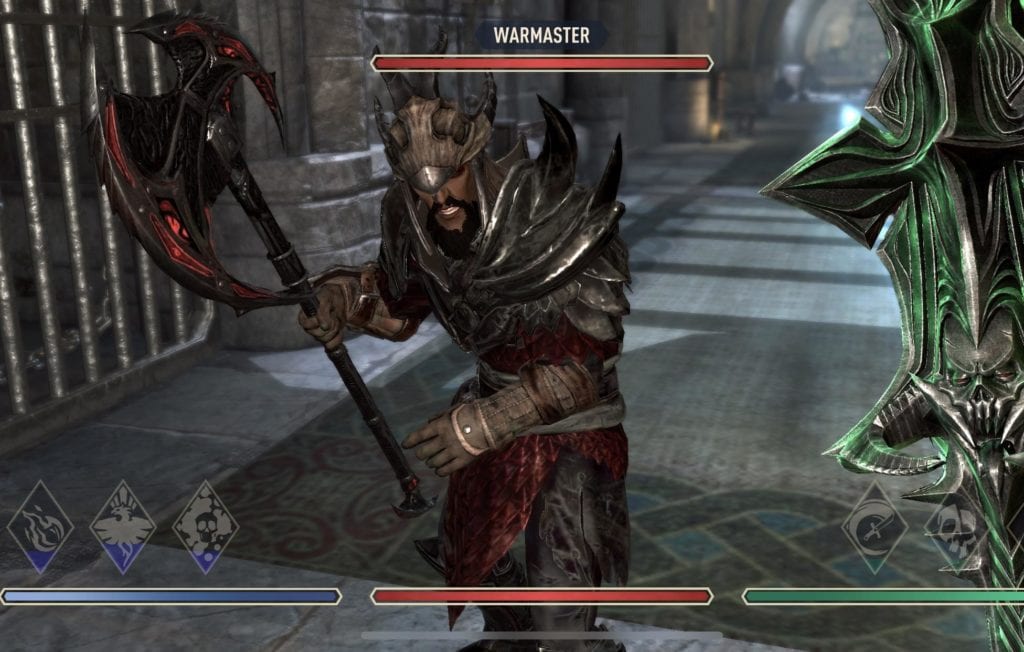 On a whim, I grabbed both Assassin’s Creed: Origins and Odyssey when they were bundled for about fifteen dollars a few weeks back. I was hesitant to start them up but Assassin’s Creed: Origins has been an absolute blast. Players play as Bayek a Medjay warrior in Egypt around the time Cleopatra ruled. Bayek and his wife Aya are on a quest to murder the men who killed their son. The fighting controls are shaken up and use the left and right triggers for blocking and heavy attacks. The Right Bumper is used to do light attacks and it all takes a little to get used to. Outside of that the only real negative I have with the game is being forced to do sidequests.

In Assassin’s Creed: Origins, players have a level up system and a basic RPG style skill tree. Missions have level recommendations for them that are a little lenient. A player with level 10 can do level 11 and 12 missions with a little bit of escalated challenge. What makes it annoying though is when a player who just wants to do the main missions is forced to grind endlessly to move to a point where they can do the next mission. Case in point right now I am a level twelve, my next mission is level 15 which means I have to level up two or three times in order to do it. I chose a side mission that was recommended for levels 14 and up. Then out of nowhere the final enemy for the mission is a level 15 who just two taps my character despite me having legendary armor. Completely ridiculous that I HAVE to do side missions and NOW I’m stuck in a death loop unless I completely abandon the side mission I didn’t want to do in the first place. It is aggravating but if you want a great game that is heavy on world-building and well-designed characters then Assassin’s Creed: Origins is worth the eighteen bucks at Game Stop. 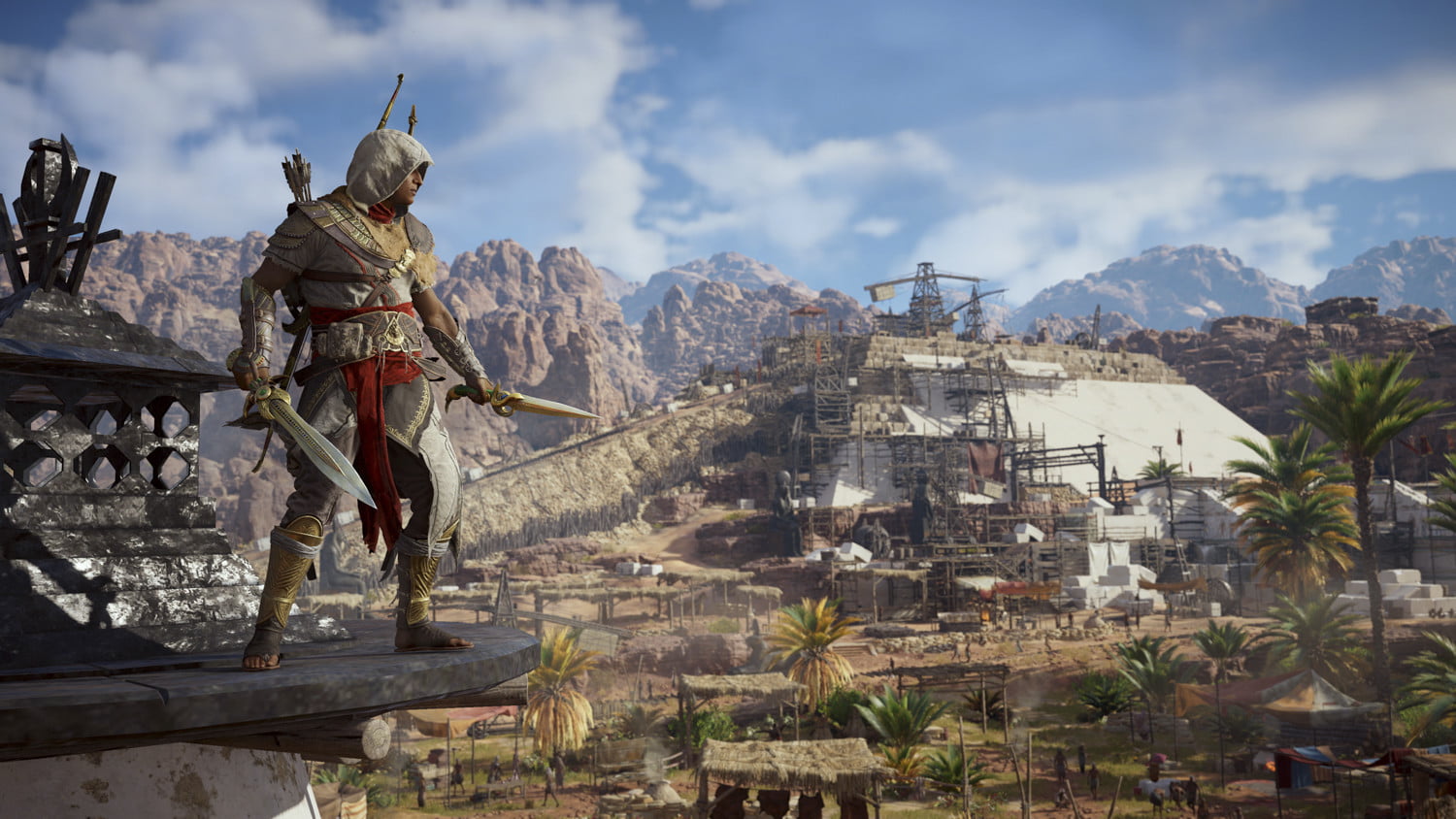 Pulling myself away from Apex Legends has been hard but these games have made it well worth it. I highly recommend Assassin’s Creed: Origins. I was burnt out on the series but this has brought me back in and is getting me very excited for Valhalla later this year.

Let me know your favorite games to play on a budget down below in the comments.