Pre-orders for the game have gone up on all major services (save for steam, on PC the game is exclusive to the Epic Game Store and Ubisoft’s Uplay). The collector’s edition is particularly robust: 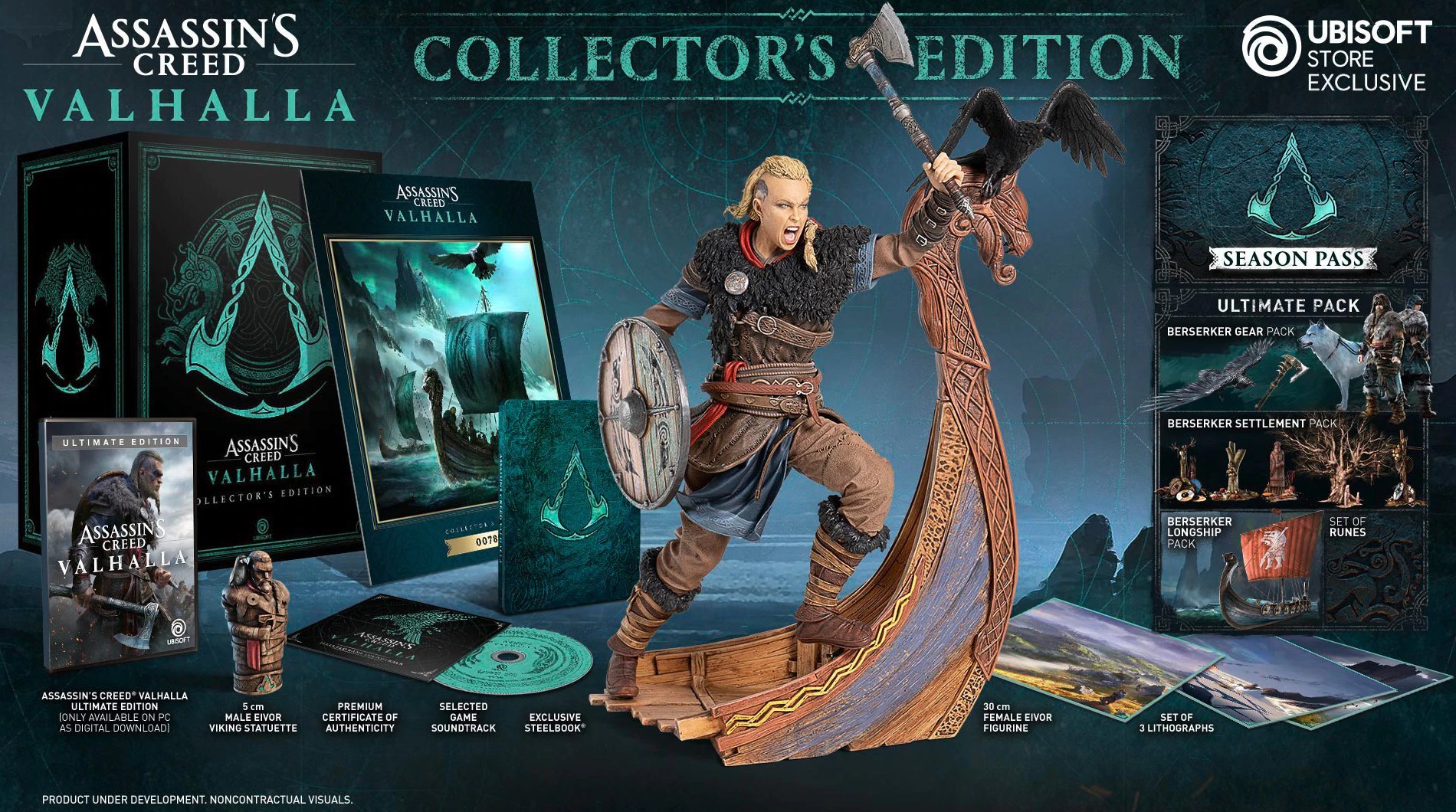 The end card also noted the world premiere trailer for the game will debut on April 30th, at 8 am PDT. This will be the first Assassin’s Creed game since 2018’s highly regarded Assassin’s Creed: Odyssey. The last time Ubisoft took a year off of the formally annualized title resulted in 2017’s stellar Assassin’s Creed: Origins.

The quality of the last few games has been a noticeable increase since the last traditional title in the franchise, Assassin’s Creed: Syndicate in 2015. Check out the finished art piece below, the official timelapse of the stream, or if you’re really feeling up for it the entire 8:10:49 stream.

Are you ready to enter the hall of Odin? Perhaps share a beer with Baldr and Thor? We’ll find out more tomorrow when the official trailer goes live.