Now that that is out of the way this game definitely feels like it is very early in someone’s career as a developer. So naturally, it has its’ fair share of issues. There is a slight bit of charm in the game that I want to talk about later but I want to discuss the many issues that plague the game first. 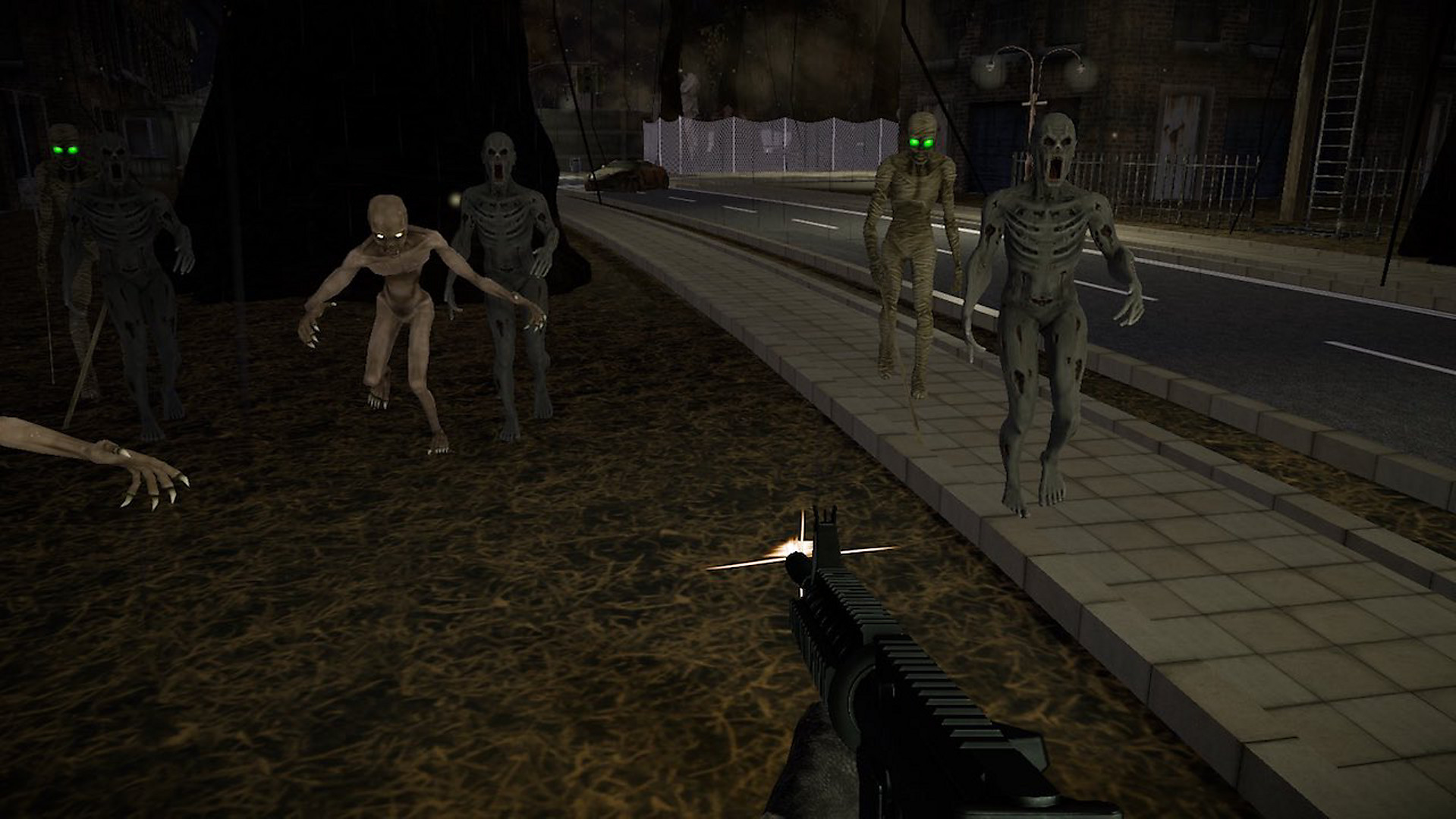 The opening moments of The Unknown City (Horror Begins Now) Episode 1 follows the two protagonists as they drive down the freeway. The two police officers seem to be lost and bickering back and forth. The problem is they both sound like they were played by speak and spell toys with how much their voices sound like a robot. It is hard to get invested in any character that is supposed to be humanoid if they don’t sound, human.

Digressing from that the cruiser starts acting up and the lights on the car freak out eventually leading to the car stalling in a small town. Then somehow the car turns back on and the characters don’t just leave? It isn’t clear if the town was their actual destination or if there was something more wrong with the car. The characters just start to walk around the town.

One of the most annoying parts of this segment is the fact that if you get more than five feet from the NPC she stops and yells ” HEY OVER HERE!” Needless to say, that gets old very quickly. If you get too far ahead of her this also triggers her to stop in place and yell for him to return. Wouldn’t she just want to keep pace with him, or just keep walking? It’s not like I went to the other side of the town. 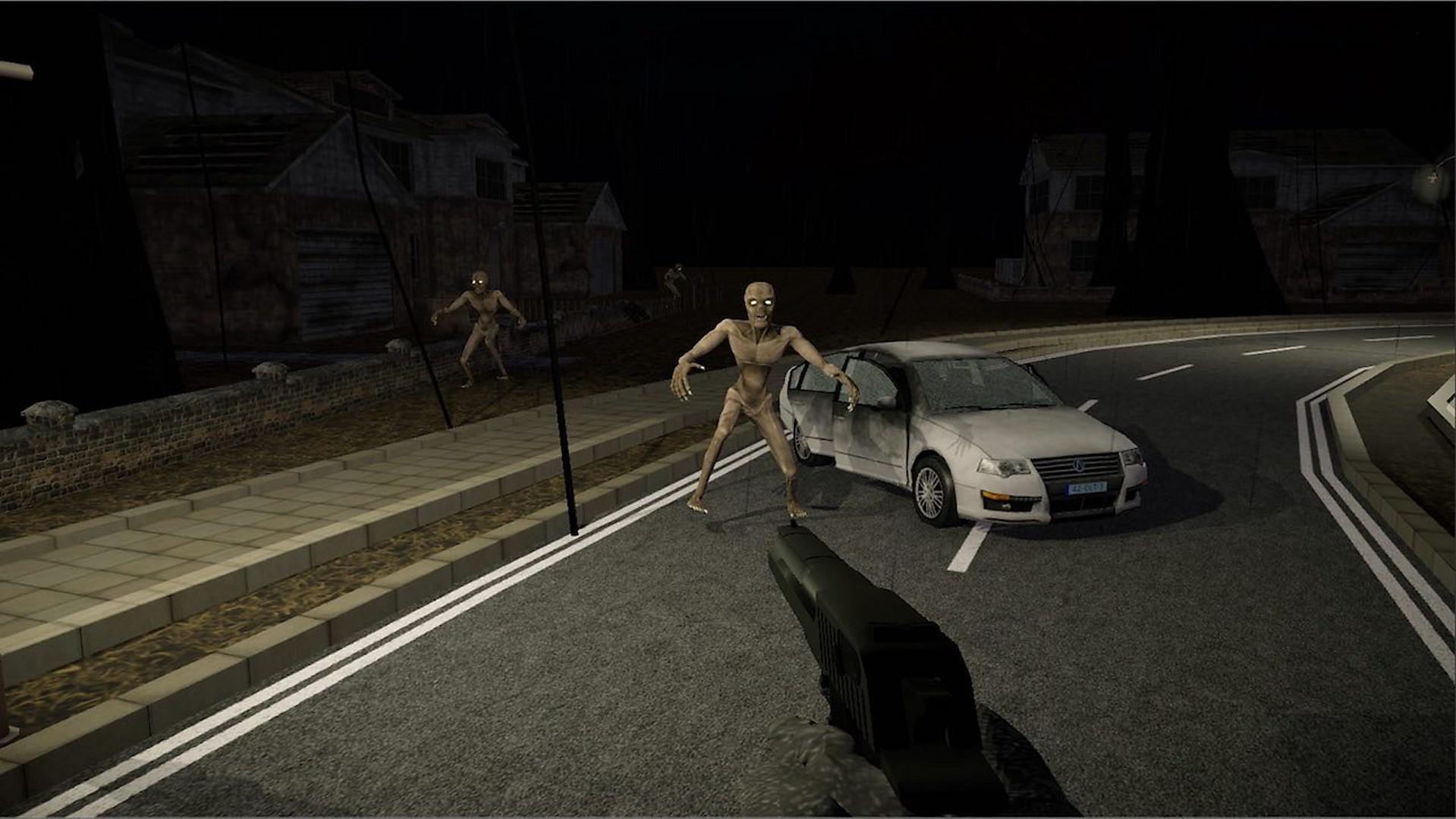 Weapons work weird in The Unknown City. They are not classified properly so as you cycle through them you come across “Assault Rifle” then immediately switch to an AK-47 which is also typically classified as an assault rifle. There is also an M4A1 and Scar in the game, both of which are also assault classed rifles. Then there is a “Sniper Rifle” only to have the player also carrying a Dragunov Sniper Rifle.

See where I’m going here? It also just sounds weird that two officers would just have all that ordinance. A rifle or shotgun and a pistol, sure I buy that but sniper rifles, several kinds of assault rifles. That is a bit much.

I noticed very early on that I could get the jump function to react to surfaces in a humorous way. If done properly hitting sprint while jumping will send the player flying into the air. Naturally, I tried to abuse this to get out of the map. It was arguably the most fun I had while playing the game.

In my infinite wisdom, I managed to get stuck on the top of a light post because I was trying to jump onto the roof. Using the fencing right by the playground, I did the super jump and it set me up there exactly as intended. However, I did not know once I was on the light post that I couldn’t jump. I was planning to use the light post to jump again and try to get on to the roof. Alas, I was trapped and had to reset the checkpoint, again. 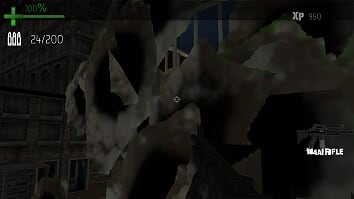 There were a lot more aspects that were detractions to this game but to keep them from sounding petty I will put them all here. If you are going to have sidewalks in your game you need to make sure players can walk on them unhindered.  There were many times the character would seem to get stuck while walking near the sidewalk or on it. It also caused me to get stuck when respawning. I spawned in part of the cop car and launched into the air to get out, I couldn’t just walk. Also, why are there almost no doors in this game on the apartment buildings? I could see the interior of most buildings but was not able to get into any of them.

There is also a huge problem with progressing. The game requires you to kill monsters in order for a gate to open, why though it never explains. I mean it is just a locked gate, shoot the lock. One of the gates also has two ways to get around it, which I used. Then I got to the second gate, killed everything, but still couldn’t continue. No matter what I did, even reloading the game and checking the whole town, but I could not get the gate to let me progress. So that leads me to believe that the dev ended the level at this gate. I could be wrong about that but I can’t prove it because I can’t continue the game. 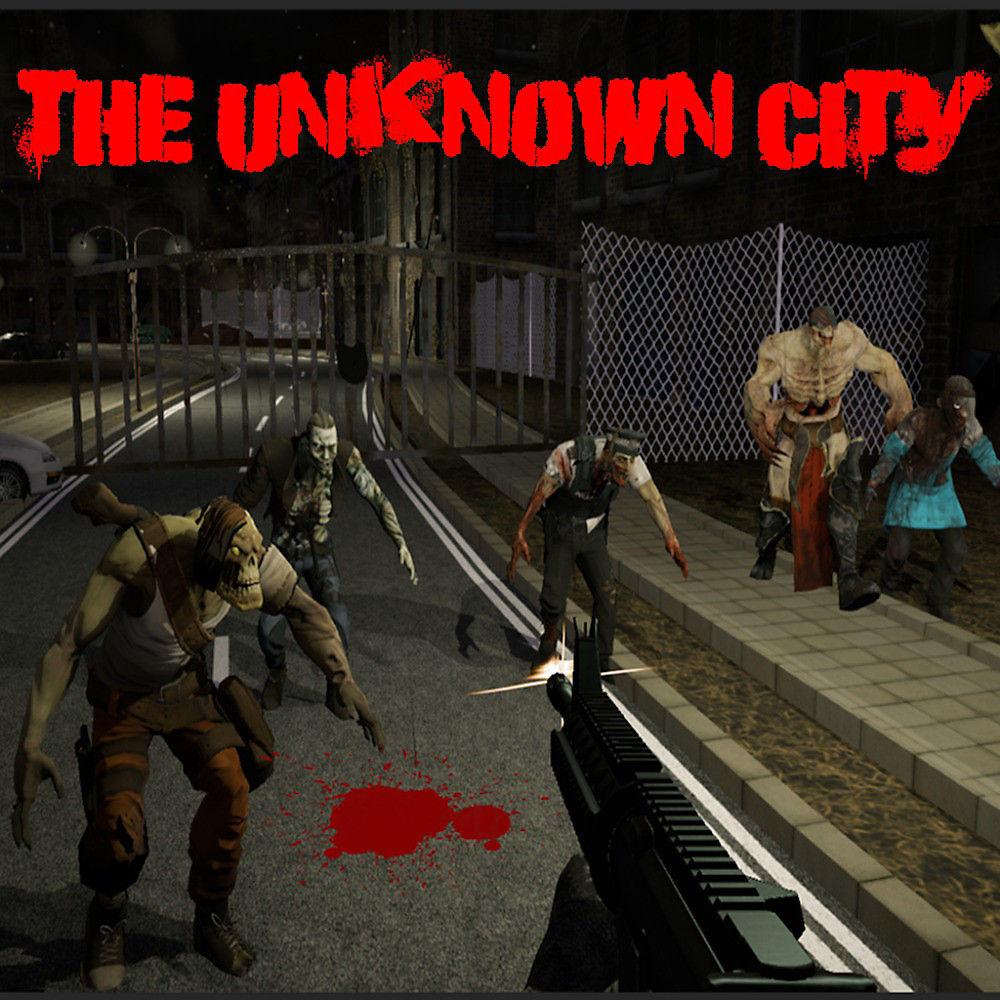 Not everything in The Unknown City is bad, there was a little bit to enjoy here. The Unknown City almost had some of the charm horror games on the DS had. The enemy designs reminded me of that quite a bit. Outside of that though the most fun I had was trying to get out of the map in some way shape or form. The concept was great, albeit it seemed a little Silent Hill to get stranded in a town and have to go looking for someone as monsters roam the streets and you try to piece it all together.

The level-up system was okay. Orbs are dropped by enemies and used by the player to level things like health and weaponry. Pretty standard and straight forward, except for the poor design on the screen. It was often hard to predict where the highlight would go next so you could exit or navigate the menu properly.

Speaking of, the worst part of this game had to be the control scheme. Why would you ever ditch the traditional Start/ Menu Button to bring up a menu? It is in the button’s name! B should never be used to bring that up. Y also brought up another menu. Left Bumper was used to aim down sight whereas Left Trigger was used for sprinting. The controls were so messy and chaotic that I want to offer the dev some assistance at reworking them to make them sensible. 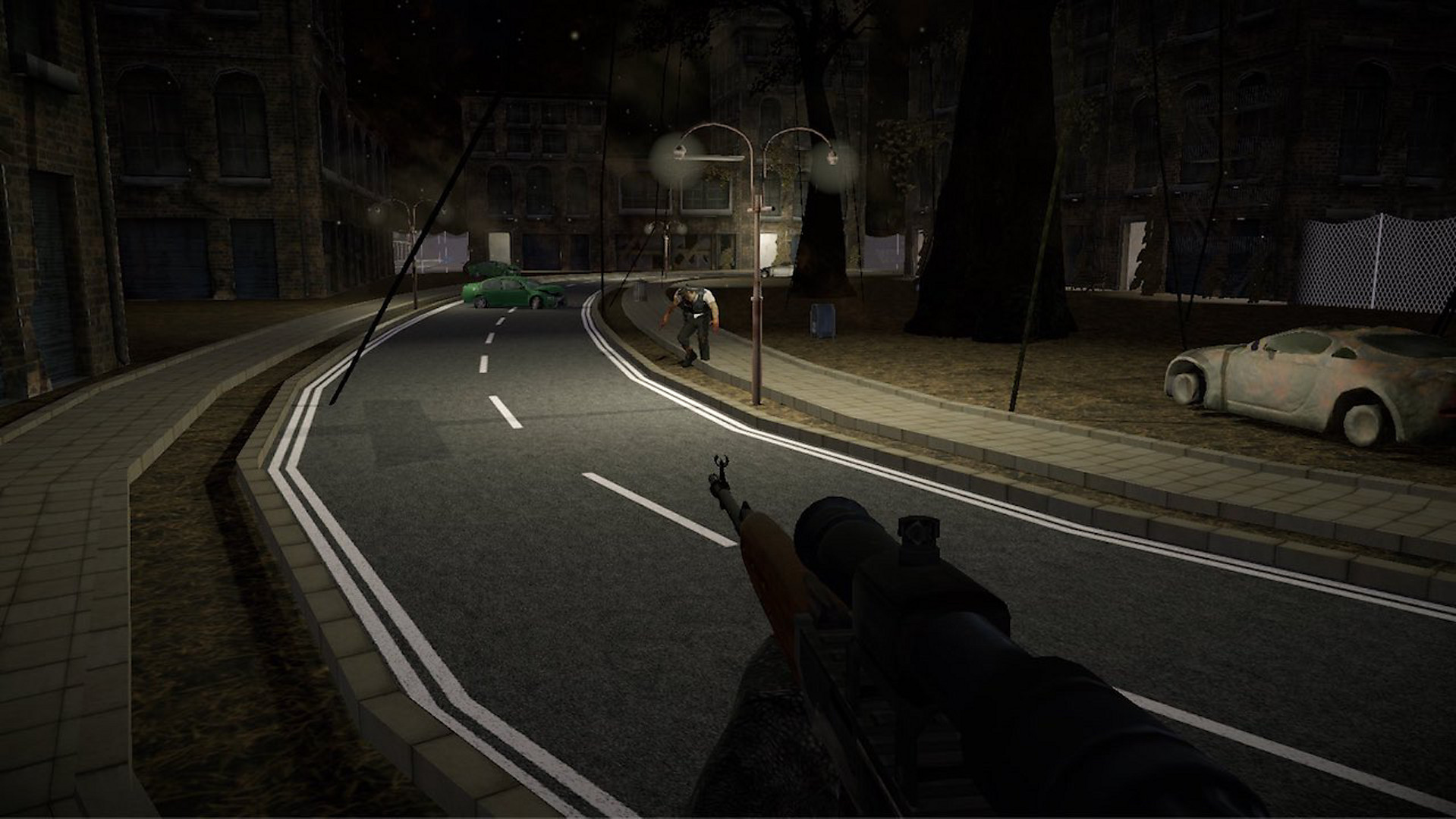 As I stated earlier, I could not progress in the game. So I have no idea if I reached the end. I want the developer to take the lessons here and apply them to their next game, keep making them and learning from them. This may have been an insanely negative review but I feel like this game is still very useful to those who want to study game design. What I mean is this is a great example of someone’s first or second game in their portfolio. The perfect example of early work. It will be far from perfect itself and there will be mistakes, but don’t forget why you started and embrace it.