There are only a handful of games that define a genre: even less so that define a medium. In 1998, Valve Software released a little game called Half-Life which completely revolutionized the first-person shooter genre and changed the medium forever. Of course, my eight-year-old self didn’t know it at the time that I was playing something very special.

I have fond memories of playing the demo over and over again until the game came out. I’m pretty sure I still own the original PC box! (back when they used to be huge and so cool). In 2004, the sequel released, once again changing the landscape. After the release of two expansions, Half Life vanished evolving from a ground-breaking series into a series of memes and unanswered prayers by fans and myself.

Nearly 13 years later (and about 1.2 million memes), we finally got a glimpse at a new Half-Life. Much like its predecessors it completely changes the way we play: this time, that statement is a lot more literal.

Half-Life: Alyx, a prequel to the legendary Half-Life 2 was revealed to be a game developed for virtual-reality headsets only. This initial response was a bit confusing for some, myself included. I’ve played games like SuperHot VR and Boneworks, two amazing examples of VR prowess but they both had their limitations. How could a sequel after 13 years capture the same magic as the originals?

Short answer: it didn’t, it created a whole new kind of magic. Much like its predecessors it completely revolutionized the medium, this time, the medium being VR. Half-Life: Alyx is a monumental game in so many ways that I can’t believe I’m sitting here writing this article.

Note: Half-Life: Alyx was played using the Occulus Rift S and not the Valve Index with finger tracks. 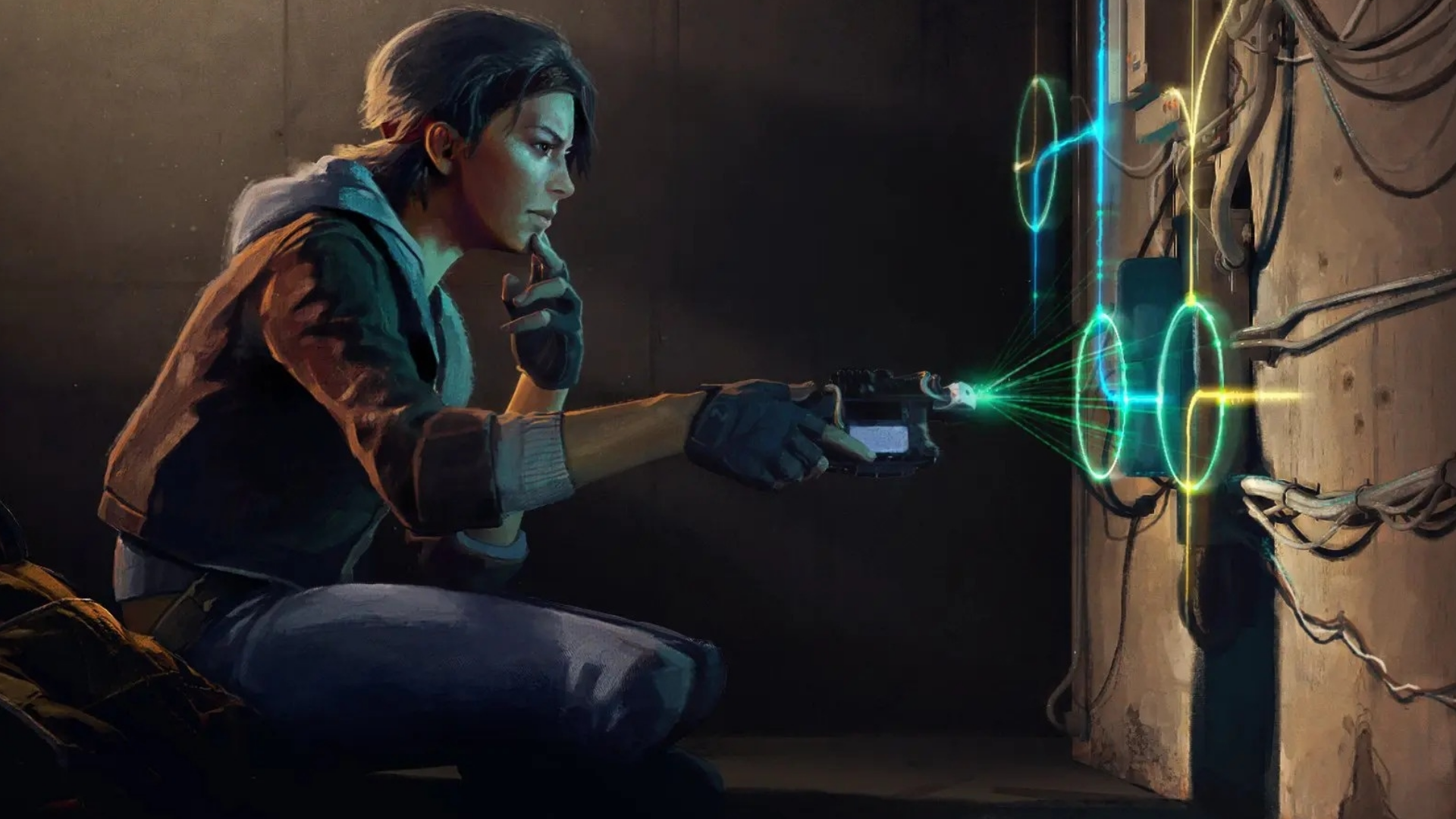 Half-Life: Alyx stars everyone’s favorite badass Alyx Vance, the daughter of Eli Vance and your partner through Half-Life 2 and the two episodes. Taking place five years before the events of Half-Life 2, Alyx Vance is part of the resistance against the occupying force of the Combine when her father is suddenly kidnapped by the alien overlords.

I have to be VERY careful about talking about the plot points of the story. It has some truly standout moments and implications for the series as a whole. In the case, I’ll just talk about the fantastic dialogue and level of immersion. 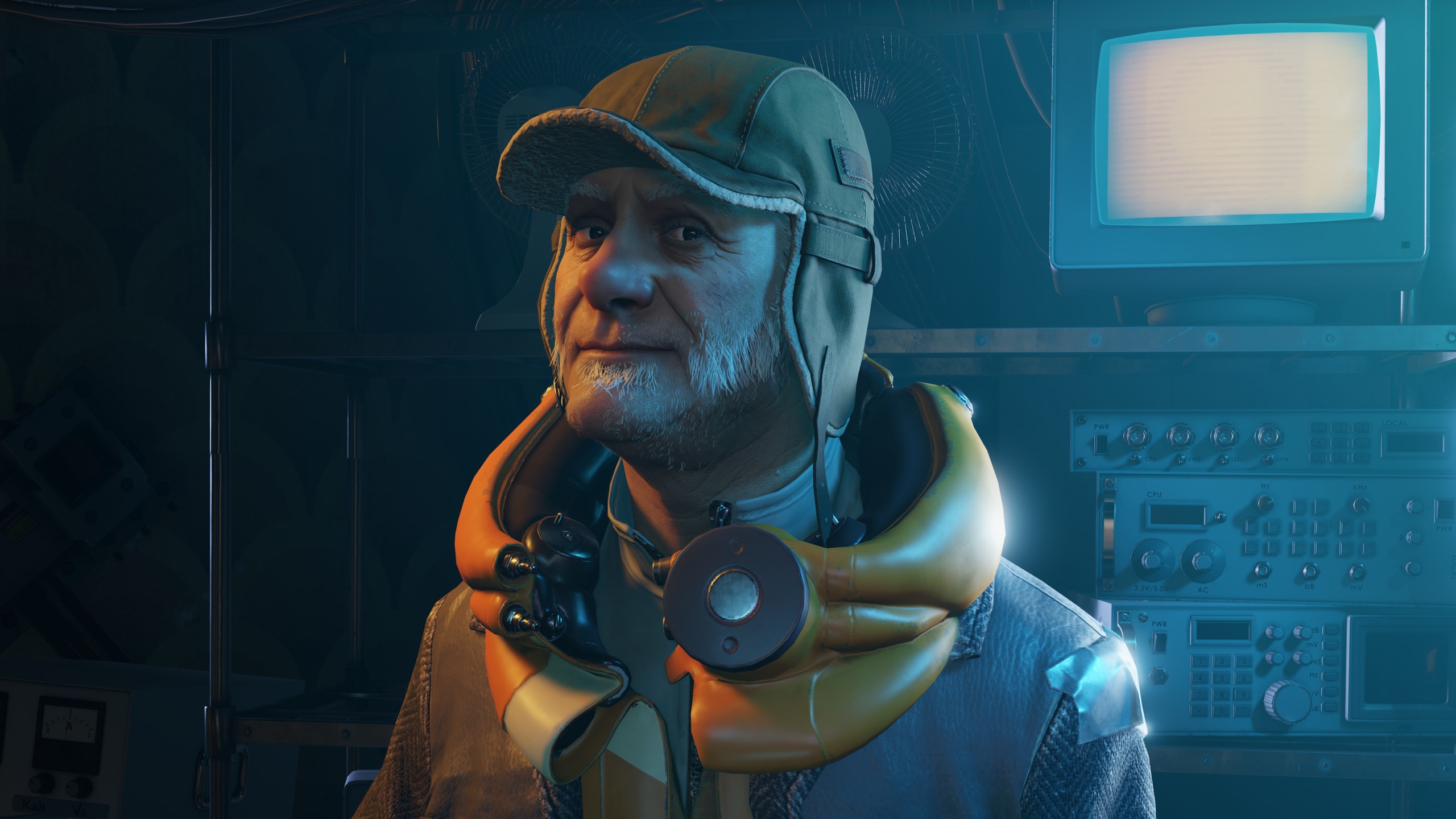 The best support character in the game, Russ.

While it is a sequel, players can expect a whole new way of looking at City 17. The fictional location of the series has completely transformed thanks to the VR perspective of the game. This makes the environmental storytelling rich and filled with the smallest details to flesh out the world. The characters that occupy the world are as rich as the storytelling as well.

Bringing back fan-favorites like Eli and Alyx Vance is one thing, but the addition of new characters like Russ and a hilarious Vortiguant (the alien enemies turned friends in the series) round out a fantastic cast to drive the story forward. The tone this time around is far more horror-centric as well: looking at the world and actually being in the world completely changes the tone.

Half-Life: Alyx being a primarily VR game was concerning at first: that went away instantly within the first hour. This game is a monumental achievement in virtual reality: I have never played anything so detailed, dense and interactable. Every object in the environment has a sense of weight that is realistic and believable. Throwing a can versus a box is uniquely different, unlike other VR games where everything is about the same in terms of physicality. Looking for ammo on a shelf by pushing away cans in the heat of a fight is thrilling. Half:Life: Alyx has done such an amazing job of making the world feel like a simulation than a sandbox. 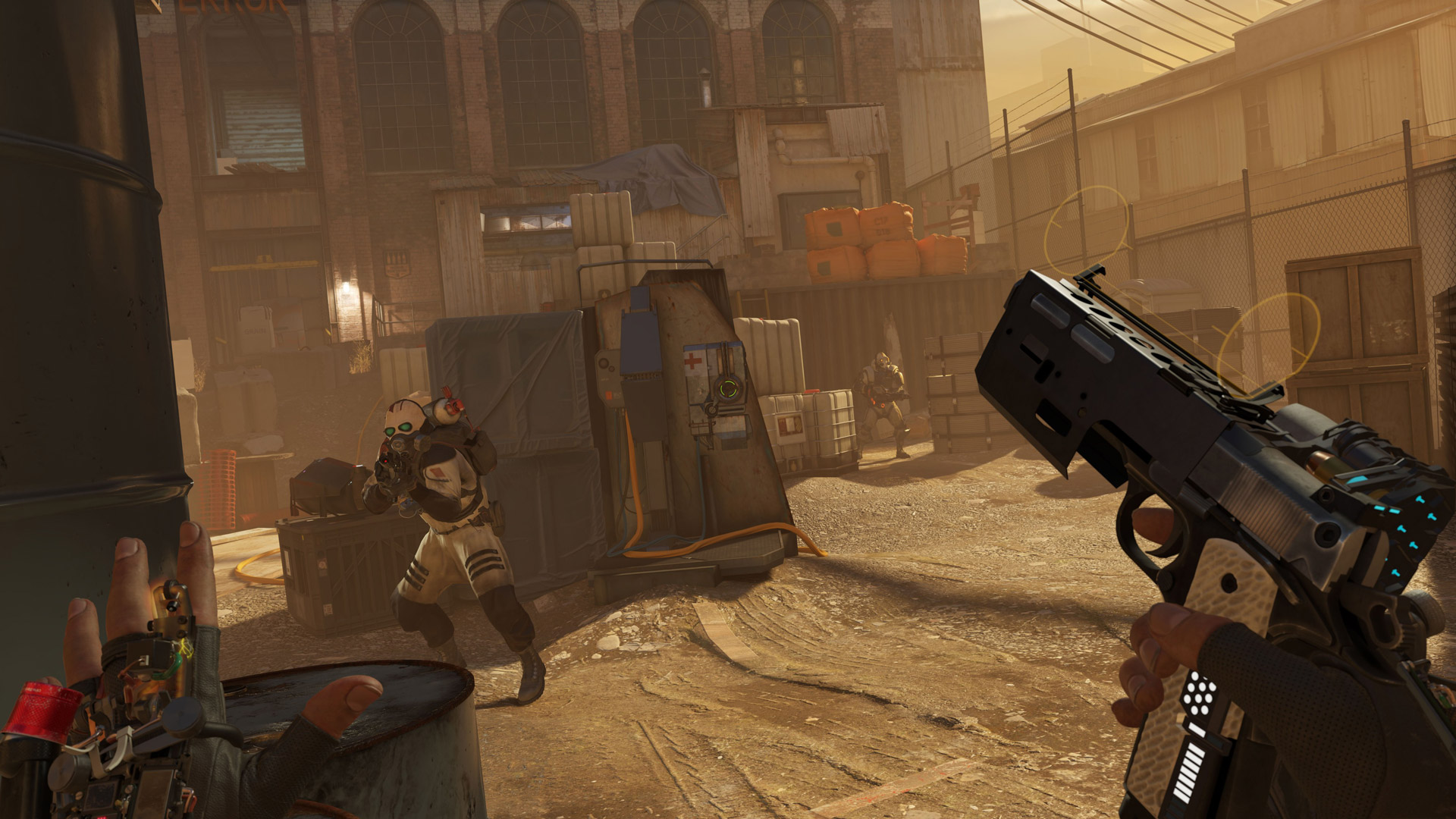 Combat is frantic, rewarding with a hint of jank.

This sense of weight and realistic physics adds to the fantastic gunplay in the game. Like I mentioned above, Half-Life: Alyx has more of a horror take which adds to the atmosphere. Walking around underground sewers in most horror games is already scary: in Half-Life: Alyx the threat of a zombie or headcrab in VR makes it a nightmare. My first headcrab encounter was met with a yell and almost tripping on my water-bottle (PSA: clear your space). Headcrabs are scary enough, but seeing one LUNGE towards your virtual face is terrifying. Luckily fighting back against them is thrilling with a host of ways to deal with enemies.

Fighting against these threats, including the Combine soldiers is a thrilling experience. Speeding behind a wall to use your body to physically peek over feels organic and necessary when planning an attack. Combat against monsters feels scary and tense making aim, patience and ammo management an exciting gameplay loop. Combat against the Combine soldiers can sometimes feel a bit janky. Soldiers react realistically with the A.I. faltering in some moments, and they can sometimes be overwhelming especially for new players. But once you get the hang of it, the firefights are fun, frantic but not quite as good as the ones in Boneworks. 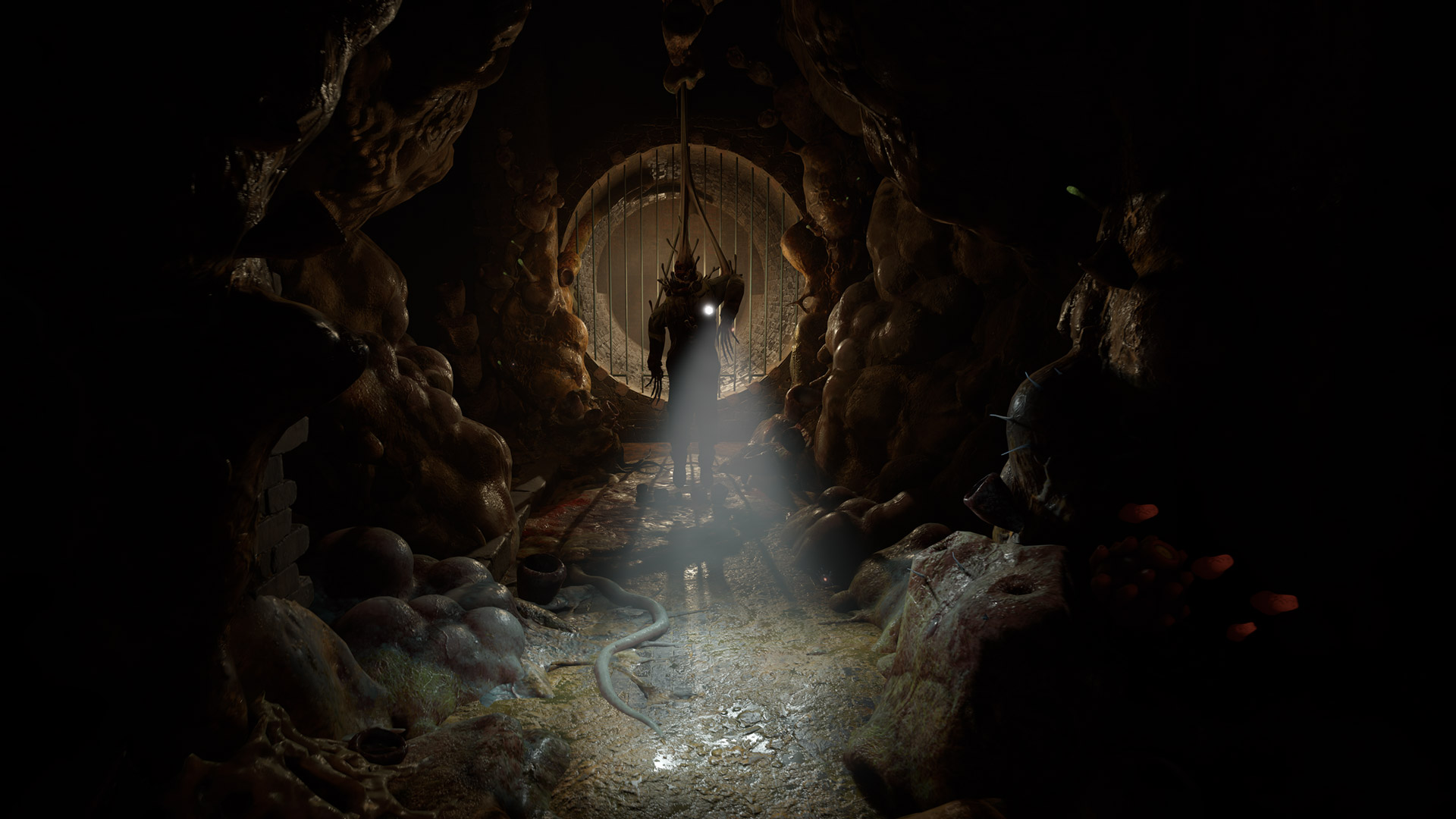 Enemy variety in Half:Life: Alyx also deserves to be applauded with a new set of soldier types, headcrabs and surprises constantly keeping you on your feet. With new enemies and a new medium of gameplay, this creates far more room for some creativity. In Half-Life: Alyx, you are restricted to only two inventory slots to hold grenades, median syringes and more. Every object is grounded in realism and physics, which means making moments like taking a bucket and throwing 4-5 medical syringes and grenades and carrying the bucket in one hand, and a gun in the other is entirely possible.

It’s moments like that which completely set apart both the medium of VR from traditional video-games and Half:Life from anything else. The developers at Valve have completely change the way I think and play in games. The addition of the fantastic gravity gloves ties all of this into a neat and tidy package that is responsive, innovative and fun in ways I have never experienced before.

In 2004, we experienced the oppressive nature of City 17 and how the citizens of this city coped with the occupation of the Combine. When Half-Life 2 first came out, it was a visual and physics power-house. Much like its predecessors, Half-Life: Alyx is a visually stunning package that ties together all of the amazing gameplay, physics, and story. Virtual Reality games so far in the visual department have been okay, with a few stand-out games. Half-Life: Alyx is a visual leap on the platform and stands tall with traditional, modern video-game visuals. City 17 has never felt so alive and atmospheric as this game. Each environment is painstakingly detailed and the lighting, shadows add depth and dread that adds to the atmosphere of a city under occupation. 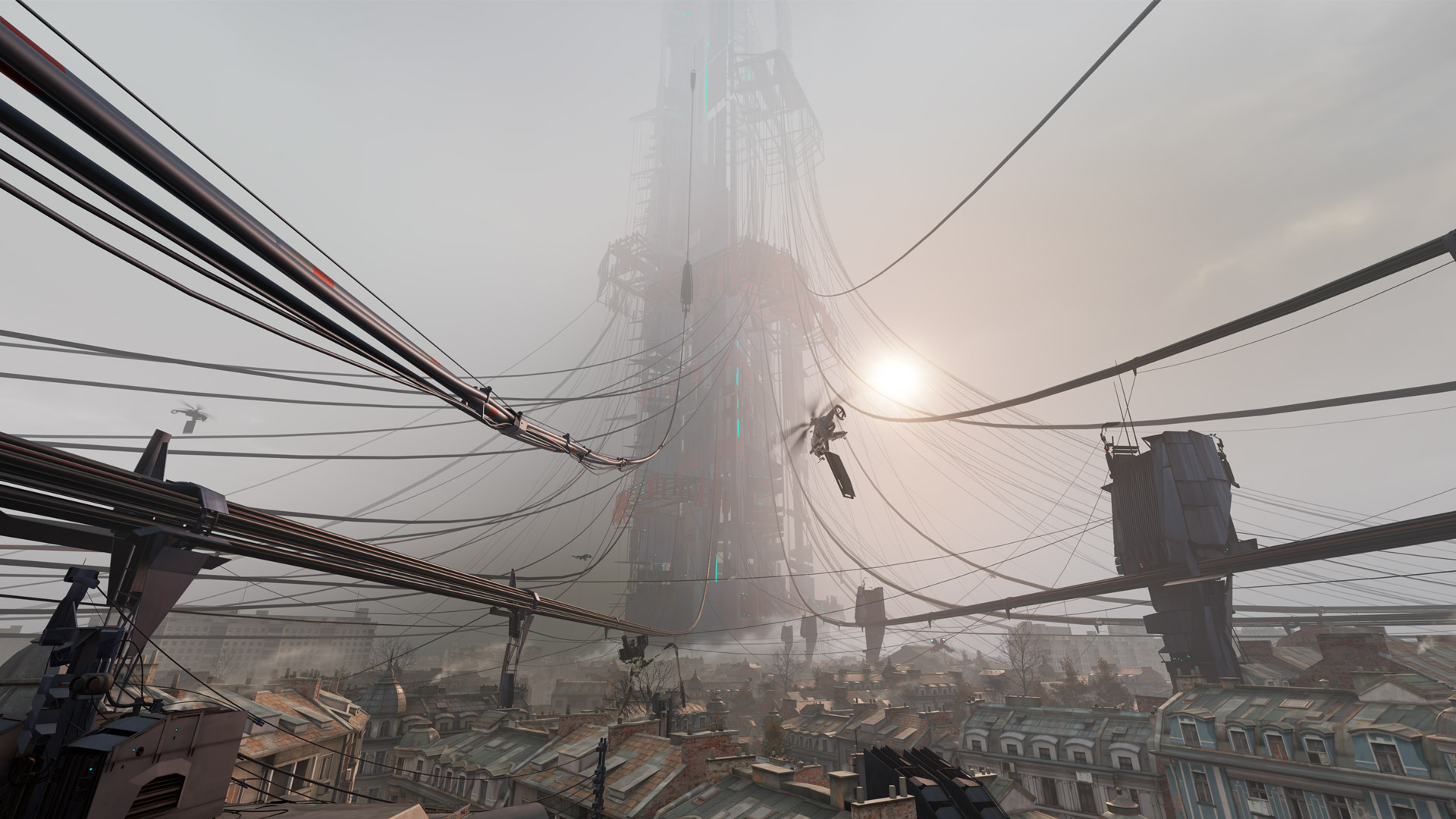 City 17 is back, and more beautiful than ever.

Character models are also fantastic, with detailed textures, impressive animations and motion capture. Interactions with supporting characters have that much-added weight thanks to the developer’s amazing job making them life-like. Seeing it in VR while you’re standing in front of someone feels eerily real and captivating. These fantastic visuals are supported by stellar sound design and a great soundtrack. The sound design in the game makes the world feel alive through the snarls of zombies, the gunfire, and just sifting through the environment itself. The combination of virtual reality and the incredible sound design makes Half-Life: Alyx one of the most immersive games you can ever experience. Thank god for the watch feature on the Occulus Rift S, otherwise, I would completely lose track of time because of how immersive this game becomes. 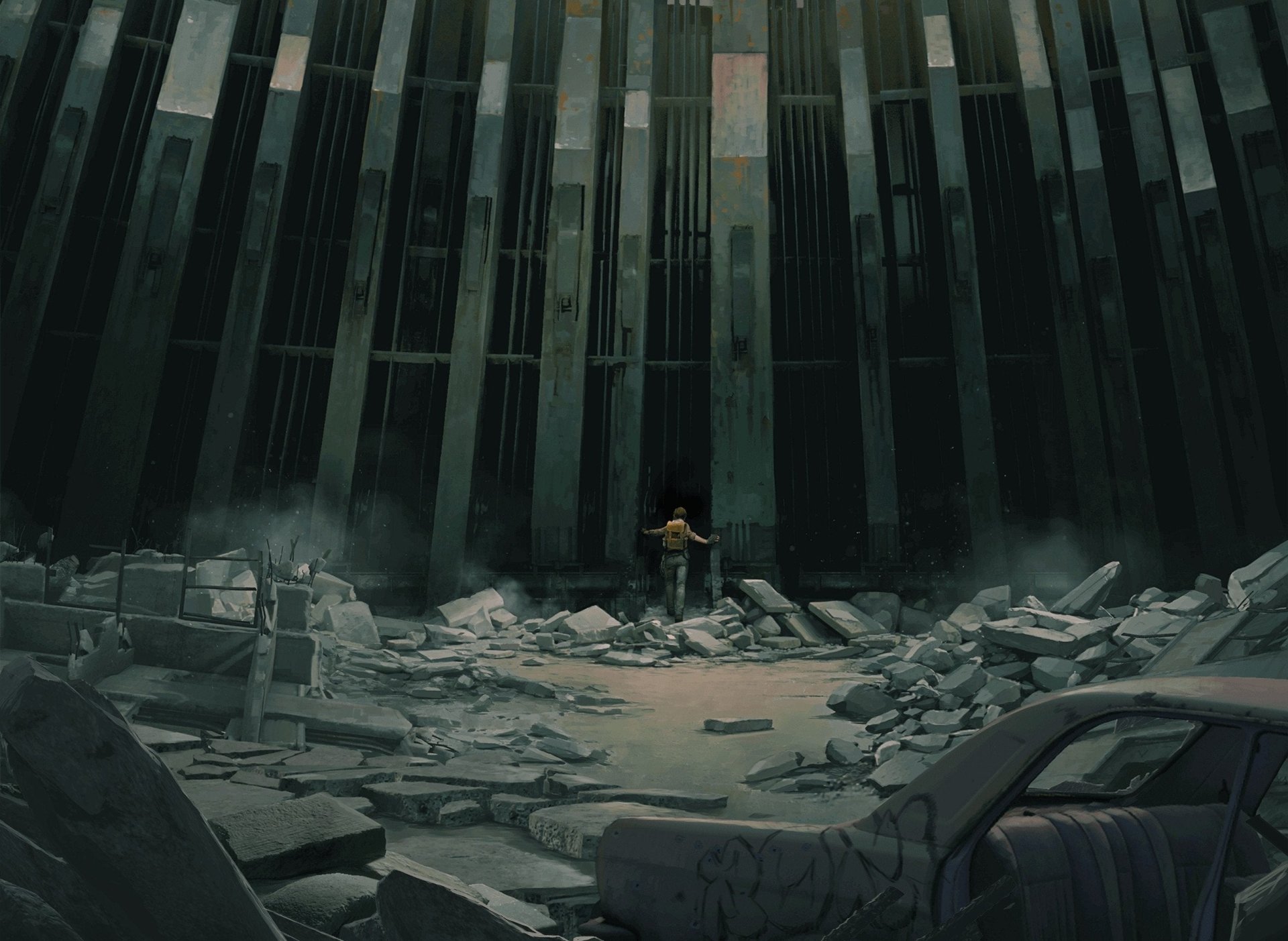 A bold new direction for the series.

Half-Life: Alyx much like those that came before in the series, are flash-points in innovation both in terms of storytelling and gameplay, and the medium it is occupying. In this case the game has changed virtual reality forever, raising the bar for what makes a virtual reality game a truly unique, captivating experience. Valve Software has created another flash-point within the medium with Half-Life: Alyx even after a 13 year sabbatical from the series.

You have never experienced a game this unique, atmospheric, and interactive as Half-Life: Alyx and I’m excited to see where the developers go with the story and the technology. This is also a signal for anyone who had any doubts about VR to cast away any doubts and jump in. I’m also very excited to see other developers feel the pressure of matching the technical prowess of Half-Life: Alyx and create new ways of storytelling and gameplay in this medium.

Half-Life: Alyx, is the greatest virtual reality game ever made and one of the best games of the year.