Today EA added Plants vs. Zombies: Battle for Neighborville to the EA Vault. Making the game accessible to all EA and Origin Access members. 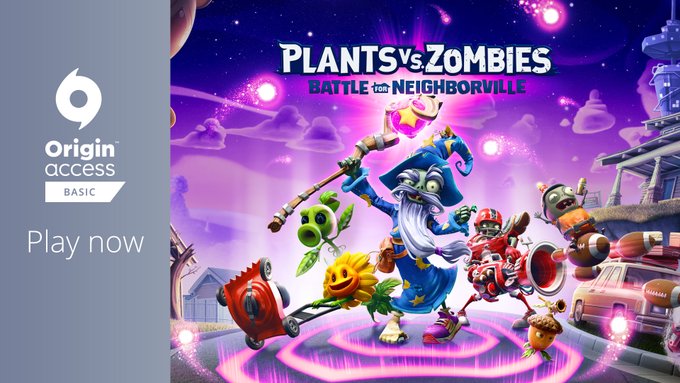 The age-old fight between unpotted and undead rages on in Plants vs. Zombies: Battle for Neighborville, now available to play in The Vault on all platforms. Xbox One? Yes. PlayStation®4? Yes. PC? Oh, you betcha. Jumbotron? Actually, we’re still ironing out the kinks on that one.

But until we can project 40-foot-tall zombies in a stadium, you can head to The Vault to play PvZ: Battle for Neighborville as much as you want. Turn the tide of war with new characters, like the most excellent 80s Action Hero or the fire-breathing Snapdragon. Enlist up to 3 friends to battle through free-roam regions, or face up to 24 players in online multiplayer. Jump into the fray now for your chance to earn the powerful new Wizard Zombie on the Luck o’ the Zombie Festival Prize Map!

Plants vs. Zombies: Battle for Neighborville is now available for PS4, PC, and Xbox One.