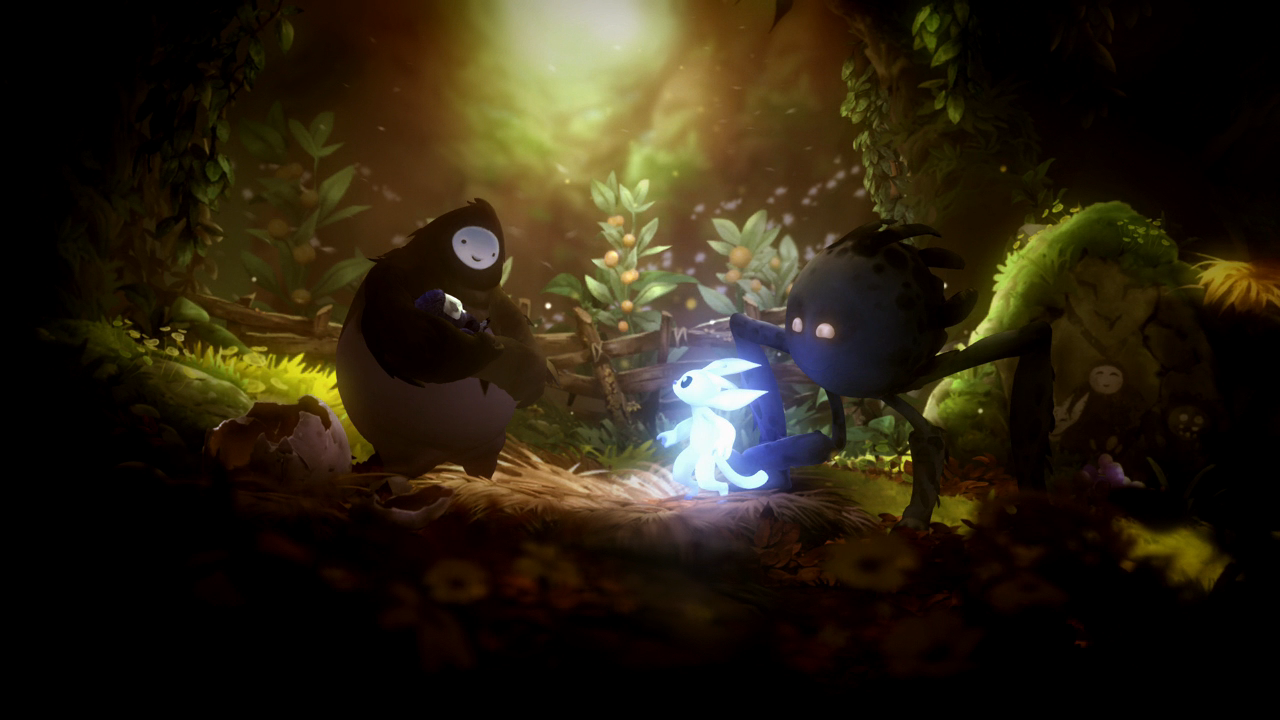 Ori and the Will of the Wisps take place after the events of the first game. Ori, Naru, and Gumo are raising a tiny owl named Ku. Her mother was the primary antagonist of the first game who ends up sacrificing herself for her last child after realizing the errors of her ways. Ku eventually grows up and desires to fly but due to a damaged wing cannot. Using a feather from her mother Ku’s wing is repaired and along with Ori fly through the sky in celebration. The 2 end up crashing in a new location after a storm hits called Niwen. Ori must locate his sister and uncover what has happened to the corrupted forest.

The narrative plays out much in the same way as Ori and the Blind Forest. With strong emotional moments conveyed through actions instead of talking. The developers did an outstanding job once again with the narrative, with critical moments conveyed through the character’s choreography. There is some narration from the supporting cast and the spirit guardian but only to ensure everything is clear to the player. 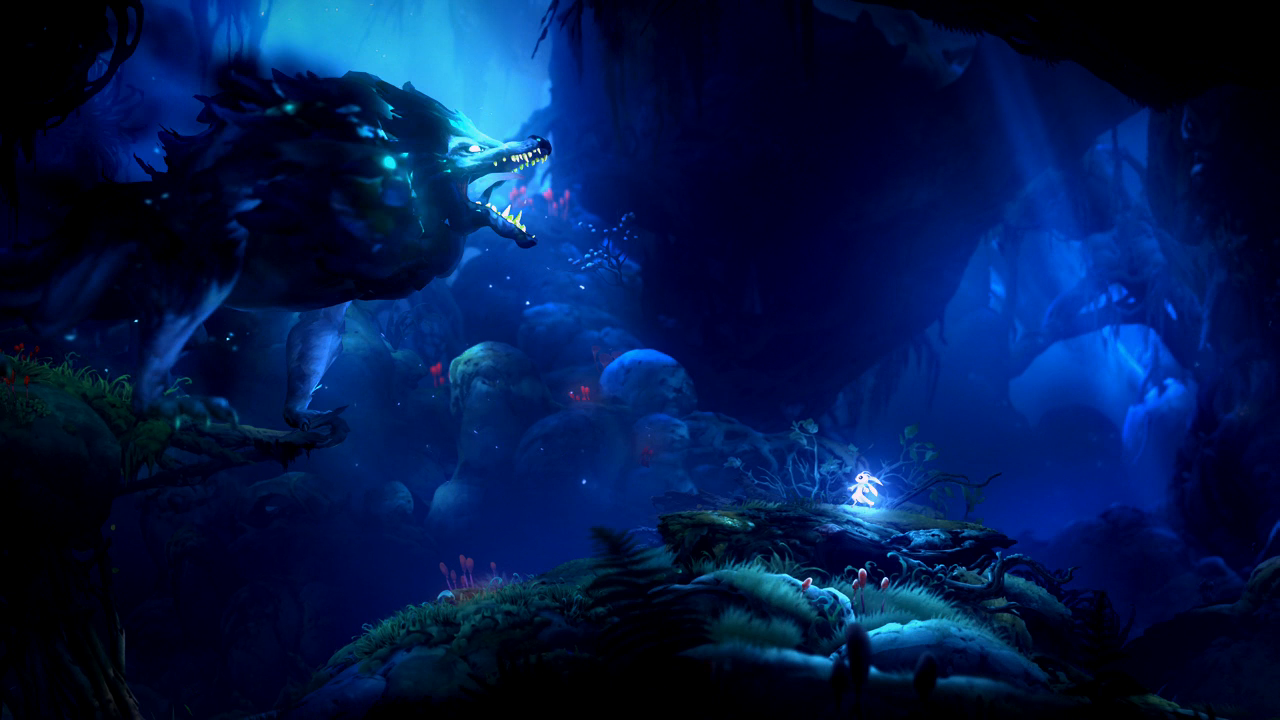 As in Ori and the Blind Forest Ori and the Will of the Wisps is a Metroidvania title. Players will transverse a large map, locate powerups, and unlock new paths using specific abilities. The biggest here change being combat.

Ori can now take an active role in fighting instead of relying on a spirit to fight. First using a torch, then a sword, and gaining more weapons and tools as the adventure progresses. With many of them upgradable through vendors using experience points. Ori can further be upgraded with specific perks found in the environment, completing speed and combat challenges, and collecting health and energy orbs. You can select 3 skills to a specific X, Y, or B and change them at any time and it’s ideal to make you choose what works for you. As the game’s platforming and combat challenges require precise action, especially towards the end of the game.

There’s a lot to discover in the environment, with Niwen offering a much more diverse selection of areas than Nibel. Each area is separated and designed with a specific theme. Thankfully traveling between the areas is quite easy with a easy to access fast travel system. And Ori is just as nimble as ever, with a variety of new and old mobility options granted to the Light Spirit over the course of the adventure.

The enemy variety is healthy and the boss fights are incredible. With each location housing dangerous foes and sometimes a boss fight that will test the player’s combat and mobility skills. The best moments happen during boss and chase encounters. Where you have to constantly be on point or face death.

You won’t be alone in Niwen. There are plenty of creatures living in Niwen that will aid Ori and in turn, Ori will aid them. With optional missions providing additional experience points. Most of these are fetch quests but provide the necessary boost to obtain all the items in the game.

The developers did take note of Ori and the Blind Forest’s difficulty. The game is a bit more lenient here. With auto-saving, frequent checkpoints, and more room for error. It’s still a challenging game but more accessible now. Of course, if you want a challenge a hard option is available and you can try for the Immortal achievement that requires you to beat the game without dying. But the bow and arrow are overpowered, especially when bolstered with offensive skills.

However, despite all the incredible moments Ori and the Will of the Wisps’ biggest flaws were preventable issues. Technical problems shower the game. The biggest being the frame rate, which would often drop to the point the game would appear frozen. Other notable issues included achievements not triggering, sound effects being cut off entirely until the game is restarted, and, my favorite, the final boss turning invisible. 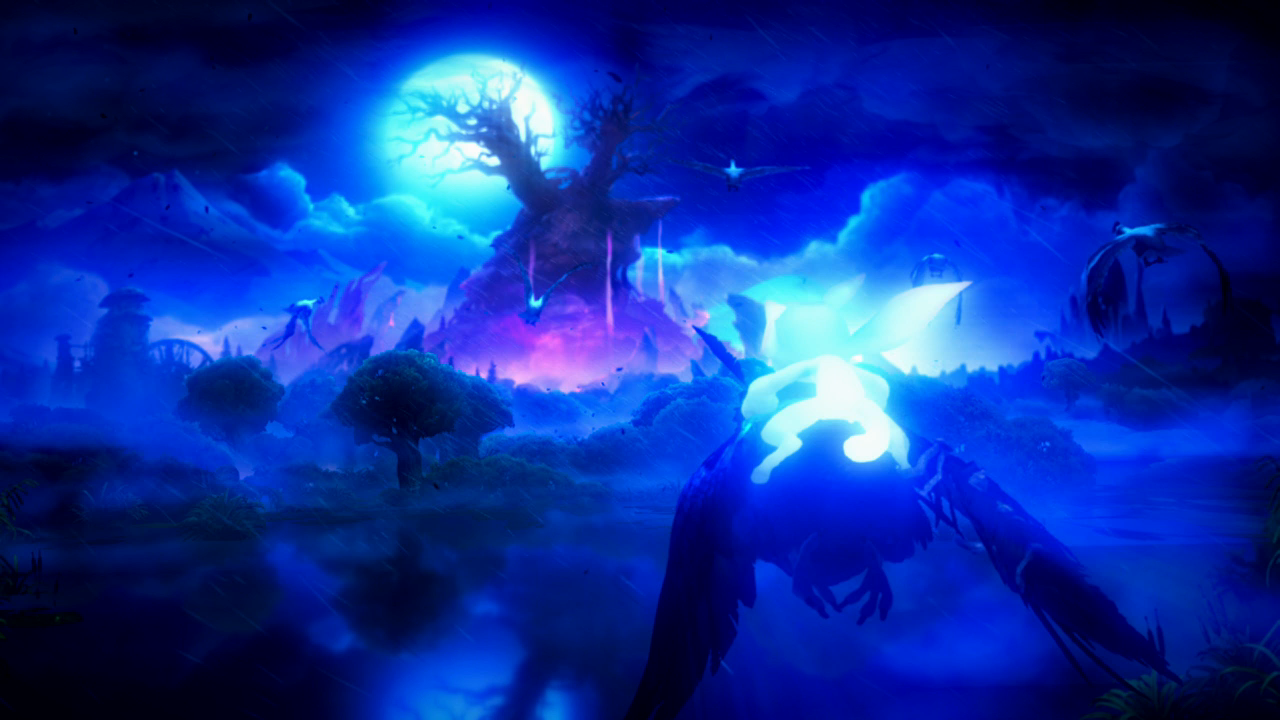 Ori and the Will of the Wisps’ biggest draw are its visuals and soundtrack. Moon Studios improved on the already beautiful Ori and the Blind Forest with 3D models and more particle effects. The lighting in this game is simply outstanding and it bleeds through branches in the forest or the shine of the moon in a dead land.

And the soundtrack brings this entire adventure together. A stunning collection of scores that amplify each cutscene and gameplay moment. It’s one of the best scores of this generation and worthy of praise. 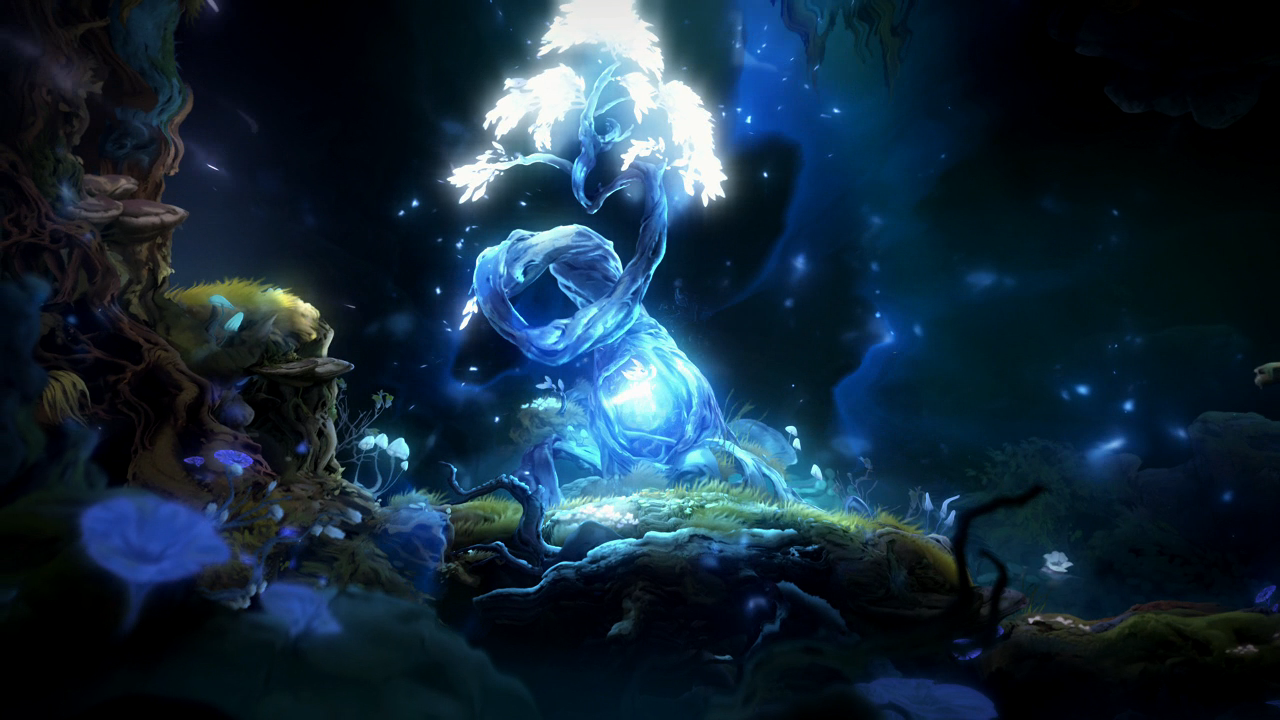 Ori and the Will of the Wisps is an incredible title. The gameplay offers a challenging array of platforming hurdles that test the player’s reaction. The narrative is an emotionally charged story full of dark and beautiful moments. And bringing everything together is an outstanding musical score and visuals. It’s a shame that the only thing holding this otherwise incredible game is the technical problems.

Ori and the Will of the Wisps Review
Postives
Negatives
8Overall Score
Reader Rating: (1 Vote)
8.0