Now equipped with a sword Ori’s next big opponent is the Horned Beetle. Here’s how to defeat the overgrown insect. 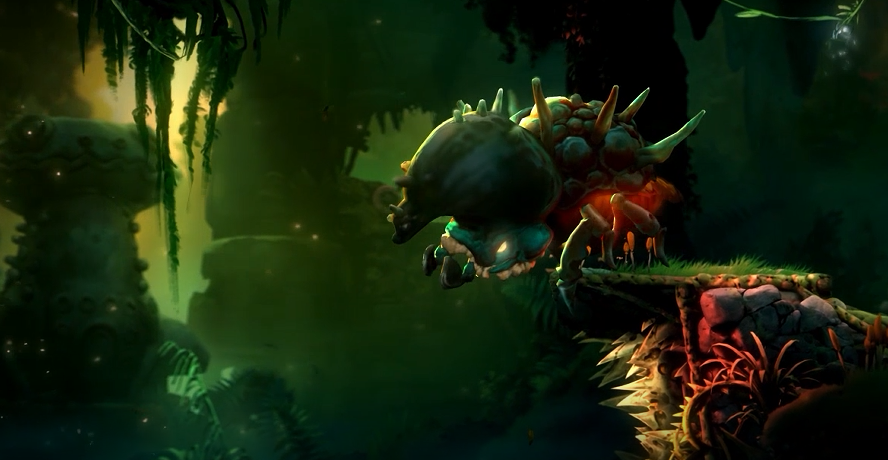 The beetle is a larger version of the smaller beetles with some changes. You still have to attack it from behind and here’s how.

When the Beetle is about to charge it’ll drag its feet on the ground before dashing to the opposite side of the arena. When it’s about to hit the wall it’ll leap into the air. Go underneath and you’ll get a small window to attack. Remember that the beetle will counterattack if you linger too long. You can tell a counter-attacking is coming when it tilts its head towards Ori.

The next attack is the leaping ground pound. It’ll leap into the air and you can strike it’s back when it lands. However, the beetle does have 1 tactic that can prove dangerous to evade. If Ori is far enough it’ll send a shockwave that must be jumped over. You have to properly time this or the shockwave will hit as it has a large spread.

The beetle won’t change its tactics throughout the fight. Just wait for an opportunity to attack and it’ll eventually die.