Marlowe Dobbe had been sitting on the idea of Floppy Knights for a while.

Two years ago, her and the rest of the team at Rose City Games held an internal concept jam, which led to the production of the indie studio’s two previous titles, The World Next Door and Cat Lady.

Dobbe, an artist and animator for the Portland-based developer, also came up with a colorful and charming fantasy world, one that fused magic with retro tech.

But the timing for developing it as a full game just wasn’t right yet. The rest of the studio was on board with the concept, but it needed a publisher and time.

Dobbe continued to chip away at the idea, while Rose City as a whole worked to set aside funding, build prototypes, and eventually seek a publishing deal.

Fast forward to February 2020, and under publisher Those Awesome Guys, Floppy Knights was officially announced and made its first major showing at PAX East this past week.

“It’s been something I’ve been thinking about for a really long time,” Dobbe, the game’s creative lead, said. “It’s kind of like I had a long time doing this mental pre-production before we actually went into pre-production.”

Taking inspiration from series like Advance Wars, Dominion, and Mega Man Battle Network, Floppy Knights takes a world full of vibrant characters and combines it with gameplay that’s a blend of turn-based strategy and deck building.

The demo brought to the show was an early build of the game’s first couple of levels, but gave attendees a feel for what Dobbe and the Rose City team are going for.

You play as Phoebe, a talented engineer who along with her robot arm, Carlton, spend the early stages fending off goblins from their village (with the hopes of getting paid in the process). It’s through this scenario that you’re given an introduction into Floppy Knight’s writing and sense of humor, along with its controls and basic mechanics. 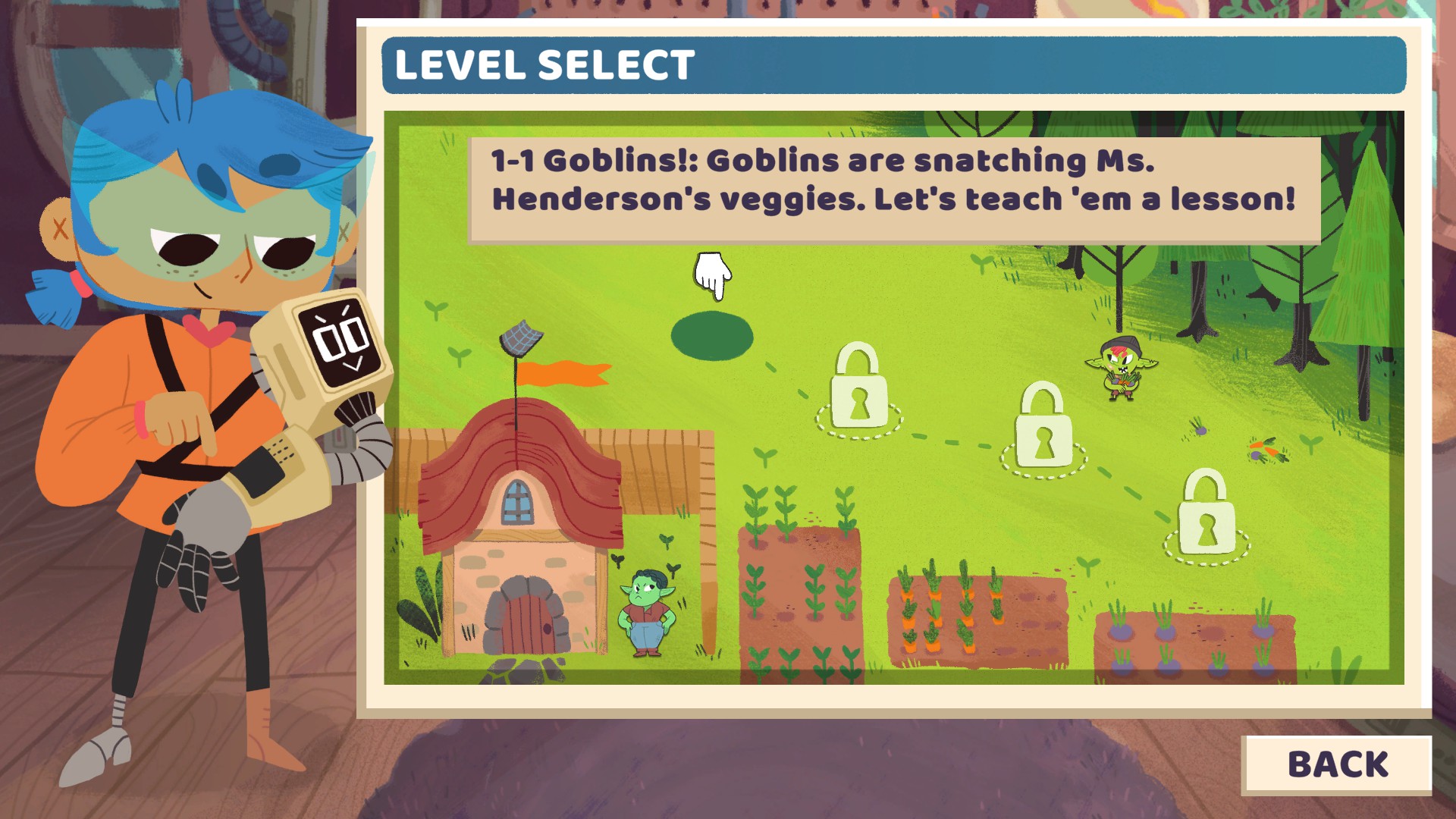 In traditional turn-based strategy fare, you’re given a turn to deploy and roll out your units — tangible projections of some adorable, sometimes angry, looking plant knights in this case — then the opposition is given a chance to make its moves, and the cycle repeats until the fight is over.

Games of this type, however, can sometimes overwhelm players with layers of menus and extra systems to keep track of. That’s not a slight against other strategy games, but Floppy Knights has been built in a way where it’s easy to pick up and stays simple to understand.

With each turn, you’re dealt a hand of cards that can either summon, move, upgrade, or have a knight attack. You have a battery with a total point value, and every card used drains a set amount of points from it during a turn. 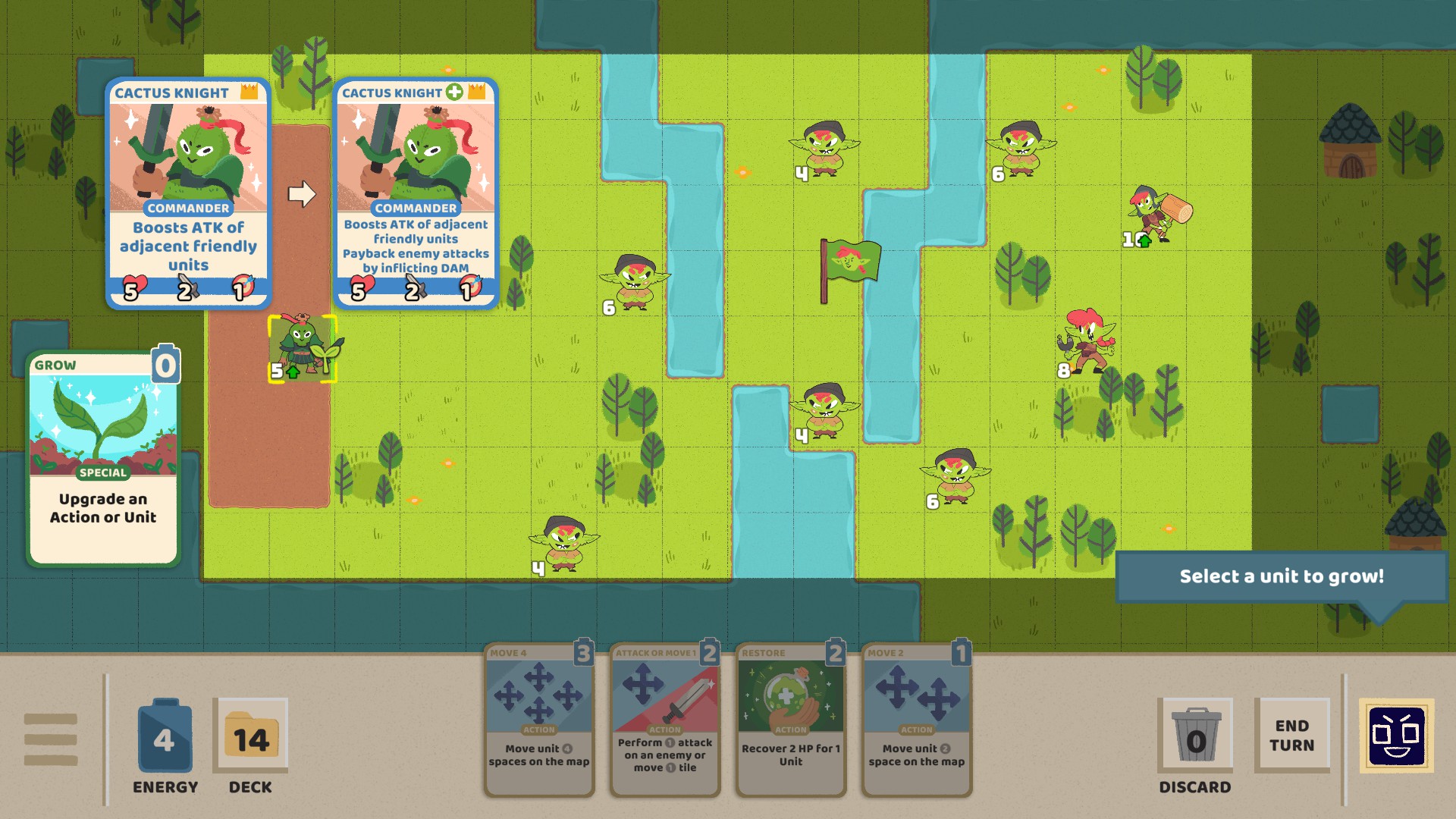 When the battery drains, your turn is over (unless you choose to end it earlier), and you’ll receive a fresh set of cards from your deck and a recharge in the next one. It’s an approach that allows Floppy Knight’s gameplay to be quick to learn for just about any player, and the accessibility of it is further aided by the fact that the game is controlled entirely from just pointing and clicking with the mouse.

“The idea is that we want to keep it as straightforward as possible,” Dobbe said. “A big tenet for us in game design is to have all the information you need in front of you. So you don’t have to do a lot of menuing or anything to know how to play the game.

With its adorable art style and approachable design, Floppy Knights garnered a lot of attention at PAX, and for good reason. But the team at Rose City Games still has plenty of work to do before its newest title is ready for launch.

“Oh lots, loads,” Dobbe said. “We’ve just announced the game a couple weeks ago, so we’ll be working on it for a while.”

“It’s nice to have this basis and this loop ready to go,” Dobbe said. “It’s really encouraging.”

Floppy Knights has no set release date yet, but can be added to Steam Wishlists now.