I bought the battle pass in the first season and have not had to pay for it since which is great. Why bring that up? Well for the simple fact that it’s financially smart for the consumer. Speaking of financially smart the games below a key aspect outside of price point. They all offer a lot to do for very little money, which as a gamer who is down to his last 60 dollars is quite a blessing.

The first Tom Clancy’s The Division kind of burned me. I could not afford the season pass so once I was done with the game I was kind of screwed by a paywall. Not to mention how messy the Dark Zone was in the game. I put my whole build into my ability to pump out damage and it didn’t seem to matter because I was still getting steamrolled. It didn’t make sense to put everything into electronics which is supposedly how I was getting destroyed.

Digressing from that at the time of this writing The Division 2 is heavily marked down to just three dollars. Which makes the pace of the sequel a little more excusable. Tom Clancy’s The Division 2 moves from the somber cold streets of New York to the sprawling and overgrown city of Washington D.C. There are a ton of changes and improvements to the menu systems that are a welcome change from the first game. Improved gear seems to drop at a better rate than the first game. The Dark Zone has its’ own stand-alone missions when first introduced. Players have to go in and map the area before the regular PvP can start.

Speaking of PvP there are new modes that tie into the clan aspect of the game. Clans can face off in objective-based Conflicts. One of them is the standard team deathmatch, competing for kills, and the other is domination, which makes players fight over specific points on a map. The game will regularly run you 25 dollars for a used copy of the game but on GameStop’s website right now copies are showing for as low as four dollars. Snatch it up while you can because new content was teased for the game and it’s a damn good deal for what is here. If you want something that is going to be a little grind-heavy and is a slower burn then, by all means, grab The Division 2. 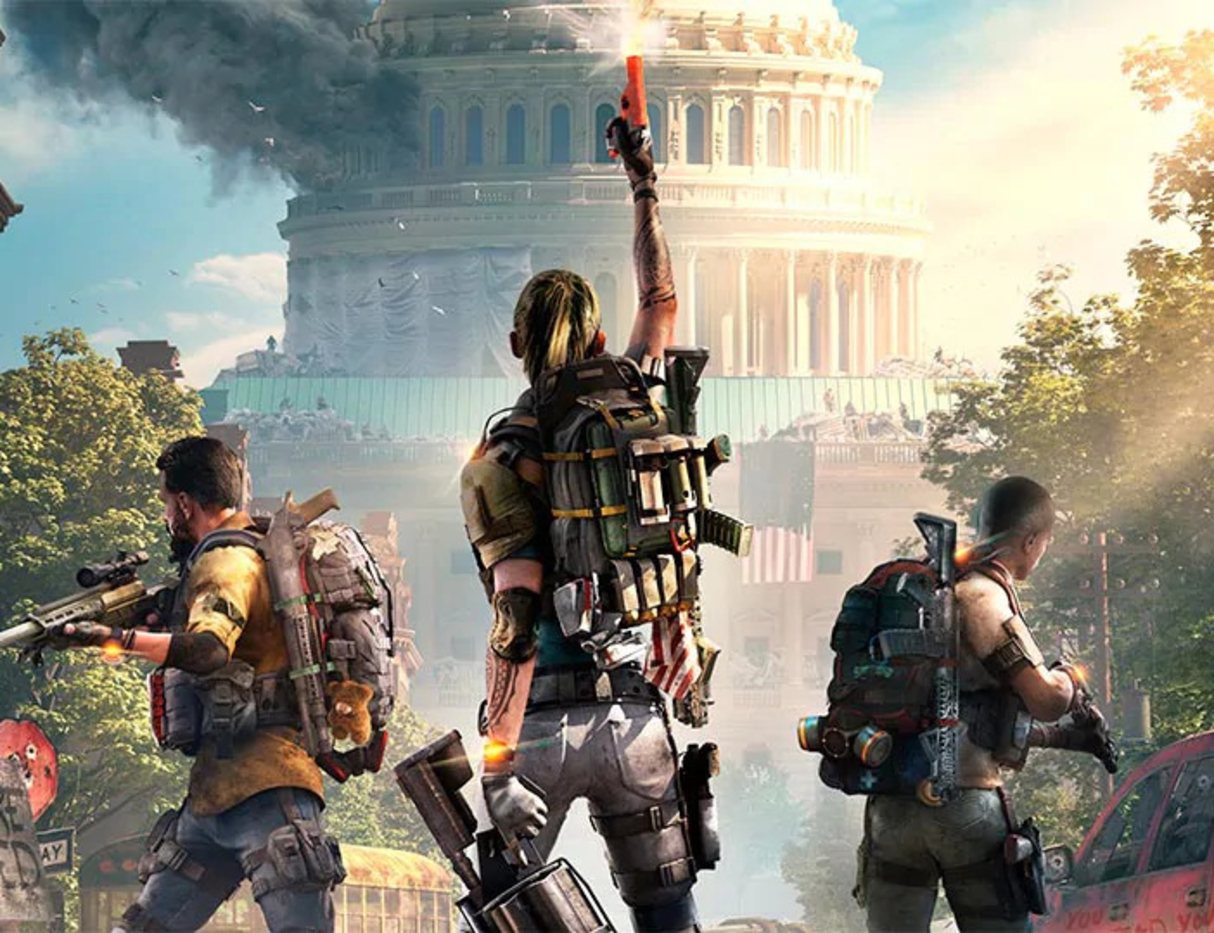 Horror games went through this time period where there were a lot of them made in this one engine. Games like Mad Father and Ao Oni were super popular for the Let’s Play audience on YouTube. Just Ignore Them brings back that feeling to a much broader audience in terms of availability. For just four dollars you can go on a horror-filled adventure following the story of a man tormented by the monsters from his childhood.

The choices made in the game lead to a few different endings which add some replay value to the game. There are a few cheap deaths in the game. For instance, if you try to go into the vent without a certain item when you play as the child in the game, he just dies and you have to restart the checkpoint. Despite that though the game doesn’t really have anything negative to it. The atmosphere of each location makes the game scope feel bigger than it actually is. Each location feels unique and creepy for different reasons. The hotel feels foreboding long before you find the peepholes and cameras put there by the owner. The airplane feels unnerving the moment you wake up and see you are still airborne with no one else aboard. Four dollars is a small price to pay for this game and it is well worth it. 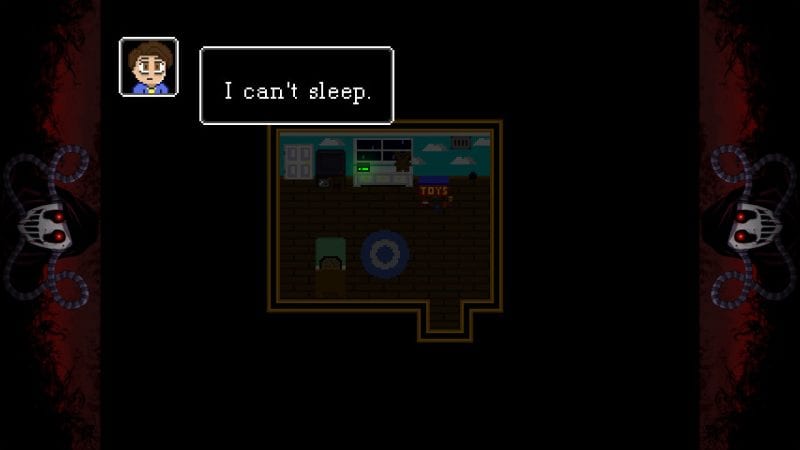 As someone who plays shooters regularly and as a profession I am always looking for ways to improve. I put in long hours studying different techniques and then going and implementing them and trying to learn practical uses for them. One thing I like to do is play around in Aim Lab on Steam. There are a bunch of different scenarios and guns to use and learn with. The game also breaks down your runs into stats that you can use to gauge your progress. For instance, I have a smaller amount of desk space so my shots pull in one direction as opposed to the other.

I also fire more accurately from the hip with a sniper rifle than I do a pistol. Simple stuff like that has allowed me to go into other games, such as Apex Legends and play a little better. Recently I broke 2500 damage and hit very close to 2600 damage, a lot of which is because of the extra time I put into Aim Lab and just playing in general. Aim Lab is free to play.

If you are looking for something that will improve your aim but isn’t just the same group of scenarios, try out the early access game Black Ice. It takes the fun of loot-based shooters like Borderlands and gives it a Tron aesthetic. A vast majority of the game is spent just initiating hacks on every “building” you see. The areas and buildings are broken down into levels so you can tell how difficult they are going to be. So a level nine-player will have no problem in an area that is marked for players who are level six, but they won’t survive in ten or higher.

The weapons and perks are interchangeable at any moment to change how the game plays and feels. I remember the developer talking about a gun that shoots disco balls during our time at Pax South. I prefer to run around lower levels of the game grinding kills with my sniper rifle, getting used to hitting flick shots or air born shots. It helps out a lot, but I wish the story wasn’t contained to just the emails the player receives in-game. Kind of makes it a slightly more dryer experience but a solid one nonetheless. Once you can experiences right now for just fifteen dollars on Steam. 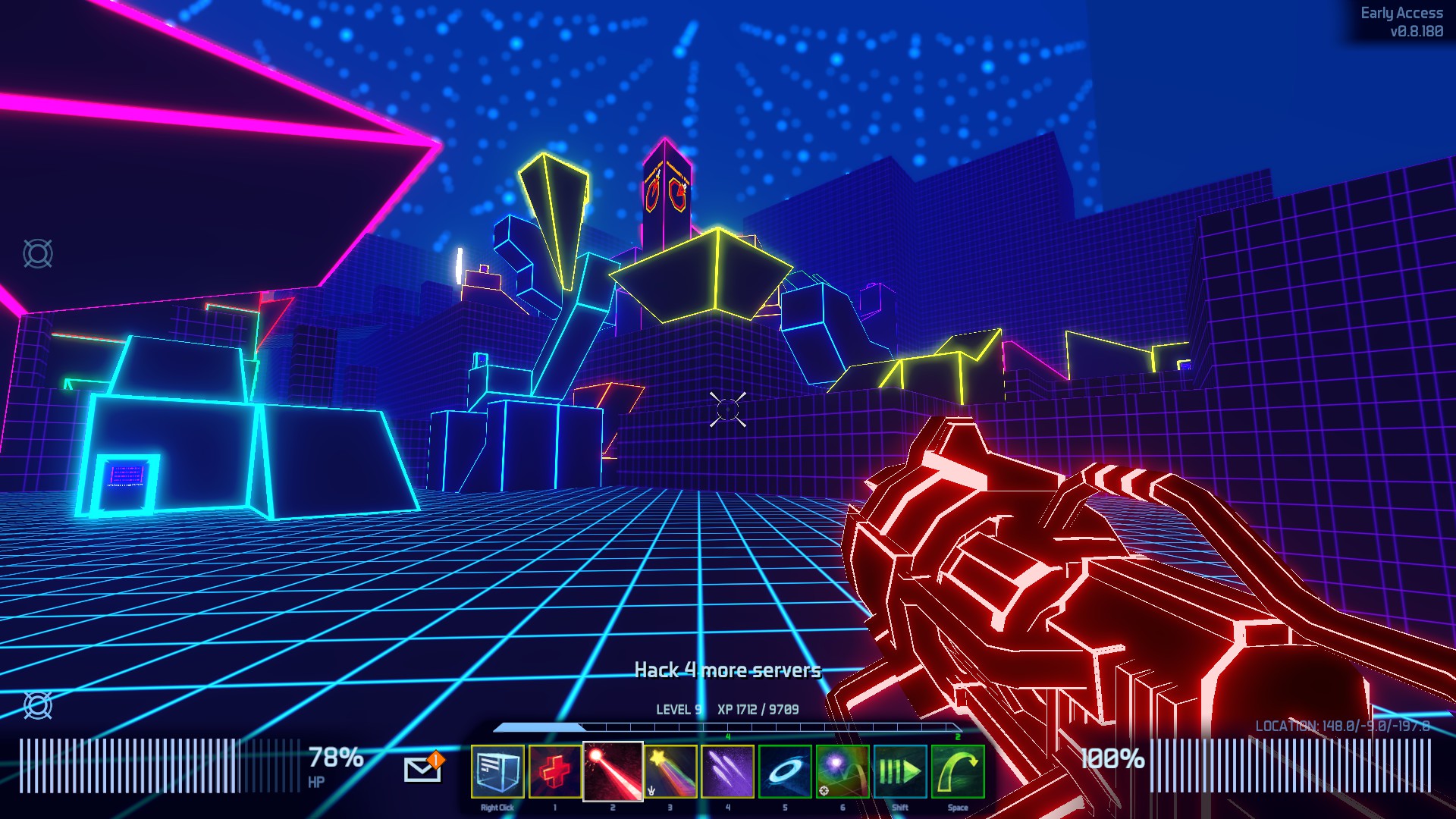 There you have it. If you are strapped for cash and in between jobs like I am, or if you have an equal or direr situation and you want some joy that won’t break your budget, check these games out above. As much as I wanted to hate it, I am really enjoying just hopping into The Division 2 and doing a few missions every night either solo or with some friends. If you have any games you recommend please let us know down in the comments below.