Escape The Manor is the perfect example of a developer showing promise in their future endeavors. A majority of the issues encountered during my time with Escape The Manor are already being dealt with. Is that enough to warrant playing it in its’ current state though? 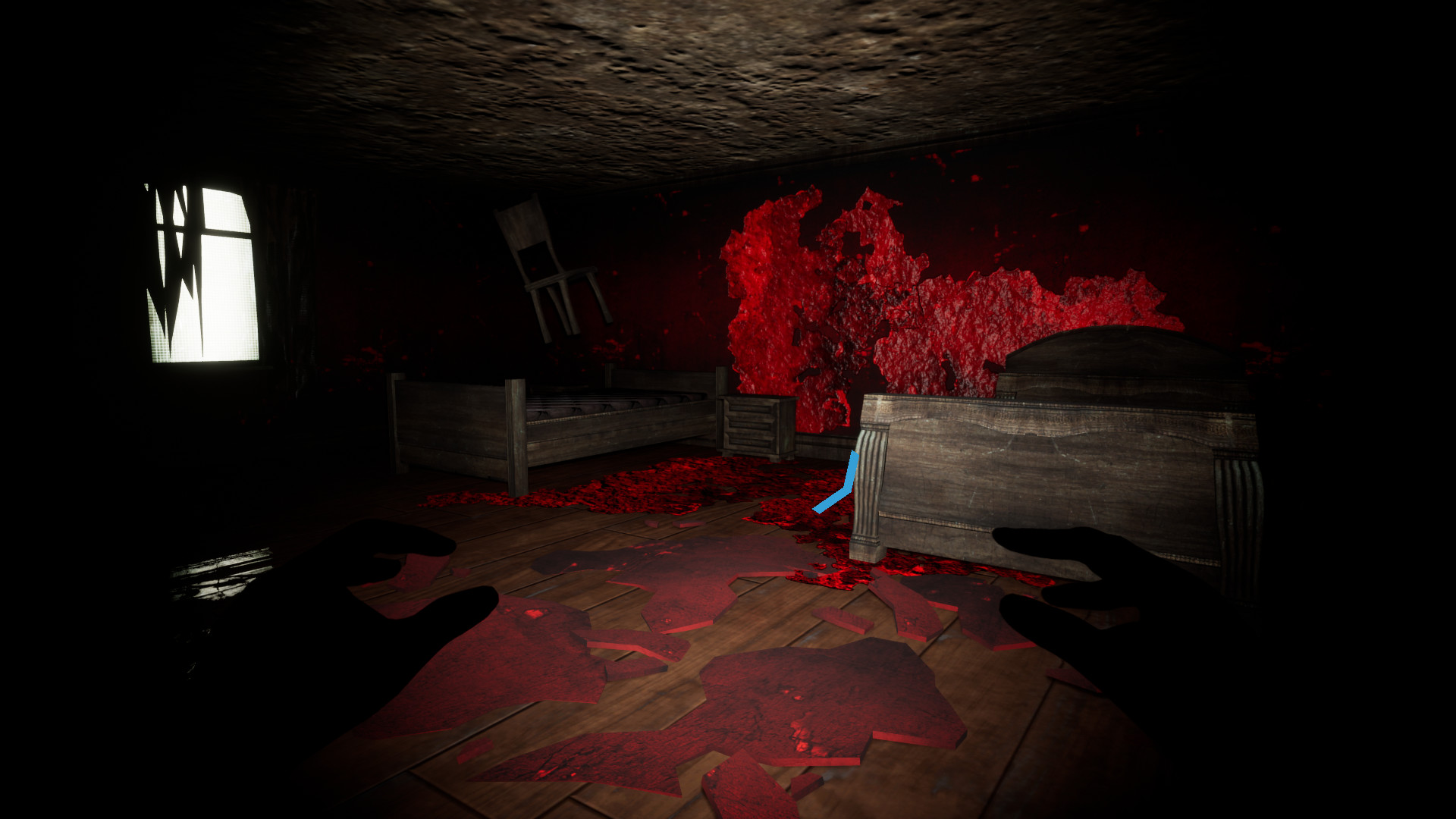 The main premise of Escape The Manor is to literally escape from the manor within the five lives you get. Seems pretty straight forward right? It would be if the ghost wandering the halls wasn’t always less than ten feet away from you. It is completely understandable to keep your game monster near the player at all times to keep the tension up. However, there is a difference between knowing the monster is around and not being able to progress at all because the monster won’t leave you alone long enough to do anything.

There were times during this game that I couldn’t leave a room because the ghost kept coming in and out of the same room. Not only that but it struck me as odd that there was so much glass on the floor, but there seemed to be no reason for it. I do not recall seeing a single broken window or any sort of visible reason for the glass to be there. 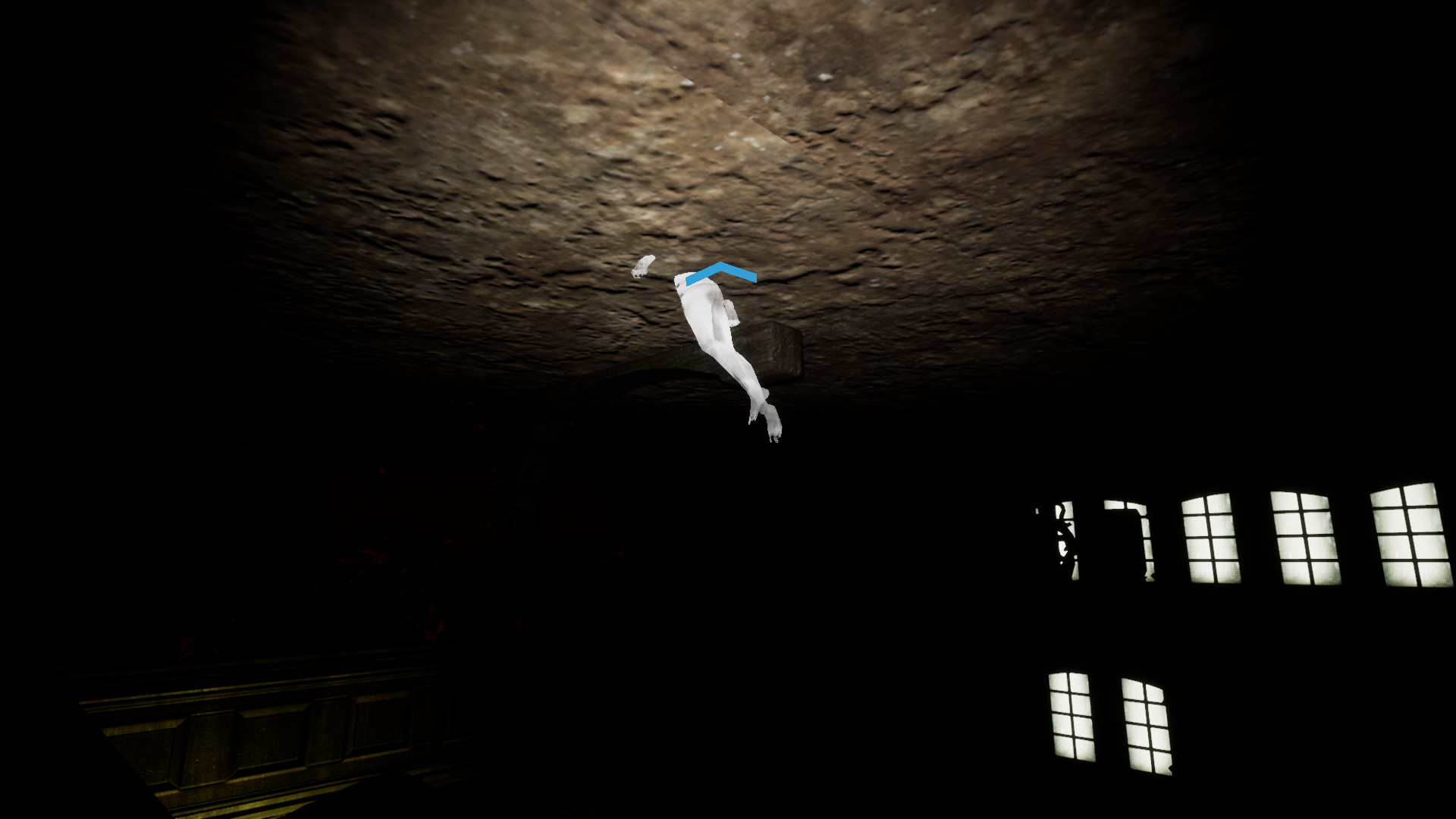 Speaking of the ghost that haunts this game, she doesn’t work the way she seems to be intended. Most notably what happens when she actually catches you is this overly shrill shriek plays. It doesn’t make her scary, it actually makes the ghost more annoying. The reasons Jack in Resident Evil 7 and Lisa in P.T. stay scary are because of their cadences of horror. Meaning Jack doesn’t emit a high pitched shrill, he says something that is grounded in real horror. His line “welcome to the family son” as he strikes you scares players because it is real and sudden.

Lisa stays scary with her low and guttural groans that unsettle the player and make them feel like she is always around without her actually being visible. Escape The Manor seems to miss that point. I wanted to turn the game off because the loudness and how shrill the scream was, gave me a legitimate headache and I know it was torturous for my viewers as well.

Jump scares can be put into a horror game if they work well. They feel cheap and tacky otherwise. The scare where you crawl through the overturned cabinets was great, the first time it happened. The fact that it happened both times I went through made it dull and meaningless the second time. There was also a time when I was just walking through the hallway and a version of the ghost flashed across the screens and screamed.

This happened for no other damned reason than a cheap scare that did not work. The jump scares in games like Five Nights at Freddy’s work because the game builds a natural tension every single night. So when the animatronics that feeds on childhood fears lurch into view it makes a pretty natural sensation of fear happen. Even the jump scares of Alma in the original F.E.A.R. game feel great because they are small in number and you get a real sense of fear from seeing her. You get the impending sense of doom when she is near as well as a feeling that if she touches you, you will die. The monster in Escape The Manor sadly doesn’t have that same impact. 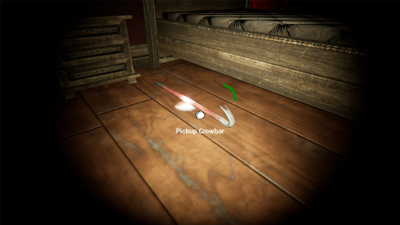 This section will talk about some of the promising things that I witnessed post playthrough. Escape The Manor features a practice mode that lets players play without fear of the ghost causing a game over. The game overall is plagued by the ability to press the character through the walls and objects and see or move through them. There were times I was able to get completely through walls. Since my time playing this, the game has been updated to fix some of that. The reason I bring it to attention is during my practice mode playthrough, I got stuck in one of the only interesting parts of the game.

The wall opens up and players finally see a crowbar which is a needed escape part. As the player moves in the wall closes and you are sealed in there with the ghost who is tied to a chair. The game actually would not let me progress past this part. I assume it is because a scare death was supposed to happen there to take away one of the player’s lives. Since this is practice mode the game does not allow that to happen. Naturally, I tried to see if I could force my way out. I was able to drop the crowbar through the wall to the floor below, but I could not get through myself to retrieve it. As I mentioned this has been fixed since release. 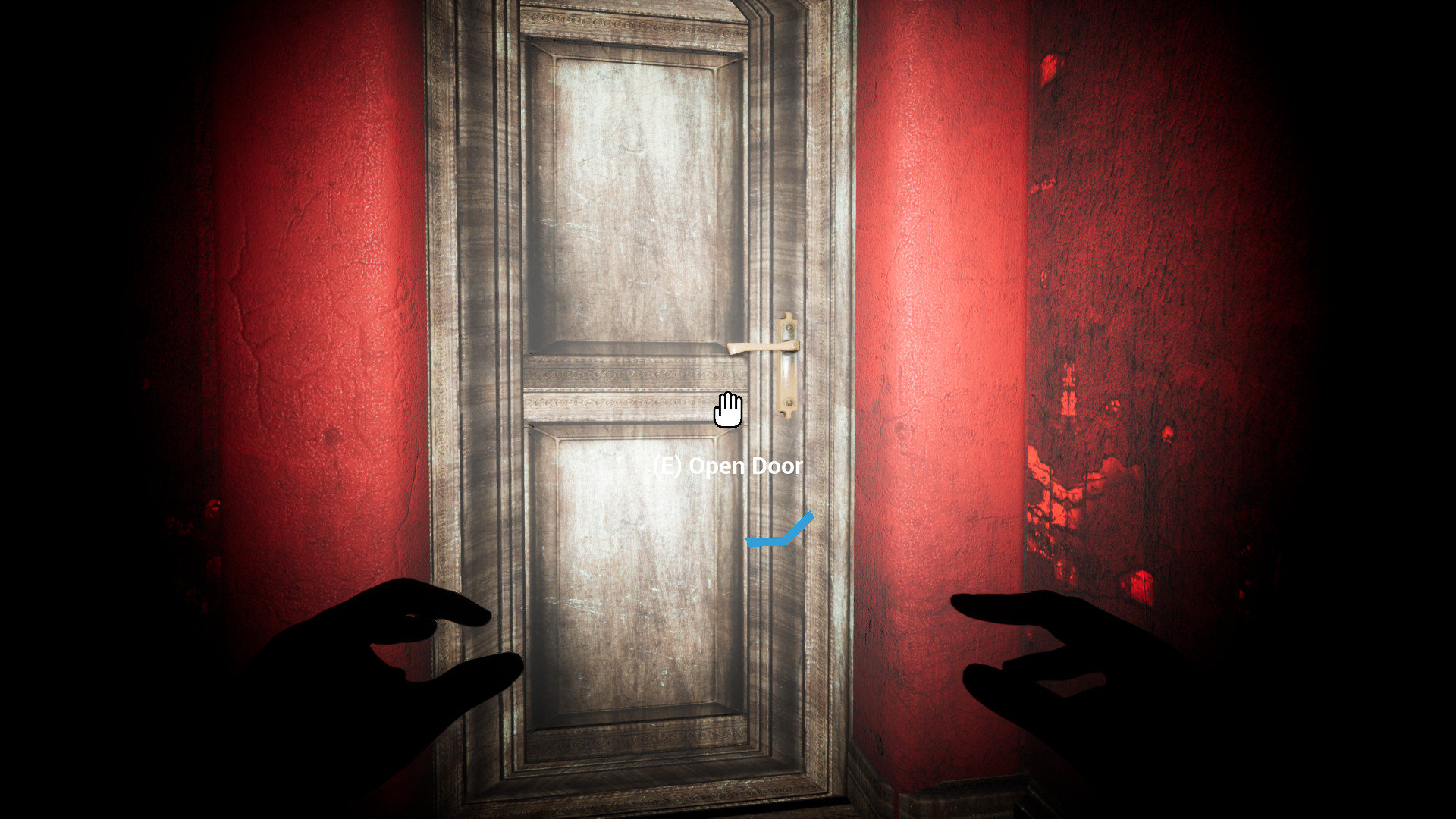 At The End of It All

I want to take a moment, before this review ends, to talk directly with the developer. The fact that you are already putting out fixes and patches for the game is fantastic. It shows that you care about what you have created and that you have a passion for it. This felt like a very early game in a developers’ career if that is the case I implore you to keep making games. Take what you have learned here and continue to create. Do not let the initial negative reviews for this game keep you from future projects.

Be that as it may, Escape the Manor is riddled with cheap scares, bugs and one of the most aggravating ghosts I’ve ever dealt with. For every instance of promise this game showed while I was playing it, there are at least five detractions from it. The little girl humming a creepy kids song was great but it is hard to enjoy or be creeped out when I have to make sure the ghost isn’t going to just come through a wall at any second and stop my progress. Escape the Manor is better left unentered. That way your eardrums remain mostly intact and your time left for other adventures.