The next set of free games through the Epic Games Store has been announced. With February 20th introducing Assassin’s Creed Syndicate and Faerie. 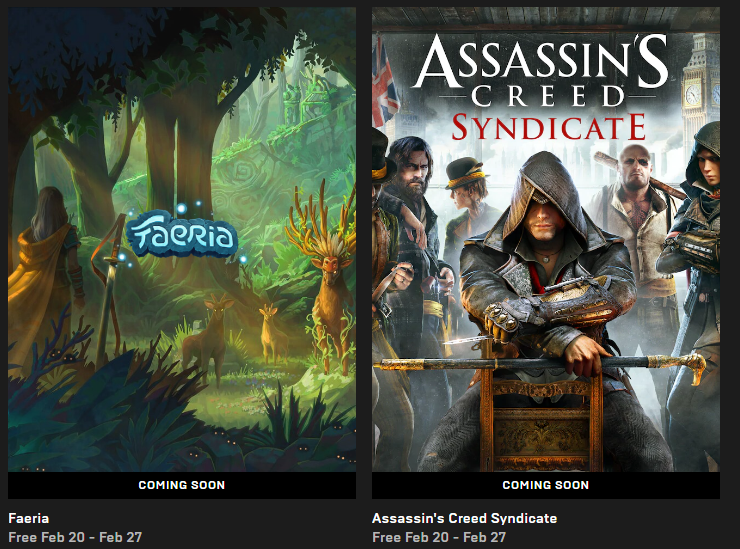 The titles will be free from February 20th until February 27th. All you need is an Epic Games Store account, which is free.

Assassin’s Creed Syndicate is one of the more popular entries in the long-running franchise. Starring Evie and Jacob Frye, twin assassins who are taking on the Templars in late 1800s London during the Industrial Revolution. It was well-received compared to the previous entry, Assassin’s Creed Unity for being stable but also having likable protagonists.

Faerie is a card-based fantasy title. Players build their own deck to take on various opponents in this whimsical land.