After breaking out with 20XX, Batterystaple Games focused its efforts on a sequel, this time hoping to hit on a much greater scale.

The studio announced 30XX for PC and consoles on Thursday, and will be bringing the game to PAX East in less than two weeks to make its hands-on gameplay debut.

The Mega Man-inspired design and the roguelike foundation from 20XX remain. But the new game is making some key changes, chief among them being a new “hi-bit art style” from art director Glauber Kotaki.

Heroes Nina and Ace also return, but now have distinctive move sets that will change up how players approach levels and enemies. Nina can meld together abilities earned from boss battles and tailor them to specific scenarios, while Ace can use his blade-brandishing combat style to chain together devastaing combos.

There will be eight new worlds to explore, and a new metagame currency to collect throughout them called “Memoria,” which can be used to upgrade characters, gain hints, or even get an assist in how the level itself generates. 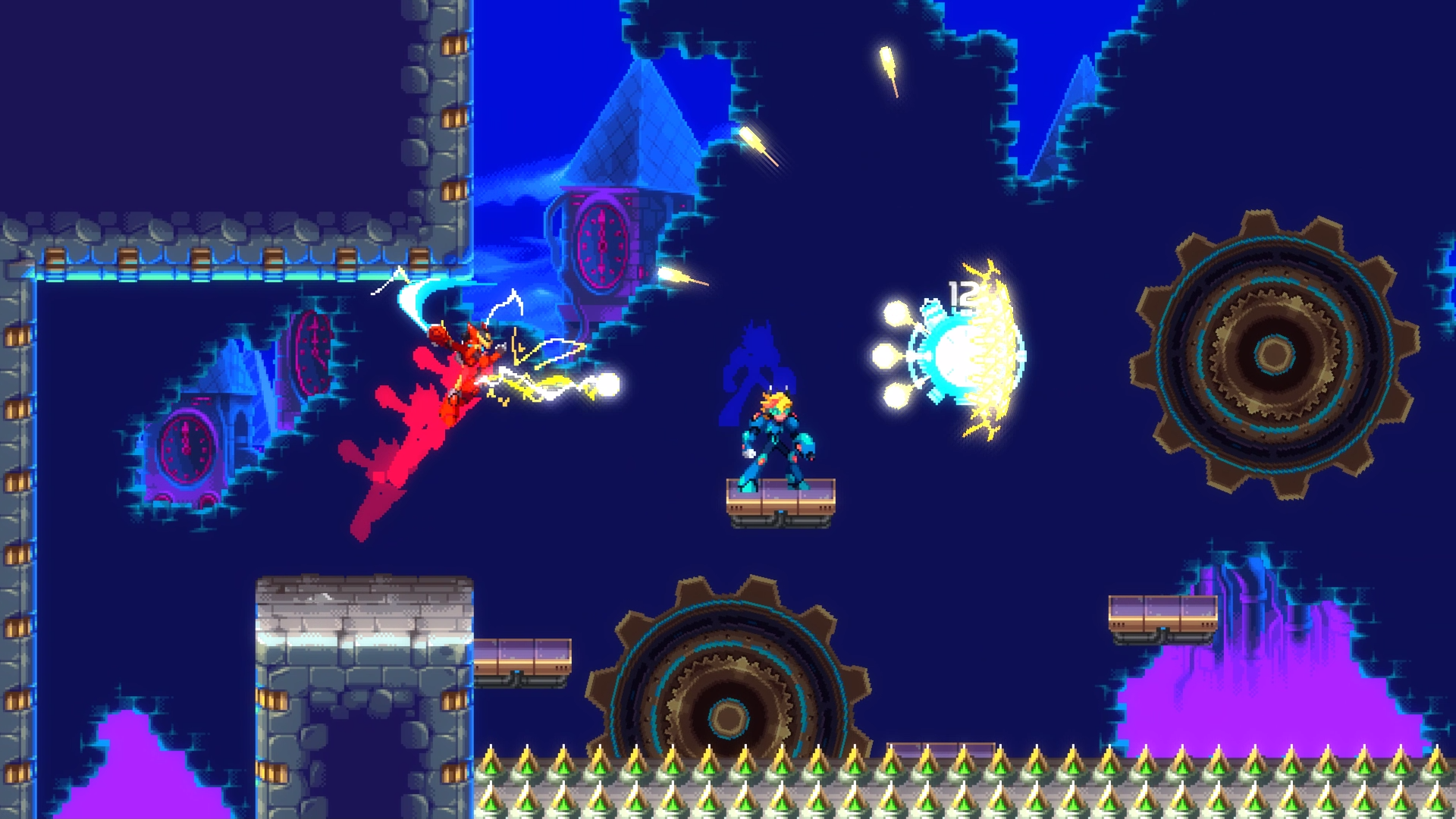 20XX saw great success, both critically and commercially, when the full game launched in 2017 (it released in early access in 2014), but the Batterystaple team still saw plenty of room to improve. That’s where 30XX comes in.

“The response to 20XX has been incredible, but we still see many ways we can continue to improve and expand upon the wonderful game our community helped us build,” studio founder Chris King said in a press release. “With 30XX, our mission is to realize the limitless potential the genre offers, and we can’t wait to bring our fans into the fold to help shape the process.”

Developed with the support global investment fund Kowloon Nights, Batterystaple expects to have 30XX ready in 2021.