Super Smash Bros. Ultimate is ringing in 2020 with a tribute to its nearly 19-year old predecessor.

The latest installment in Nintendo’s massive crossover series will be holding an online tournament from this Friday, Jan. 3 to Monday, Jan. 6, featuring only the fighters, stages, and items that were included in 2001’s Super Smash Bros. Melee.

Continuing the Smash Bros. development team’s run of impressive attention to detail, the in-game notification sent out about the tribute tournament included an image where all 13 of Melee’s roster additions strike the original poses they had in the GameCube game’s character select screen, and against the same menu backdrop too. 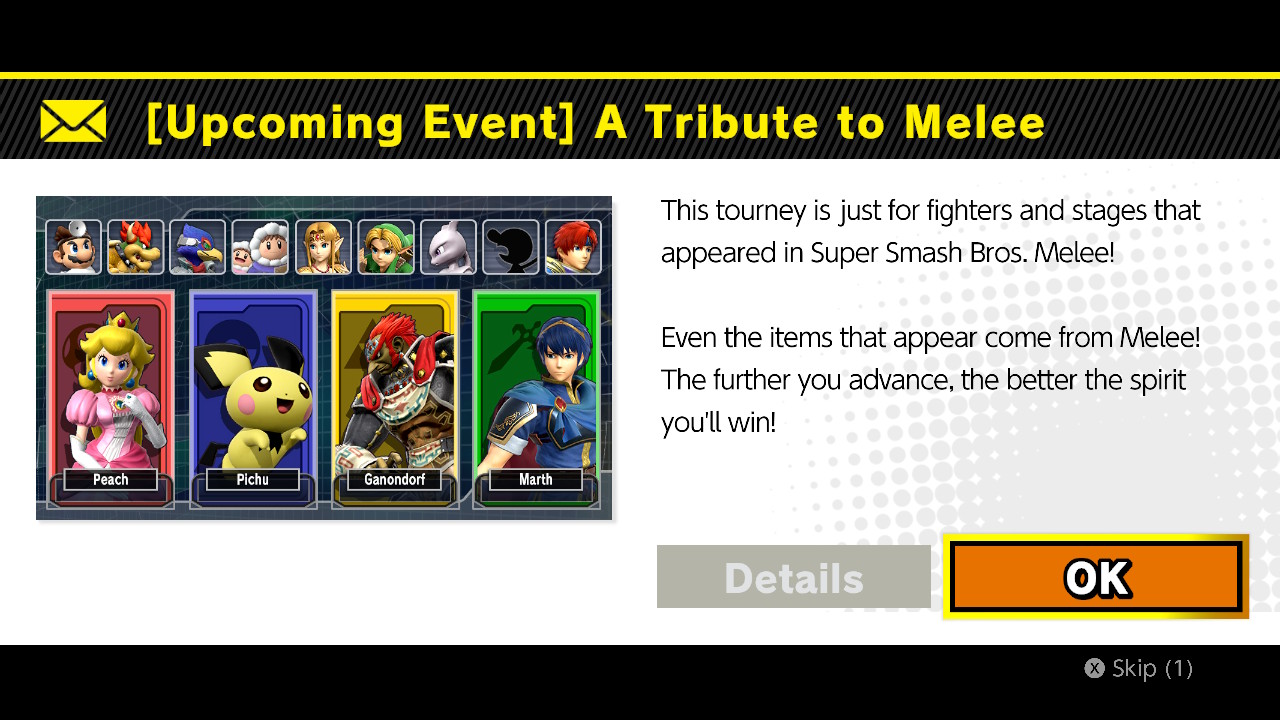