Class is in session.

Byleth, the protagonist from Fire Emblem: Three Houses, and a slew of new content is now available for download in Super Smash Bros. Ultimate as part of its Version 7.0.0 update.

Announced back on Jan. 16 during a livestream hosted by series director Masahiro Sakurai, Byleth is the fifth and final fighter to be included in Ultimate’s first Fighters Pass. Both the male and female versions of the character are playable, and (just like the other four DLC fighters) come with a stage, music and Spirit Board based on their game.

Garreg Mach, Three Houses’ main hub area, is the setting for Ultimate’s newest stage, with members of the game’s cast guest starring in the background. Eleven songs from Three Houses’ soundtrack have also been added to Ultimate’s extensive library of video game music.

Catch up or refresh yourself on Sakurai’s presentation of Byleth below.

Ultimate’s 7.0.0 update isn’t all Fire Emblem love though. New Mii Fighter costumes for Assassin’s Creed’s Altair, Mega Man X, Mega Man Battle Network, the Rabbids series, and Cuphead have been put up for purchase at $0.75 each. The Cuphead costume also comes with its own song, “Floral Fury.”

Ultimate’s second Fighters Pass went up for pre-order on the Nintendo Switch eShop as well, with all six of its additional characters set to be released by the end of 2021. Purchasing the second Fighters Pass will give players another Mii Costume right out of the gate, an Ancient Soldier Gear outfit from the Legend of Zelda: Breath of the Wild created for the swordfighter variant. 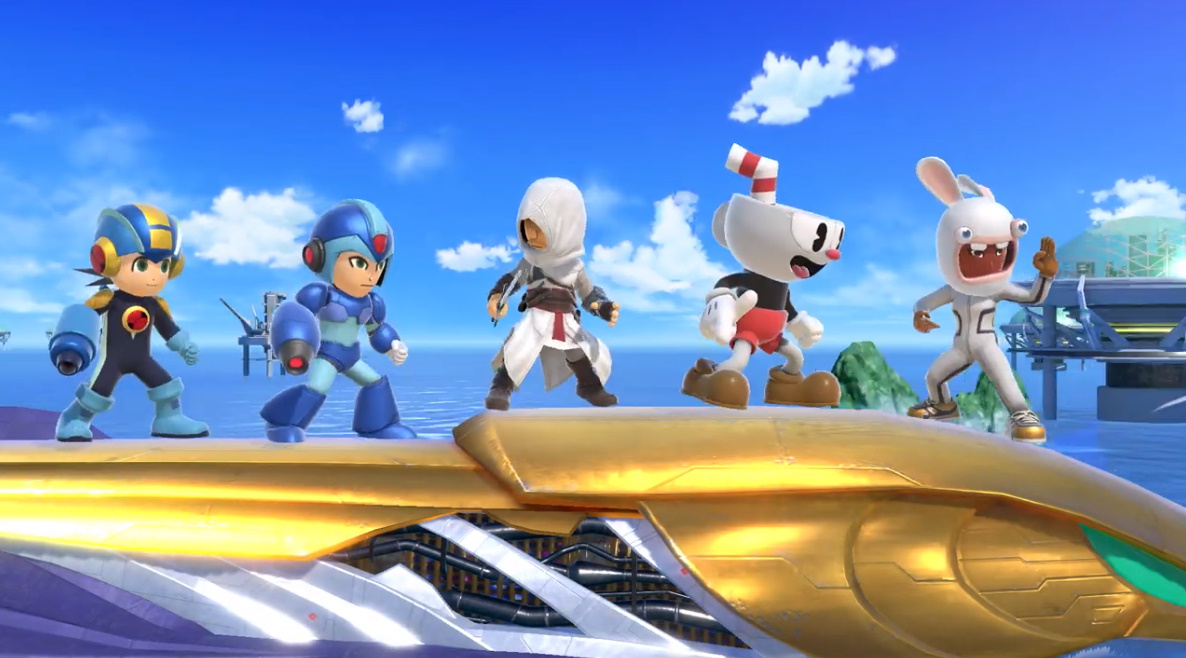 Now that the first Fighters Pass is complete, Ultimate’s roster stands at over 80 characters — Echo Fighters included — with more on the way.

The momentum for Three Houses is still going strong too. The tactical RPG released this past summer to highly positive reception, and will be receiving story DLC in a couple weeks to follow up Byleth’s inclusion in Smash Bros.