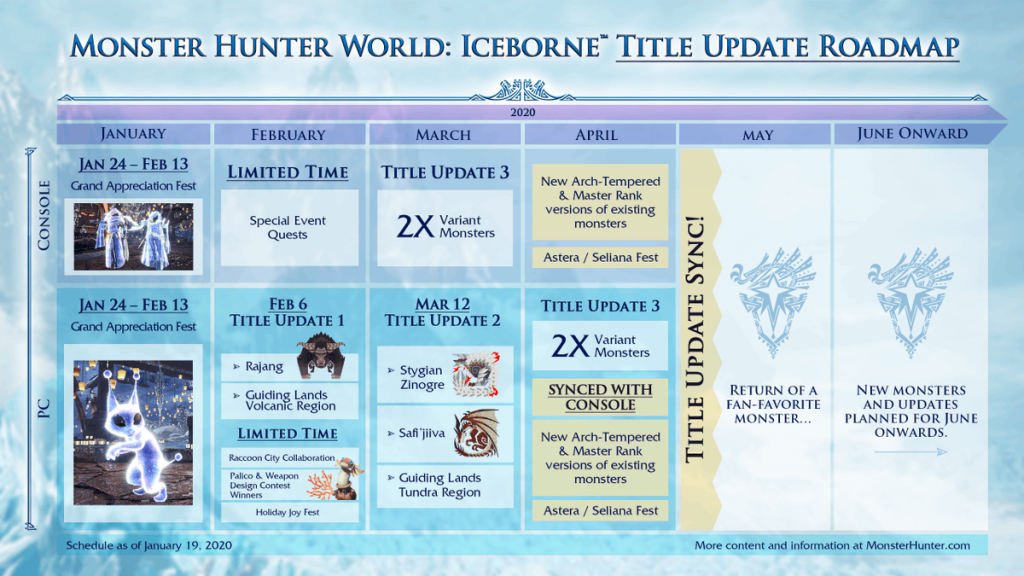 The roadmap shows previously released content along with new Tempered Monsters, Variants, and new and returning favorite creatures for May and June onward.

Monster Hunter World: Iceborne is now available for PC, Xbox One, and PS4.