After being leaked last week SEGA confirmed that Bayonetta & Vanquish 10th Anniversary Bundle is real and will release on PS4 and Xbox One this February. 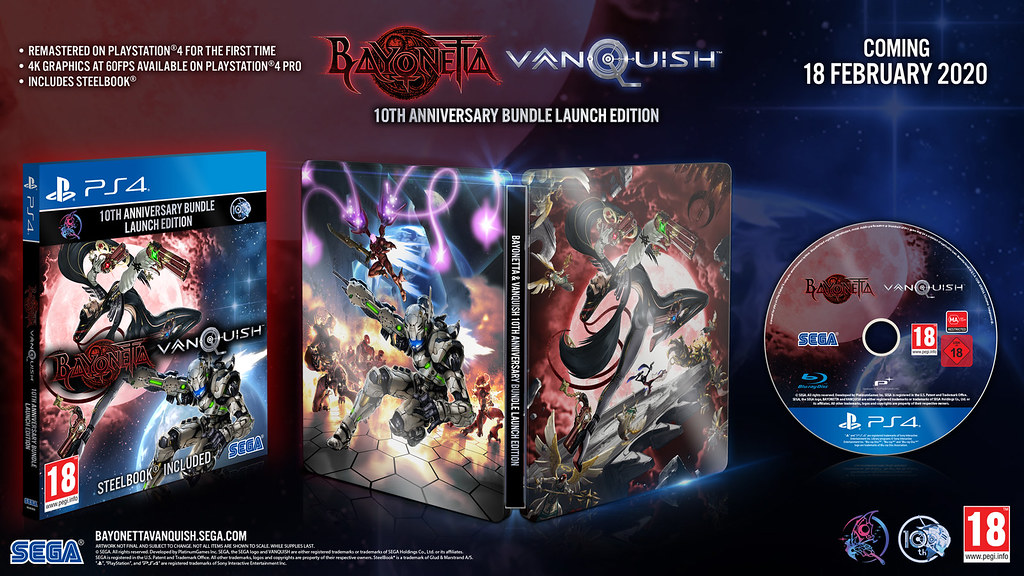 You can purchase the games as part of a bundle digitally or through a physical edition. Which will come with a unique steelbook case. Decorated with unique art featuring Bayonetta and Sam Gideon.

Bayonetta takes fast-paced third-person action to the extreme, pitting the unflappable Umbra Witch Bayonetta against hundreds of angelic foes with an arsenal of interchangeable weapons, powerful abilities, and mystical beasts summoned through her incredible hair.

Meanwhile, Vanquish redefines the cover-based third-person shooting genre by introducing elements from action games and beat ’em ups, a wide variety of weapons, and some of the craziest boss fights you’ll ever see, creating an entirely unique experience that shouldn’t be missed.

Those with an Xbox One X or PS4 Pro can play the games in 4K and with 60 fps.