Microsoft is giving a Christmas present to all Xbox Game Pass users. With 4 new games being added to the service. 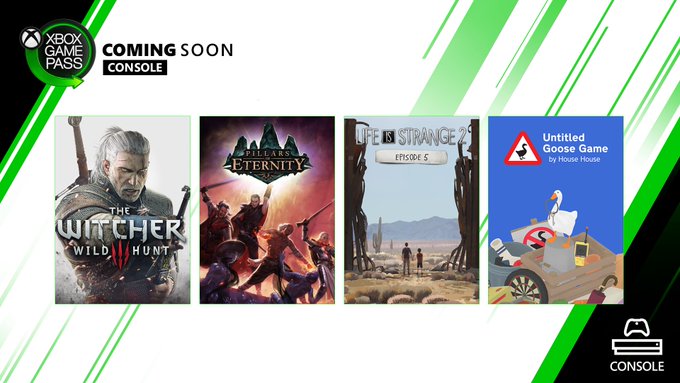 Untitled Goose Game (ID@Xbox Day One Launch)
A slapstick-stealth-sandbox where you’re a goose let loose on an unsuspecting village. Make your way around town, from peoples’ back gardens to the high street to the village green, setting up pranks, stealing hats, honking a lot, and generally ruining everyone’s day.

Life is Strange 2 Ep. 5
Sean and Daniel have reached the end of the road. The border is close. One last, brutal gauntlet of challenges is all that stands between them and their goal. Caught between responsibility and freedom, can Sean find a way out of an impossible situation? Every decision Sean has made, every lesson Daniel has learned, every friend and foe they’ve met along the way: they’ve all been leading to this.

Pillars of Eternity (ID@Xbox)
Adapted for console, this unmissable RPG brings Pillars’ fantastical world, tactical combat, and unforgettable story to fans on a whole new platform. Pillars of Eternity: Complete Edition includes all previously released additional content from the PC version, including all DLC and expansions in a single package.