Remember a few years back when endless runners were all over the market place? Temple Run and Subway Surfer were dominated and Fortnite was barely a concept. Into the Dead 2 takes those endless runner concepts and adds in a pretty solid story concept to that framework.

It boasts seven chapters across sixty different levels and themed DLC such as Ghost Busters and the infamous Night of The Living Dead. Is that enough to make this purchase worth it? Let’s talk about that. 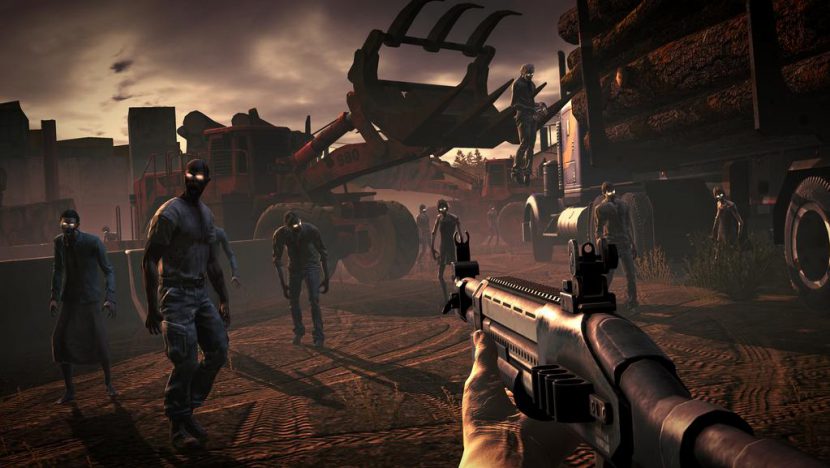 Run To The Hills

The story behind Into the Dead 2 follows the main protagonist on his mission to get back to his family. The opening scene sees him absolutely ruining his semi-truck on a supply run. As soon as that scene ends, it is a non-stop sprint to the finish line as hordes of the undead swarm him.

The controls to the game are wonderfully simplistic with the thumbstick on the joycon allowing players to move left or right to avoid incoming zombies. Either trigger allows players to take a shot at zombies or barrels that explode grouped up undead. A quick tap of the bumper and you can chuck whatever kind of grenade you have equipped. Aside from pressing the reload button that is it, it’s an unsurprisingly simplistic control scheme. Even mantling is done automatically as you flee from the zombies in their endless pursuit.

Moving back to the story, it occurs exclusively in post-run scenes. While they are pretty short scenes often running less than a minute they often pack a bunch of heavy moments. Without giving away too much of the story the man’s daughter and her group get attacked after the man’s father turns into a zombie. Someone else in the group get’s bitten and has a body part amputated. Into the Dead 2 manages to tell it all in a surprisingly compelling manner despite using the story method mentioned above. 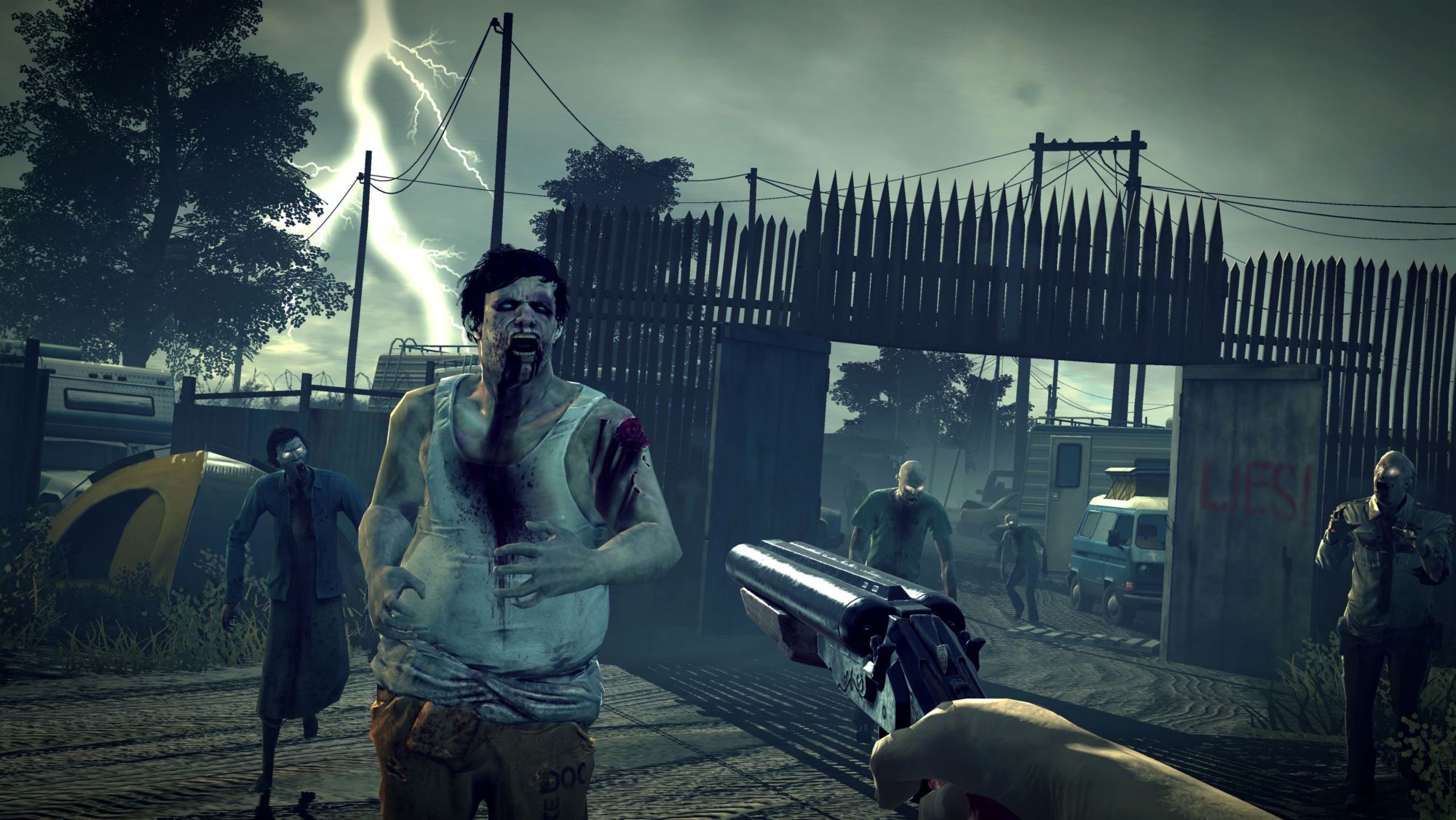 I Have Never Wanted a Tiger Before

Into the Dead 2 handles unlockable equipment moderately well. There hasn’t been a single microtransaction despite the in-game currency being required to unlock stuff. I really dig it. The currency and all unlockables are grindable to unlock. Players can unlock the currency by doing objective in each level or choosing it as the option at the end of level loot bag. That loot bag also grants extra buffs to your weapons or needed grenades.

Companions are one of the in-game unlockables and they can help take out zombies to clear the way here. The companions range from a bunch of good little puppers and doggos to an actual tiger. I never knew I wanted to sprint past a bunch of undead flesh junkies with a tiger. That’s one of life’s greatest mysteries, all the stuff you try that you never even thought of.

It is odd, however, that players have to spend in game currency to level up the companion. They already hit the level requirements why does the player have to spend a hundred gold to unlock? It makes sense to need it to buy guns, but if a member of the party hits its next level shouldn’t the grind just continue uninhibited? I suppose it all ties into wanting the players to keep playing to grind that next bit of money to level their dog up but it does feel a little unnecessary. 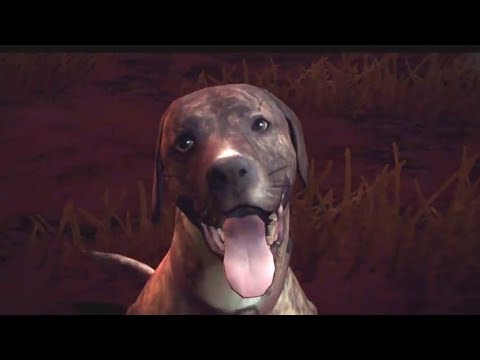 There are a few other things here and there that are a skosh annoying about the game. One of which happens when a player is grabbed by a zombie. The first time this happens on a level the character sinks a knife into the zombie’s skull and gets away. The second time this happens the player is killed regardless of the fact that they have a pistol and are more than capable of putting to the thing’s skull and pulling the trigger. It’s understandable to have a consequence for getting grabbed, regardless it doesn’t really make a lot of sense from the player’s point of view. The gun is right there just pull the trigger.

From a developer standpoint, it does make more sense to have some sort of counter in place to make sure players still have some sort of consequence to worry about in the game. It wouldn’t be anywhere near as rewarding to sprint three thousand feet through things that want to eat you alive if you had no fear of dying. Not having those checks and balances in place would be like running for office with no political background and a bad tan. Then somehow winning.

Outside of that the only big complaint here is the egregious lack of content variance. While each location manages to visually feel different it is at the bottom line doing the exact same thing, over and over again waiting for the end outcome. Which makes this game great in smaller doses such as waiting for doctor’s appointments or a plane to show up. 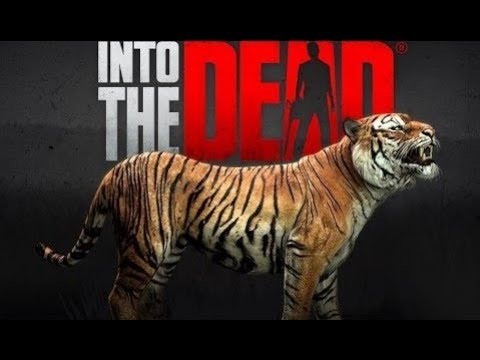 Into The Dead 2 is a pretty solid game with a great story. The companions don’t feel like a tacked-on gimmick. While playing I genuinely wanted to see the main character get the dog he found all the way to his little girl. So much so that I never switched off the starting companion for my whole run through the game. Despite that, it also felt like the game scaled up the difficulty at a rather decently crafted slope.

Players of all skill levels could get through the game with an acceptable amount of challenge. It was rather fulfilling that a game as simplistic as this was able to pull a player in and make them want to see the journey through to its conclusion. Into the Dead 2 is a fantastic addition to any player’s Nintendo Switch library.

In fact, it would also make a decent gift this holiday season if you aren’t already sure what to get that gamer in your life.

Into The Dead 2 Review
The Good
The Bad
7Overall Score
Reader Rating: (0 Votes)
0.0