The stealth genre in recent years has had some fantastic entries. Games like Dishonoured 2, Deus Ex: Mankind Divided and so many more have given us complex, layered worlds to live in through the shadows. But then came, a new kind of stealth game with a protagonist so apathetic towards its foes that it makes you think, “who would create a creature so vile?”

I am, of course, talking about Untitled Goose Game (or UGG, for the sake of this review), a game about a rampaging goose hellbent in tormenting the peaceful denizens of a small, idyllic British town. UGG is a part adorable puzzle game, part anarchist tale of revenge, and all fun. It’s not every day we get a game about an adorable goose who literally carries around a list of ways to torment people.

The story of UGG is pretty straightforward: you arrive with a list of things to do, and ways to torment people. Your first challenge is to get past the groundskeeper by making his life absolute hell. These challenges, as mentioned earlier, come in the form of tasks that are crossed off when you complete them. After completing a few, you get a specific task that triggers entry into a new area, with a host of new challenges. Ugg’s cycle continues as such, with a few pleasant surprises along the way. 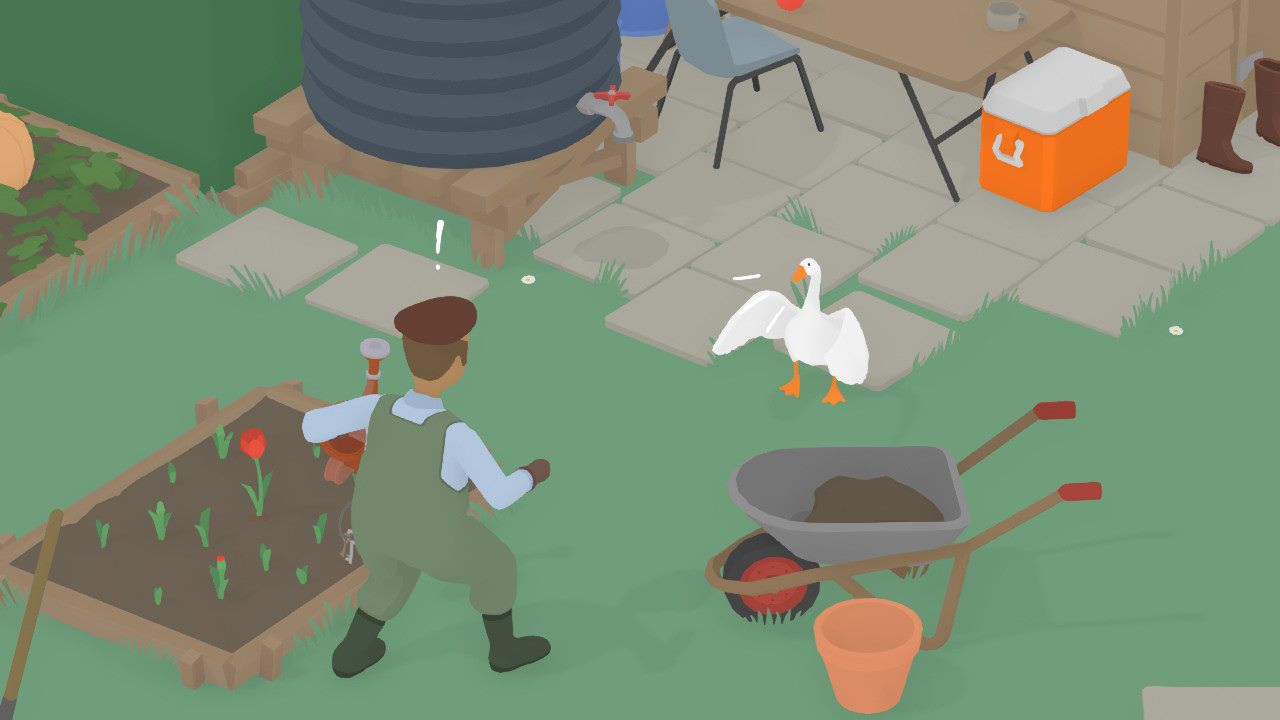 While the story and the narrative path is limited, the game excels in world-building and environmental storytelling. Exploring the world of this small little town is an absolute treat, especially when each NPC has its own unique characteristics without uttering a single word. The shop-owner is territorial, while the little child is absolutely scared of the goose: everyone has their own personality.

While the game is light on story, it makes up for it in spades with its fantastic gameplay. In UGG, the goose is not just an adorable bird, it is a weapon of mass annoyance. Controlling the goose feels great, especially when interacting with other physical objects in the environment. Objects like carrots, a radio are light enough to carry around with ease, while a pumpkin is more challenging. This is shown by the detailed animations of the goose dragging around heavier objects, struggling a  bit which adds some weight to your interactions. Some objects even have some utility, like the radio which can draw out NPC’s and away from wherever you need to go.

Predator, but with a goose

Stealth also plays a big role in UGG. Taking cover in the grass keeps you in the shadows as you plan your next annoying attack. The goose can also crouch and move slower, ducking behind cover and stalking their prey. Crouching also allows you to interact with objects lower to the ground, which adds some verticality to your interactions. A lot of thought has gone into the movement of the goose, which really helps the gameplay feel great. UGG‘s protagonist also wields a powerful weapon, a honk button. On the Nintendo Switch, pressing Y allows you to honk at the townsfolk either annoying them or freaking them out. (Fun fact, you can press and spam the Y button very quickly, just wear headphones. People in public don’t enjoy hearing constant honking.) 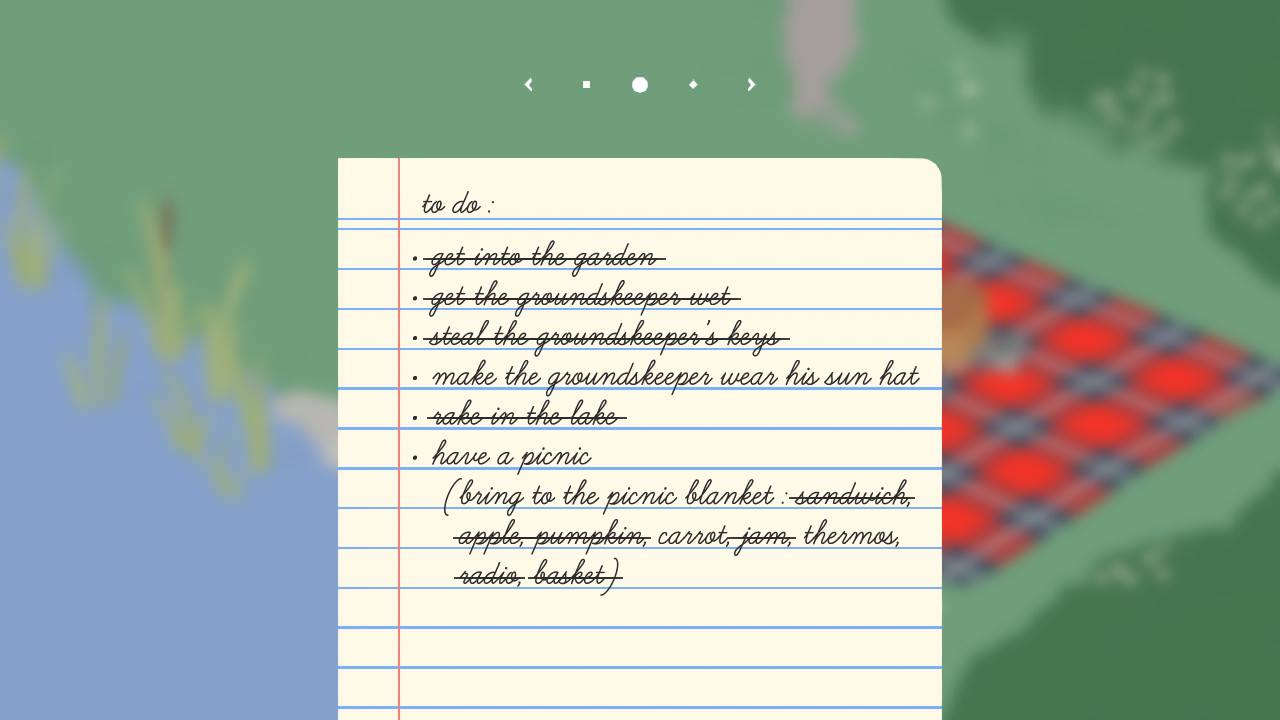 So many humans to torture, so little time.

The puzzles range from simple, interesting and sometimes frustrating. Some interactions are simple, while others are a bit more challenging which requires some patience and perseverance. I did find a few of the puzzle tasks annoying, but when I finally figured it out I had an “aha!” moment. At no point did this detract from the experience though. There’s also the second page of tasks which are secret tasks that can only be revealed through experimentation and exploring the world. This extra layer of tasks gives what is a relatively short experience a bit more longevity.

The Sound of Honking

UGG is a very beautiful game from an artistic standpoint. The art style uses a pallet of flat colors, painted on low-poly designs that give the game a unique, aesthetically pleasing look. Everything about the game’s look feels idyllic, much like the game’s setting. At no point does the style feel uninteresting even though none of the character models are hyper-detailed like other games. Choosing a more minimalist, flat look adds to the character of the game. Even without the heightened details, everything about the game’s world feels recognizable and familiar.

I was also very impressed by the animations in the game. Every NPC feels like a unique character, especially when interacting with the world and with the goose. When the goose interacts with objects within the eye-sight of the NPC, they will come to chase you away. But it doesn’t end there, they pick up the objects (sometimes fixing them or turning the on/off) and returning them. This habitual practice by the NPC’s makes them feel real compared to NPC’s in many other games. 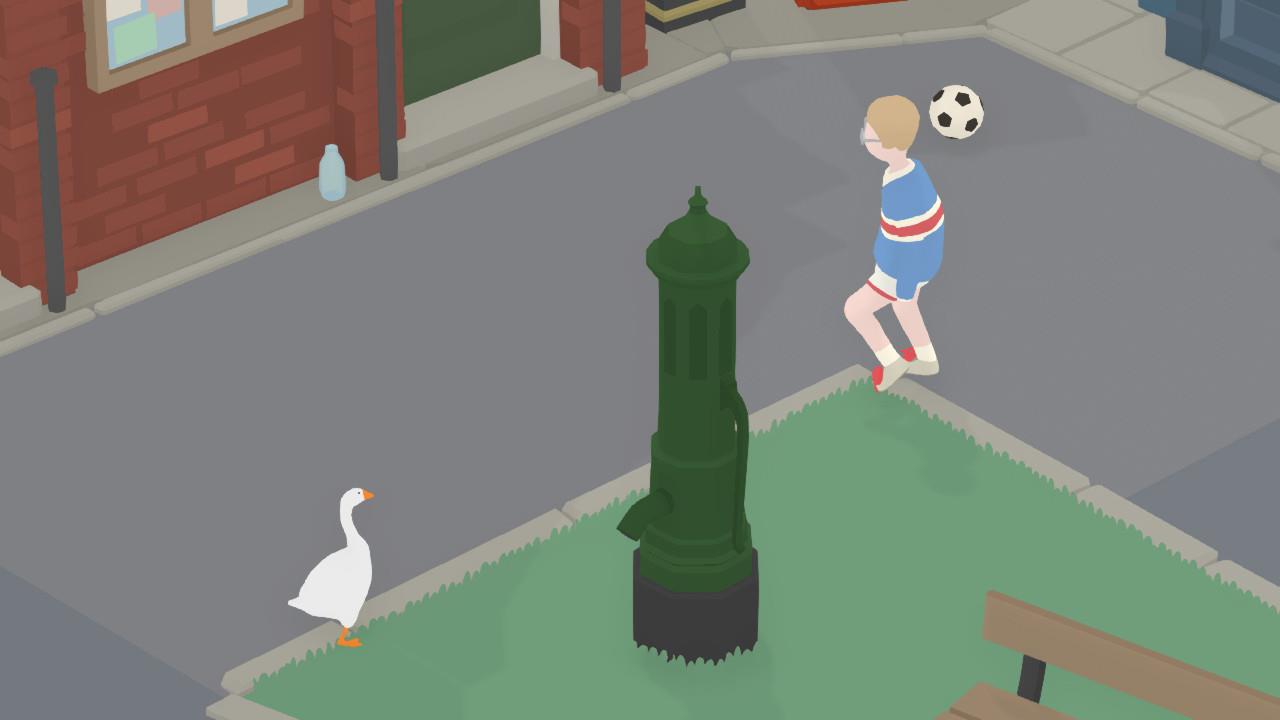 No one is safe from the goose.

The sound-design in UGG is a mix of comedy, realism and a beautiful score. UGG’s music is a simple piano melody that matches the tension and events of what’s happening on screen. It’s the perfect music to fit the tone and setting of the game. It has such a soothing score that you can’t help but feel relaxed when you’re being a complete a-hole to people. The sound effects in the game are also well made, especially the goose honk. I know it’s a simple honk, but it’s just so well-realized you can’t help but appreciate it. Other objects in the game also sound believable, I just wish the NPC’s had a bit more range in their reactions. I understand keeping the characters silent, but a range of grunts and reactions would have been welcomed to sell their frustration over the goose.

A game worth taking a gander

Untitled Goose Game is a bizarre experience, but a welcomed one. While most stealth games involve breaking a henchman’s windpipe to sneak past, I’m glad I’ve been given the chance to just be a douche to people in town. In fact, I will go as far as to say that the restriction of non-violence has made the game far more challenging. I have found myself genuinely more challenged than many stealth games in recent times simply because I cannot hit back. Choosing a goose to mess with a town is a bold decision and an interesting one. My only qualm is that the game was far too short, and some of the fetch quests felt a bit forced. House has created an unforgettable game, and I only hope they find as much success as possible so we can get more sequels. 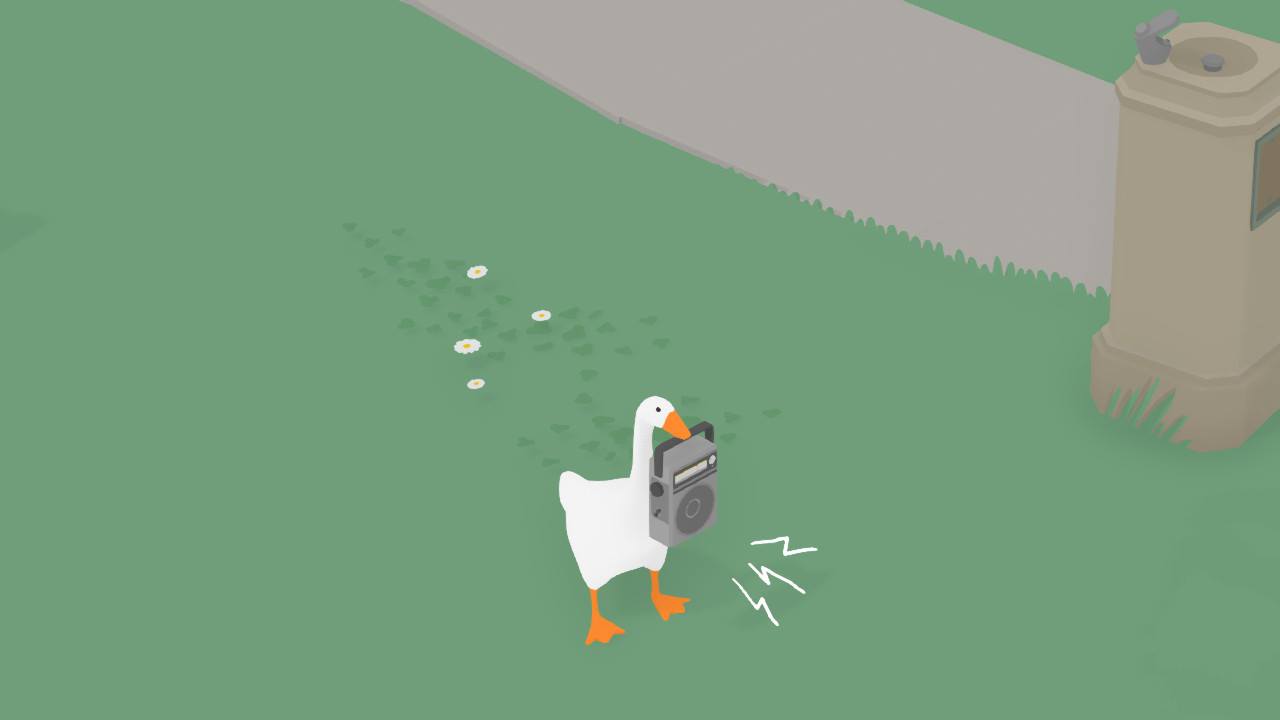 No caption, just look how adorable the goose is? And that’s how they win, we let our guard down.