The Division 2 is getting its second episode in the Year 1 pass. Releasing this October 15th for Year 1 Pass Holders and the 22nd for everyone else. 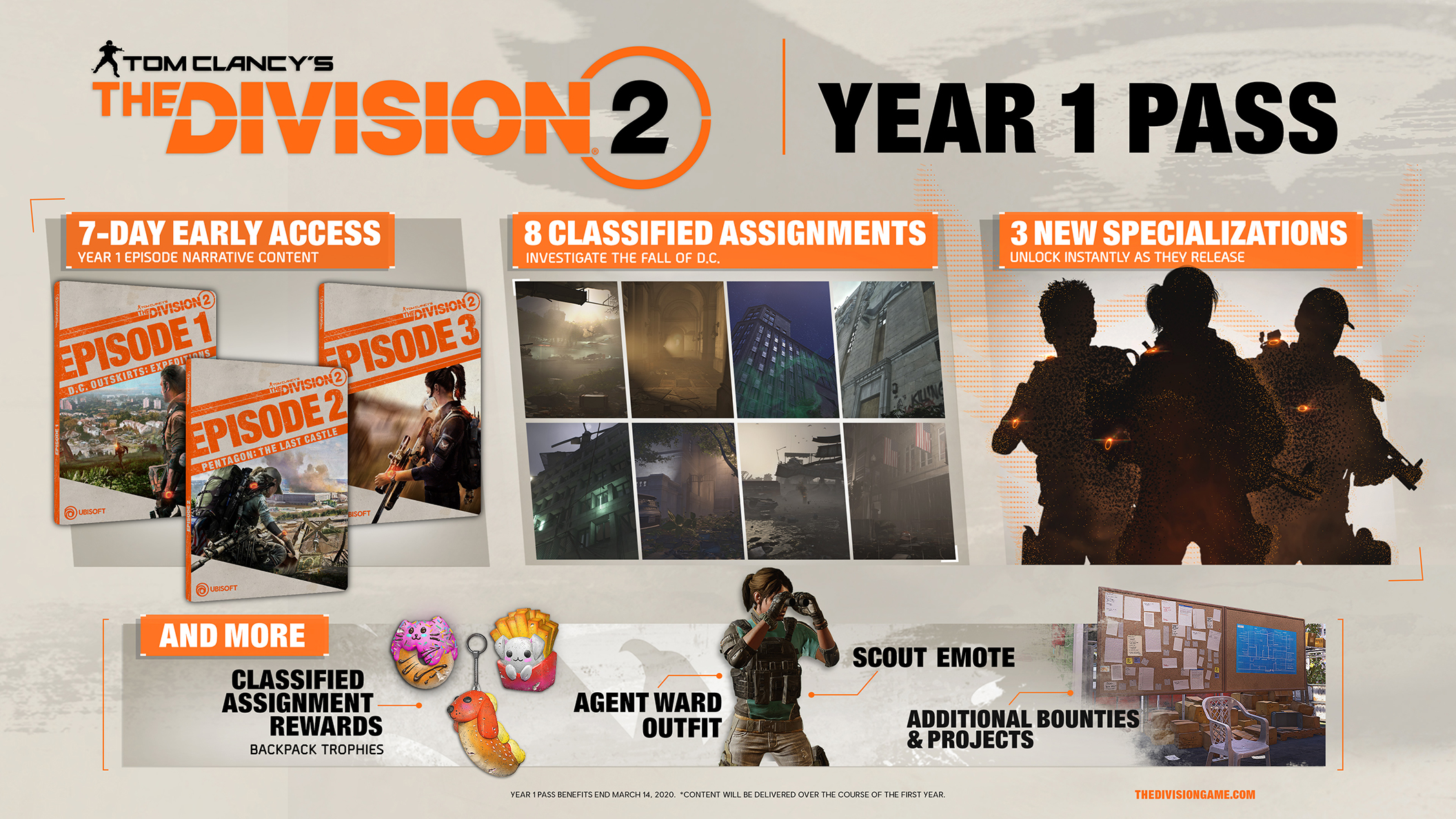 Called The Pentagon: The Last Castle players must get a bioreactor inside the Pentagon. Securing the bioreactor will allow The Division to replicate the antiviral samples from the previous episode. You can read the full details below about Episode 2.

At the beginning of Episode 2, players will investigate a transmission from a fellow Agent scouting the Pentagon for the perfusion bioreactor. Securing the bioreactor would allow Agents to replicate the antiviral samples recovered at Tidal Basin. Agents must navigate flood damage and Black Tusk forces to take back The Last Castle. After securing their safe house, players will be able to access the two replayable main missions of Episode 2

First Main Mission – Pentagon: Agents will discover the location of the perfusion bioreactor inside the Pentagon’s underground research facility. The Black Tusk have already infiltrated the lab and are attempting to extract the reactor.

Second Main Mission – DARPA Research Labs: Players must make their way through the Pentagon and into the DARPA Labs, as the Black Tusk are in the process of transporting the perfusion bioreactor through an abandoned Cold War tunnel network.

Signature Weapon: P-017 Launcher  – a multi-missile launcher. Agents can lock-on and hit up to six enemies (depending on available ammo). With a simple push of a button, six missiles are unleashed to seek out their targets.

Marina: Outcasts have been moving weapons and supplies into a boathouse on the Potomac River, which was used as a transport depot during the outbreak to move assets to the Potomac Center and Roosevelt Island. Agents must investigate and seize all the weapons they can find.

Embassy: A Joint Task Force helicopter filled with supplies was shot down by the Outcasts and crashed through the roof of the Mexican Embassy in Washington D.C. Agents will be tasked to locate the helicopter rescue the pilot and secure the supplies before the Outcasts get there.

The latest title update also brings an unprecedented number of fixes and improvements, as well as a brand new PvP mode.

Players will see significant game improvements in The Division 2 effective October 15. These improvements were developed thanks to community feedback on game forums and following last month’s Elite Task Force workshop, during which community members visited Ubisoft Massive studio in Malmö, Sweden to share thoughts and ideas about the game. Fixes and improvements include:

The Division 2 is now available for PS4, PC, and Xbox One. It’ll launch for Google Stadia when the service launches.