The annual event for Pokemon Go is here and Niantic has a lot in store for players this year. The festivities are officially underway and some of what you can expect includes costumed Pokemon, the debut of a new Mythical Pokemon and some new trainer outfits. You also have the chance to catch a new shiny.

Beginning October 17, gamers can encounter Shiny Yamask in the wild. Niantic is also introducing new avatar items to the in-game shop, including a Cubone cap, Mimikyu bag and a Pikachu onesie. Team Rocket will also be expanding its lineup of Shadow Pokemon.

You will have the chance to rescue shadow versions of the following Pokemon:

From October 17 to November 1, Ghost and Dark-type Pokemon, such as Gastly and Murkrow, will appear more often in the wild and in raids. You will also have the chance to find special costume-wearing versions of Bulbasaur, Charmander and Squirtle in raids. A Pikachu wearing a Mimikyu costume will appear in the wild. Specially themed Field and Special Research tasks will be available during the event as well.

Niantic is introducing a new Legendary to the game as part of the 2019 Halloween event. The Pitch-Black Pokemon Darkrai will appear in five-star Raid Battles around the world. Finally, you will earn twice the amount of candy when you catch, transfer and hatch Pokemon.

This year’s Pokemon Go Halloween Event runs until 1 PM PT on November 1. The next Community Day is taking place on November 16, but no other details have been announced yet. 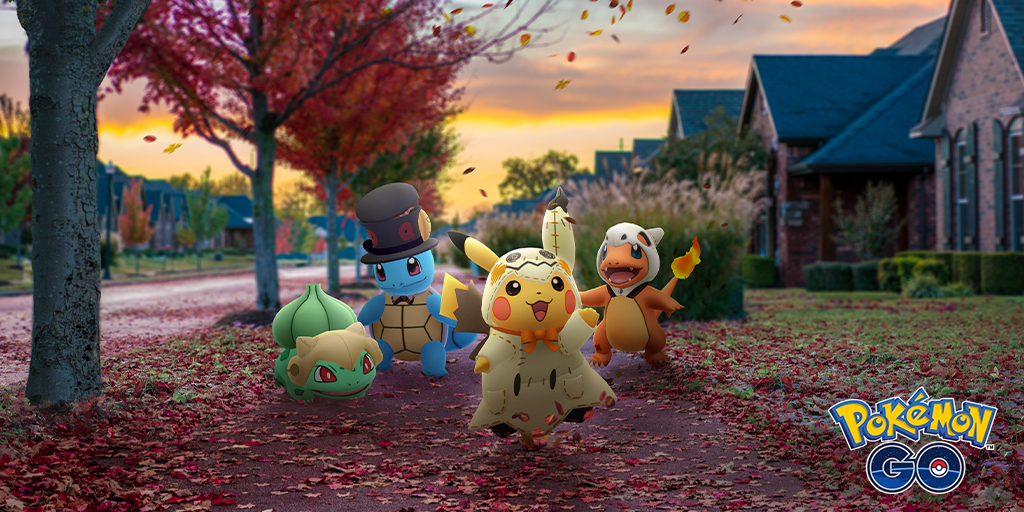