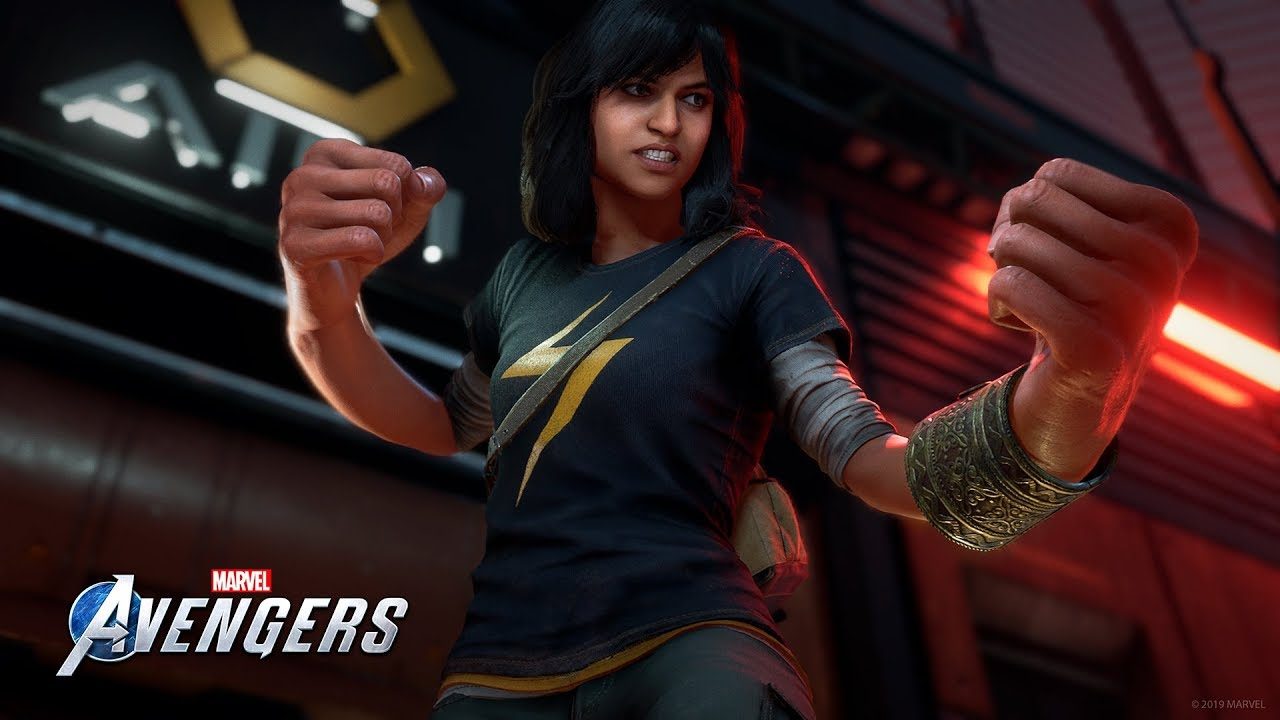 Shown in the pre-alpha demo Kamala Khan gained her powers following A-Day. When the Helicarrier powered by the Terrigen was destroyed she was exposed to the material. Allowing you to access her polymorph powers. Kamala Khan can increase her size, change shape, and stretch her limbs.