Control recently got its first patch but major content is on the way. With DLC ranging from Photo Mode, New Game Mode, and a possible Alan Wake crossover. 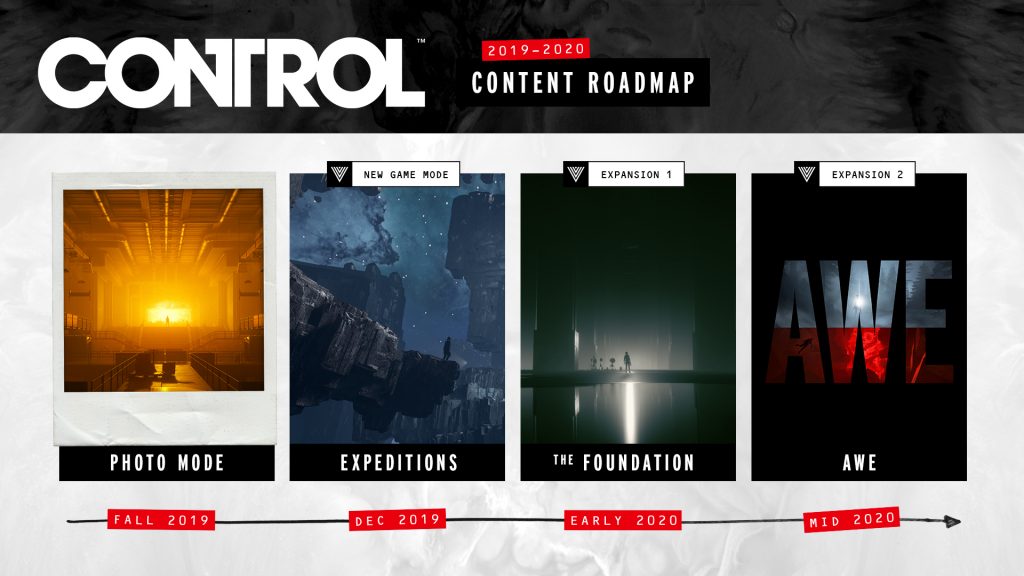 According to the official press release, the upcoming content includes:

The final expansion called “AWL” shows what appears to be Alan using a flashlight. There are a ton of Alan Wake connections in Control which could mean that Jesse will attempt to save Alan from The Dark Place.

Control is now available for PS4, PC, and Xbox One. Check out our review here.