Banjo Kazooie was confirmed for Super Smash Bros. Ultimate back at E3 2019. Now, the fighter can be purchased through the Challenge Pack or as a separate character. 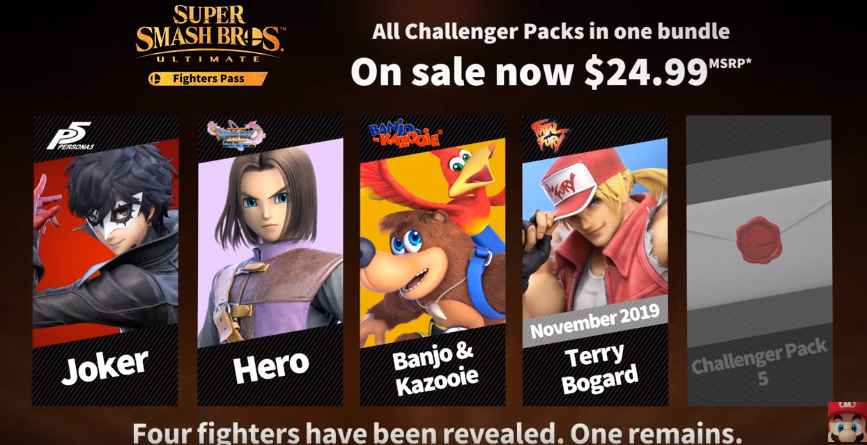 This is likely so they don’t have to develop a new game in the series and can continue to support the existing product. Which is a great idea and something Bandai Namco has been doing with their fighting titles.