Astral Chain is one of the PlatinumGames best works. A combination of musical scores, action, and narrative creates a brilliant adventure that rarely fumbles. Only the occasional sneaking sequence slows down this outstanding title. With you taking on the role of an elite operative that hunts down and kills deadly creatures using unique tools only available to a handful of people. Astral Chain is one of the best games to come out this year and another reason to purchase a Nintendo Switch. 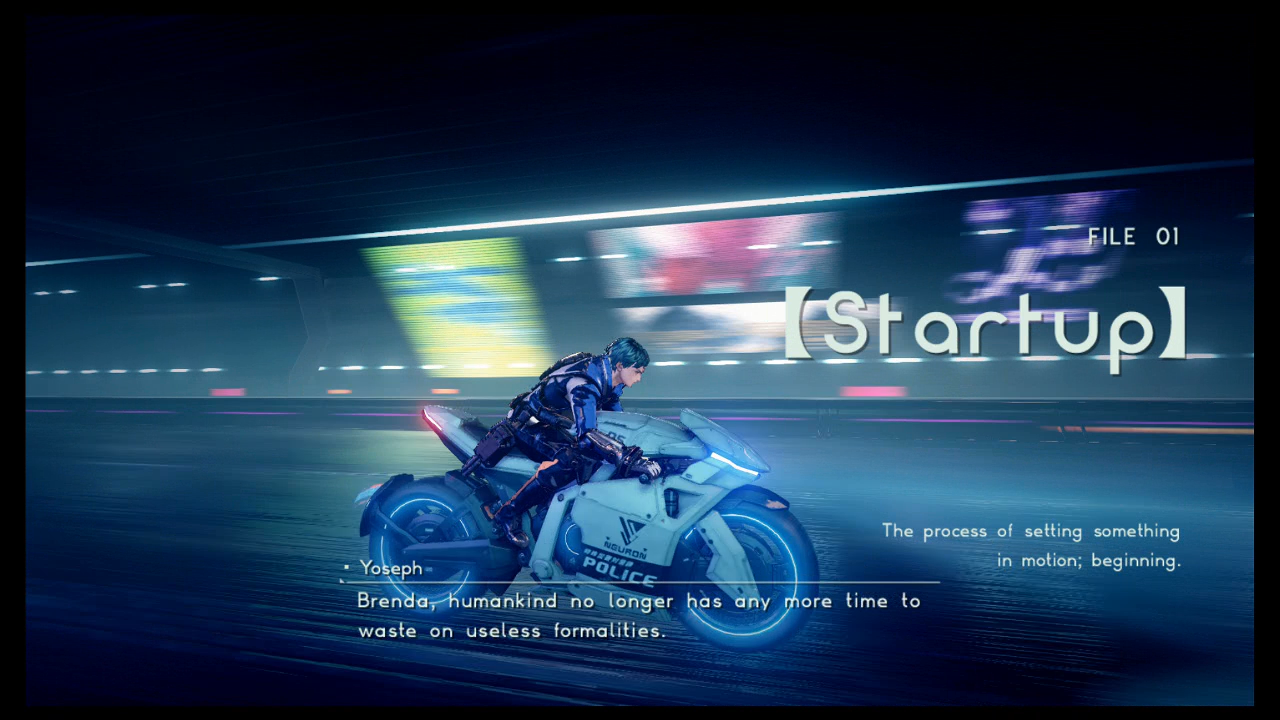 Set in 2078 humanity has been chased off their land and those remaining have to live in a megacity called the Ark. The earth has been taken over by an inter-dimensional race called the Chimera who live in a place called the Astral Plane. Using “Gates” the creatures can come into our world and infect or kill humans in violent ways. To combat this, a specialized police force called Neuron was created. This organization uses a special chain to capture Chimera to use in combat called Legions.

The story has you in control of the protagonist. A heroic figure that can accomplish the impossible and must save humanity. If that sounds barebones, it is but the execution of this concept is done well in Astral Chain. Thanks to incredible choreography, writing, and sound design. Profound moments, either emotionally or action-packed, have been designed to either wow the person watching or highlight a critically difficult moment for one of the characters.

Outside from the protagonist, the other characters are well-designed and voiced. Each one has unique personas but most are pushed to the background as the story progresses. This because of the level of challenges the player will encounter. As very early in the game you’re the only one able to command Legion and thereby the only one who can fight the Chimera.

The story has a lot of predictable moments. Those who’ve watched a lot of anime will be able to see where the story is heading but how the character reacts to these situations prevent these expected situations from getting stale. Akira, the protagonist’s sister, has a lot of profound moments and easily steals the show. Losing faith in herself, regaining her confidence before falling once again.

The choreography for some of these scenes are outstanding. With a mix of color and action that is simply a joy to watch. The action scenes are some of PlatinumGames best work and itself worth the asking price for the game just to see them. 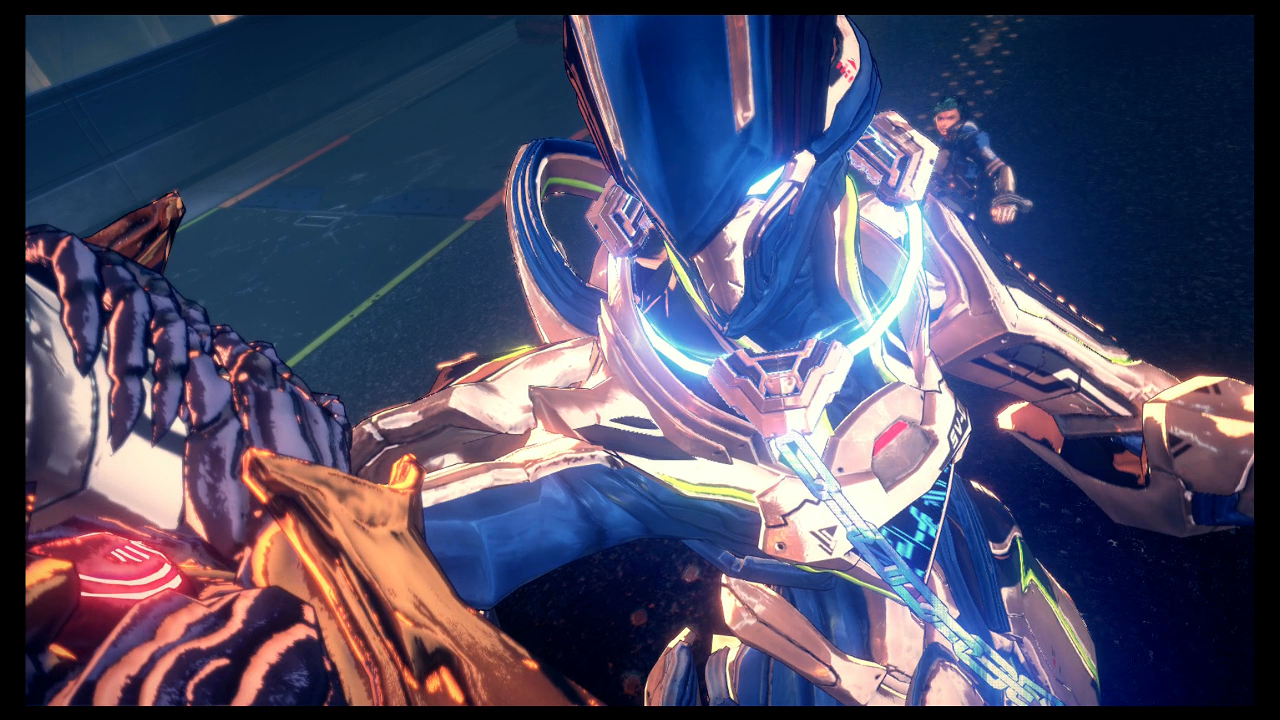 Time to Slice and Dice

PlatinumGames is notorious for creating outstanding gameplay experiences and Astral Chain seems like a combination of all the projects from the studio. With high-speed action that encourages mobility, speed, and precision against powerful god-like beings. With Astral Chain, all of that is here and then some.

Astral Chain is all about hitting hard and avoiding damage. Unlike NieR: Automata, your dodging requires much more precision. Damage can be fatal most of the time and you’re encouraged to keep moving. The Chimera has a large diverse army at their disposal and throughout the game, you’ll encounter a healthy selection of enemies. Some are reskins with new elemental type of attacks but each one requires specific strategies to defeat.

The protagonist has access to 3 weapons that include a light baton, long-range pistol, and heavy sword. Eventually several Legions join your party. You don’t gain access to new weapons but can power the existing items using resources and money earned by completing missions. Your Legions have a skill tree and mods that can enhance their abilities. With each Legion having access to specific talents such as the Sword Legion able to slice in specific directions like Raiden from Metal Gear Rising: Revengeance and the Axe Legion able to generate shields.

Astral Chain encourages creative thinking as you’re given a lot of options of how to take down enemies. Using your weapons and Legions are mandatory but you can also use the chain that binds your Legion. This tool can be used to bind targets and catch charging targets. This opens a wide range of opportunities as the enemies will never show any mercy. Especially the camera when in closed spaces. 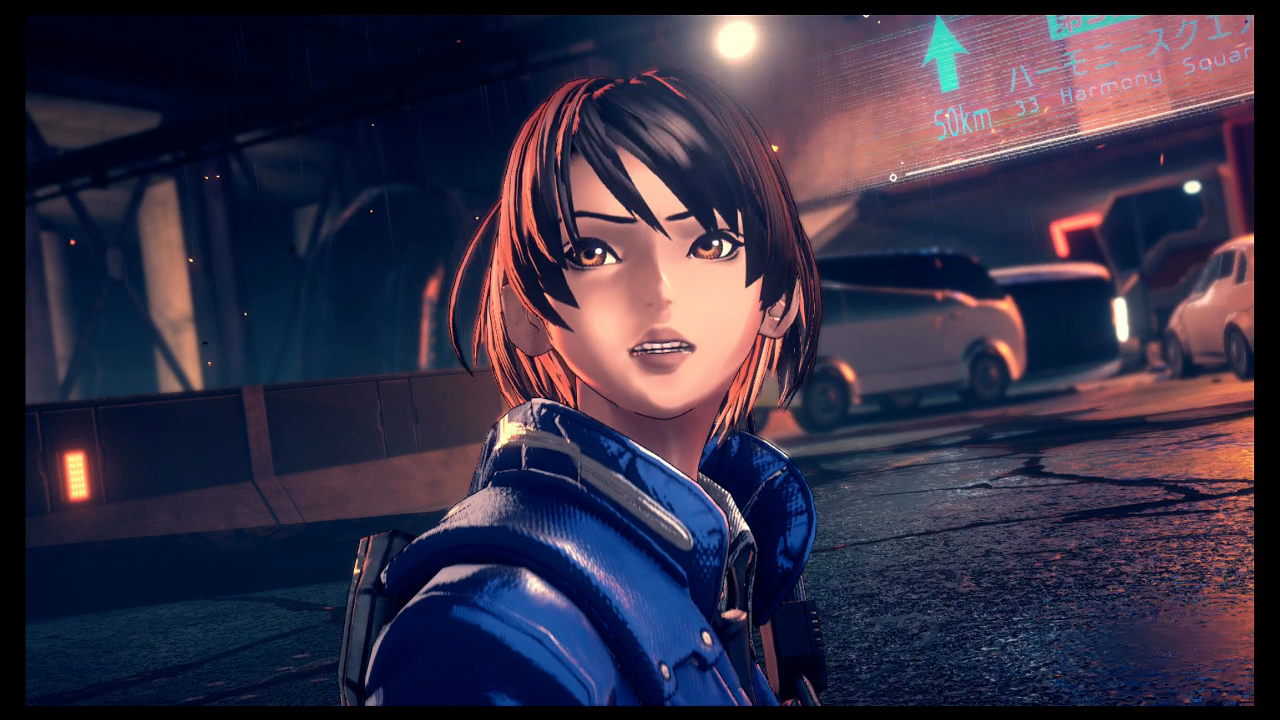 You’re a cop and occasionally you’ll have to chase criminals, solve crimes, and be a public servant. While these lack the excitement of killing a new Chimera they add to the overall experience. Having you gathering clues and putting them together to solve the case. Even the missions are providing like Police Files.

There’s a wide assortment of optional cases to take part in. Astral Chain encourages exploration as items are rare and money is given at a moderate rate. Despite having lots of junk to sell I never encountered a point where I was overprepared. In fact, if I didn’t complete the side missions I would’ve been underprepared. Especially with the game’s finale where your preparation is put to the test.

Some sequences aren’t that great though. It’s clear that PlatinumGames wanted to provide breaks for the action sections such as moving boxes and cleaning up traffic, these are the low points of the entire game. Having to sneak is extremely annoying since your protagonist sticks to surfaces like glue and platforming is another annoyance the environment will often knock you off when trying to leap from one platform to the next.

Puzzles provided that use your various Legions’ abilities. This does encourage you to replay missions as locked content is only accessible with certain Legions. Especially if you want that high ranking. Like in true PlatinumGame fashion, you’re rated for your speed, combat performance, and other factors during the end of each mission. 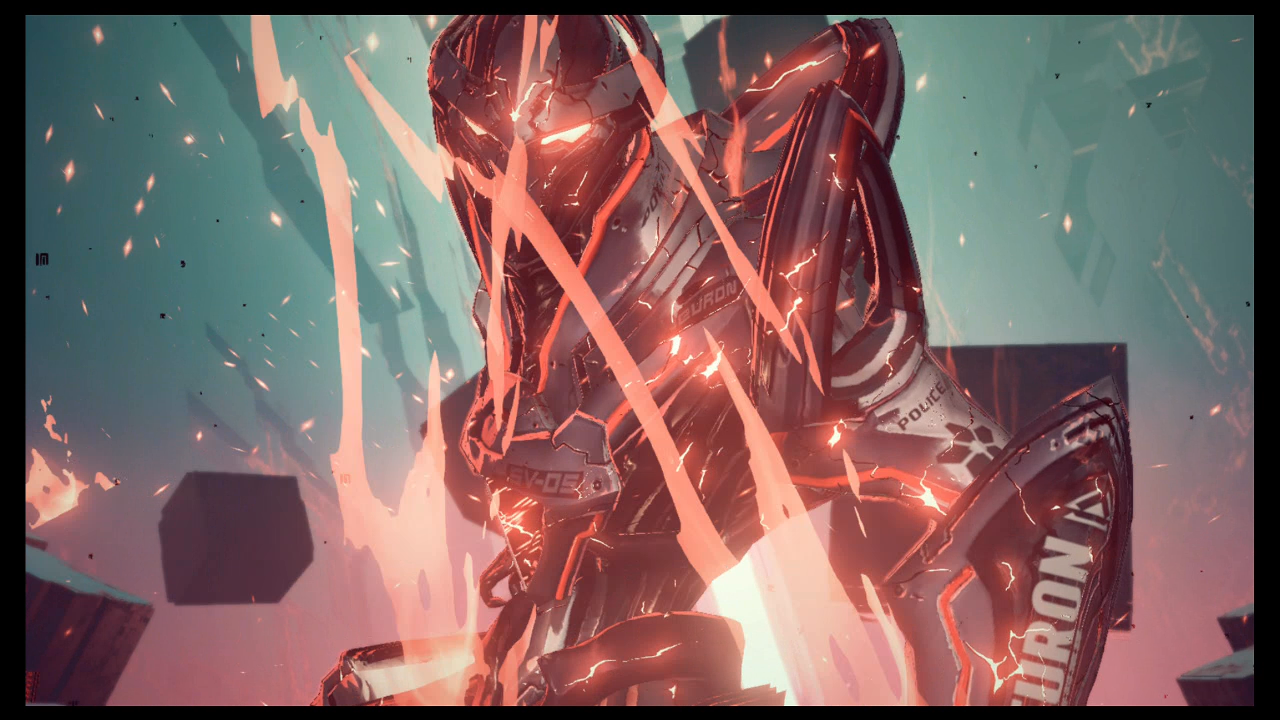 Add this to Your Playlist

What brings everything together; the combat, visuals, and story is the musical score. Each situation is complemented with a fitting music number, whether its one of those vexing sneaking sections or attempting to fight a new god-like being. Every one of these situations has a complementary soundtrack. It’s hard to talk about some of these tracks without spoilers but Astral Chain has one of the best boss tracks I’ve heard since Metal Gear Rising. 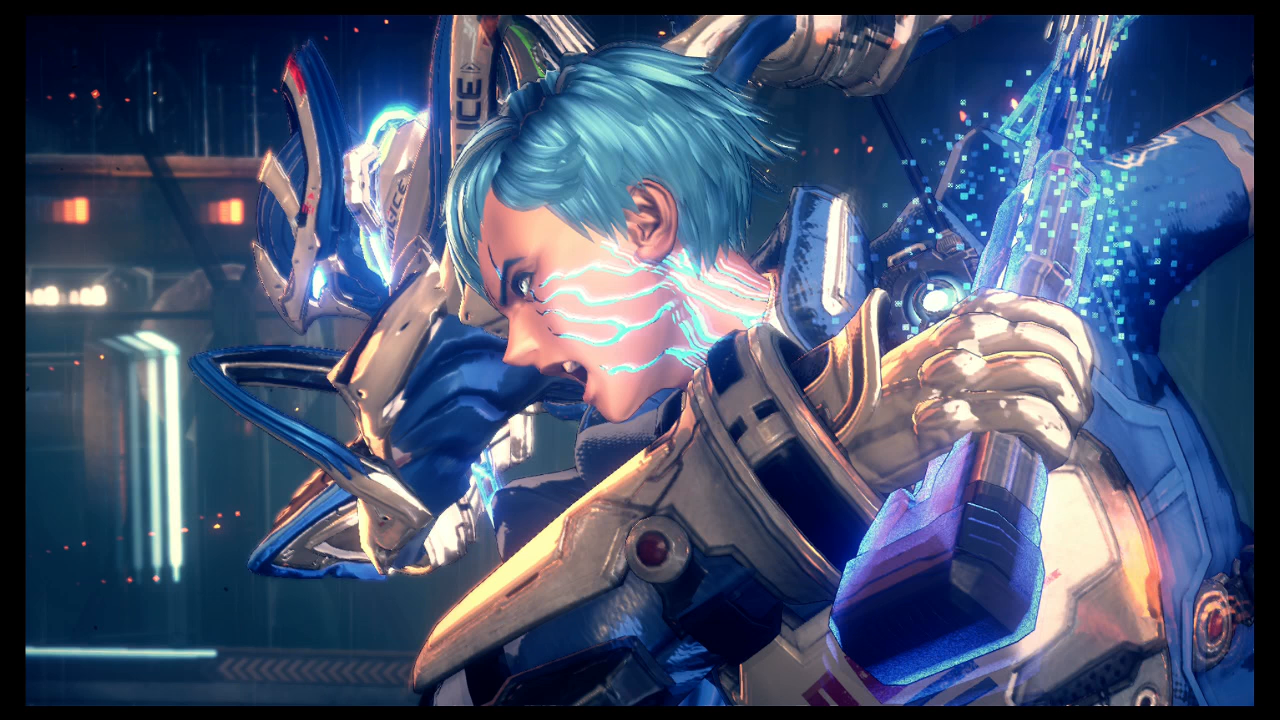 Astral Chain is one of the best games to come out this generation. The visuals, combat mechanics, narrative, and musical score combine with a surreal experience that is hard to put down. All leading to one of the best finales this generation, with a multitude of deeply emotionally charged moments and extraordinary boss battles. Astral Chain is another reason to purchase a Nintendo Switch if you haven’t yet.