As embedded as my love is for all things horror I can’t help but roll my eyes when a horror game comes out and seems to fumble around instead of engaging players with at least a competent experience. We saw it happen with Your Toy. While the game started out with a solid escape room vibe, it dropped the ball with some of its’ puzzles and the completely asinine cave sequence. While the second half of that game was close to redeeming it still wasn’t enough to give it a good review score. So how the hell does that tie into Silver Chains?

The time I spent bumbling around the house in Silver Chains, I couldn’t help but have some of the same thoughts I did while playing Your Toy. The beginning of the game starts with a car crash and quickly changes to the lead character waking up with a memory block that gradually lifts as the game goes.

He doesn’t remember any of his childhood or how he ties into the house. Couple that with the decrepit manner of the house and the heavy feeling in the atmosphere Silver Chains SHOULD have been a standout horror game but it misses the mark entirely for several reasons. 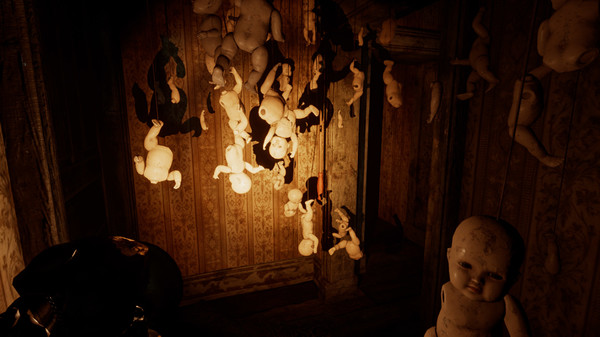 You Want Me To What?

There seemed to be an abhorrent lack of conveyance in the game. There were several times where I would have a direction to go and an objective but doing it would lead to nothing. Case in point there is a toy/lamp that requires the player to rotate it clockwise a few times, counter-clockwise a few more times, then clockwise again.

What it doesn’t tell the player is it was talking about the handle on the side of the lamp, not the lamp itself. The game also has the poster telling the player what to do, several rooms away from where the puzzle is. That makes going back and forth several times, as I did, an agonizingly dull and drawn out task. I tried attacking the puzzle in several ways. Moving the order of the turns, despite the puzzle showing 5 3 6 as the number of turns to do.

After about twenty minutes of me sitting in front of this lamp trying various methods, I finally tried counting the turns of the lever. It didn’t work at first but after several more attempts it finally popped open, almost by accident, I just bumped the mouse an extra time. It didn’t feel like a rewarding puzzle at all. In fact, I wished the game would have let me throw or break the lamp. That probably would have felt like a better pay off. 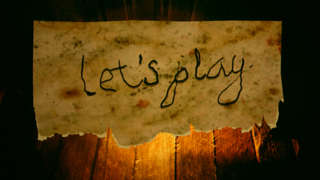 It Didn’t Have To Be This Way

One of the most noticeable blunders of Silver Chains was how it seems to flounder under its’ own setting. It seemed to take the broken and worn house setting from games like Resident Evil 7and tries to mix it with the ghost styling of Silent Hills. The problem is that unlike the ghost from Silent Hills, the one in Silver Chainsjust looks and feels goofy. When first encountered the creature is genuinely startling but as soon as you get a good look at it it doesn’t keep that same level of scare. It’s just a deformed version of the main character’s mom.

Her story is actually rather tragic. She loses her husband and slowly loses her grip on her mental state. There is some allusion that she may have been the reason for her husband dying. The doll, apparently holding his spirit, says that the main character’s sisters and the father lost their lives so the main character could leave.

The huge disconnect though came when she actually caught me, there was a typical loud noise to try to scare the player, but the model to the character had a blank look on her face. She also had just stiff-arm lifted me and snapped my neck. It just felt half-hearted and further cemented the game as a bland attempt at horror. 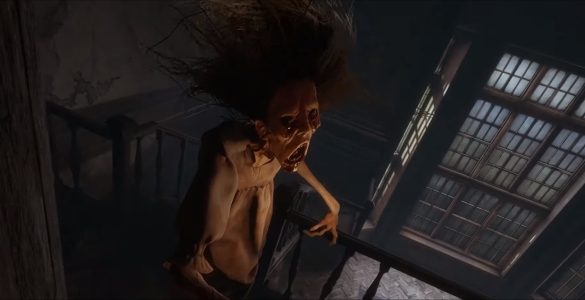 Breaking Up The Mechanics

The individual mechanics to the game were rather interesting and unique, at least when they are first introduced. I mentioned the lack of conveyance between game and player earlier. There was a mechanic that was actually pretty neat that had players look through a magical monocle that showed players locations on the map for parts to a puppet that apparently had the player’s father’s soul trapped in it.

Yes, that is real and I am not making that up. Any way the monocle showed the starting location for the player to stand, back in the puppet room it showed the exact number of steps the player needs to take. There were a few times I would take steps from the starting point and end up in a doorway or in looking at a wall with nothing on it. Having to use the monocle mechanic seemed like a great idea, I mean it works with the maps and riddles Sea of Thieves, but with Silver Chains being such an enclosed environment it just didn’t quite work out. 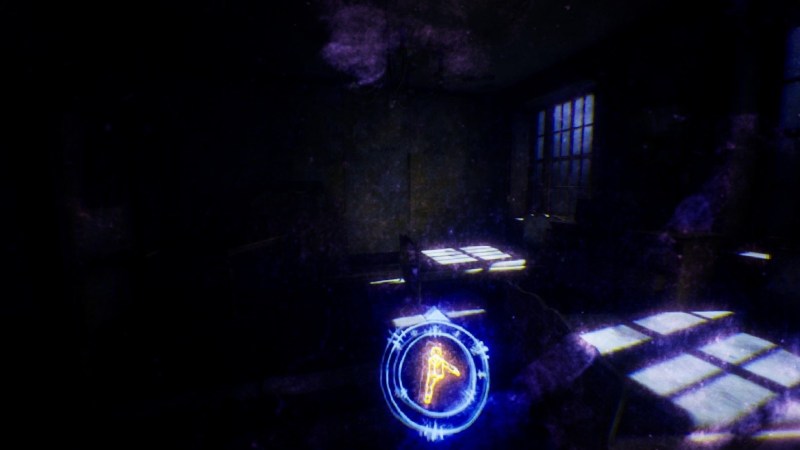 Scares With No Care

Jump scares are a tricky aspect to horror games. In games like the Five Nights at Freddy’s series and the original Outlast the jump scares worked and often lead to a much bigger payoff, especially in the latter. I can recall in Outlast an area where a man is impaled on a spike and as the player approaches move, not only startling the player but what he says improves the narrative and adds to the atmosphere in the game.

That just doesn’t happen in Silver Chains. There were many moments where asinine scares like the ghost’s of the main character’s sisters would just burst through a door as the player approached it. The only point to it seemed to be to open the door exhaustively and annoyingly. Sure it’s a scare that might get to a few players but the best kinds of horror games don’t rely on that kind of cheapness. 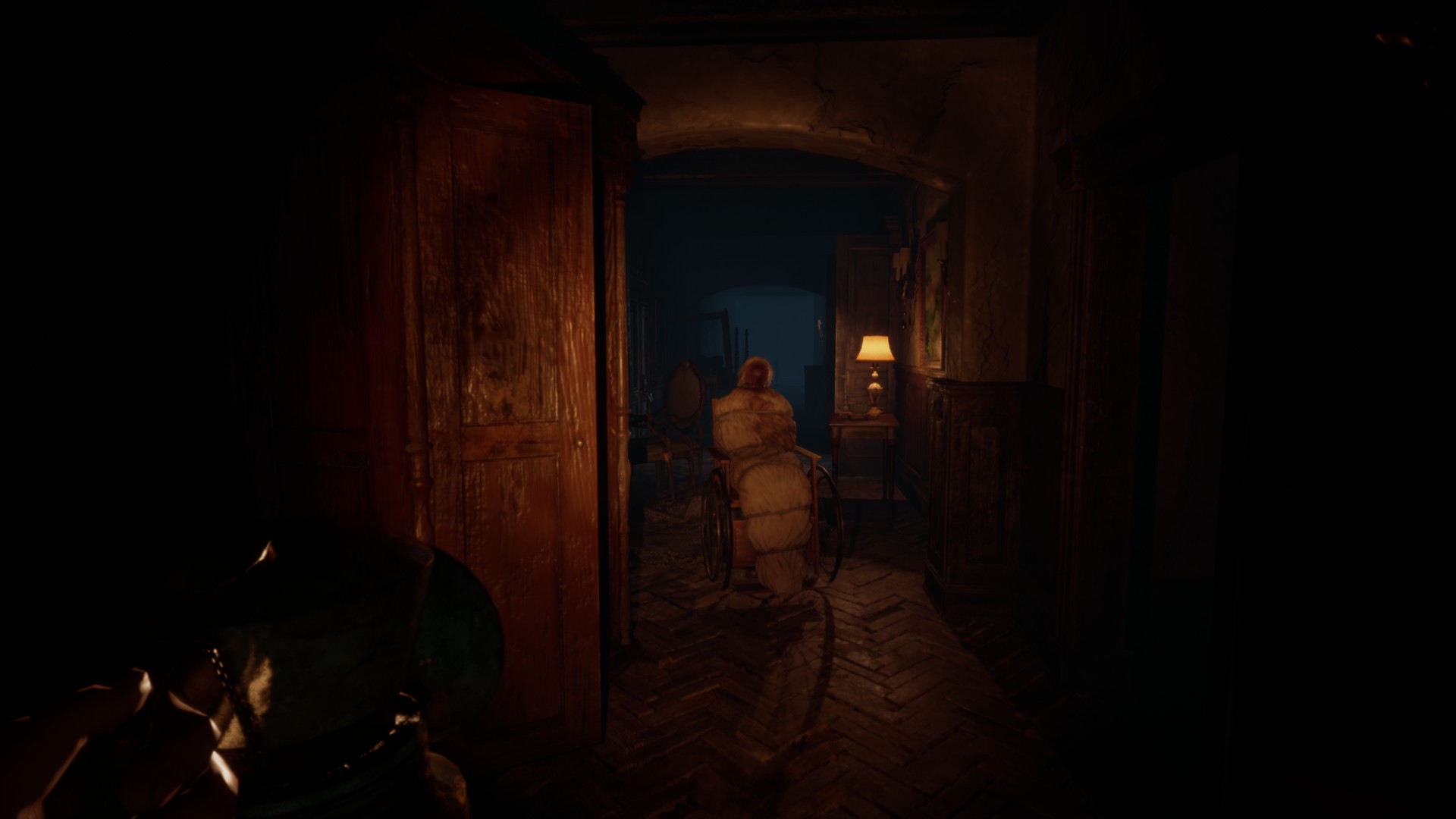 Take a look at Silent Hill 2, while being different from Silver Chains in several ways they are both, effectively, horror games. Part of what made Silent Hill 2 so enjoyable was the impending darkness and heavy atmosphere the game had. Enemies didn’t pop out all the time, ghosts didn’t flash in front of the screen, and that made them all the more terrifying when they did show up.

When the combat was involved, part of what made the combat scary in Silent Hill 2 was (outside of the bad controls for it) the fact that you were playing the dull every man, that is James. He wasn’t some brick shit-house who could go eight rounds with a fighter. James, much like the player, was a scared individual flailing an attack at a grotesque monster.

Tying It All Together

Considering there isn’t any combat in Silver Chains it may seem irrelevant as to why I brought it up. Well everything in Silent Hill 2 tied together perfectly to make arguably one of the best horror games of all time. The combat, the suffocating atmosphere, the intoxicating mystery and characters all made it so lovable and frightening. In contrast Silver Chains misses all of that. It fumbles under a great set up, has a monster that becomes laughable up close, and it just became incredibly frustrating at some parts do to extreme lack of conveyance between the player and the game.